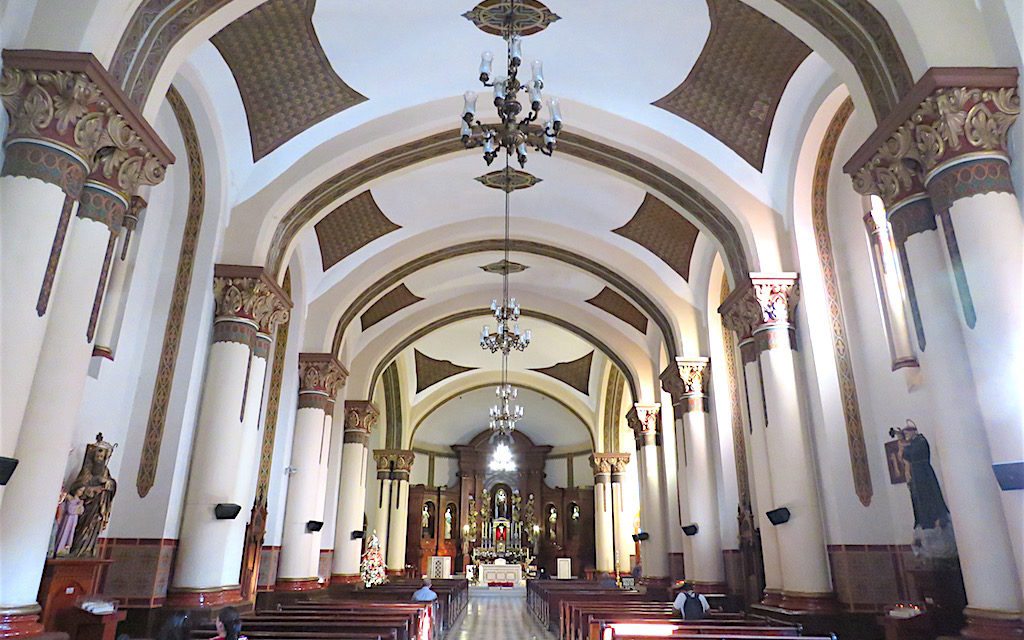 Iglesia San José is a notable and historic Roman Catholic church located in Medellín, which is worth seeing if you like old churches. Furthermore, this Romanesque-style Catholic church has many pieces of religious artwork. This church is located in El Poblado across Avenida Poblado from Parque Poblado. 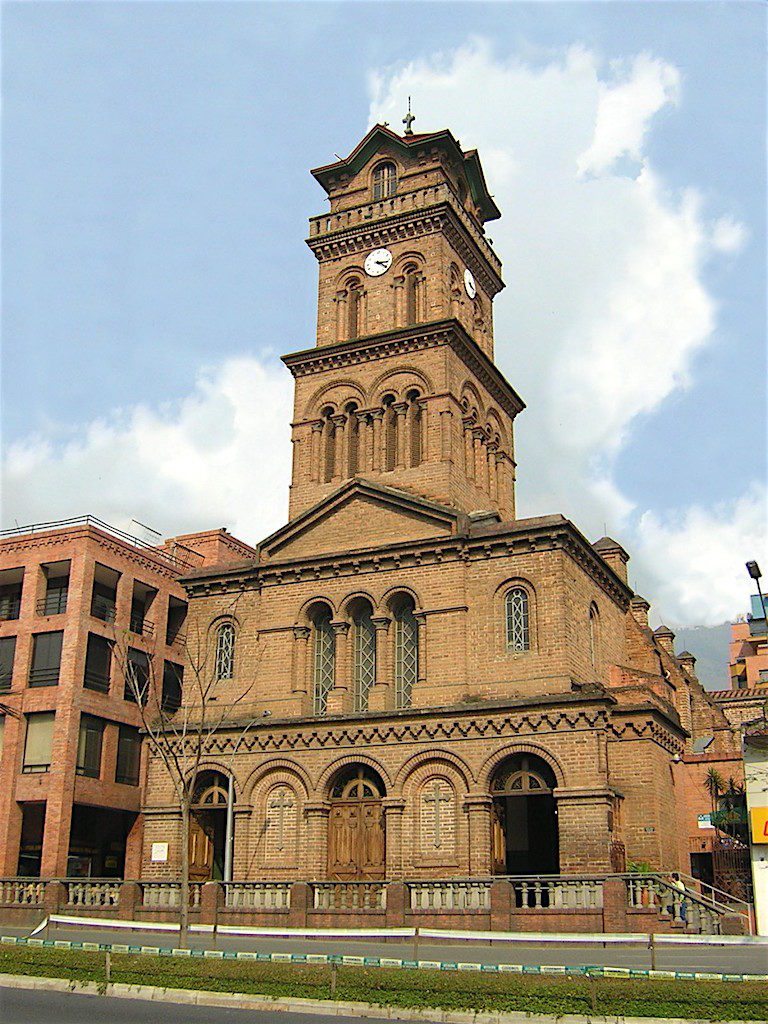 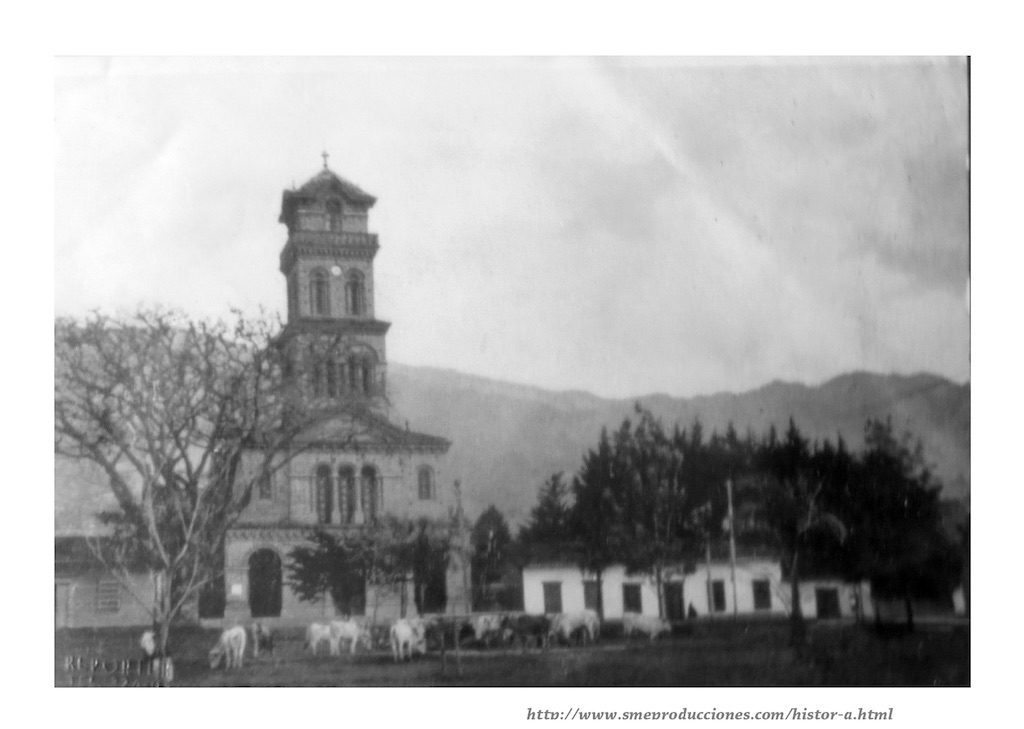 Iglesia San José in El Poblado is a Romanesque-style church that was built in the mid-1800s. And it opened in 1867.  The architect who designed the church plans and directed its construction was Horacio Mario Rodríguez Márquez. 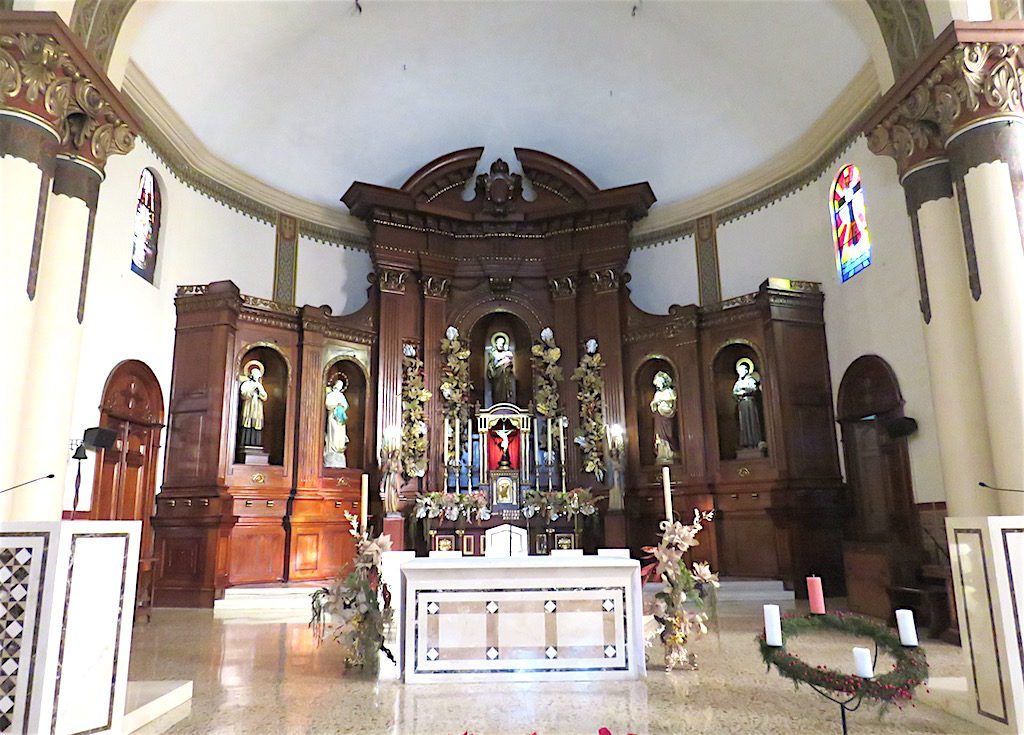 Inside the church you will find a beautiful interior that is white with gold, green and maroon trim. And the church has wooden pews. 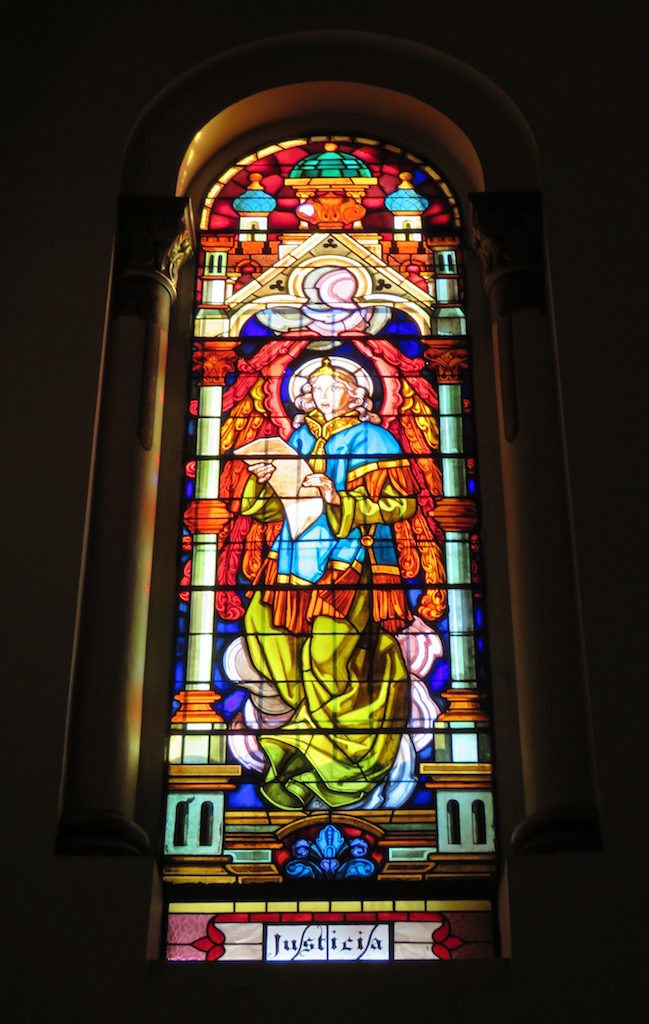 One of the beautiful stained-glass windows in Iglesia San José 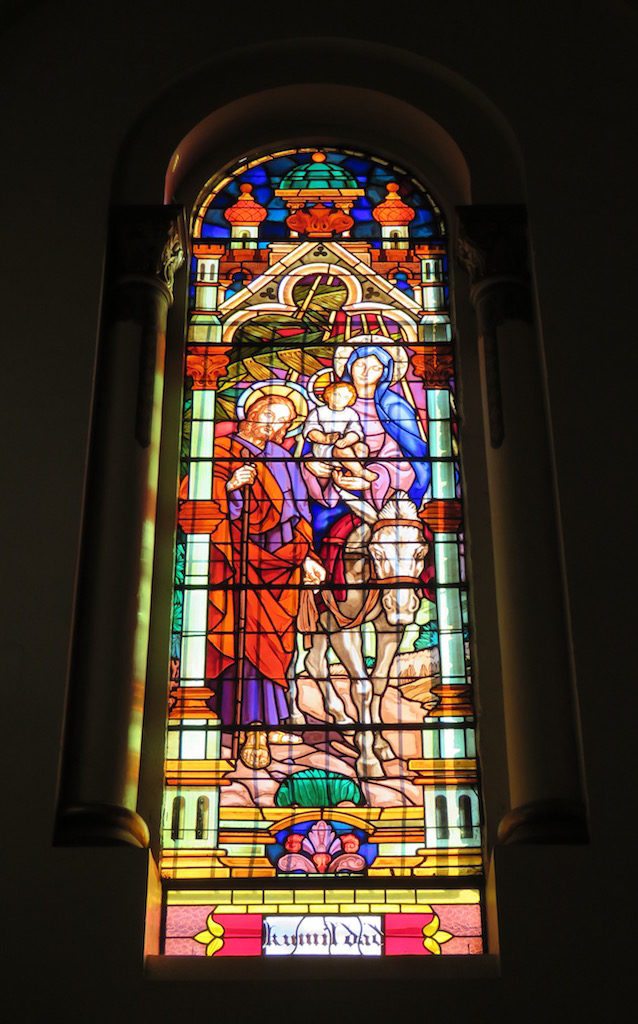 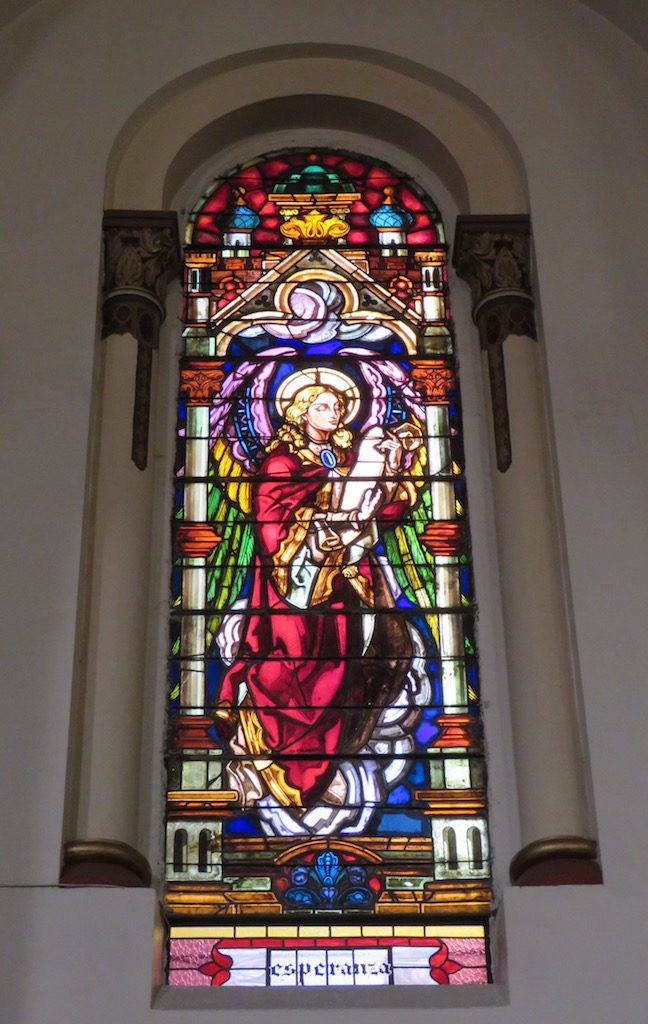 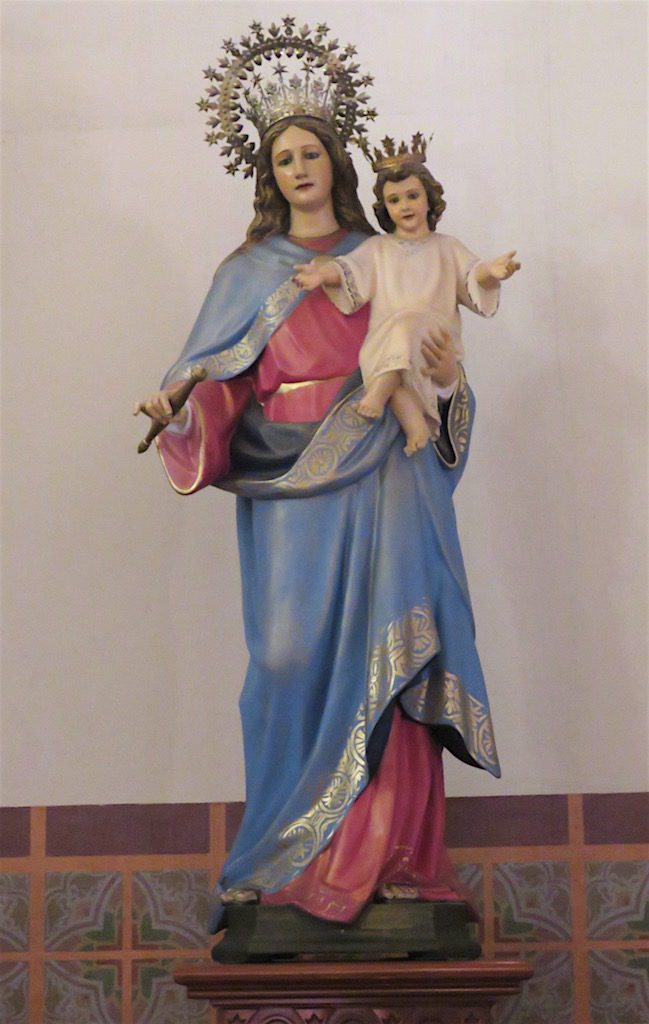 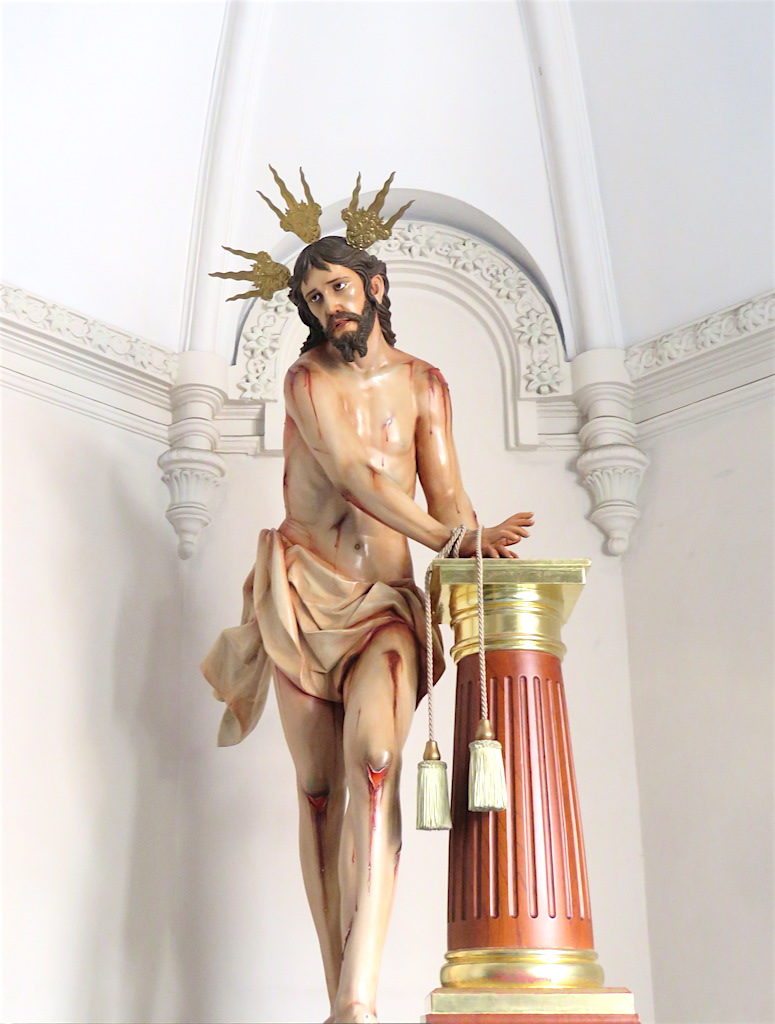 Another piece of religious artwork 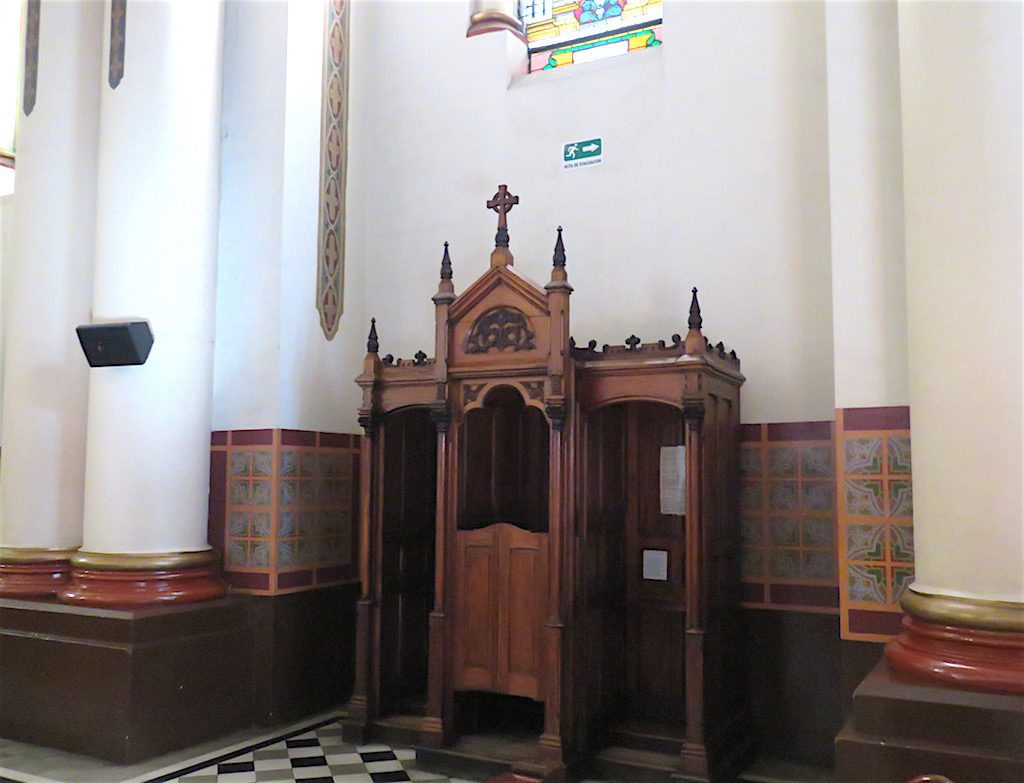 Like many other churches in the city, Iglesia San José has confessionals on both the right and left sides.

In addition, Iglesia San José is a smaller church than the other churches we have looked at.

How to Get to Iglesia San José

This is a major street that is safe to walk on during the day. Also, if you aren’t looking for the exercise walking uphill, there are normally taxis available at the Poblado metro station. 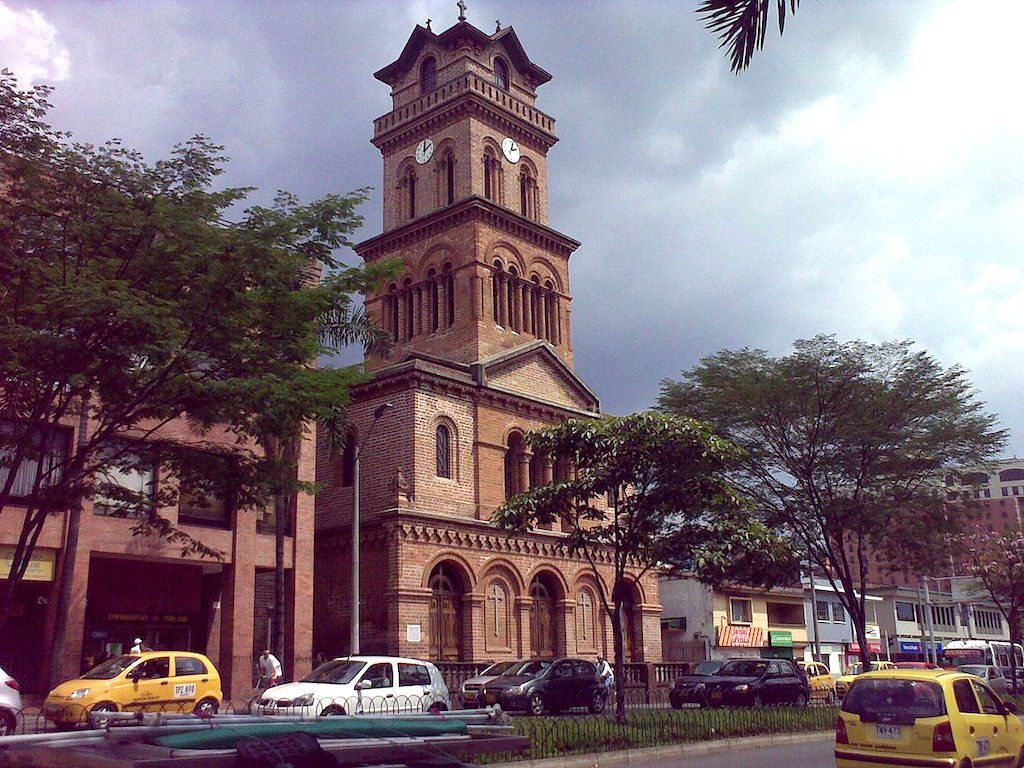 Furthermore, all taxi drivers in Medellín will know where Parque Poblado is located.

Christmas lights in Parque Poblado in 2017

Parque Poblado is a plaza that is one square block plaza, which has Iglesia San José across the street on one side and small shops and restaurants on the other sides.

During Christmas, Parque Poblado always has some Christmas lights set up. In addition, the park has a number of shade trees. So, it is a convenient place to meet up with friends.  And sometimes there are booths set up along Avenida Poblado selling arts and crafts.

Around the park within a few blocks you will find many restaurants, bars and shops. And the popular nightlife area Parque Lleras is only three blocks away. 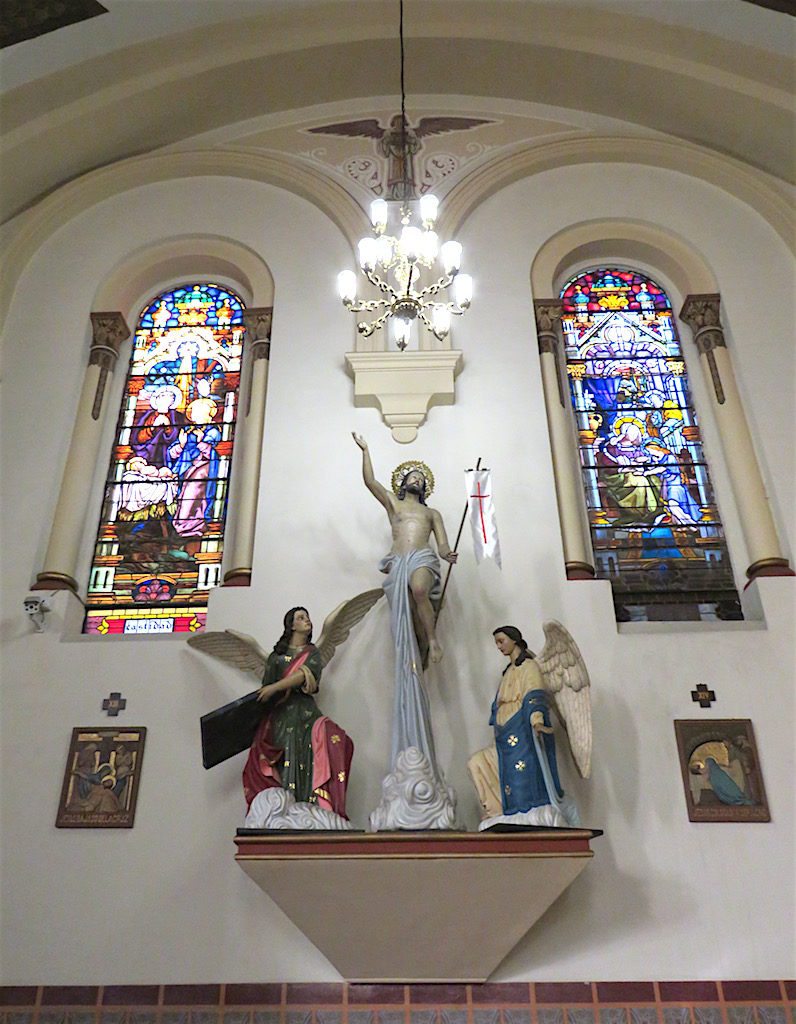 Iglesia San José in El Poblado is not found in any of the 10 English language Colombia travel guidebooks that I have. But it’s worth stopping to see this beautiful and historic church. And it’s easy to get to since the church is located next to Parque Poblado, which is not far from the Poblado metro station. 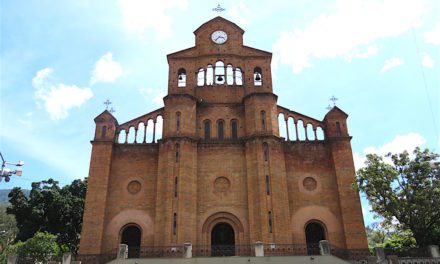