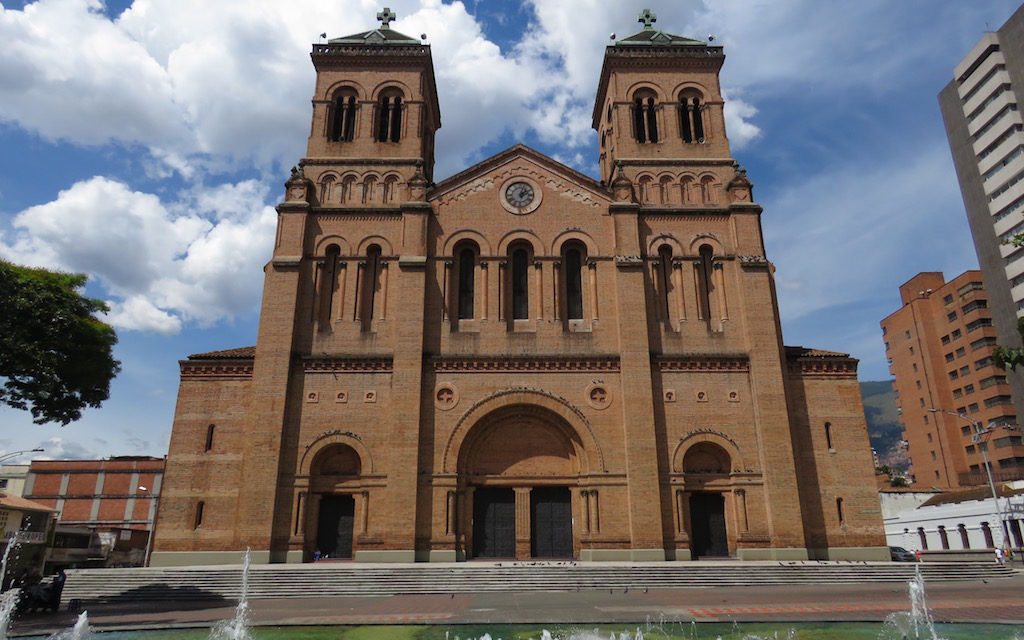 Catedral Basílica Metropolitana de la Inmaculada Concepción de María (Metropolitan Cathedral of Medellín) is the main church of the Archdiocese of Medellín and is the largest church in the city.

Furthermore, it’s considered the most important church in the city, as it’s the seat of the Archbishop of Medellín. In addition, the church is considered a tourist attraction in the city.

This Roman Catholic church is reportedly the largest brick cathedral in the world. And it’s supposedly the largest church in South America. About 1,120,000 adobe bricks were used in the construction of the church. This neo-Romanesque style church is located in El Centro, directly north of Parque Bolívar.

Catedral Basílica Metropolitana is impressive to see. And it could potentially be added to our recommended tourist itinerary for a day in Medellín.

In addition, we included Catedral Basílica Metropolitana in our list of the top 14 churches in Medellín and the Aburrá Valley.

In 1948, Pope Pius XII granted the liturgical title of Basilica Minor to the church. Most noteworthy, Catedral Basílica Metropolitana was named a National Monument of Colombia in 1982. 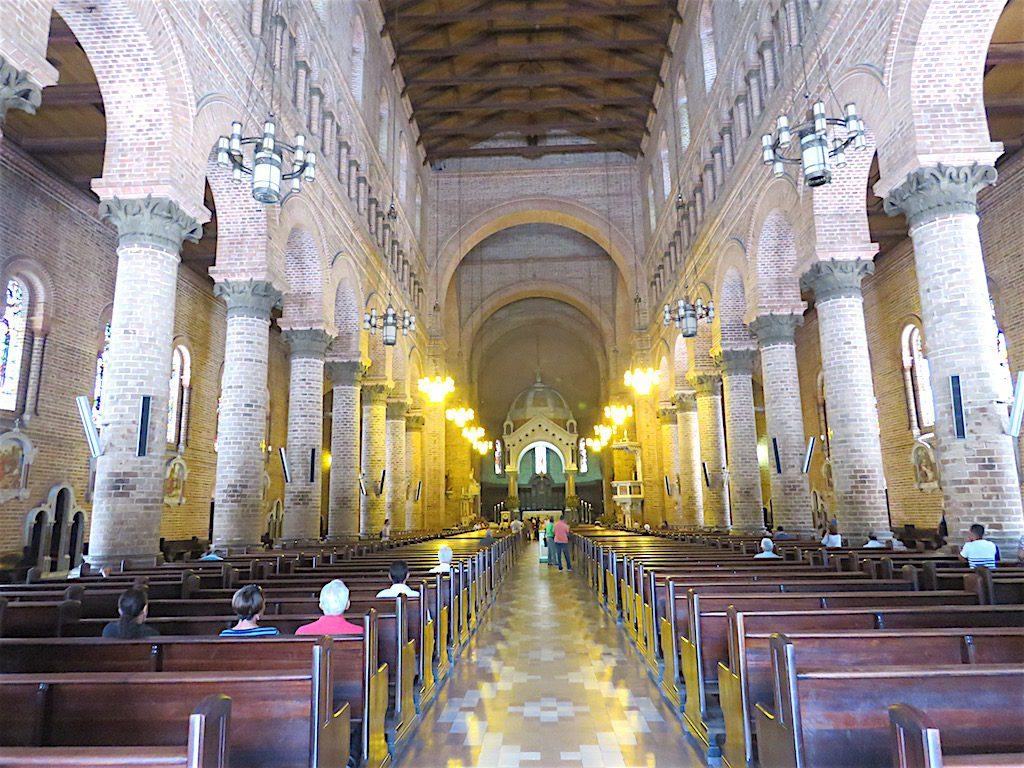 The central nave inside the church

When Valerio Antonio Jiménez became the bishop of Medellín in 1868, he insisted on construction of a new church in the city. This was due to the Iglesia de La Candelaria church being used by the Diocese at the time was considered too small.

The land that Catedral Basílica Metropolitana was built on was donated by English engineer and philanthropist Tyrrel Moore. And directly south of the land where the church was built is Plaza de Villanueva, which was additional land donated to the city by Moore and was renamed as Parque Bolívar.

Under Bishop Bernardo Herrera Restrepo, a second phase of the church construction started in 1886. Also, the previous design was discredited. So, French architect Carlos Carré developed a new design.

Carré continued his work until June 1894, leaving much of the central arches and the plans with sufficient guidelines to the builders to use to finish the building. Carré was replaced by Heliodoro Ochoa and Salvador Ortiz, who were linked to the work until they died in 1916 and 1919, respectively.

In 1902, the Diocese of Medellín was elevated by Pope Leo XIII to the category of Archdiocese. Archbishop Manuel José Caycedo arrived in 1906 and was linked to completing construction of Catedral Basílica Metropolitana. 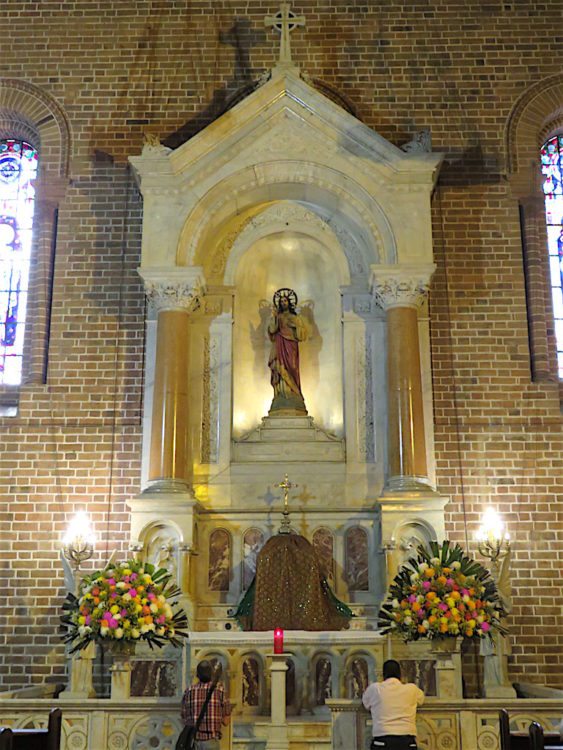 Altarpiece of the Tabernacle and of the Heart of Jesus, located on the east side of the church

The interior of Catedral Basílica Metropolitana is brick with many columns. And the church has many works of art, including paintings and sculptures by renowned artists. 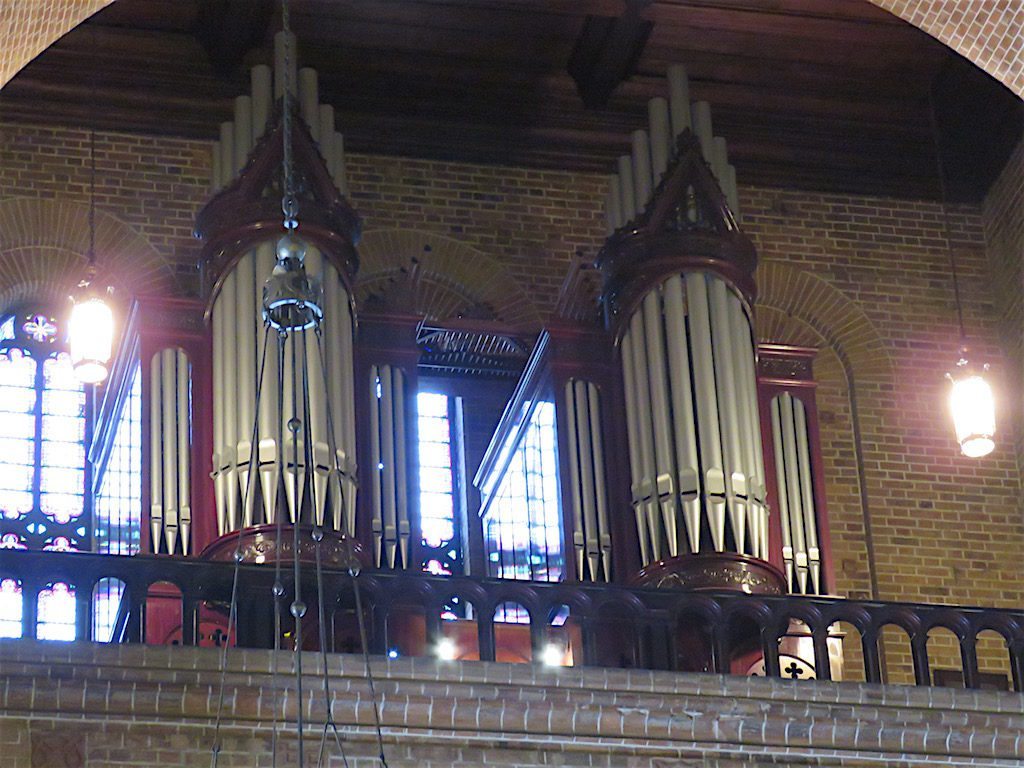 The organ in the church was built by E.F. Walcker & Cie. in Germany in 1932 at a cost of $25,000.  The organ was shipped by boat to Colombia and it traveled up the Magdalena River to Puerto Berrio. From there it was shipped to Medellín on the Antioquia railroad. And it was installed in the church in 1933. 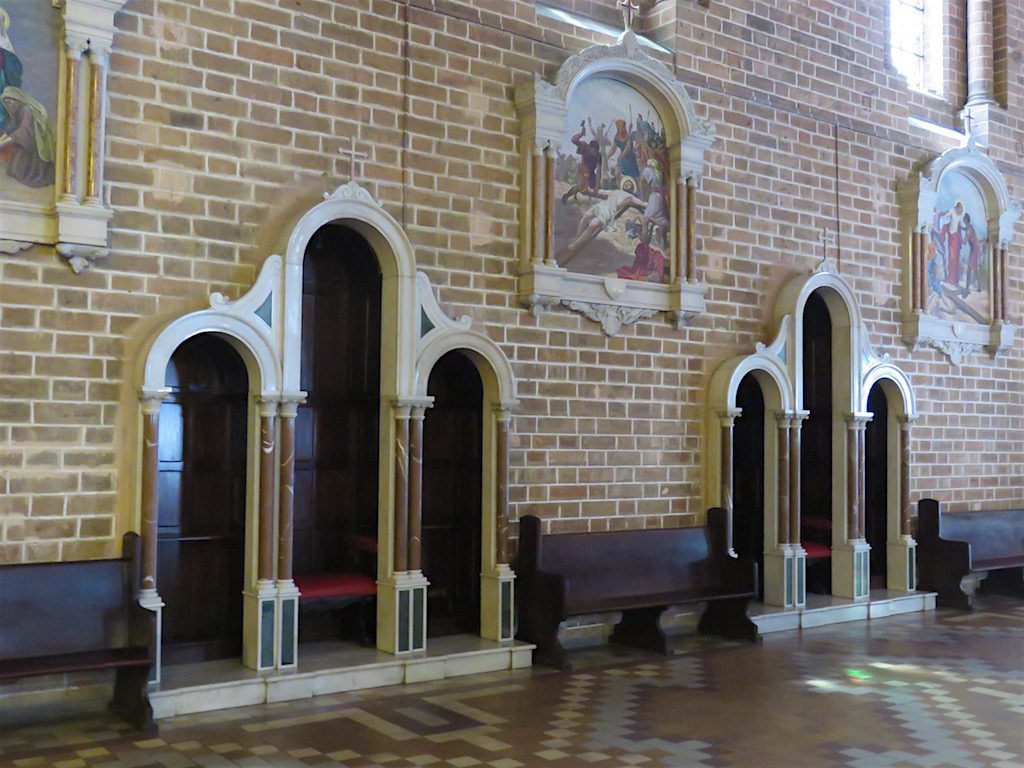 The church has a total 12 confessionals located along the two sides of the church. And each confessional consists of a center portion for the priest and two sides for the penitents.

In addition, the church has a small religious museum consisting of four rooms, which is located in a room next to the basilica. I asked to see this small museum in the church. But unfortunately, it’s not open to the public. 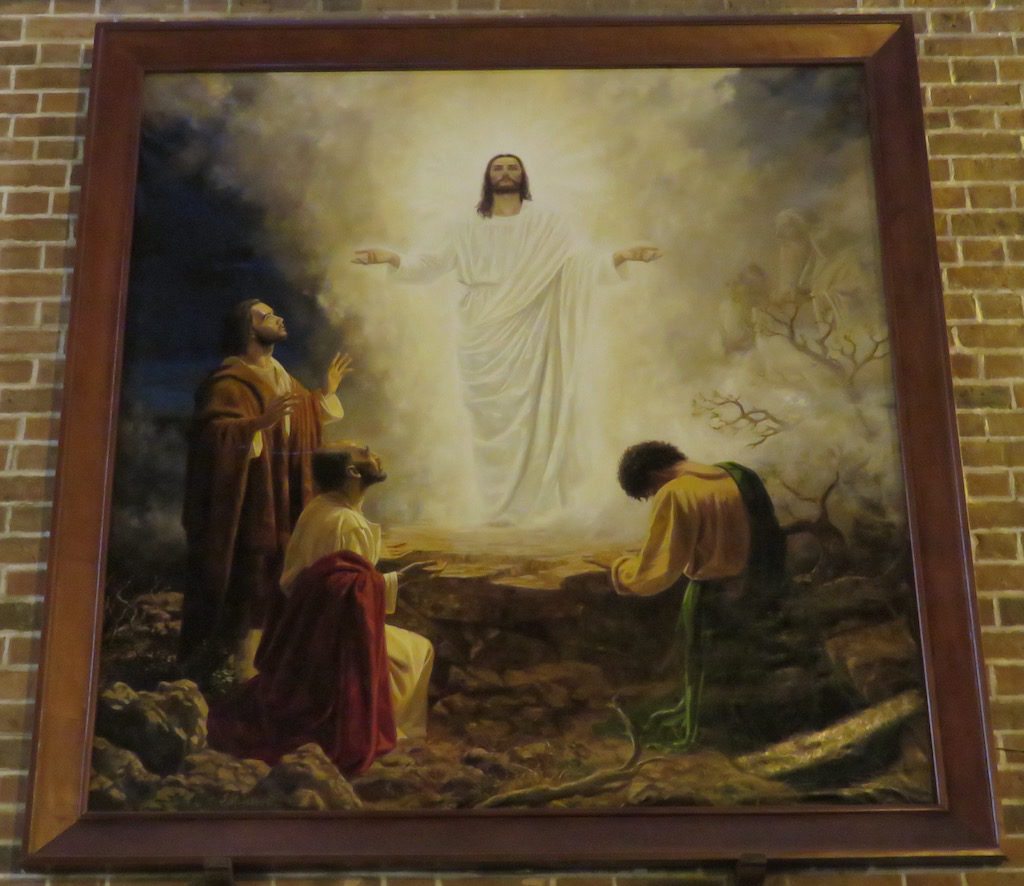 One of the paintings in the church

One of the many art pieces in the church 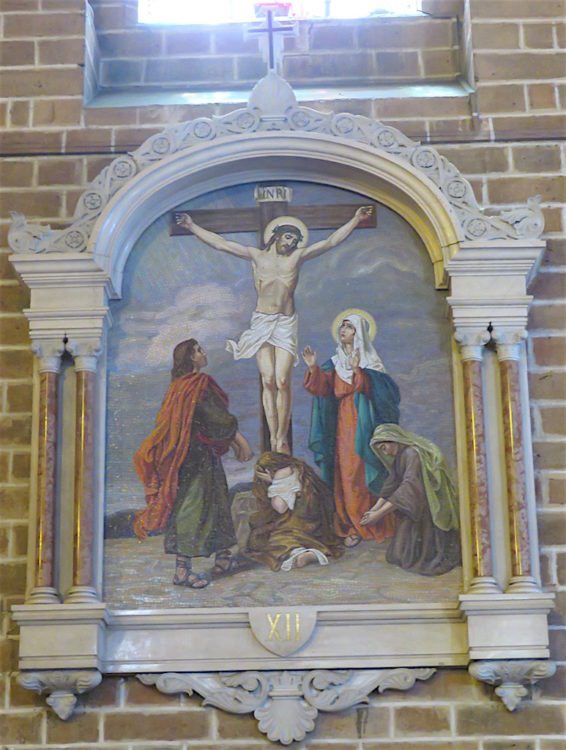 Another of the many art pieces in the church 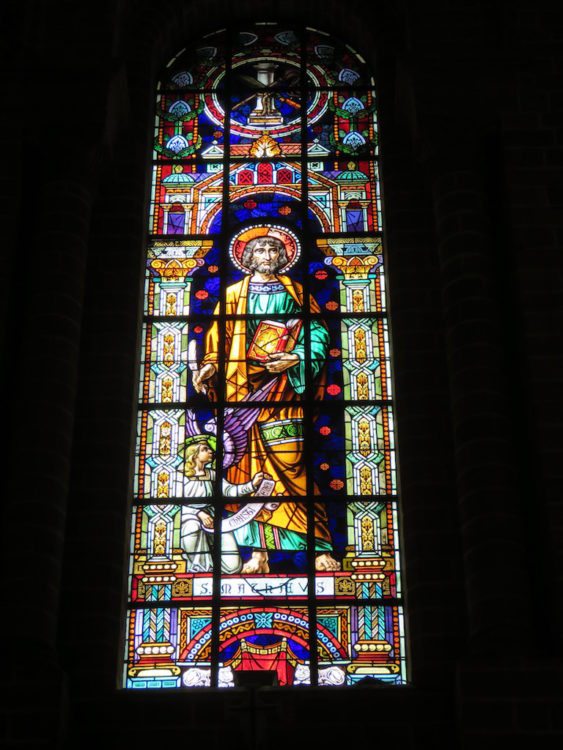 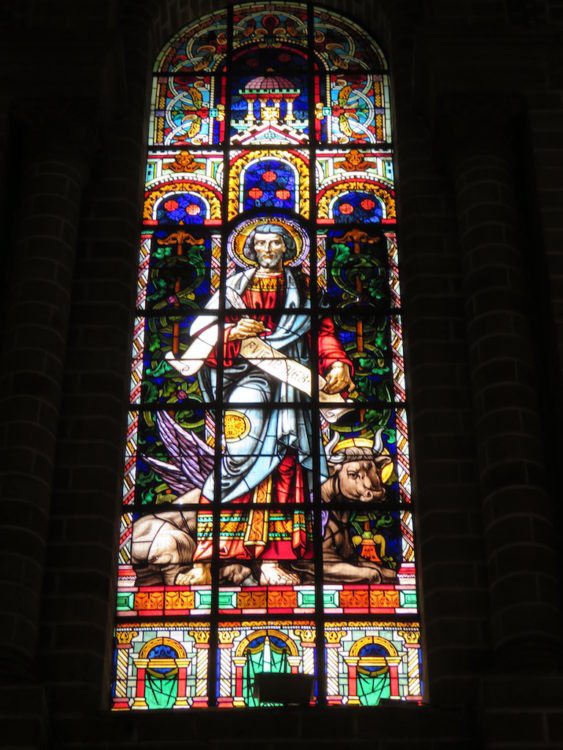 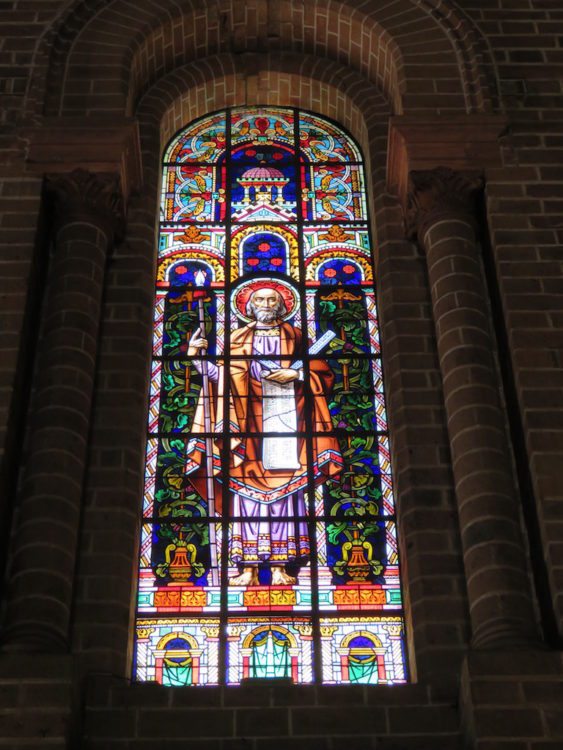 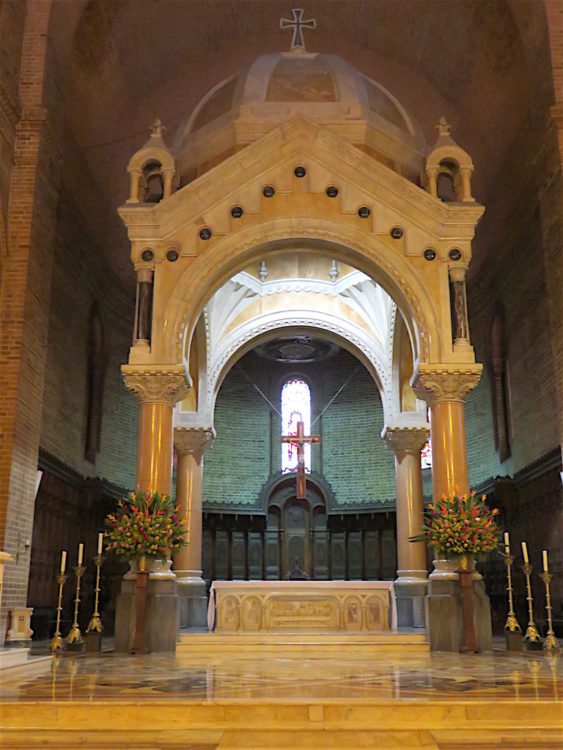 In 2009, the organ in the church was renovated at a cost of 630 million pesos with the German government contributing 70,000 Euros, as the organ is one of the few German organs built before World War II that is still preserved. The city of Medellín and the Government in Antioquia as well as private companies all contributed to the renovation that was completed in 2010.

Reportedly Catedral Basílica Metropolitana needs more renovation work done based on a study done several years ago, which assessed the condition of the building.

The cathedral has some structural deficiencies, settlements, cracks, moisture and deterioration of brick. This is to be expected of a large brick building this old. But fortunately, nothing is critically wrong with the building. 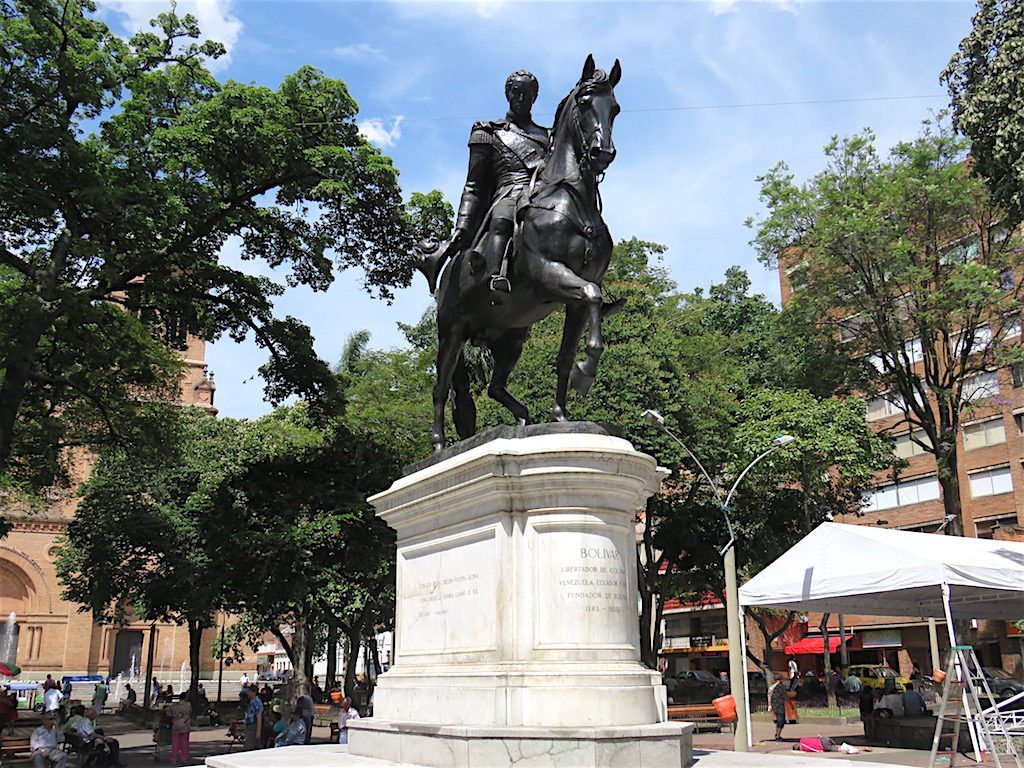 In the park, you will typically see many vendors. Also, open-air concerts are held in this park the first three Sundays of each month at 11:15 am. In addition, there is a crafts fair on the first Saturday of each month in the park. 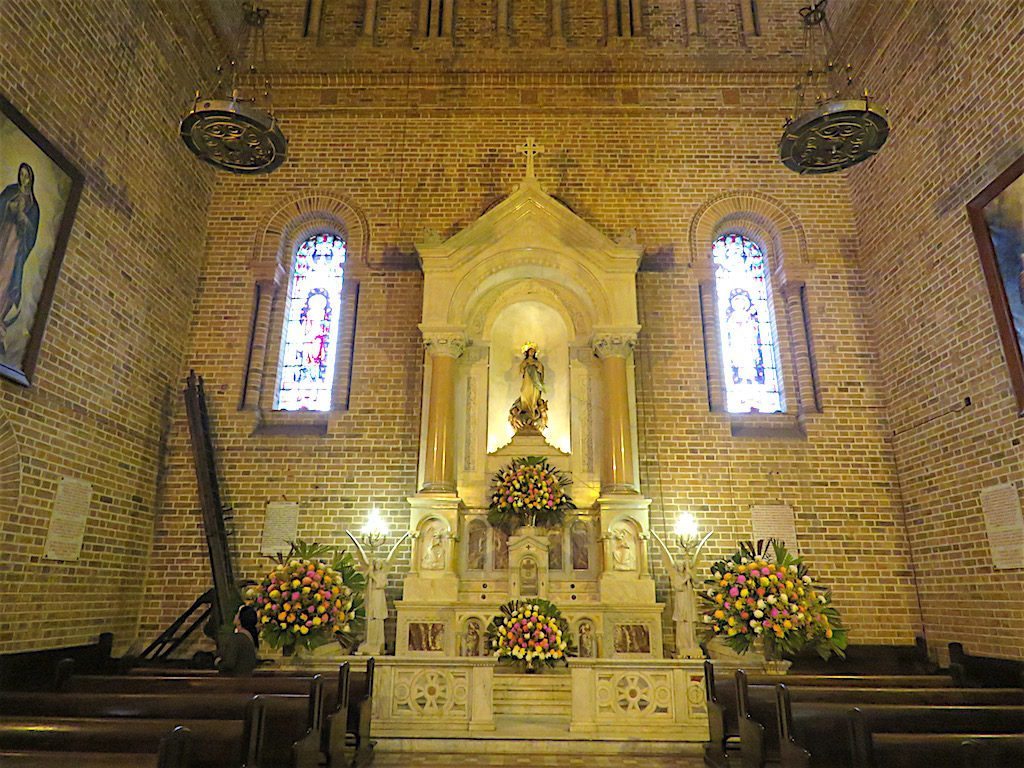 Altarpiece located on the west side of Catedral Basílica Metropolitana 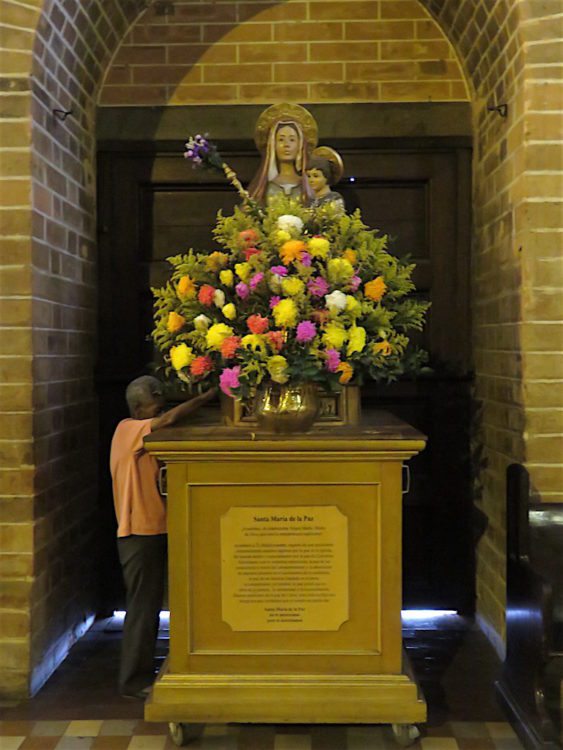 How to Get to Catedral Basílica Metropolitana

Also, all the taxi drivers in the city will know where Catedral Basílica Metropolitana is located.

This church is normally open in the mornings, as masses are held hourly in the morning. In addition, it closes in the afternoon. And it opens again for the last mass of the day, which is at 6 pm daily and also at 7 pm on Sundays.

Catedral Basílica Metropolitana is one of the few churches found in the 10 English language Colombia travel guidebooks that I have. It’s worth stopping to see this notable Roman Catholic church if you like old churches. 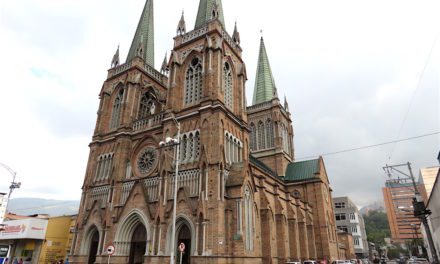