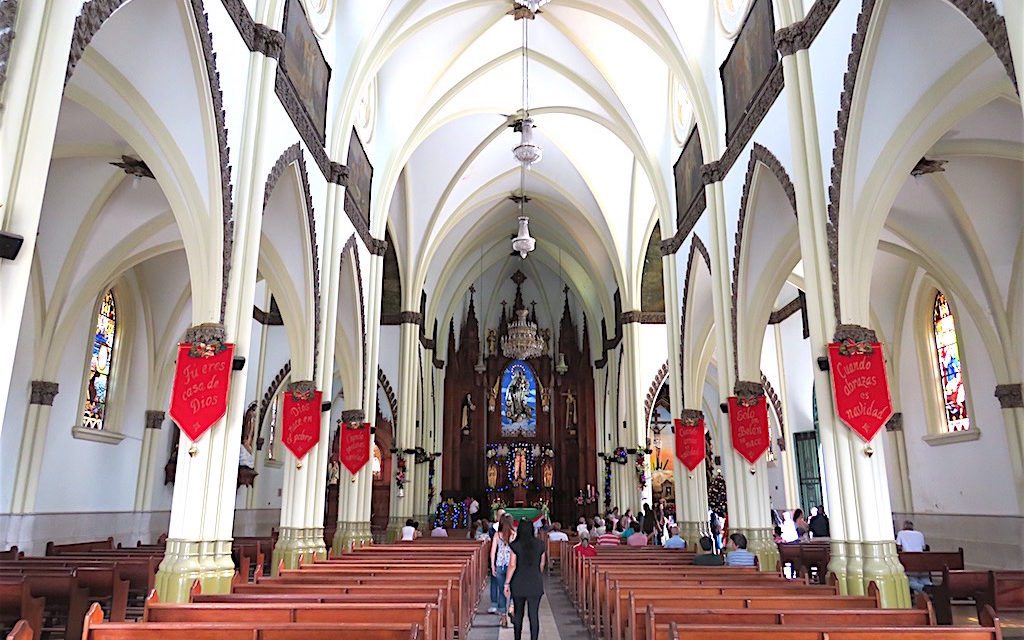 Iglesia del Señor de las Misericordias is a notable and historic Roman Catholic church located in Medellín, which is worth seeing if you like old churches. Furthermore, this neo-Gothic-style Catholic church has many pieces of religious artwork.

Iglesia Señor de las Misericordias is located in the Manrique neighborhood of Medellín north of El Centro. Also, the church is colloquially known as the Church of Manrique.

In addition, we included Iglesia Señor de las Misericordias in our list of the top 14 churches in Medellín and the Aburrá Valley. 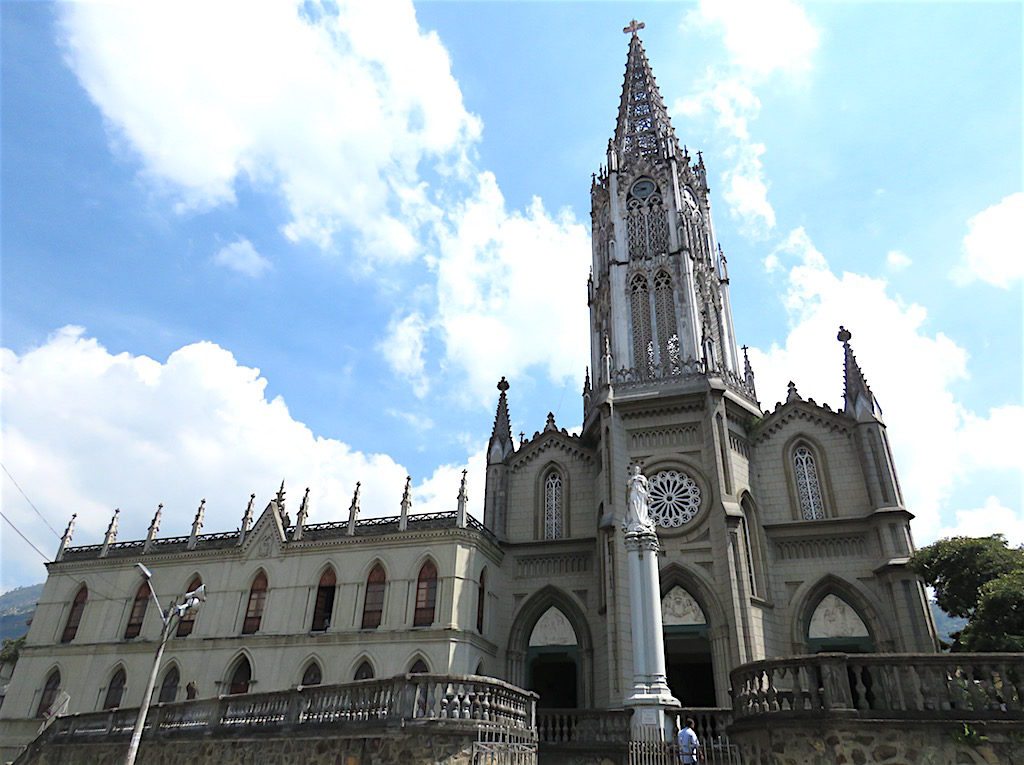 Iglesia Señor de las Misericordias was reportedly built between 1921 and 1931. The church was designed in a neo-Gothic-style by architect Andrés Lorenzo Huarte.

Adjacent to the church is convent of Hermanos Carmelitas Descalzos. The church and the convent occupy the entire block in Manrique from Calles 67 and 68 and Carreras 47 and 48.

Iglesia Señor de las Misericordias has a built of area of ​​about 13,100 square feet (1,216 square meters) and its tower is 646 feet (60 meters) high. This tall church can be seen from the metro as it stands out compared to the nearby shorter buildings.

The Iglesia Señor de las Misericordias church and adjacent convent were declared a cultural, artistic and religious patrimony of Medellín in 1999. 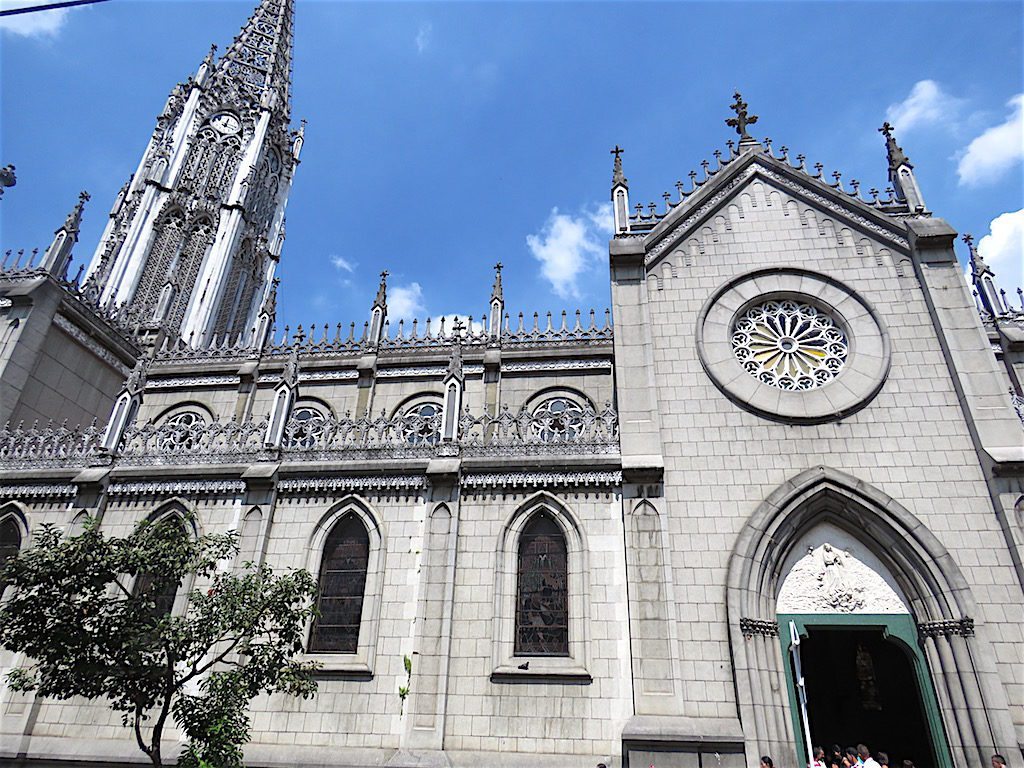 Side of the church showing some of the architectural details

The convent was restored in a project that completed in January 2009. In addition, the church reportedly is in need of restoration. The passage of time has generated a gradual deterioration of the structure of the church including the roof, walls and the atrium.

Iglesia Señor de las Misericordias has many complex details such as ornaments and artistic architectural elements that require greater restoration precision, which is costlier. And the church reportedly has been trying to raise funding for a restoration project. 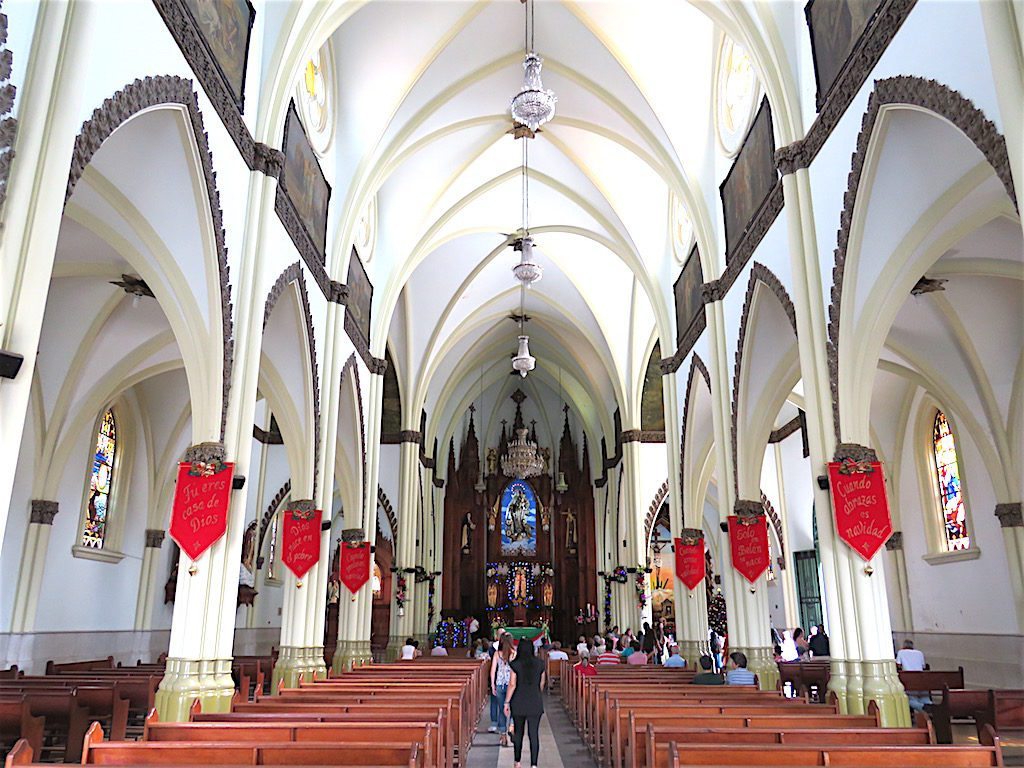 Inside the church you will find a beautiful interior that is white with beige trim. And the church has wooden pews. 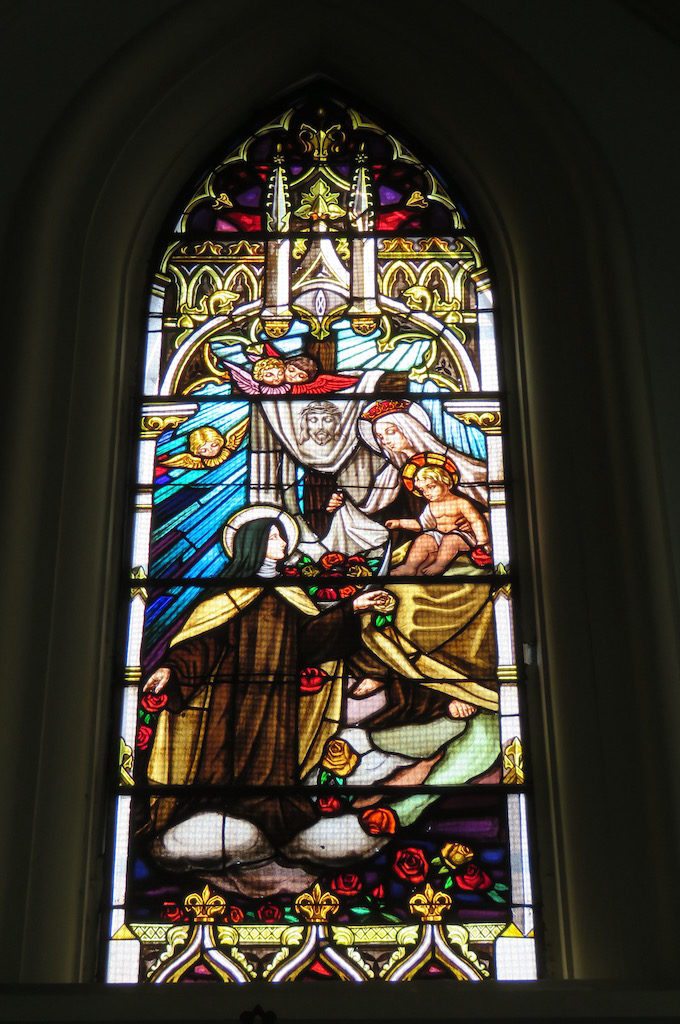 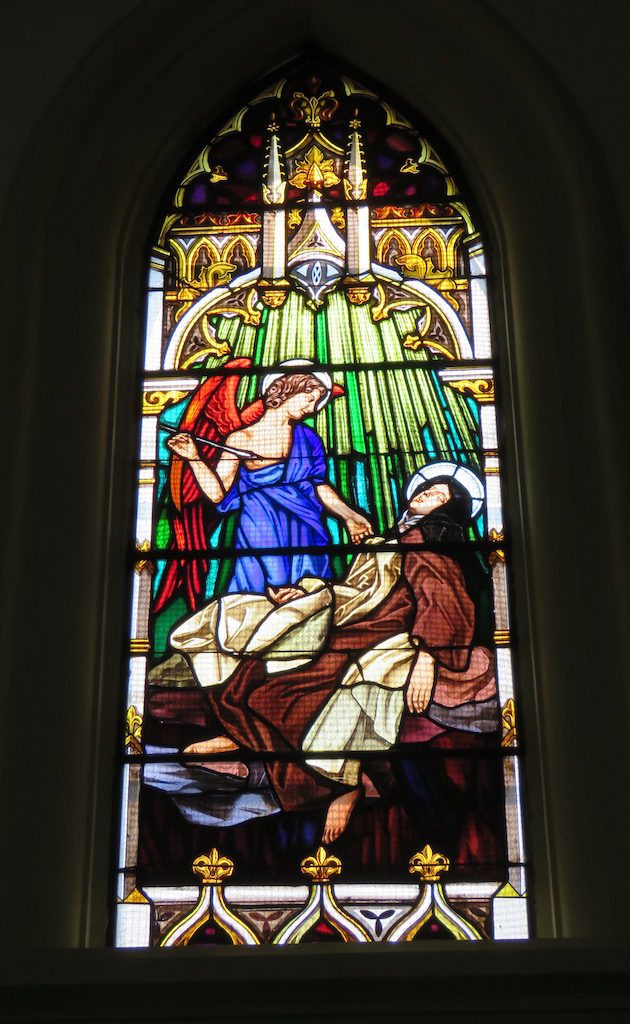 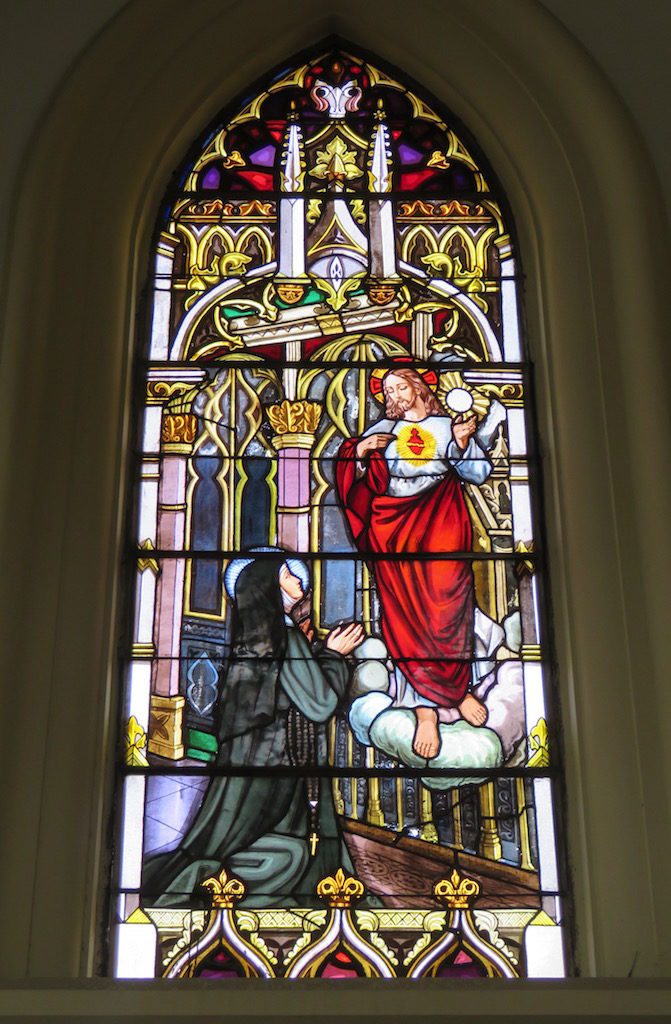 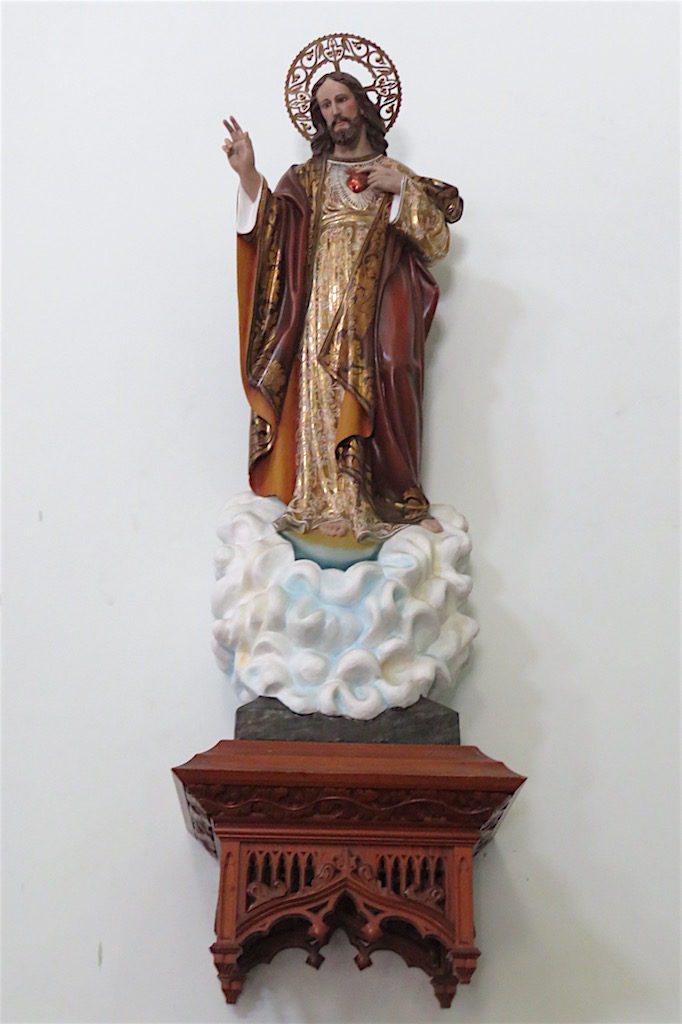 There are many pieces of religious artwork to be found throughout this church including several beautiful stained-glass windows. 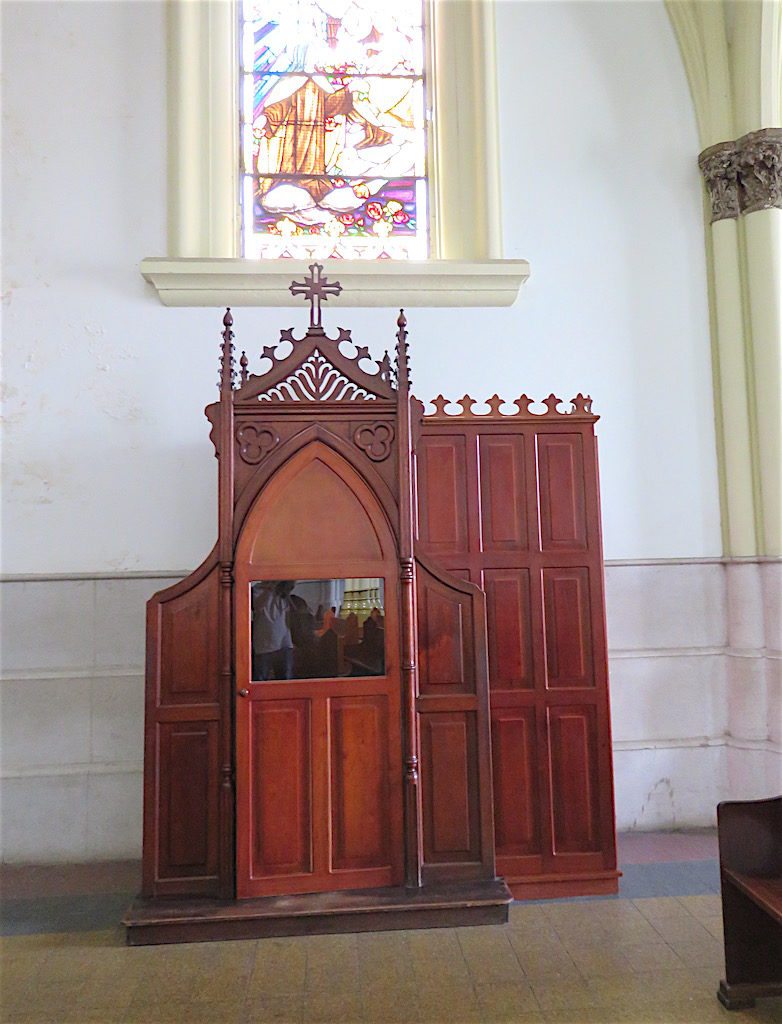 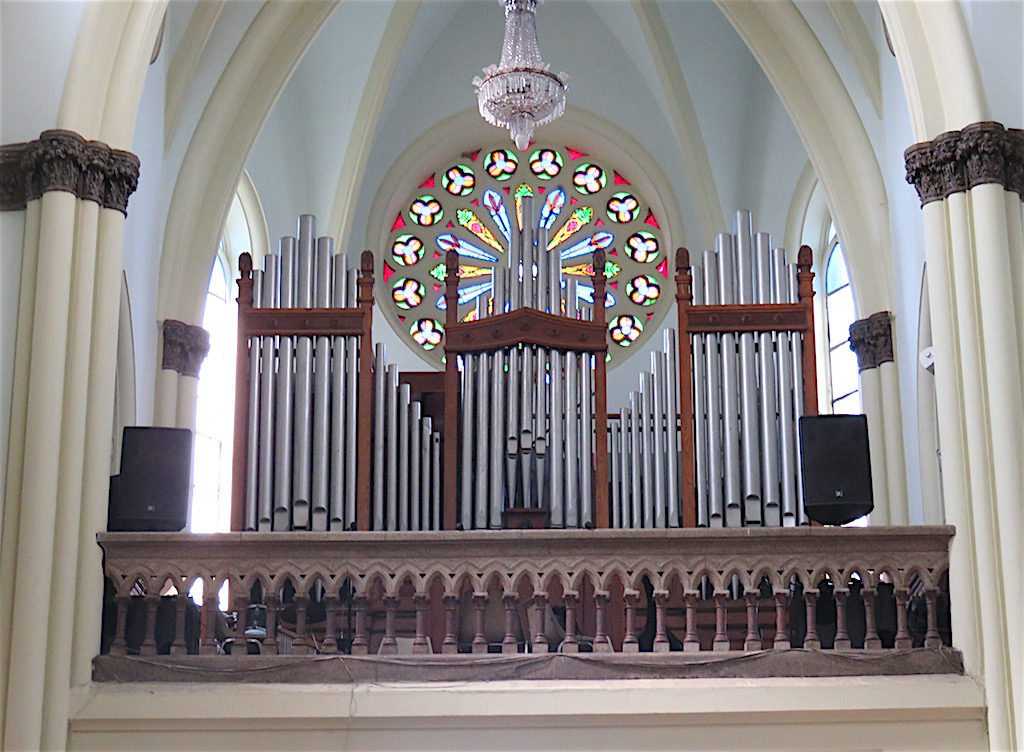 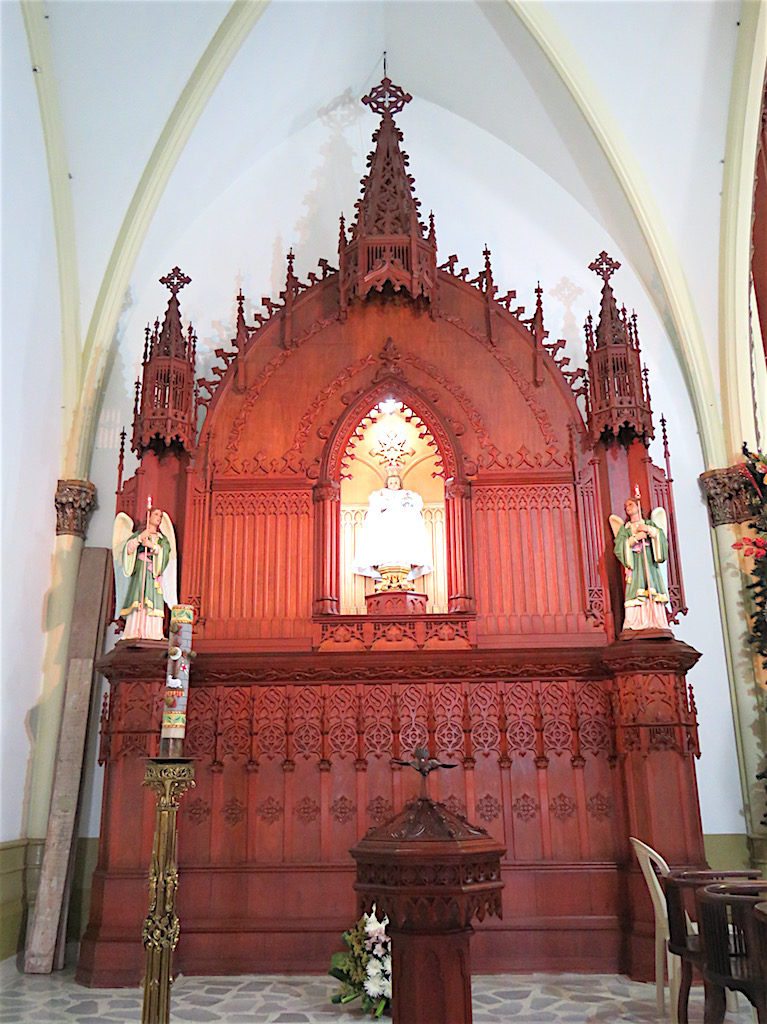 One of the side altars in the church 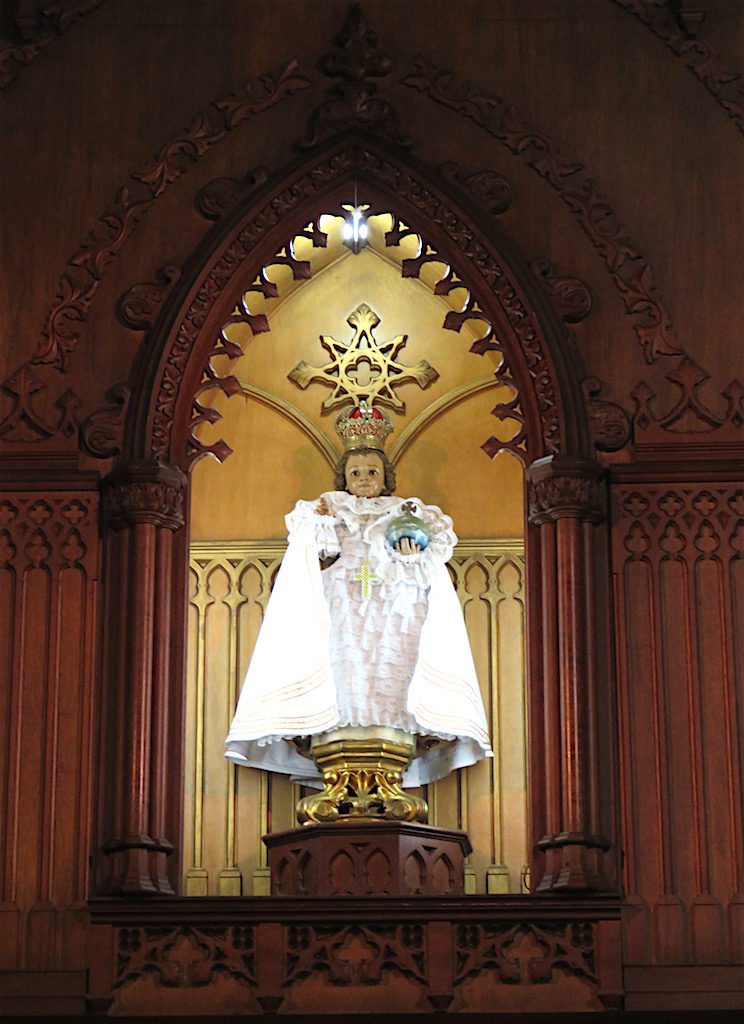 Zoom in of the small statue in the altar

The church has three wooden altars.  The main altar houses the statue of Our Lady of Carmen.

How to Get to Iglesia del Señor de las Misericordias

Iglesia del Señor de las Misericordias is located about eight blocks east from the Hospital metro station on Line A of the Medellín metro system. You can see the tall church from the metro station.

Note this is about a 10-minute walk uphill to the church from the metro station. This is a major street that is relatively safe to walk on during the day. Also, if you aren’t looking for the exercise walking uphill, there are taxis available at the metro station.

Also, this church is located very near to the Palos Verdes Metroplús stop.

Hours: The doors to this church are normally open in the morning, even when there is no mass. However, we recommend calling before going to make sure it is open. 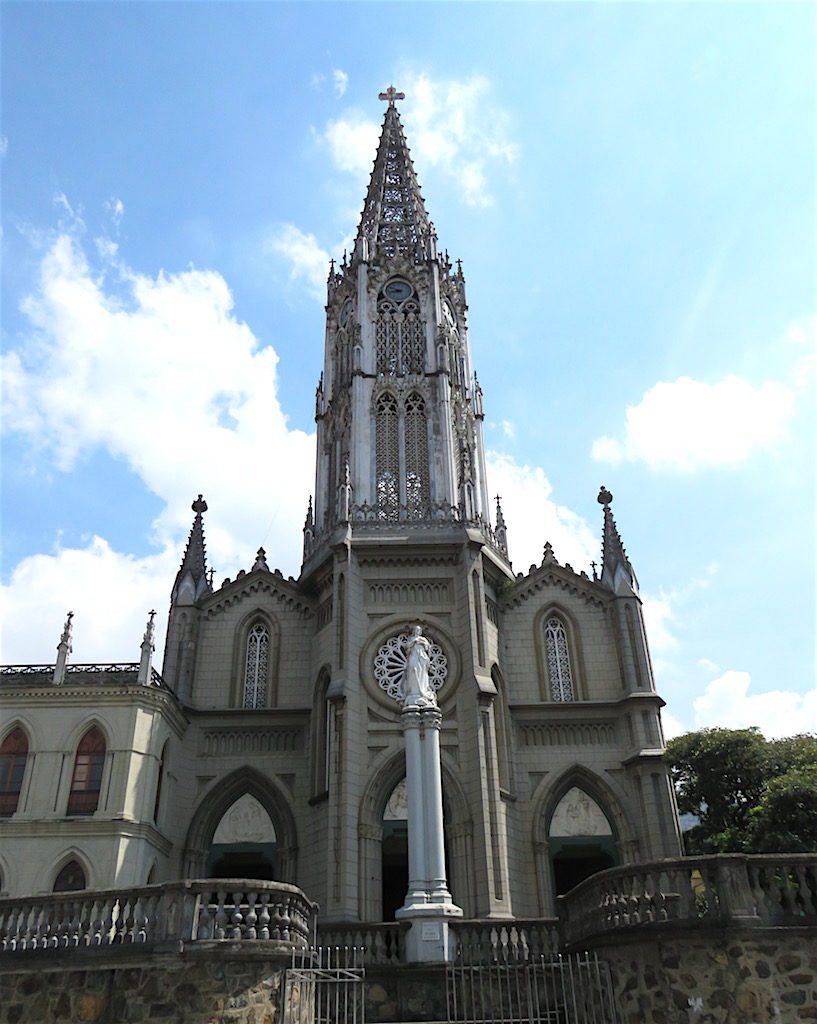 Iglesia del Señor de las Misericordias is not found in any of the 10 English language Colombia travel guidebooks that I have. But it’s worth stopping to see this beautiful and historic church. And it’s easy to get to since the church located near the Hospital metro station.

Editors note: updated on June 3, 2018 to add that this church is located near the Palos Verdes Metroplús stop. 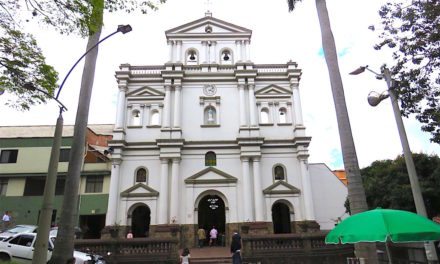