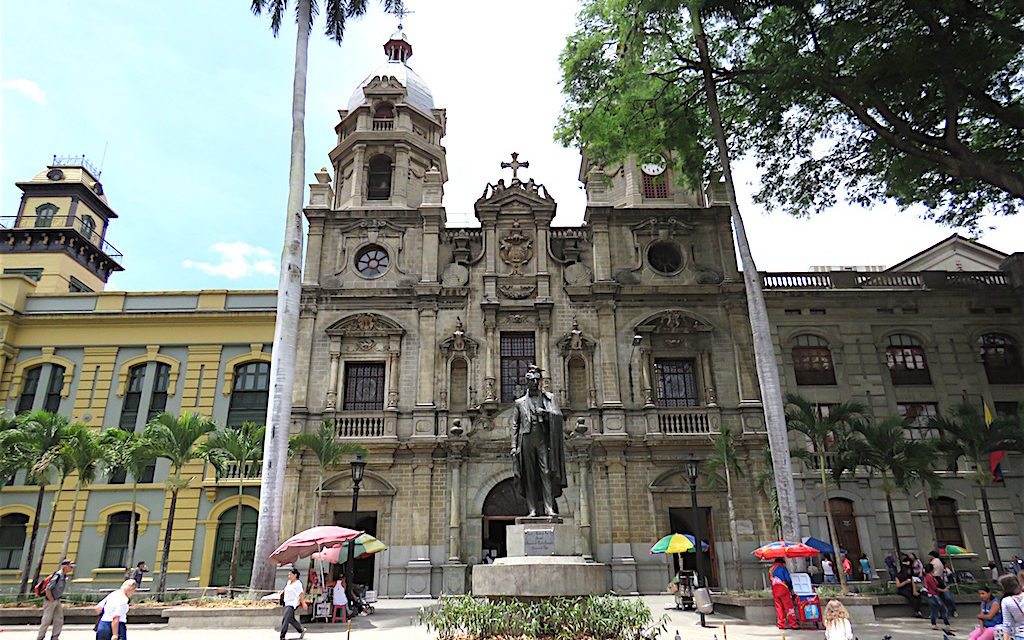 Iglesia de San Ignacio is a notable and historic Roman Catholic church located in Medellín, which is worth seeing if you like old churches. Furthermore, this Catholic church has many pieces of religious artwork.

Iglesia de San Ignacio is an interesting church as the exterior is Baroque-style and the interior is colonial-style. The church is located in La Candelaria (El Centro) and could be seen will visiting other tourist sites in El Centro like Plaza Botero and Museo de Antioquia.

In the late 1700’s the Fanciscans in Medellín wanted to have a local religious school. This was due to the only way for their children to study religion was to send them off to Bogotá or Popayán.

The city attorney at the time with support from Bogotá officials and the bishop in Popayán convinced King Carlos IV of the need, who authorized construction of the School of Franciscan (origin of the University of Antioquia) and the Church of San Francisco.

The church is part of the original group of buildings that was started construction by the Franciscans in 1793 according to a plaque outside the church.  The original plans for the church were drawn up by Fray Luis Gutiérrez. And the church was completed in 1809.

In 1812, the Franciscan community left Medellín and did not manage to occupy the buildings, with possession passing to the local government.

Since that time and during civil wars in Colombia, the church was occupied by the military and was even converted into a military barracks with kitchens and bedrooms for troops.

However, on May 9, 1885, Marceliano Vélez, the head of the State of Antioquia at the time, returned the church to the diocese in the city. Finally, on July 29, 1886, the church was inaugurated as Iglesia de San Ignacio. 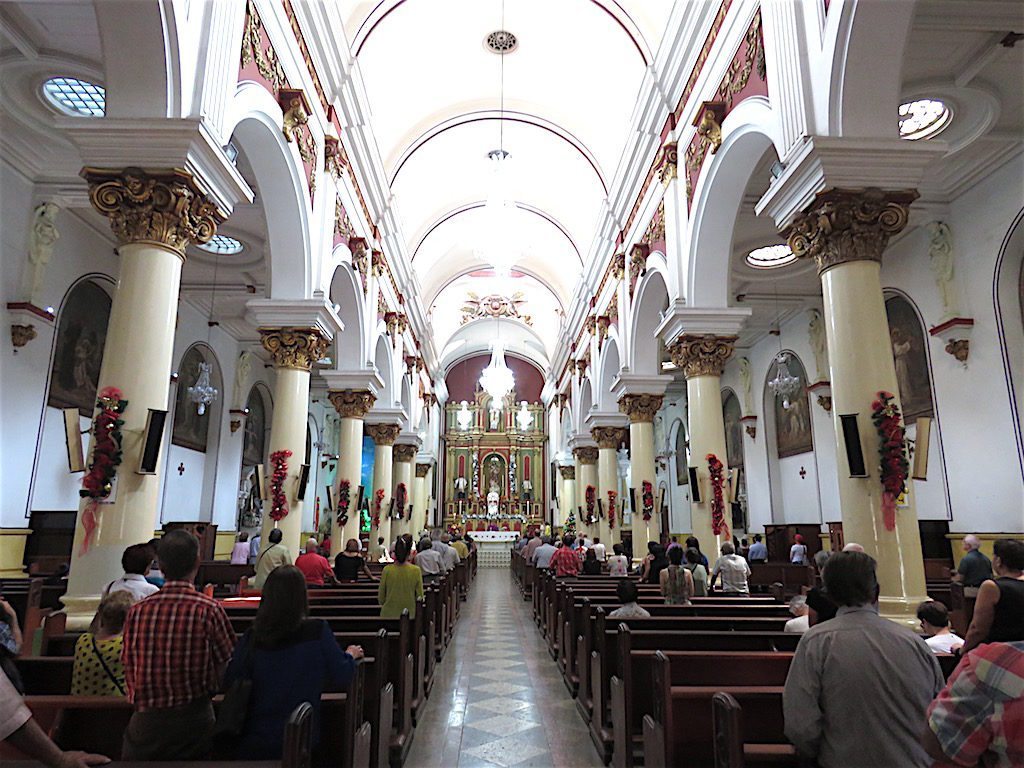 Inside the church you will find a beautiful interior that is white with burgundy and gold trim. And the church has wooden pews.

One of many paintings in the church 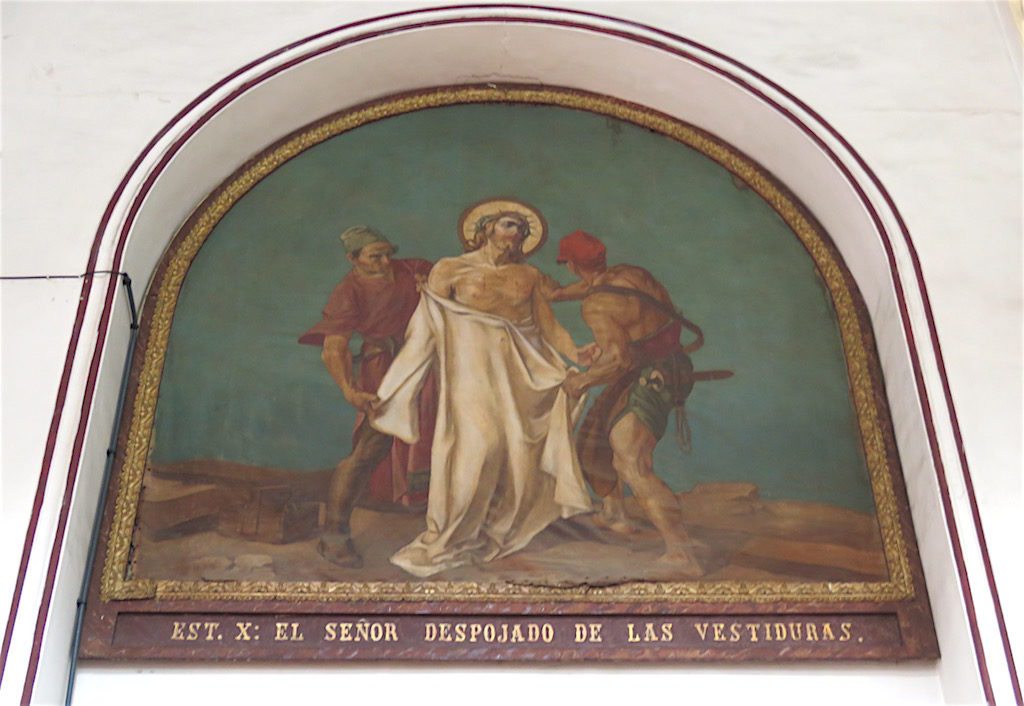 Another painting in the church 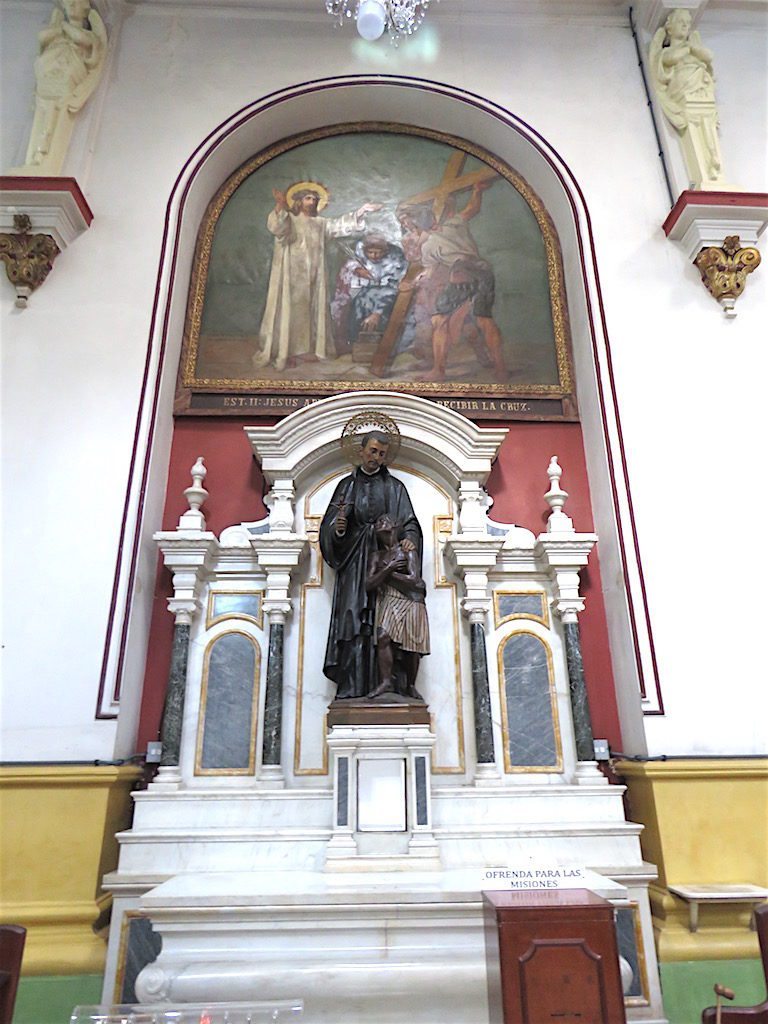 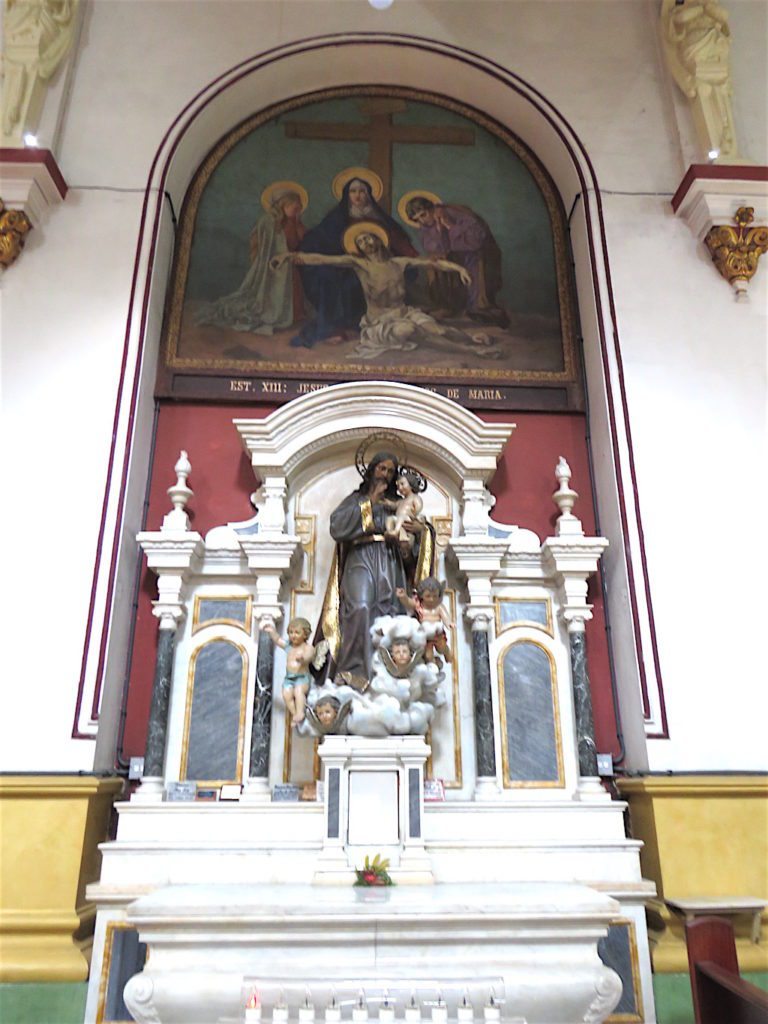 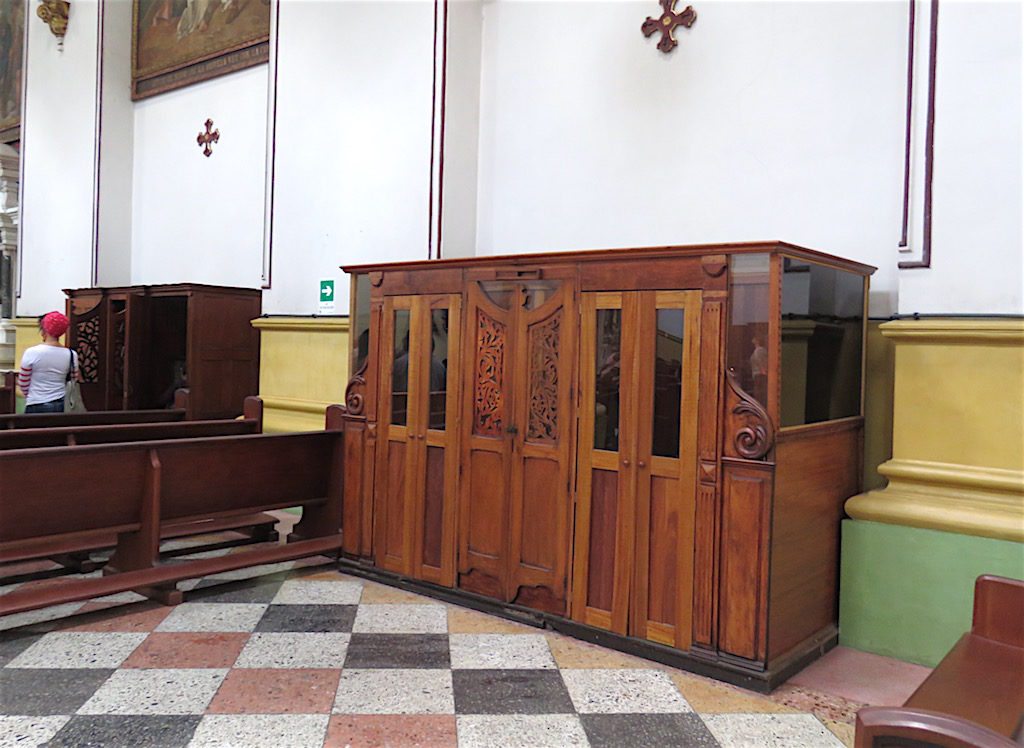 Like many other churches in the city, Iglesia de San Ignacio has confessionals on both the right and left sides. 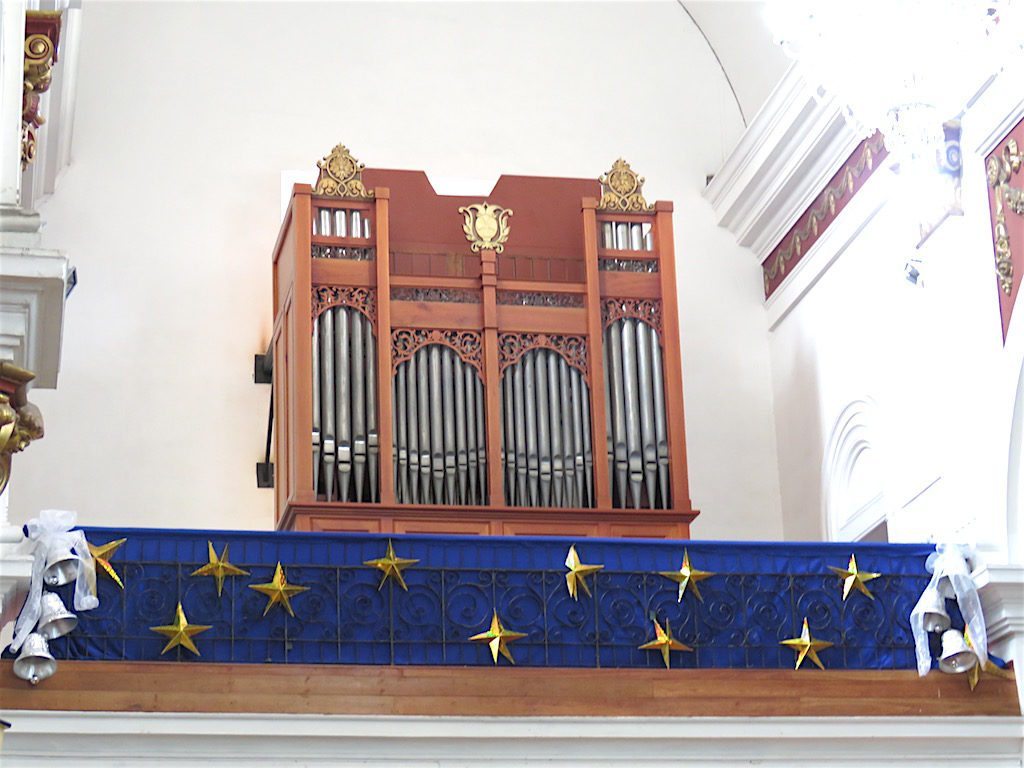 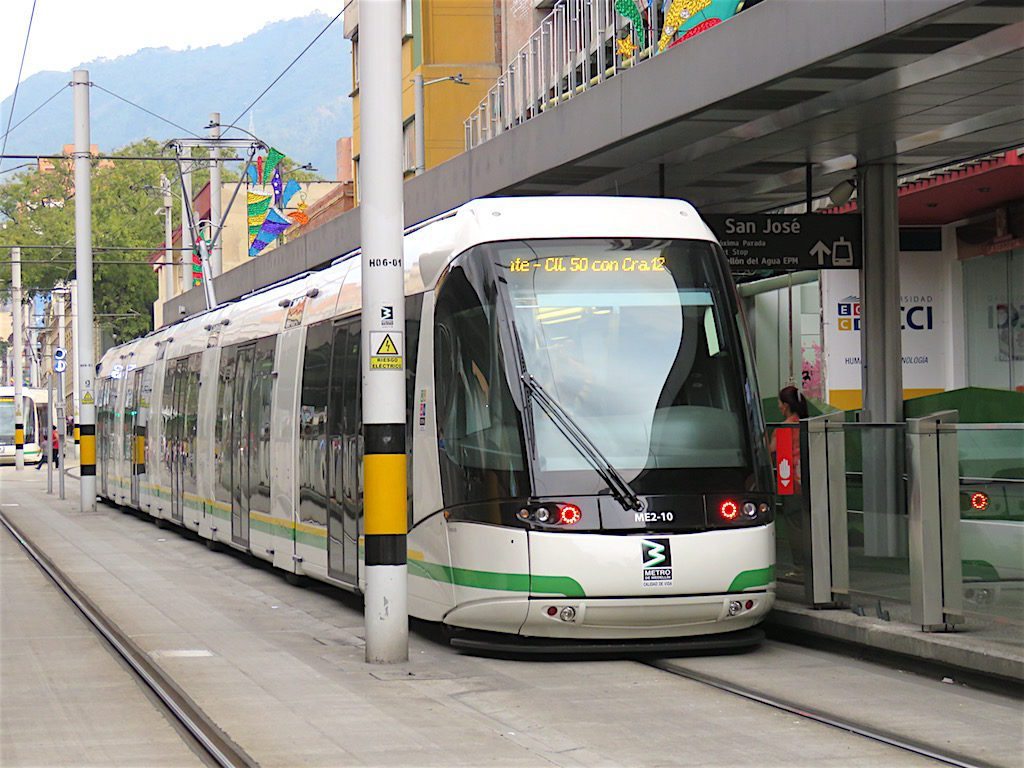 How to Get to Iglesia de San Ignacio 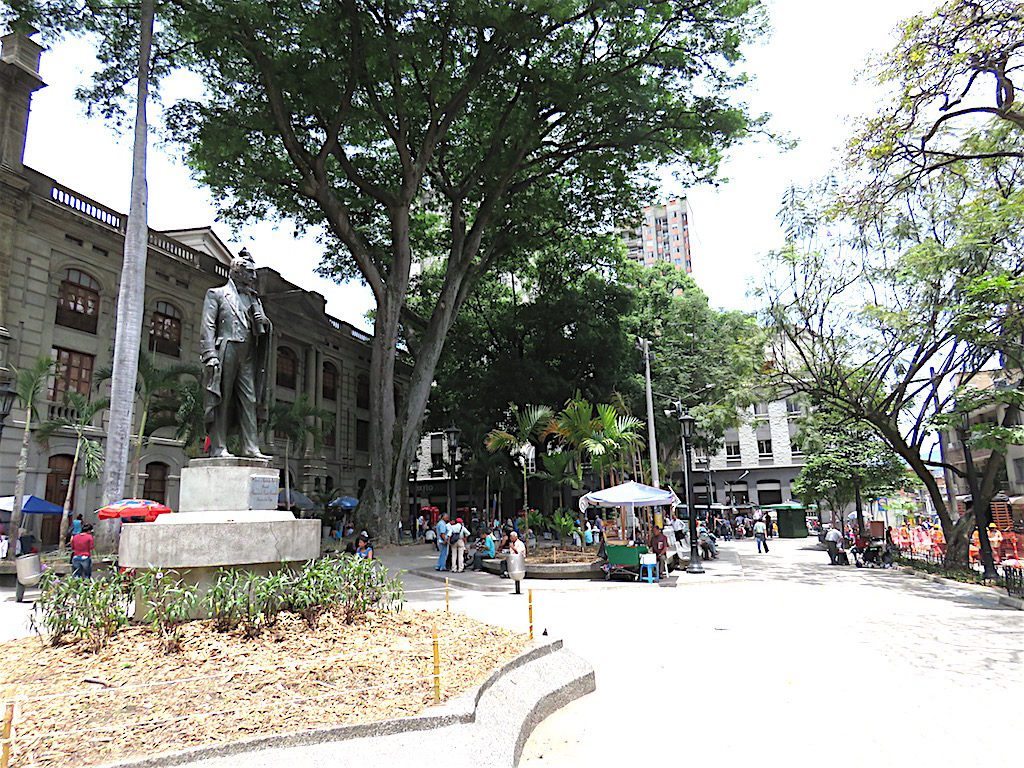 Iglesia de San Ignacio is located at San Ignacio Plaza, which is a relatively small plaza. Left of the church you will see a Universidad de Antioquia building. 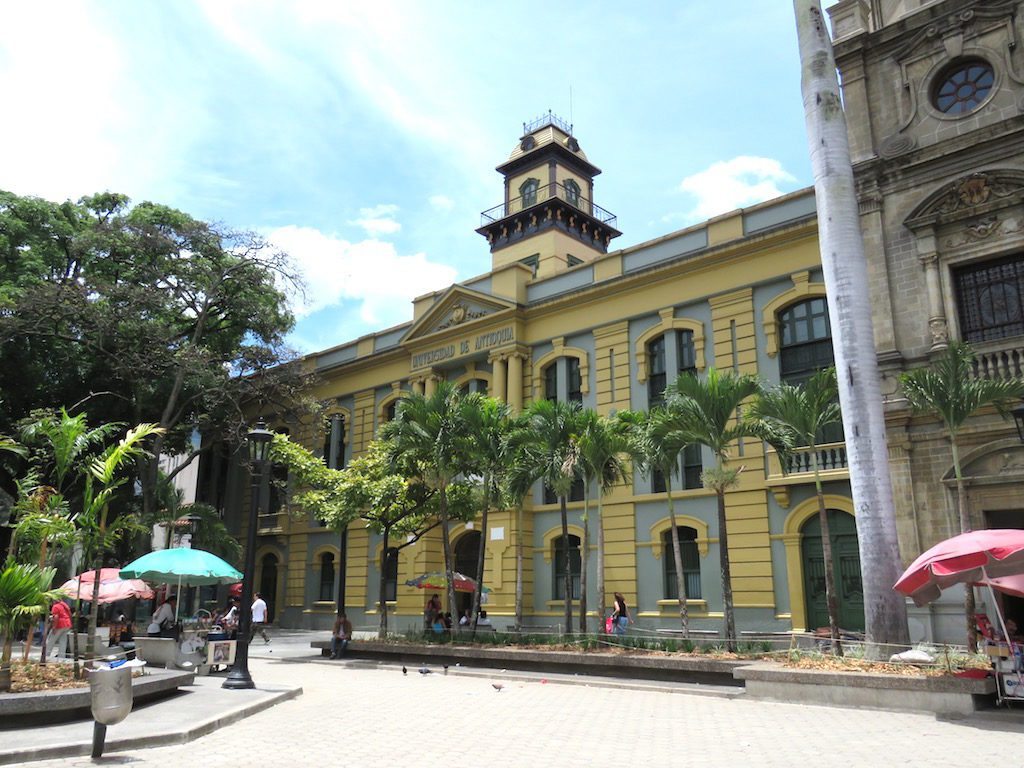 Furthermore, Iglesia de San Ignacio is also located about 7-8 blocks from either the Parque Barrío or San Antonio metro stations on Line A of the Medellín metro. 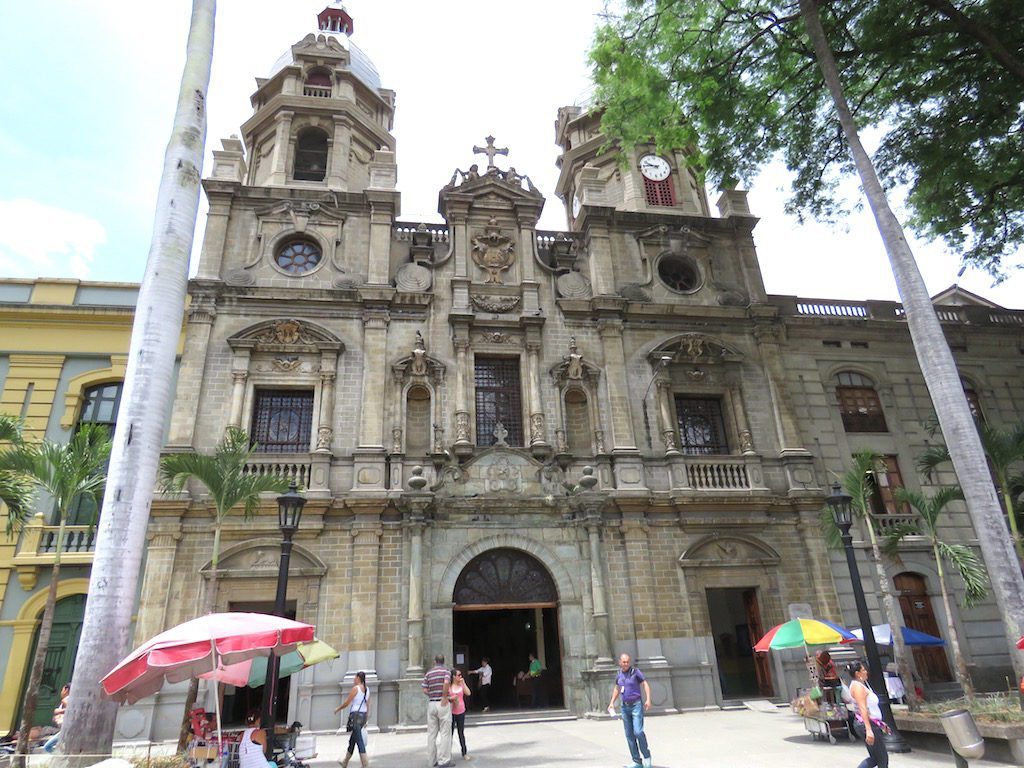 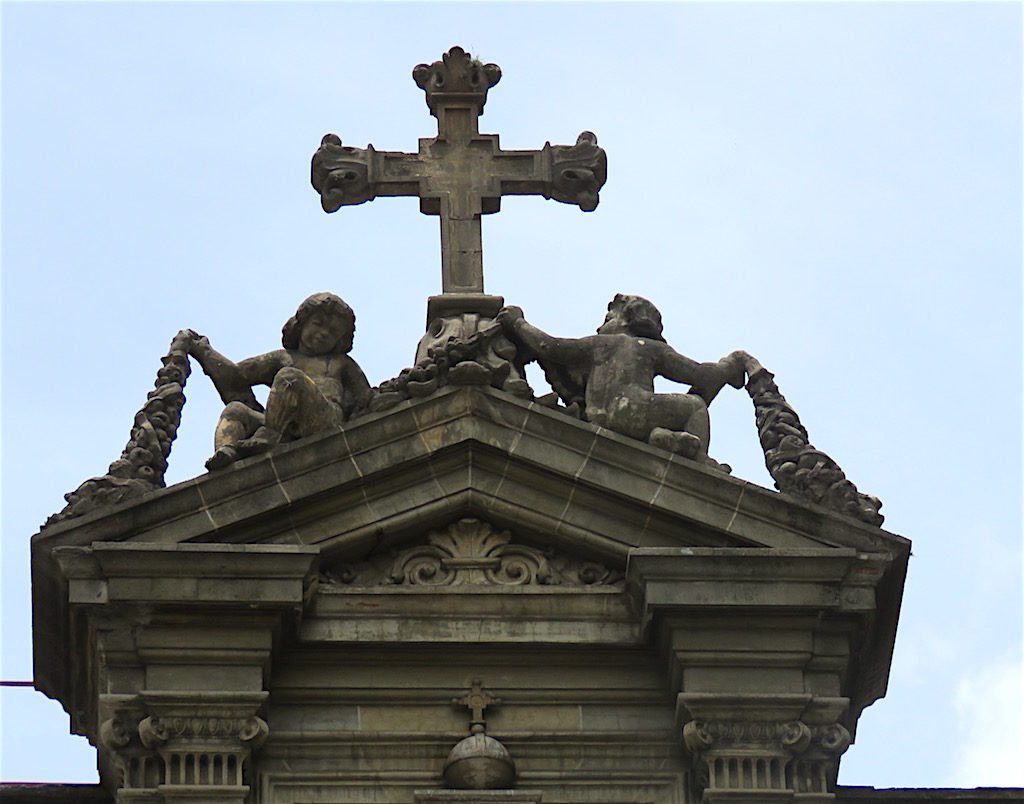 Iglesia de San Ignacio is found in only one of the 10 English language Colombia travel guidebooks that I have. But it’s worth stopping to see this historic church. And it’s easy to get to since the church located only two blocks from the San José metro station on the T-A tram line.

You could potentially stop to see this church as well as Iglesia de San José after taking the La Sierra Tour, which goes on the T-A tram line. 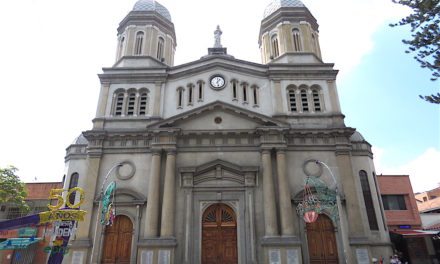