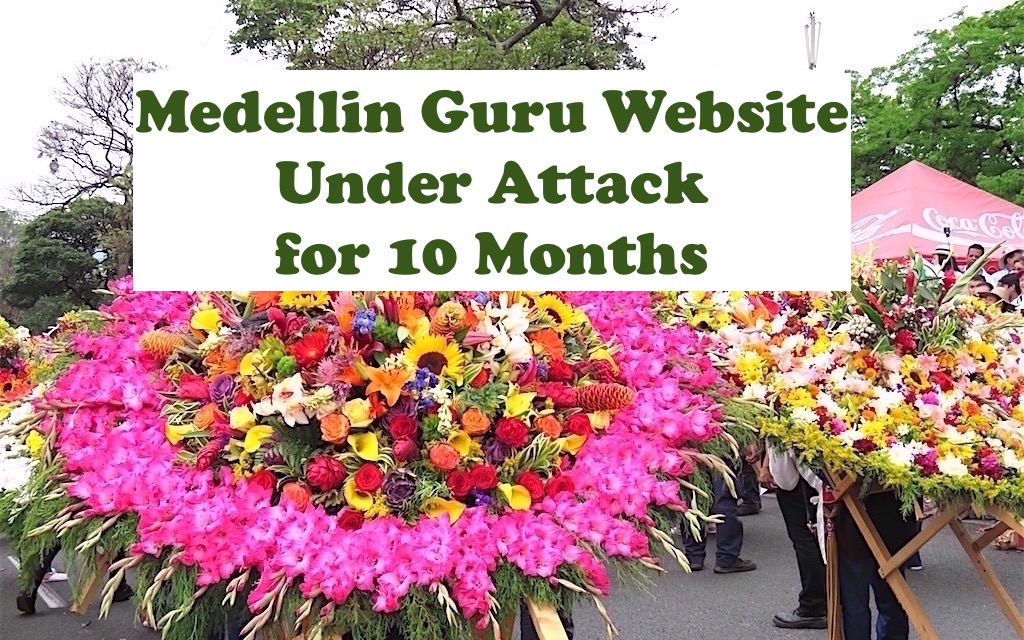 The popular Medellin Guru blog in Colombia has been under attack for over 10 months with millions of DDoS attacks, SPAM, fake comments and emails.

The attacks started with a DDoS attack: on April 24. And the Medellin Guru site was attacked by a denial of service attack which shut the site down briefly in the afternoon on April 24.

After the DDoS attack, the attacks increased other areas with massive increases in SPAM, fake emails, fake comments and even attacks on Social Media.

All of this is a malicious attempt to shut down the Medellin Guru website. We are now battling daily to try to keep the website up and running and need the help of readers.

EDITOR NOTE: article is updated on March 12, 2022 that attacks via fake email have intensified the past few weeks also DDoS attacks have continued.

The Medellin Guru website went down three times on April 24. Our hosting company said this was due to a DDoS attack.

Attackers were targeting individual articles on the Medellin Guru site in their attack. And when the hosting company disabled an article that was being attacked, the attackers switched to another article. So, the hosting company had to do a “whack-the-mole” process to keep the site up.

For example, our article about Coronavirus hospitalization was one article that was attacked. Then the attackers switched to another article.

And the Medellin Guru website was attacked again on April 25 and April 26, as can been seen in the following graphic of 2.93 million DDoS threats blocked by our DDoS protection from Cloudflare. 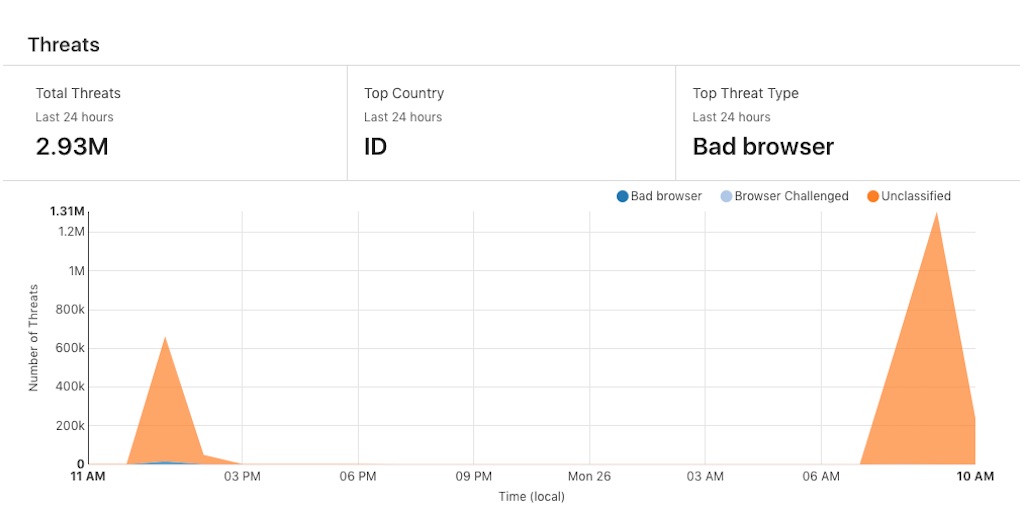 The Medellin Guru site continues to be attacked daily by DDoS.

Readers, when you access the Medellin Guru site now you may see a brief message from Cloudflare, our DDoS protection solution that looks like this or if attack are high it may have a CAPTCHA puzzle with photos: 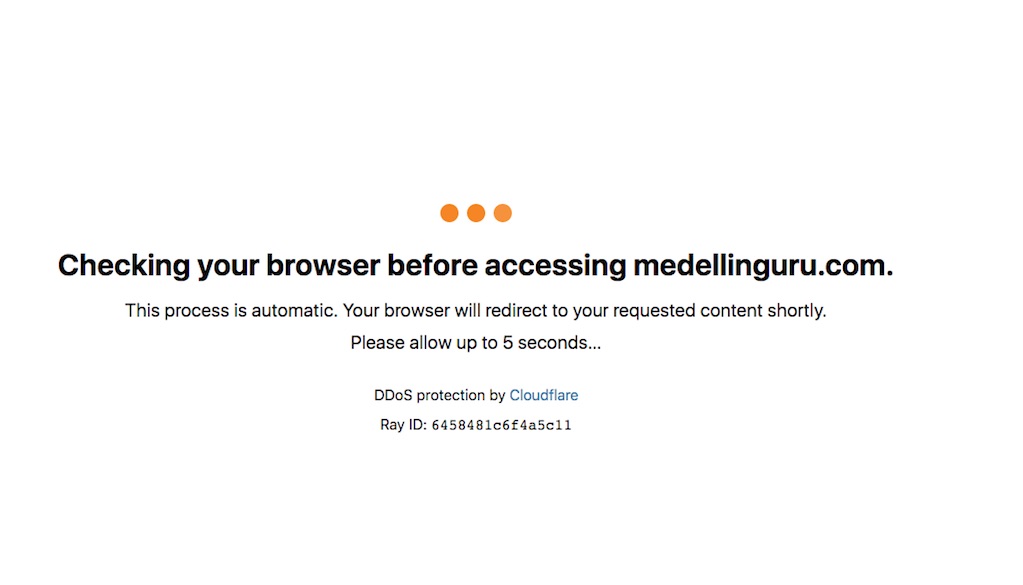 Message you will see for up to 5 seconds when accessing Medellin Guru, DDoS protection

The number of attacks decreased so we were able to remove this message from Cloudflare and the CAPTCHA for a few weeks a few months ago But had to turn it on on June 9 in the afternoon due to more attacks. But we will turn it back off if we see attacks decrease again. We now turn it on and off as needed.

Editor note starting on December 22, due to attacks intensifying the past few weeks, we sometimes had to turn of access to Medellin Guru from the U.S., Canada or the UK where the majority of attacks are coming from. This is temporary and will be turned back on when attacks drop and is normally in the afternoon or evening.

Error message when a country is blocked from Medellin Guru

If you get this error message, you can still access Medellin Guru from other countries such as Mexico. using a VPN. 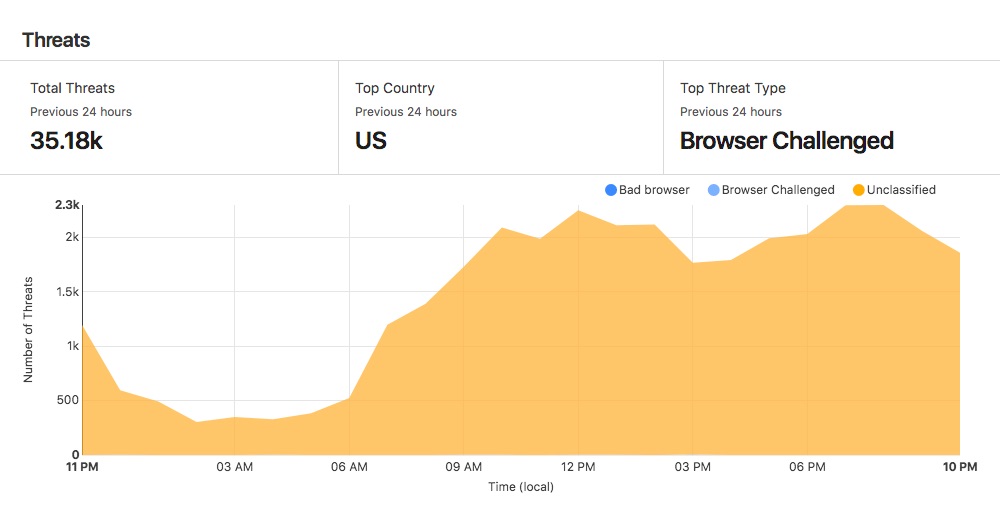 On December 7, 2021, we received over 35,000 attacks as seen in the above graphic. If we did not block access to a few countries where most attacks were coming from, the Medellín Guru website would be taken down by the attacks for the entire world, as the website is designed to only handle about 4,000 to 5,000 users per day.

Next Was a Massive Increase in SPAM

After the DDoS attack we experienced a massive increase in SPAM messages in comments on the Medellin Guru site.

As of October 6, we had to turn off comments on all posts on the Medellin Guru website as we are being attacked by over 200 SPAM per day.

Next Was a Massive Increase in Fake Emails

After the SPAM attack, Medellin Guru was attacked by hundreds of fake emails weekly, with most of these emails being fake.

We had to change our policy about answering reader questions due to a big increase of questions in the past month that we are unable to handle and many fake emails.

Our new policy for answers questions is as follows:

It is no longer possible to respond to all questions from readers for free. For Medellin Guru paying Patreon subscribers we will answer but this is NOT unlimited Q&A. We have Expat consultations if you have many questions.

The following is our new priority for responding to questions, in order:

March 5, 2022 update: The attack of fake emails has continued to increase so we have a new policy. We received hundreds of fake emails. If you are not a Patreon subscriber, we will not answer your question.

We also turned off the ability to send questions from the Medellin Guru, due to thousands of fake emails being sent.

Next Attack is on Social Media.

Next, we discovered that Medellin Guru and our partners were being attacked on social media, particularly on Facebook.

This included fake comments about bad experiences using our partners.

So, now on Medellin Guru Facebook groups these groups are heavily moderated and many comments are deleted that are fakes or do not meet the group rules. We also monitor other Facebook groups.

With all the attacks, we are unable to publish as much new content as we did in the past. So, we would like to add help. So, we need the help of readers.

You can Buy us a Coffee

You can support us by buying us a coffee for only $3 (or more than one coffee).

This is essentially a one time donation.

Buy me a coffee
You can also help Medellin Guru by:

The popular Medellin Guru blog in Colombia has been under attack for over nine months with millions of DDoS attacks, SPAM, fake comments and emails.

This is a malicious attempt for over 10 months to shut down the Medellin Guru website.

Has Medellin Guru helped you? We are asking for the help of readers.

Editor note: updated on March 12, 2022, with current information about attacks continuing on Medellin Guru for a total of over 10 months. 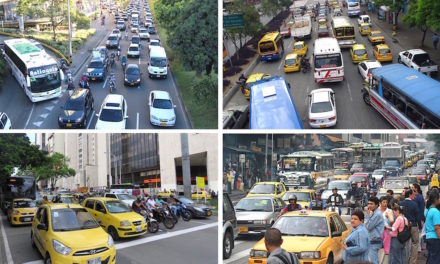 Medellín Traffic: A Downside of Medellín and Tips to Avoid Traffic