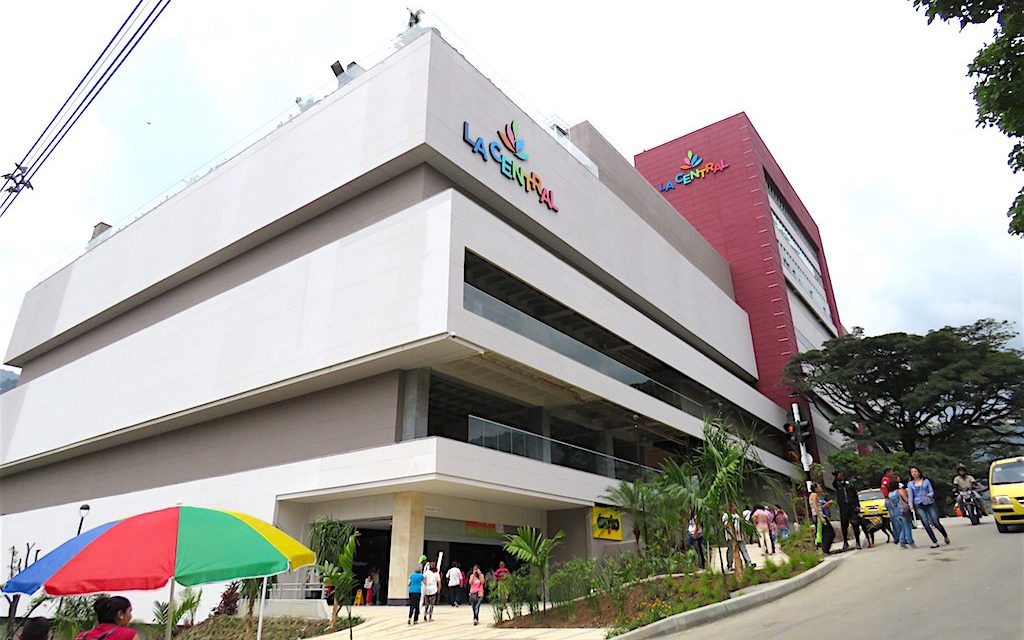 Centro Comercial La Central is one of the newest malls in Medellín located in the Buenos Aires comuna of Medellín. The new mall opened on May 3, 2018 with promotions in several of the stores.

This new mall is expected to be popular since it’s the only Western-style mall in the neighborhoods east of El Centro in Medellín. I went to this mall on the first day it opened and it was packed with people.

La Central is one of the largest malls in the Aburrá Valley metro area with reportedly nearly 200 shops and 915,000 square feet (85,000 square meters) of space in a large building with six floors of shops and three additional floors in a tower.

This new mall is relatively far from the most popular neighborhoods for expats in the metro area including El Poblado, Laureles-Estadio, Envigado, Sabaneta and Belén. So, it’s not expected that you will often hear English being spoken in this large mall.

I have only met one foreigner living in Buenos Aires that was attracted by lower living costs. He pays only 700,000 pesos per month for a nice but small two-bedroom apartment. I also have a Colombian friend living in the area.

Buenos Aires has a population over 140,000. And since the Tranvía tram line was put in place running from El Centro east into Buenos Aires, my Colombian friend has told me that real estate prices have increased in the area. 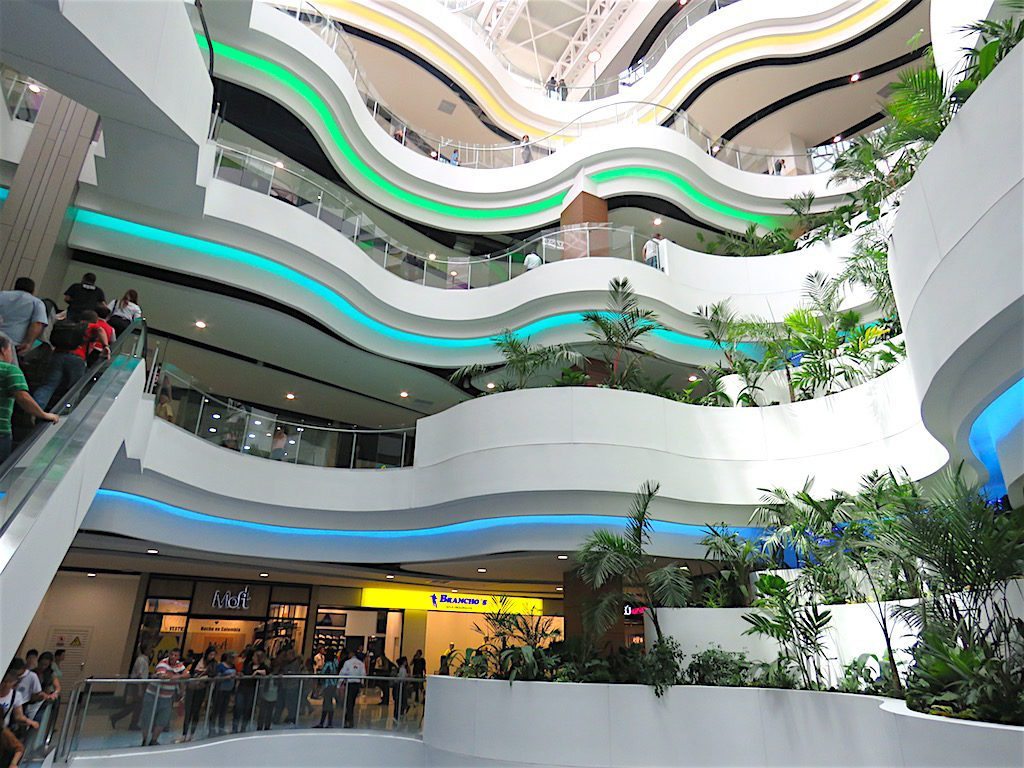 Viviendas y Proyectos, the developer of the new mall, conducted research before building the mall project. They determined that within a radius of about 1.9 miles (3 kilometers) from the mall there are over 130,000 families and a population of over 400,000 in a large area that is lacking a shopping mall east of El Centro.

Viviendas y Proyectos plans the manage the new mall taking advantage of its experience with the Los Molinos mall in Belén.

La Central was originally scheduled to open in March 2018 according to press reports last year. So, the developer was pretty much on schedule, opening only a couple of months later than originally planned.

The mall was reportedly built with an investment of about 200 billion pesos. And the mall is pursuing U.S. Green Building Council LEED Silver certification for sustainable design.

When I went to the mall on the opening day, some of the new stores and some of the fast food places hadn’t opened yet. Also, the Smart Fit gym that is supposed to be on the eighth floor wasn’t open yet.

In addition, I noticed some vacancies in the mall. But I expect these will be filled quickly based on the crowds I saw in the mall on the opening day.

The Shops in La Central Mall

The anchor tenants of the mall include Agaval, Exito, Cinemas Procinal, Happy City and Smart Fit. In addition, the mall has a total of about 200 shops of all types.

The shops and businesses in the mall include male and female fashion, children’s and youth clothing, footwear, sporting goods, furniture and decoration, lingerie, opticians and fast food places.

Agaval is a large store that primarily sells major brand tennis shoes such as Adidas, Converse, LA Gear, Nike, Puma, Reebok and others at discounted prices. They also sell sports clothing, televisions, appliances and some other products.

Due to having some good prices I expect it will be one of the most popular stores in La Central mall.

Agaval also has shop in the Florida Parque mall. And it has stand-alone stores in Bello, Itagüí, Junin and El Centro. In addition, the company also has smaller Sport brand stores in other malls in the area like Los Molinos, Mayorca, Santafé, San Diego and Unicentro. 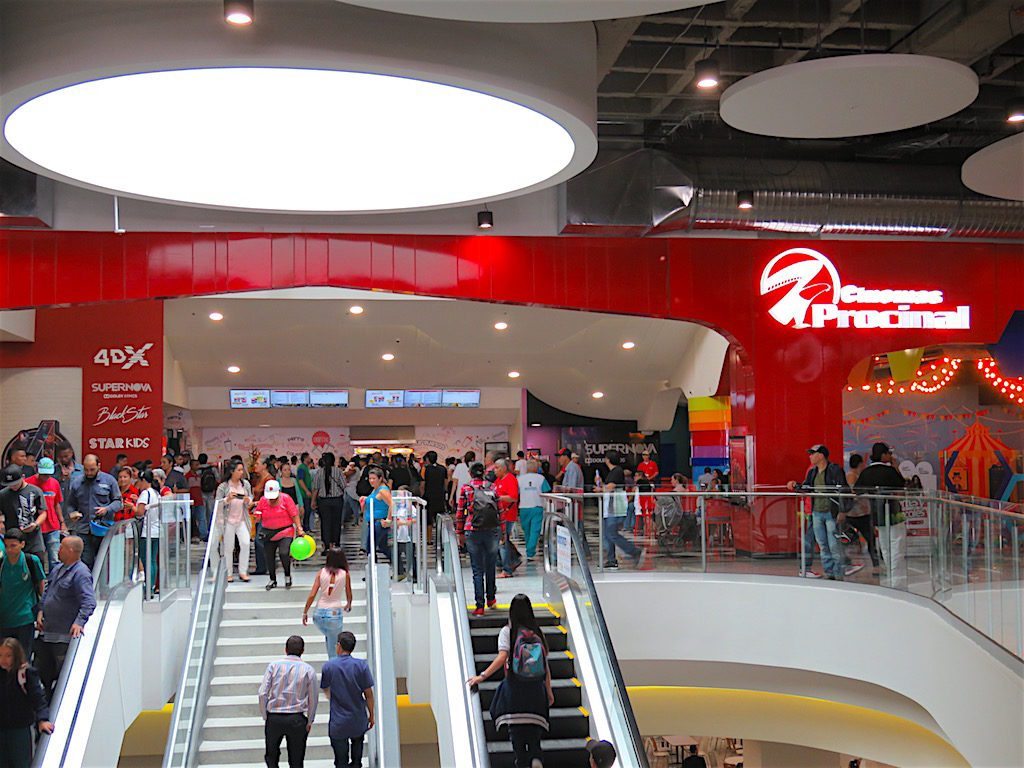 Cinemas Procinal’s movie theater in La Central mall has seven screens. Furthermore, you can see the schedule of movies on the Cinemas Procinal website. 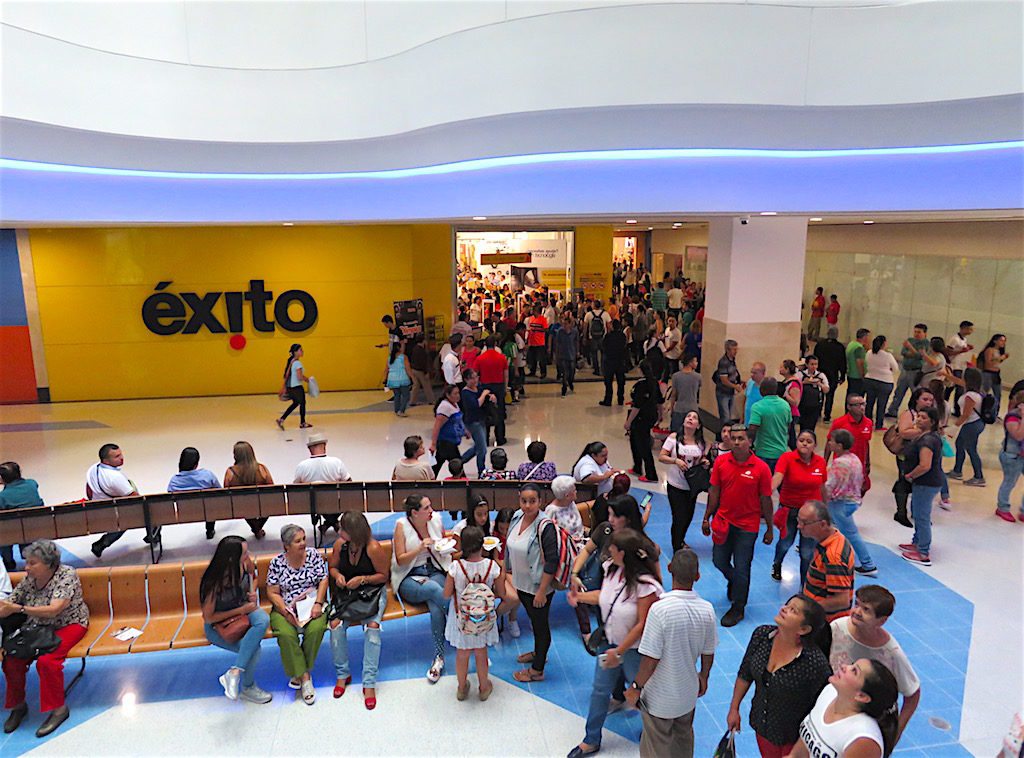 The busy Exito on opening day of the new mall

The Exito at La Central mall was incredibly busy on the opening day. Exito has 26 of its large grocery stores in the Medellín metro area. Also, it has some smaller Exito local markets. In addition, Exito owns the Carulla grocery store chain, which has several locations in Medellín. 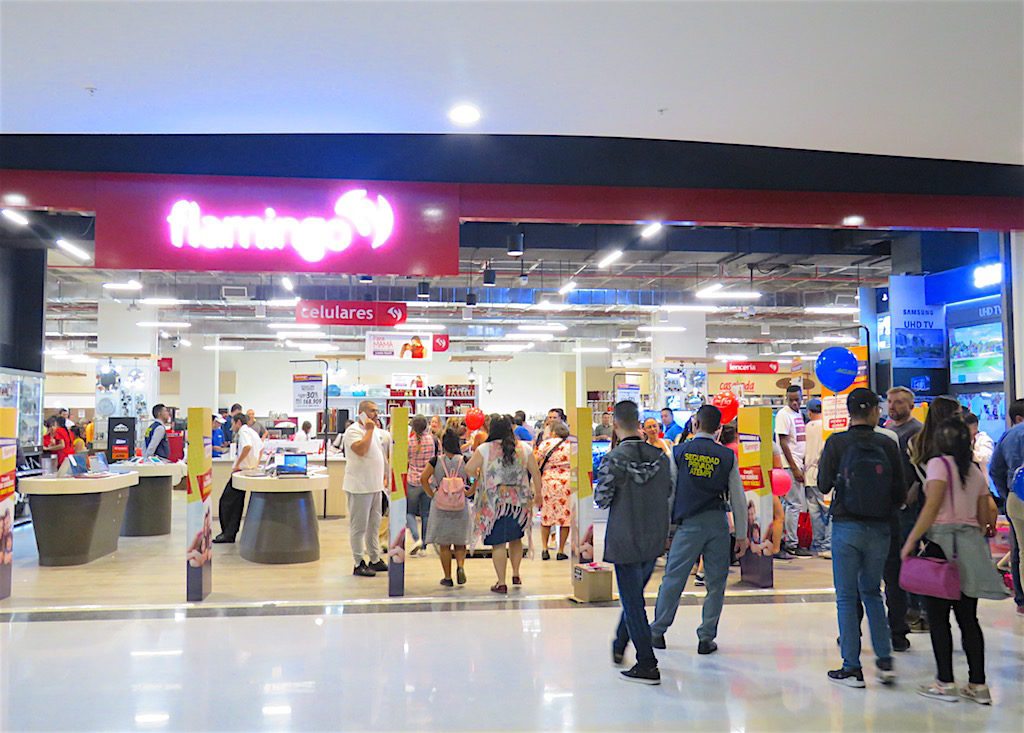 Flamingo is a department store that sells a wide range of items including appliances, clothing, electronics and furniture. In addition, Flamingo has five other stores in the Medellín metroplex with three located in El Centro and one in the Mayorca Mega Plaza mall and one in the Puerta del Norte mall. 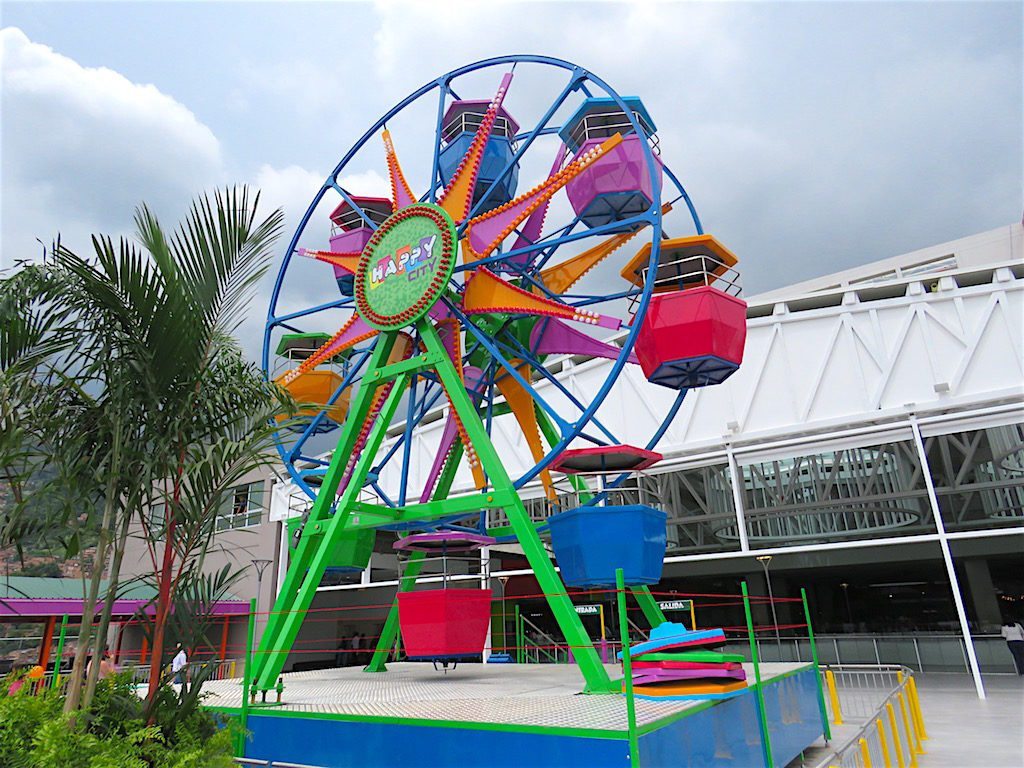 Happy City has locations in several malls in Medellín including Forida Parque, La Central, Mayorca, San Diego and Santafé.  And they have additional locations in many cities in Colombia. 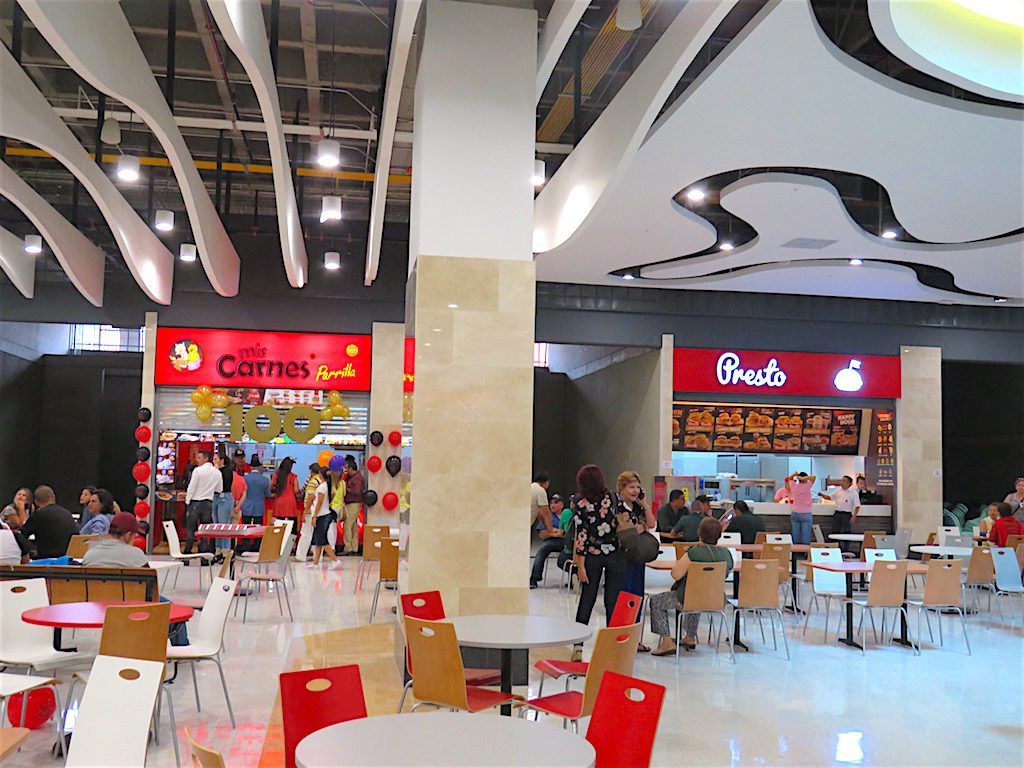 Part of the food court in La Central Mall

La Central has a large food court on the fifth floor. And there are spaces for over 20 fast food places in the mall. On opening day, not all the food spaces were occupied and a few of the fast food places hadn’t opened yet.

In addition, there is a Juan Valdez Café on the first floor of the mall. And there is a Chef Burger restaurant on the second floor in the mall .

How to Get to Centro Comercial La Central

The easiest way to get to Centro Comerical La Central is via the Medellín Metro. To get there take the A or B metro line to the San Antonio metro station. And transfer to the T-A Tranvía tram line downstairs. 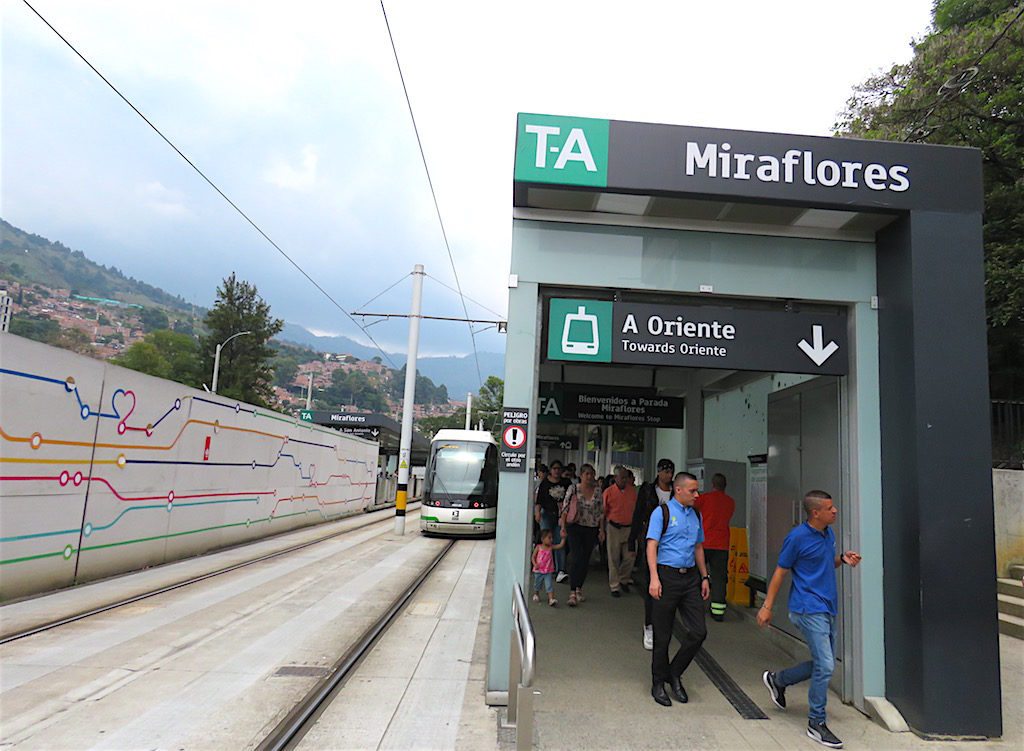 The mall is near the Miraflores station tram station

Take the tram to the Miraflores station. Finally, the La Central mall is about a five-minute walk from this tram station.

From the metro tram station, you will go up some stairs and walk through a small neighborhood sporting complex to get to the mall. 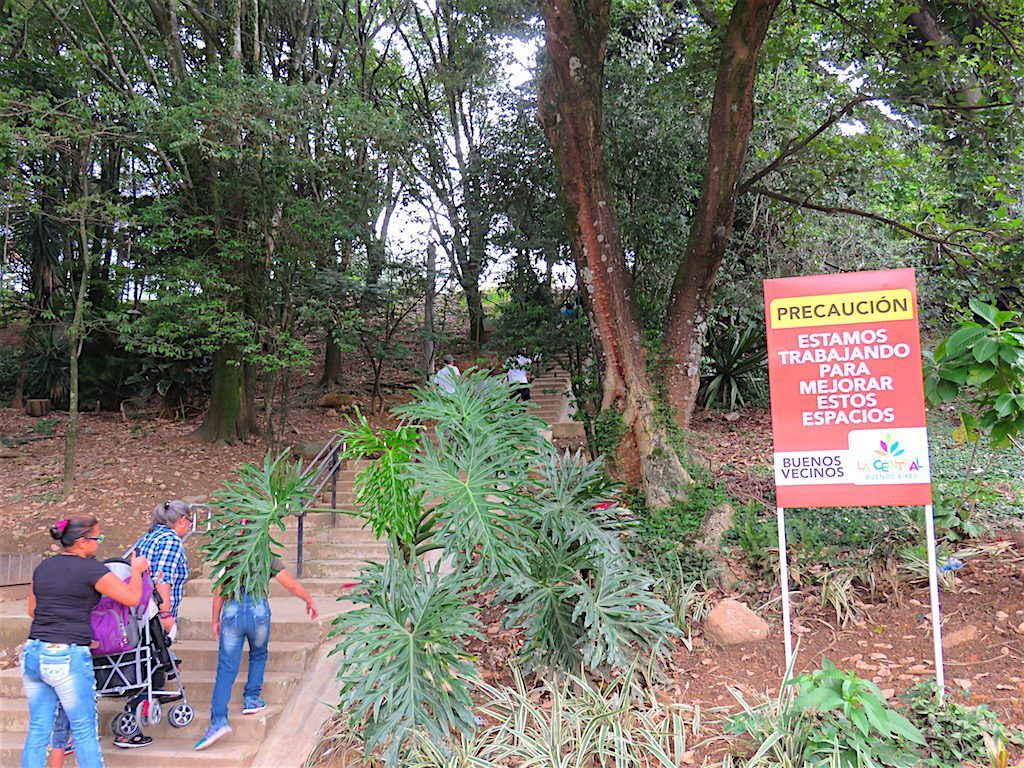 Walk up these stairs from the tram station 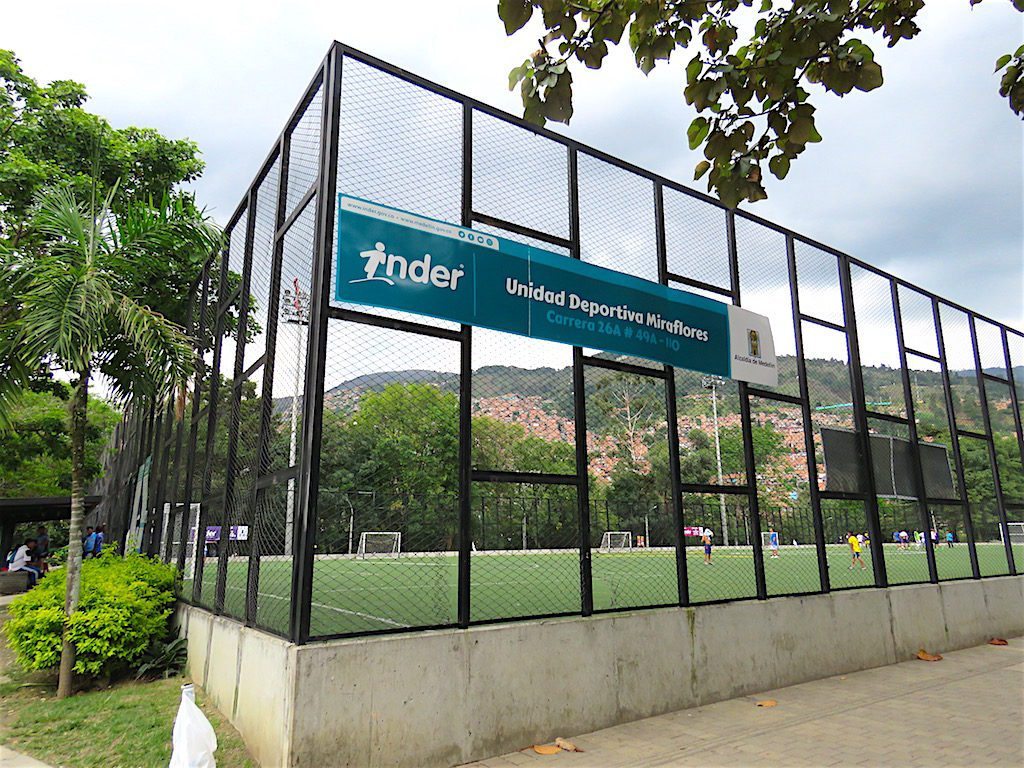 Furthermore, some taxi drivers in Medellín will know where this mall is located. If not give them the address below. And it’s also fairly easy to catch a taxi on the street in front of the mall.

Also, the newest gastronomic market in Medellín, Mercado Del Tranvía, is located near to this mall and is only one stop away on the tram line.

Also, we included La Central in our article about the 14 best malls in Medellín. 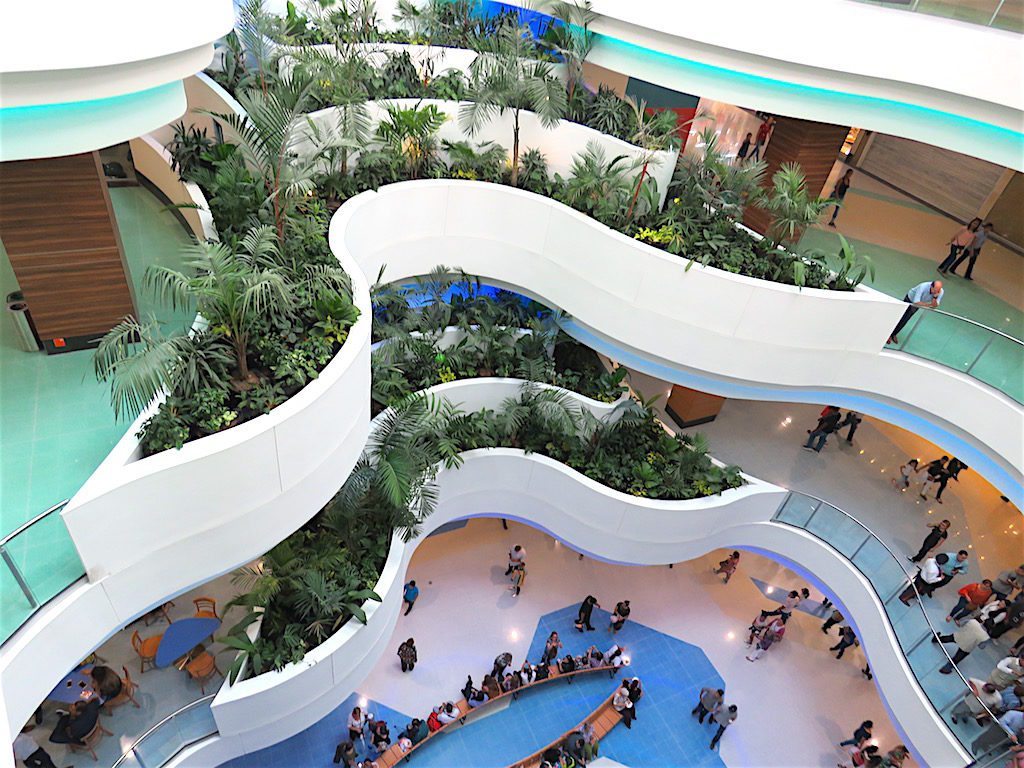 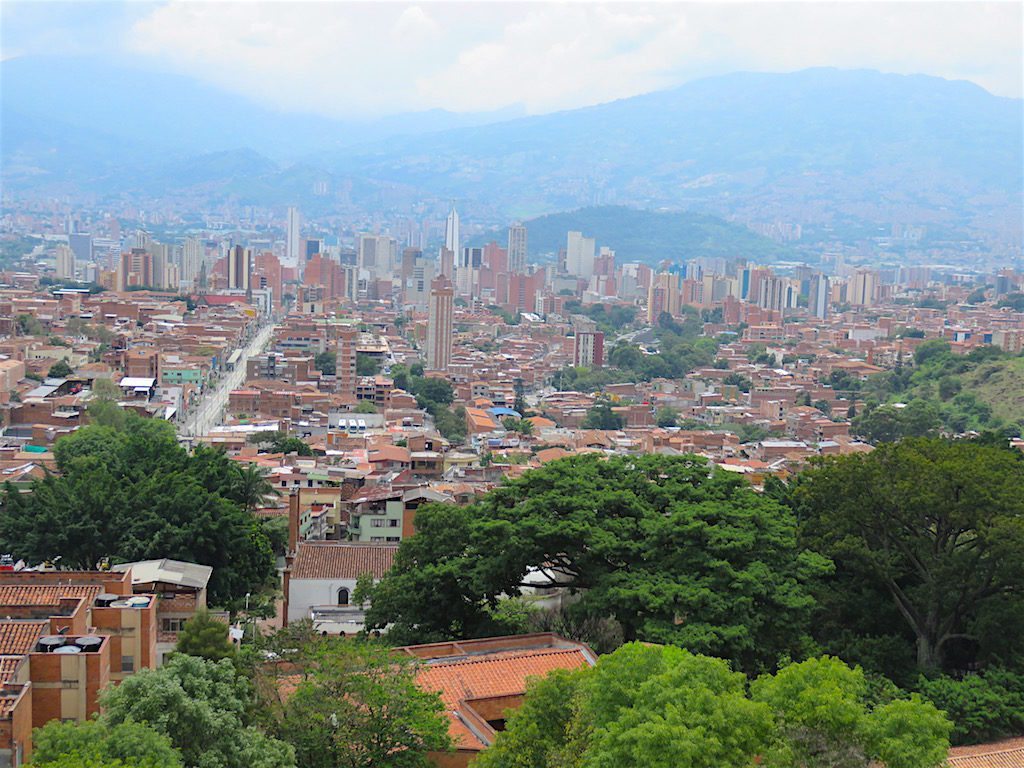 The Bottom Line: Centro Comercial La Central – the Only Mall in Buenos Aires

Centro Comerical La Central is one of the newest malls in Medellín. And it’s a very nice mall with a Cinemas Procinal for movies, an Exito for groceries and many fast food options.

In addition, it has big selection of shops with nearly 200 shops. Also, it’s the only mall in the Buenos Aires comuna, east of El Centro. And since the mall is high up the eastern hills of Medellín, it has some nice views of the city.

However, it’s mainly a local mall with customers expected to come primarily from the nearby area. It’s not really a destination mall like Santafé or El Tesoro malls in El Poblado, Viva Envigado in Envigado or Mayorca Mega Plaza in Sabaneta. 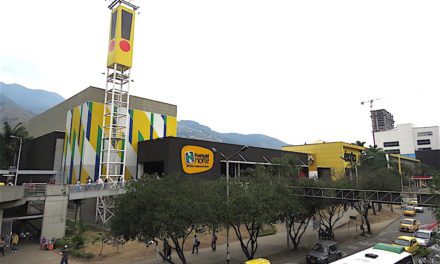 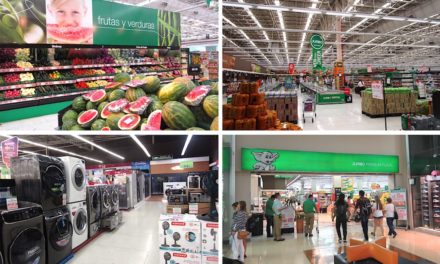 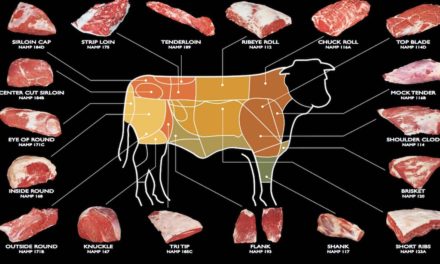