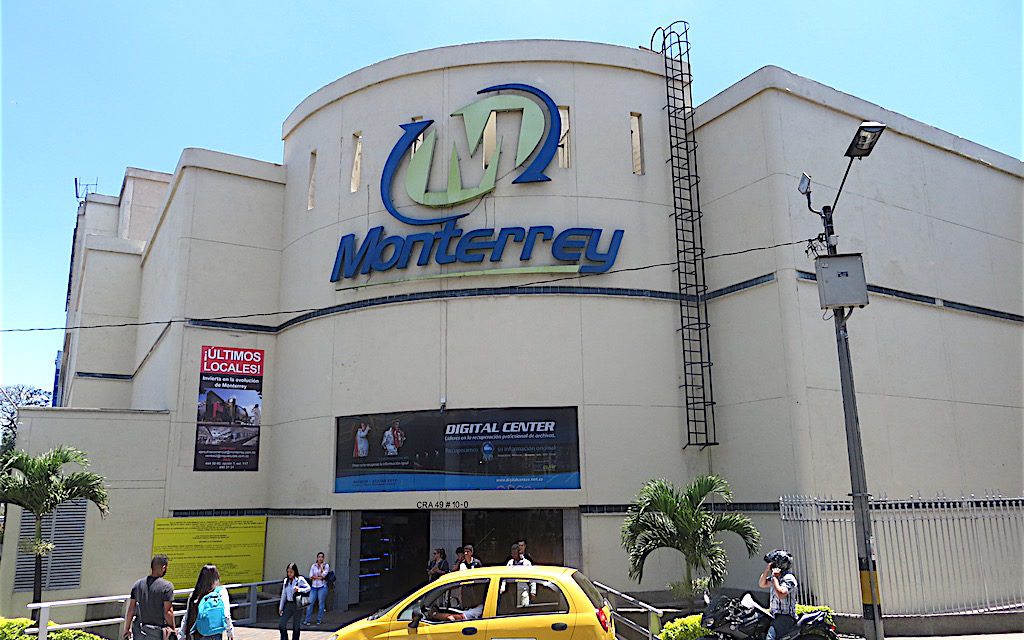 Centro Comerical Monterrey is a specialty mall in Medellín that is unlike all the other malls in Medellín. Monterrey is full of small shops selling technology products. In this mall, you will find well over 175 shops selling all types of technology products including cameras, cell phones, computers, computer parts, game consoles, network equipment, printers, printer cartridges, tablets and so much more.

In addition to all the technology products shops, the mall has other amenities including a bowling alley, movie theater, gym and a food court with many eating options. Also, there is an office tower with eight floors that has professional and commercial businesses such as doctors and dentists offering their services.

This is an older mall but you won’t find so many technology products anywhere else in Medellín. In the over seven years I have lived in Medellín I bought many products at this mall. This includes two cell phones, two cameras, a wireless router, a printer and several printer cartridges, a computer mouse and video cables.

The bottom line this mall is a good place to look for hard to find technology products. In addition, this mall has several shops with good prices. 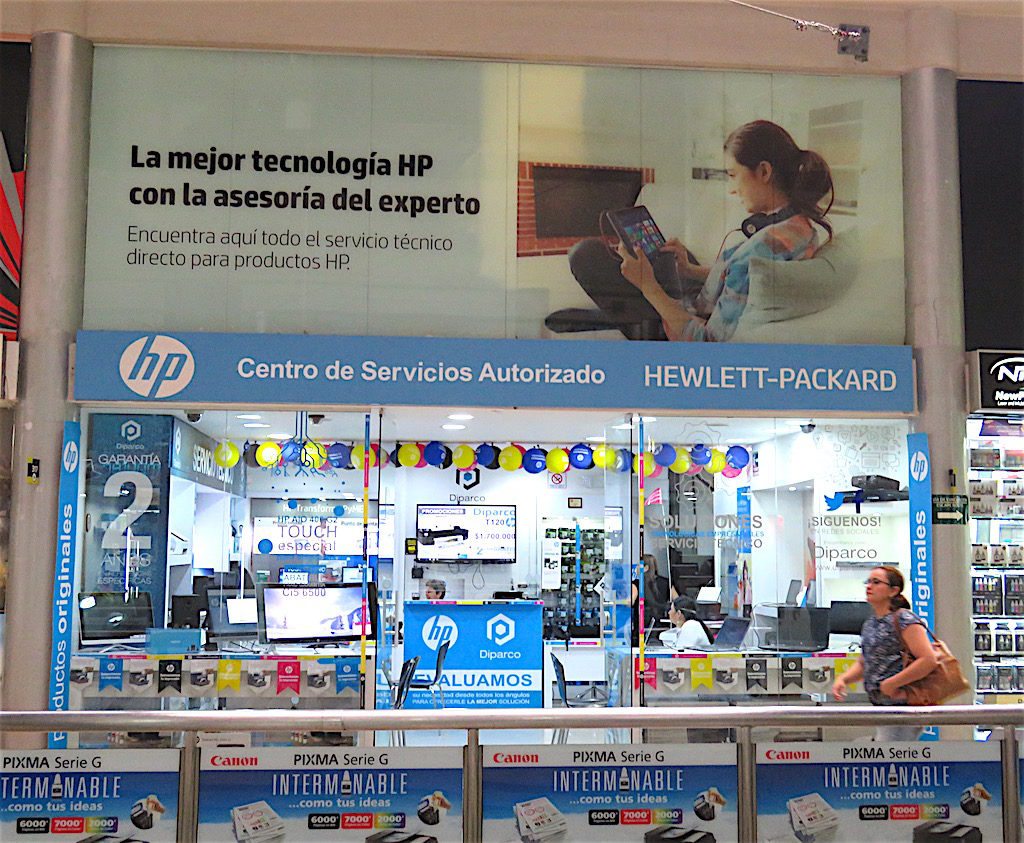 Monterrey is filled with all kinds of small technology product shops. Here is a partial list of some of the familiar brand technology shops in the mall: 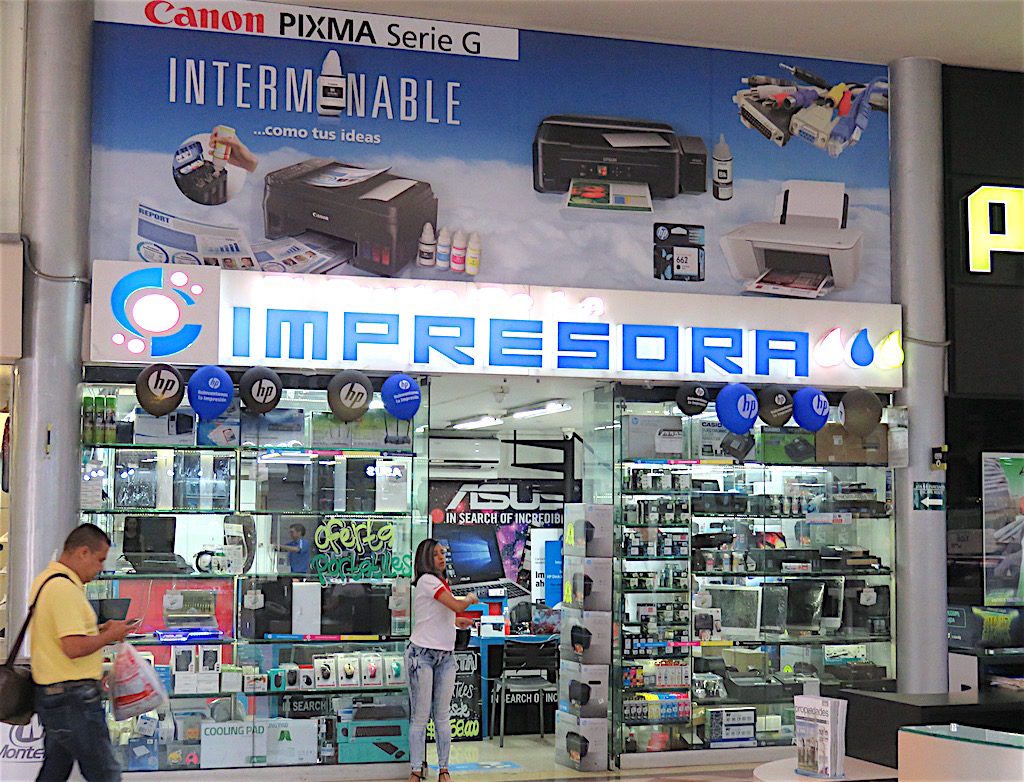 Also, there are shops that specialize in printers and cartridges, computer parts, gaming equipment and so much more. 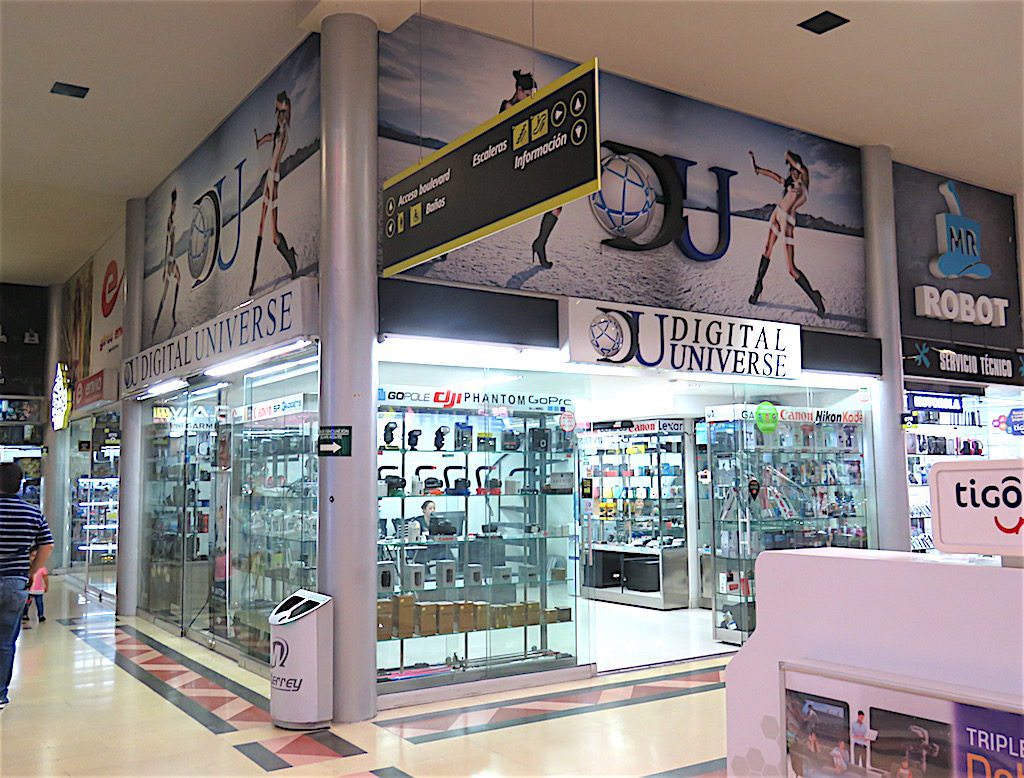 I bought several products over the past few years from the Digital Universe store, which specializes in cameras and related products, including drones. 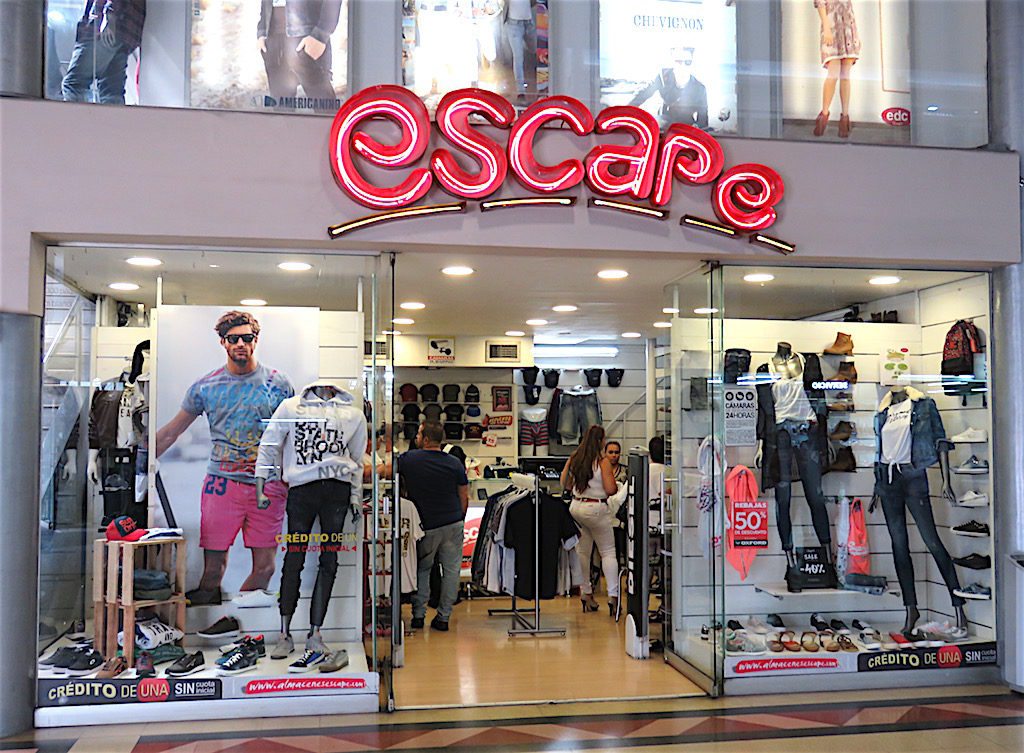 Escape, one of the clothing stores

There is a total of over 300 shops in the mall. The other types of shops that can be found in the mall include clothing, home furnishings, mattresses, shoes and several other categories.

Monterrey is very different than the other malls in Medellín like Santafé mall due to its technology focus. In addition, Monterrey is currently expanding with a project that will add space for more shops in the mall. 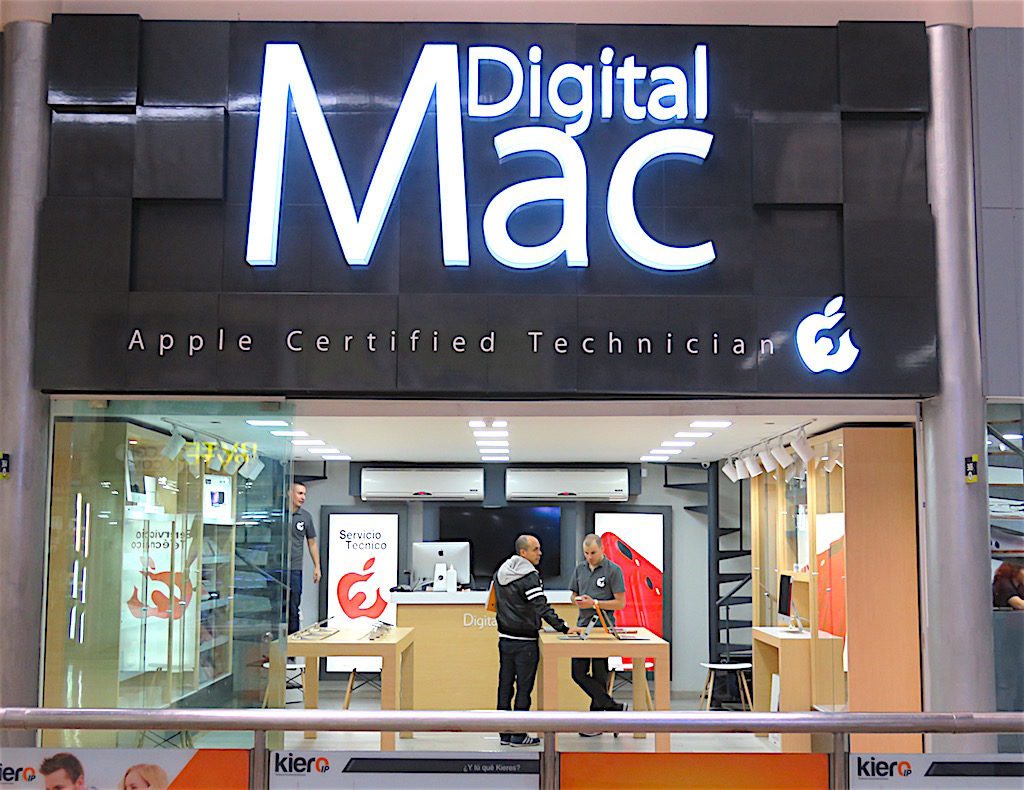 This technology mall is also a good place to find parts for computers or other technology products. 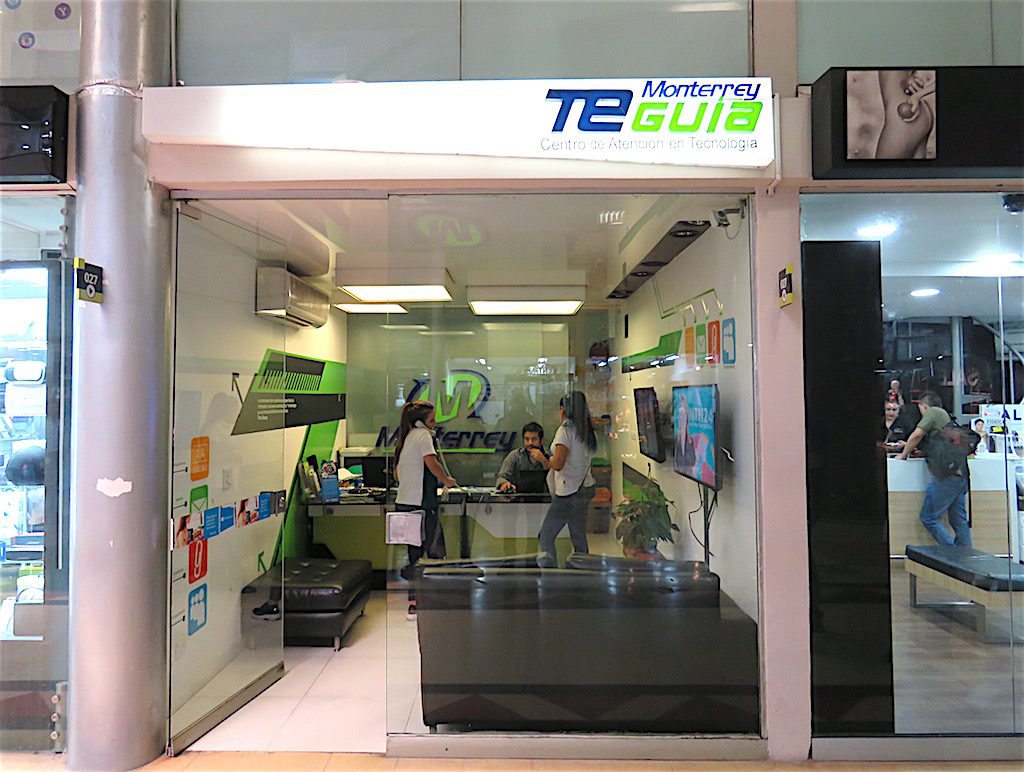 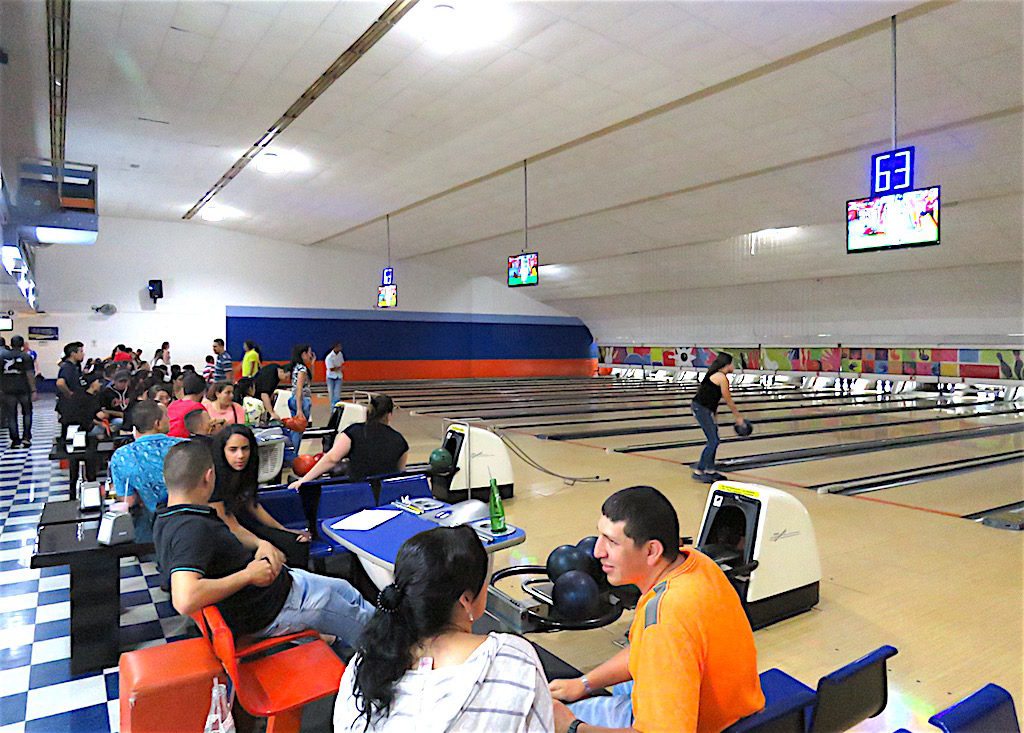 Monterrey has something pretty unique that you won’t find at any other mall in Medellín. Most notably, it has bowling! Bowlinco Bolera is a bowling alley, which is located on the fifth floor. There is a special elevator in the mall to get to the bowling alley.  There are three bowling alleys in Medellín.

This bowling alley has 18 lanes and reportedly has been in operation for over 20 years. In my experience it is very popular in the evenings and on weekends. This is one of three bowling alleys in Medellín.

It costs 10,000 pesos per person per bowling game. And shoes cost 1,500 pesos. They also have a restaurant/bar and some pool tables. 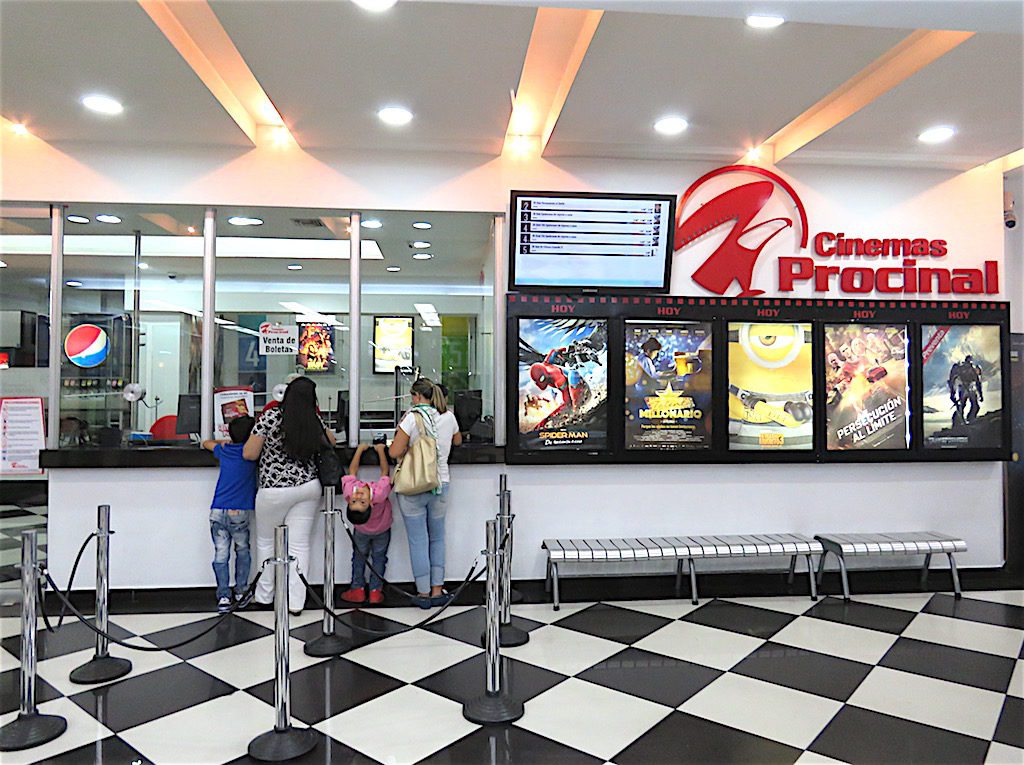 Furthermore, Cinemas Procinal has a Cinemas Procinal frequent moviegoer card. With this card, you can buy movies tickets at discounted prices. And you can receive discounts on food and beverages. 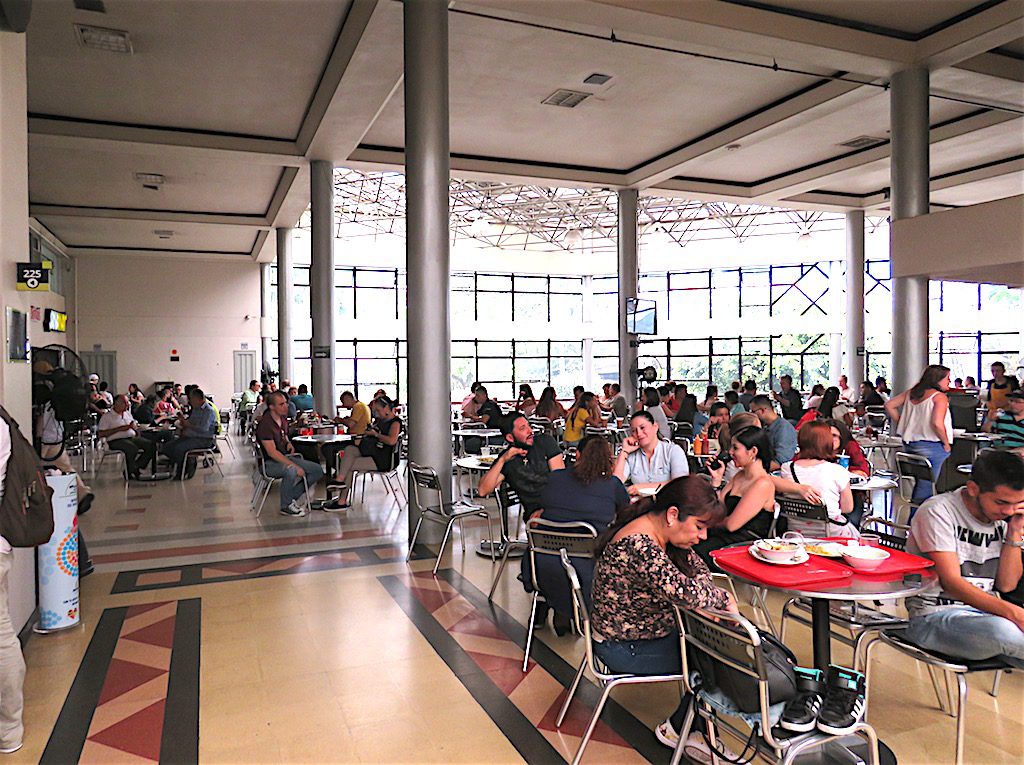 The mall also has two small food courts located on the first and second floors with over 40 fast food places. In addition, there is the Santa Gracia restaurant/bar on the first floor.

In the mall, you can find many of the typical mall food places common in Medellín, including Dogger, La Brassa Roja, Mimo’s, Qbano and Subway. And there are several restaurants specializing in typical Colombian food.

How to Get to Monterrey Mall

Monterrey Mall is conveniently located a few minutes’ walk from the El Poblado metro station. So, it’s easy to get to using the metro. It’s also located about a 15-minute walk downhill from Parque Lleres. In addition, just about every taxi driver in the city will know where it is located.

Also, we included Monterrey in our article about the 14 best malls in Medellín. 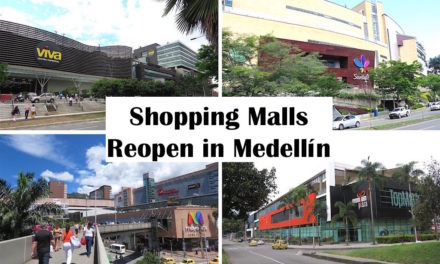 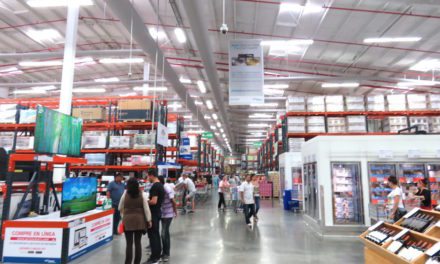