Crepes & Waffles: A Popular Chain of Restaurants in Colombia 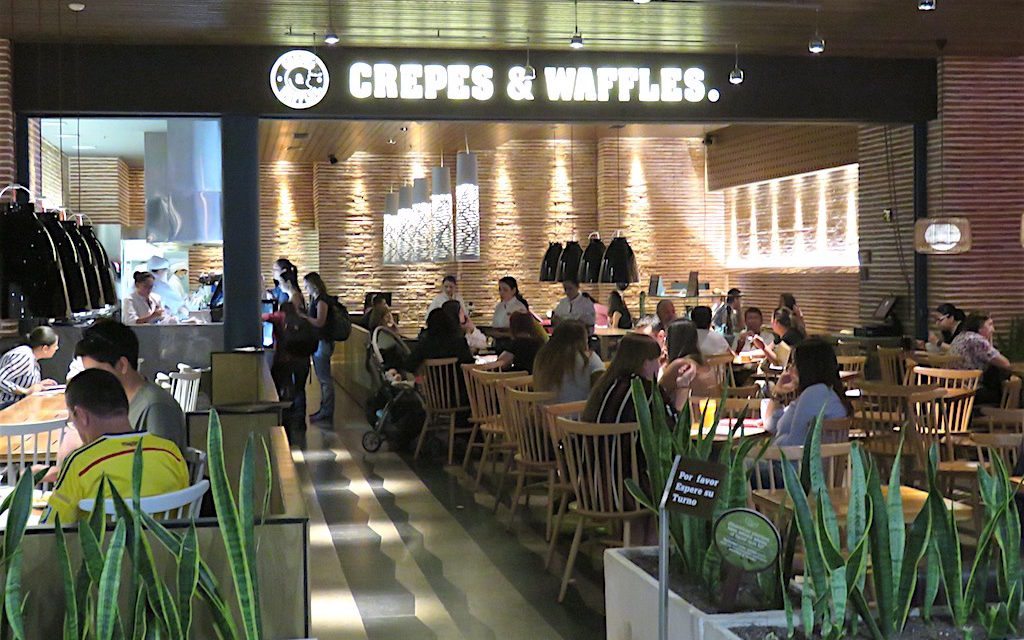 Crepes & Waffles is a very popular chain of restaurants in Colombia that specializes in crepes, waffles and ice cream.

In Medellín, Crepes & Waffles is so popular the company has grown to a total of 20 restaurants and several ice cream shops. And the restaurants are not difficult to find, as over half of them in Medellín are found in malls in the city. 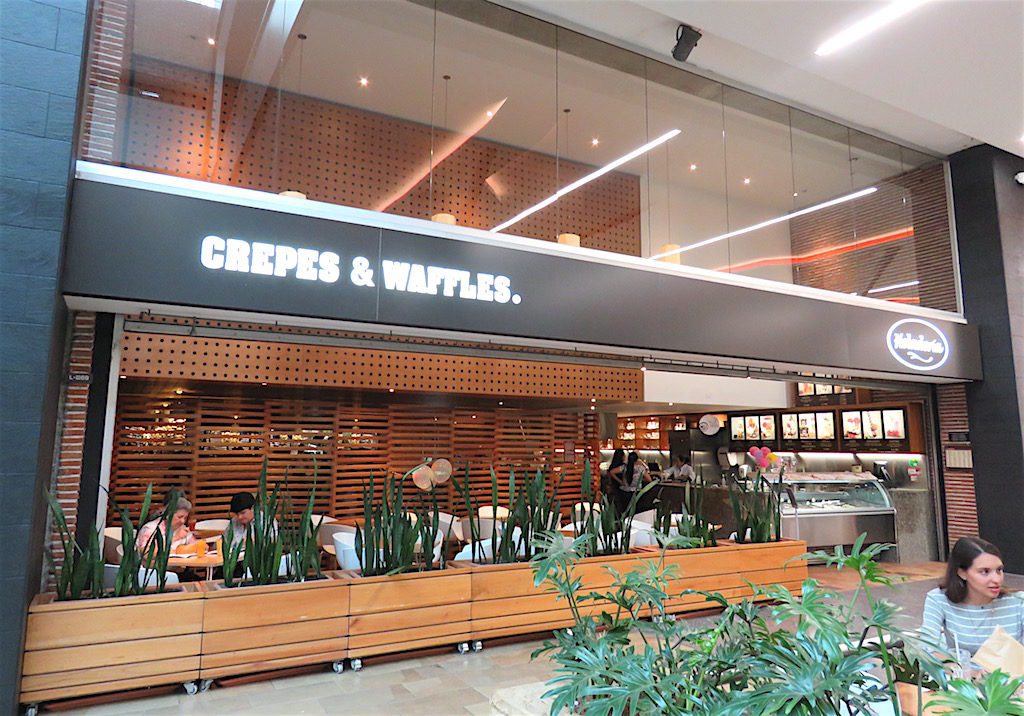 Crepes & Waffles was started in Bogotá by two students at CESA university. On April 13, 1980, they opened their first restaurant in Bogotá, which was styled like a small rustic French crêperie.

My Experiences at Crepes & Waffles

I first discovered Crepes & Waffles in Cartagena way back in late 2006 during my first trip to Colombia.  I enjoyed the food there and went back several times.

Since that time, I have eaten at this restaurant chain many times over the past 11 years in five different cities in Colombia. In my experience the food is consistently good. But the service isn’t always consistent and can be slow, particularly if a restaurant is busy.

At lunch and dinner, Crepes & Waffles restaurants are sometimes full as they are quite popular. But many of their restaurants are fairly large. So, it may not be a long wait for a table in my experience. Crepes & Waffles has an extensive food menu. Obviously crepes and waffles are the focus. There are 18 different vegetarian crepes options ranging in price from 13,900 peso for the mushrooms crepes to 24,300 pesos for the three cheese crepes. 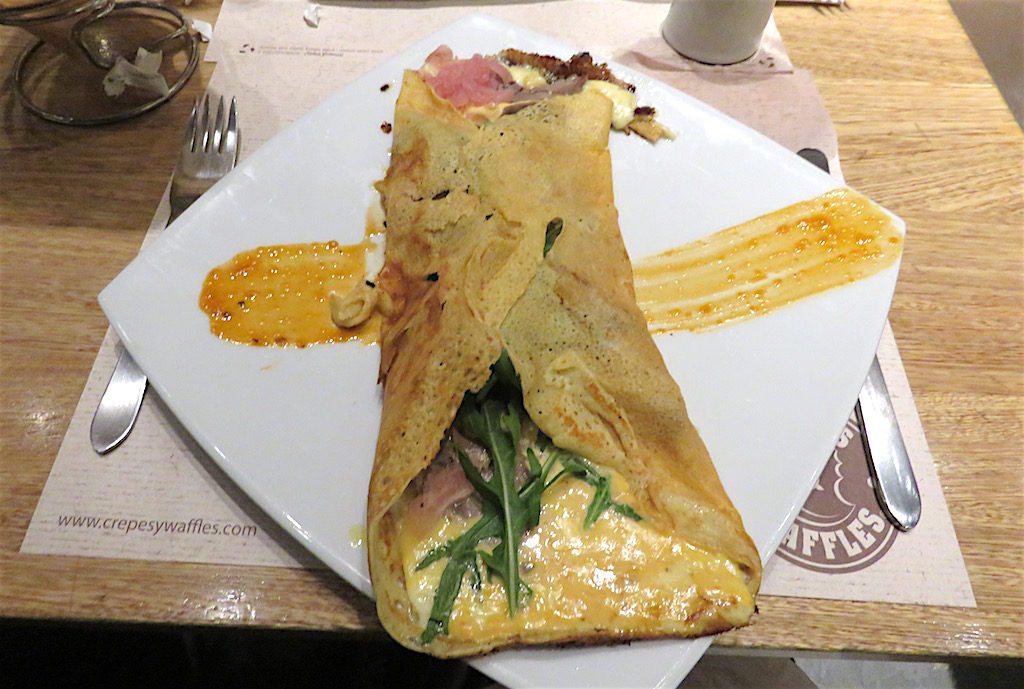 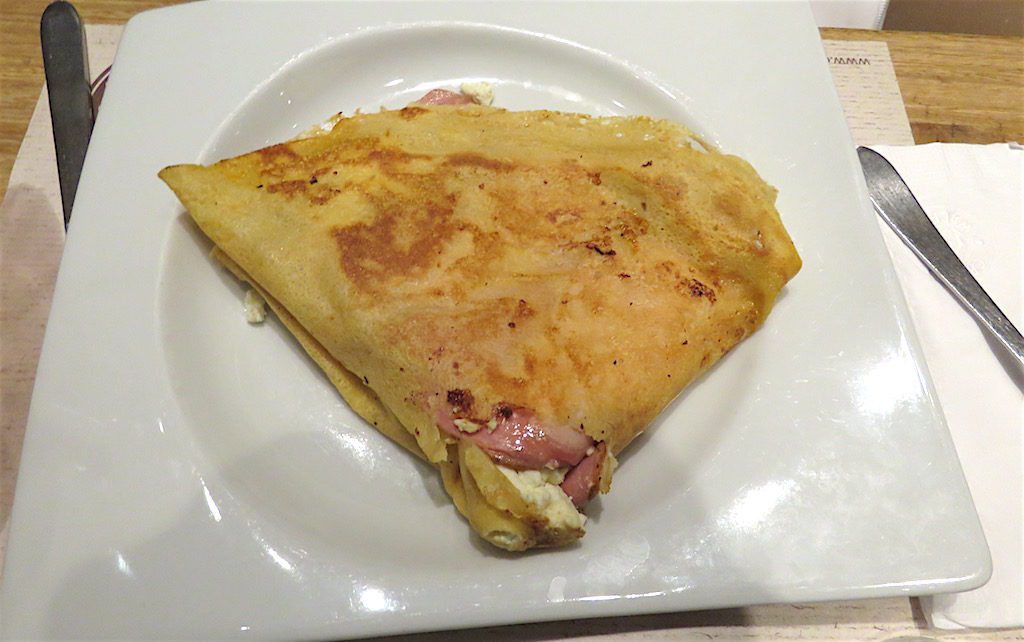 Also, there are egiht different classic crepes ranging in price from 11,900 to 25,600 pesos. There are 14 different chicken crepes with prices ranging from 15,900 to 19,900 pesos. Finally, there are many more cheese crepes and special crepes options on the menu. 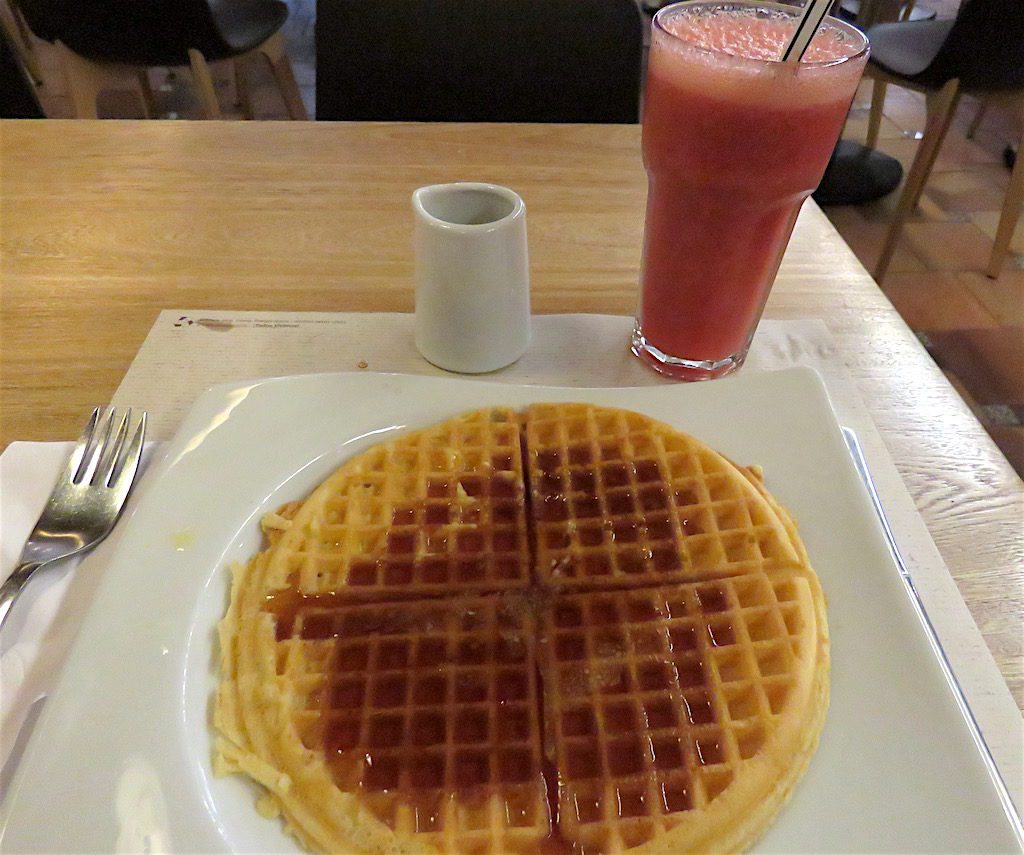 Simple waffle with butter and syrup

There are 23 different waffle and mini-waffle options on the menu ranging in price from 5,900 to 9,600 pesos. 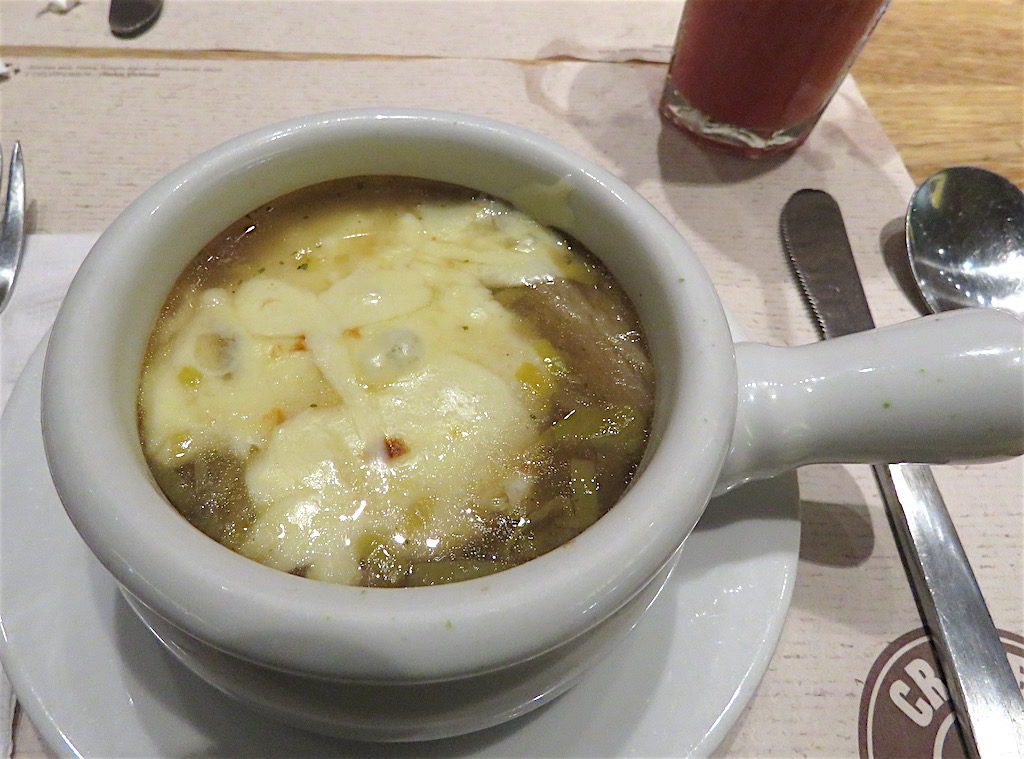 Also, there are eight different soups on the menu with prices ranging from 8,900 to 14,500 pesos. One of my favorites is the cheesy French onion soup that is really good.

There many other things on the menu including eggs and bacon. The extensive menu can be seen online (in Spanish) without prices.

The drink menu at this restaurant chain has several options. There are several Colombian coffees and cappuccino ranging in price from 3,000 to 6,500 pesos. And there are 15 different natural juices and lemonades to choose from that range in price from 4,300 to 7,200 pesos.

They also have seven different beers on the menu ranging in price from 5,600 to 8,900 pesos. And there are a few wines available by the cup or bottle.  Also, there are sodas and bottled water for 3,900 pesos each. 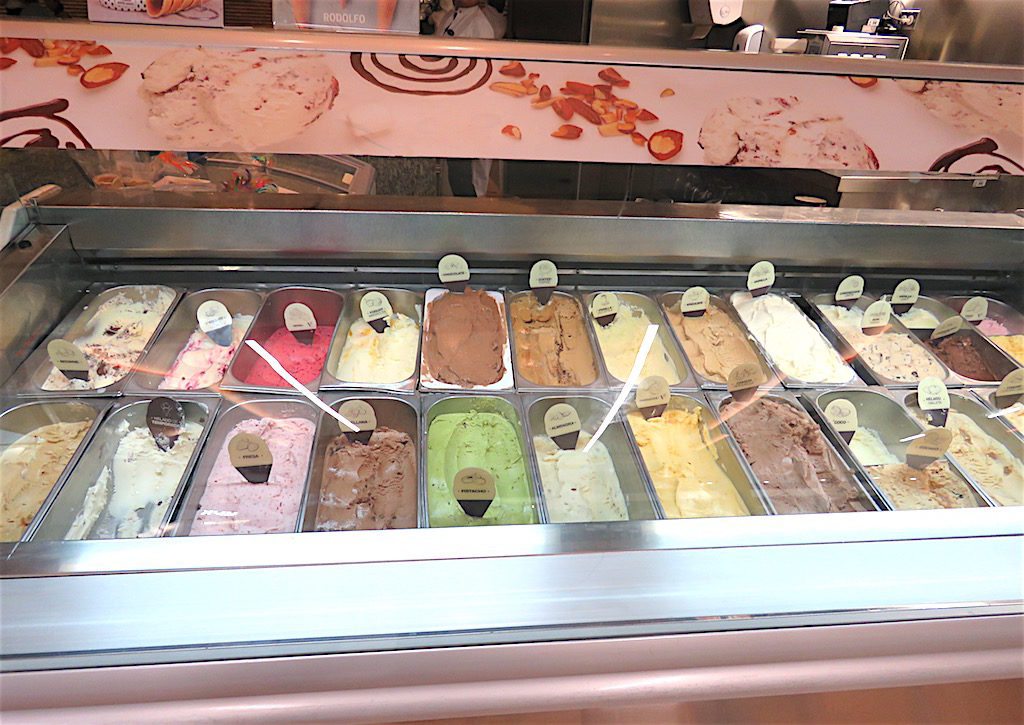 Crepes & Waffles is famous for its ice cream. And they even have a separate menu just for all the ice cream options with many photos.

On the ice cream menu you can find so many options including banana splits, fondue and many types of fruit flavored ice cream. 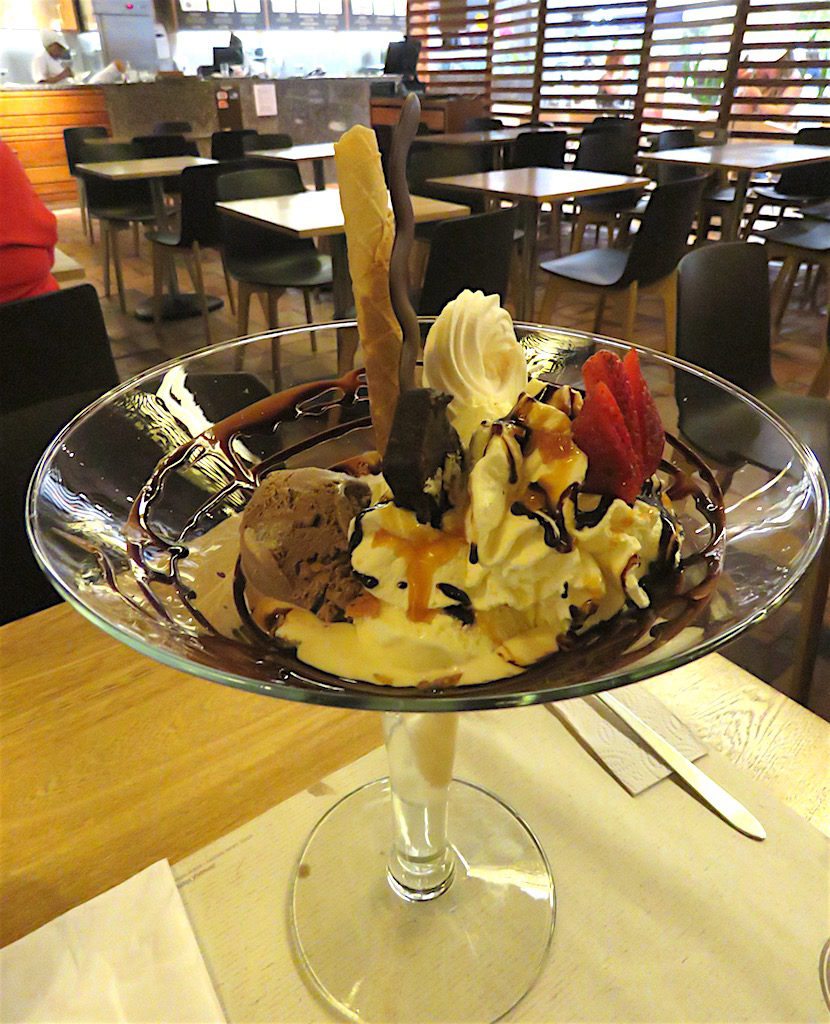 In addition, they have many signature ice cream dishes with names like Saint Honore (vanilla ice cream with chocolate sauce, walnuts and whipped cream) or Delirio (Chocolates playing with different textures, where the caramel crystals melt with whipped cream).

You can see all the options on the ice cream menu on their website (in Spanish).

How to Get to Crepes & Waffles

In Medellín and nearby, Crepes & Waffles has 20 restaurants listed below: 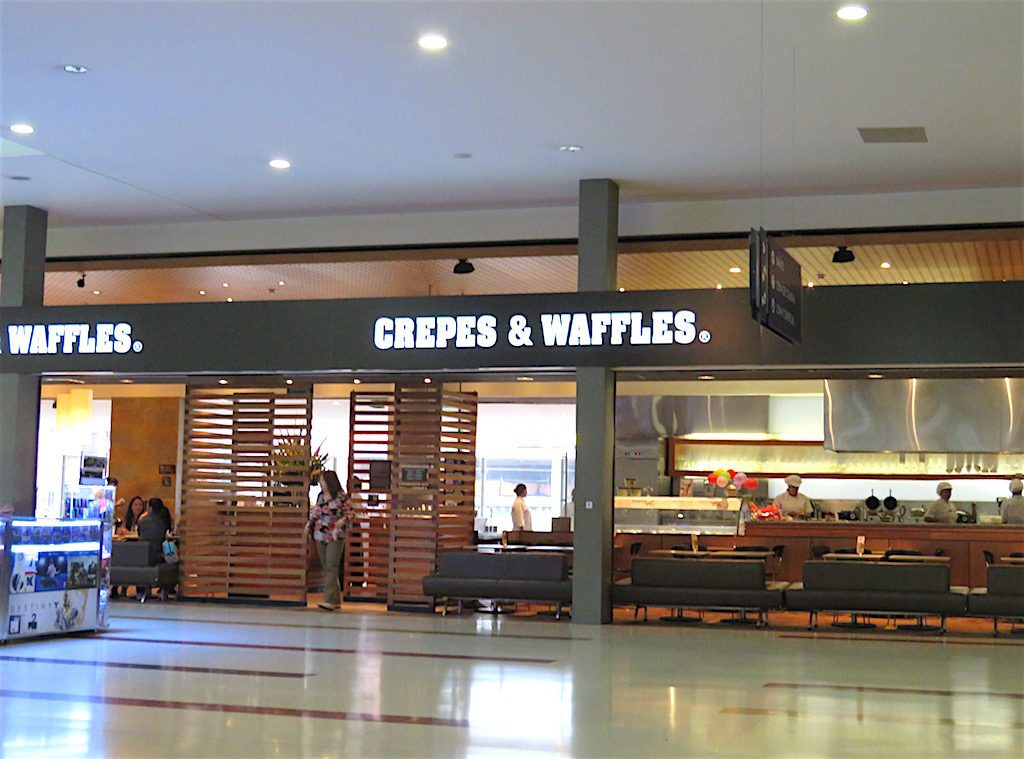 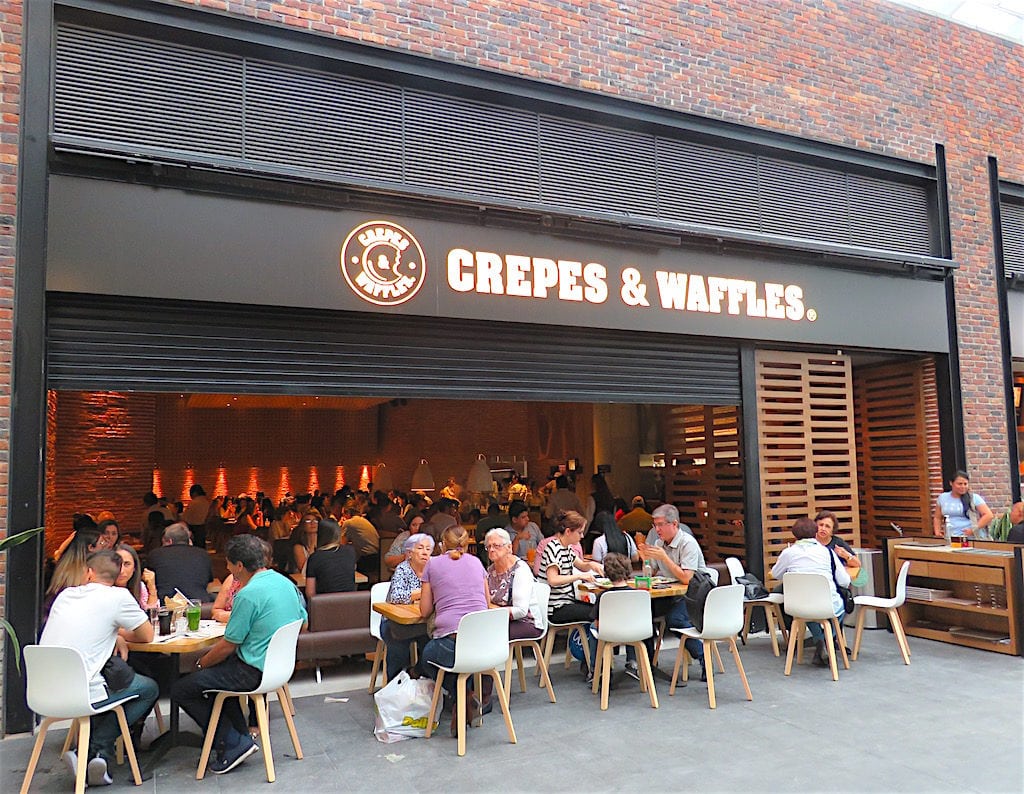 In addition, the company has several restaurants in other countries. Crepes & Waffles has restaurants located in Chile, Ecuador, Mexico, Panama and Spain.

The restaurant chain has a total of over 120 restaurants in six countries. In Colombia, they have over 100 restaurants and over 60 ice cream shops. A list of all of their restaurant and coffee shop locations can be found on the Crepes & Waffles website. 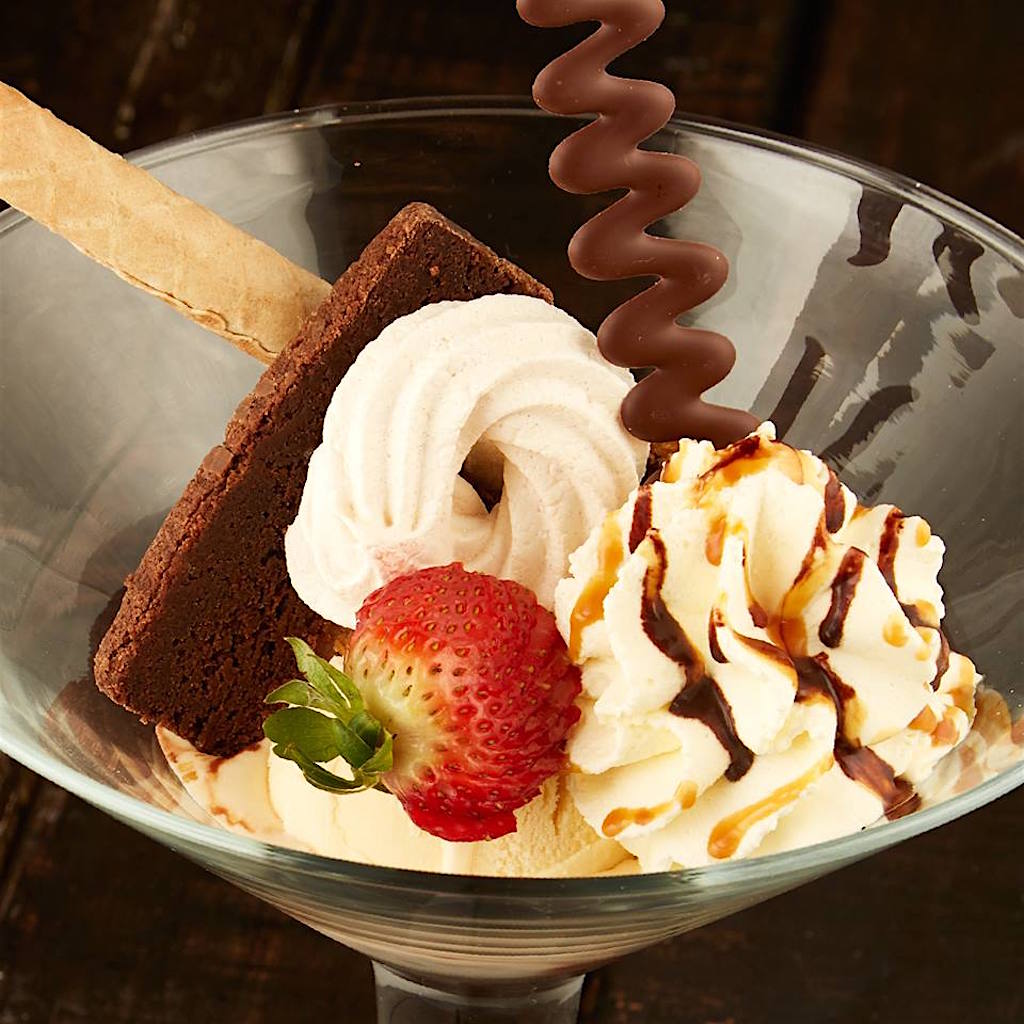 One of the ice cream desserts, photo courtesy of Crepes & Waffles

Crepes & Waffles is a good option for lunch, brunch, dinner or just a dessert. It’s expected to remain a popular restaurant chain due to having some good food.

Also, I believe this chain would do well in the United States where it hasn’t expanded to yet. I have a very picky friend in the U.S. that traveled with me to Colombia several years ago. He normally finds something he dislikes about most restaurants. But he loved this restaurant. And he later told me he wished he could find this restaurant chain in the U.S., as he liked it so much.

Editors note: updated on October 23, 2019 with current menu options and prices plus updated the count of restaurants the chain has in Colombia and the world.

Editors note: updated on November 17, 2019 to add the newest Crepes & Waffles location in the new Arkadia mall in Belén. 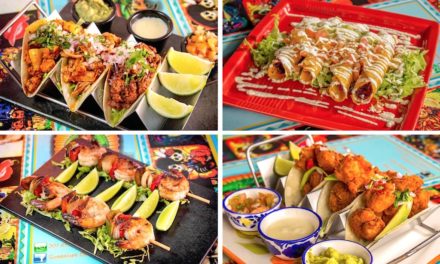 Guadalupe: A Hidden Gem Mexican Restaurant in Bello and Medellín 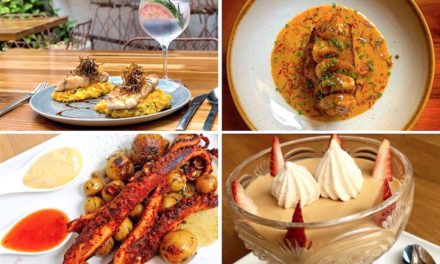 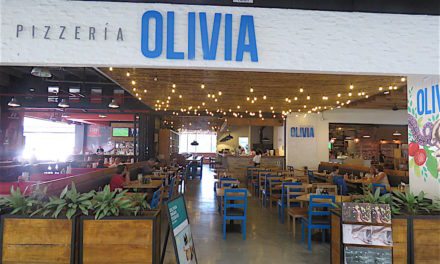 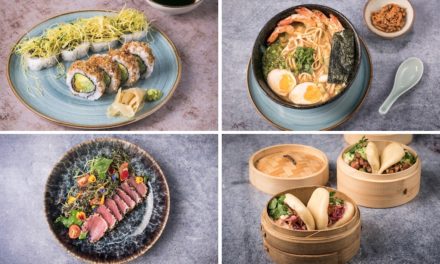