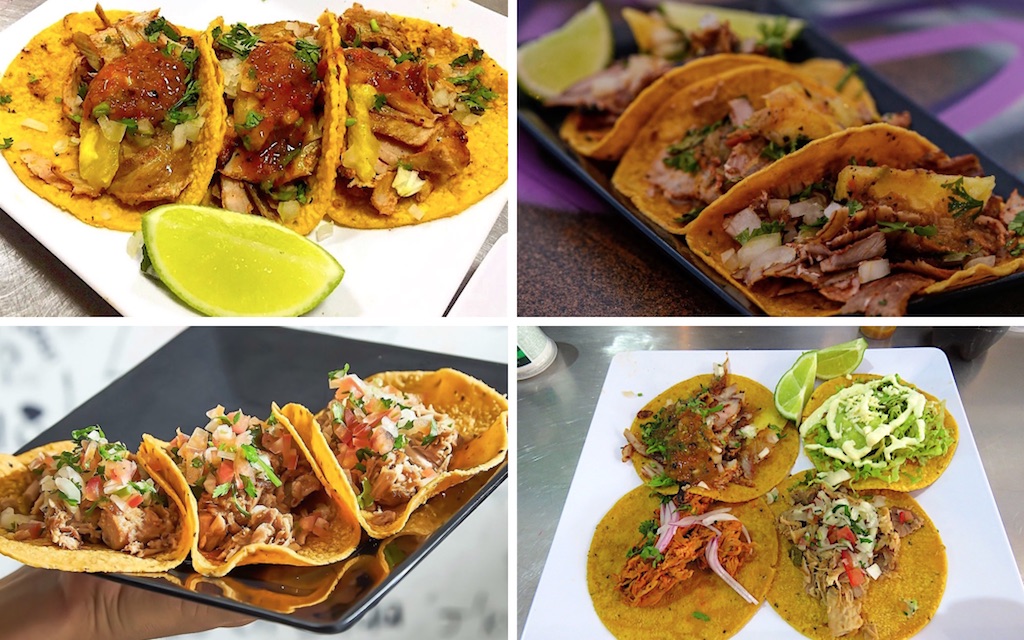 Emiliano la Taqueria is a Mexican restaurant chain with two locations in Medellín, which has very good tacos but hasn’t been discovered by many expats.

Emiliano la Taqueria has two locations in Medellín in El Cento and in Belén. The El Centro location is small but is very popular due to having good tacos and inexpensive prices. So, there is normally a wait for a table during lunch at this location.

Note three of the above photos are courtesy of Emiliano la Taquiera. 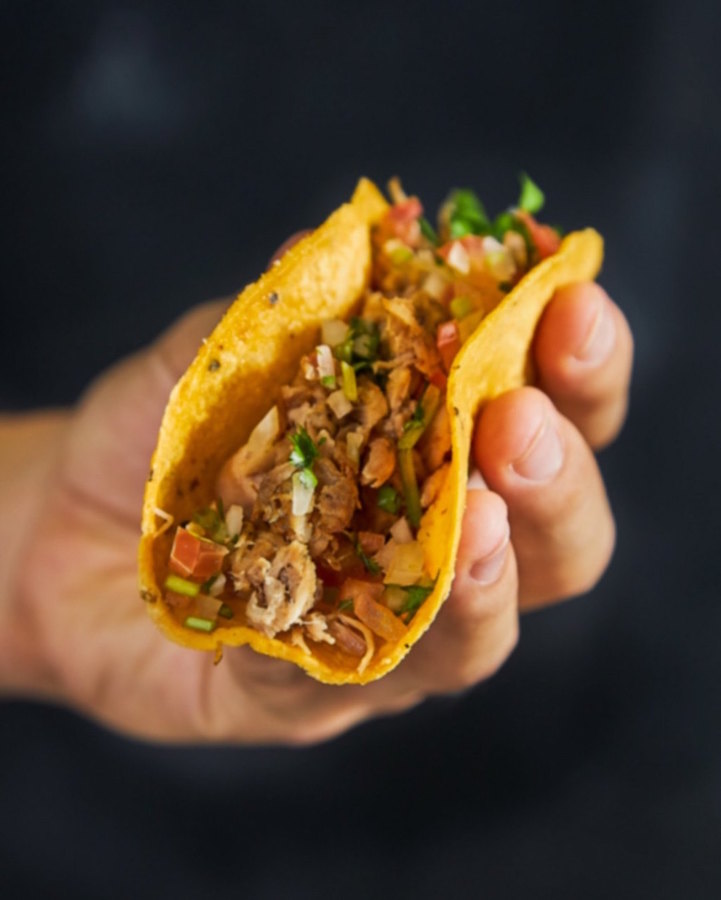 The specially at Emiliano la Taqueria is tacos. This place is like a small taco restaurant you would find in Mexico, which specializes in tacos. 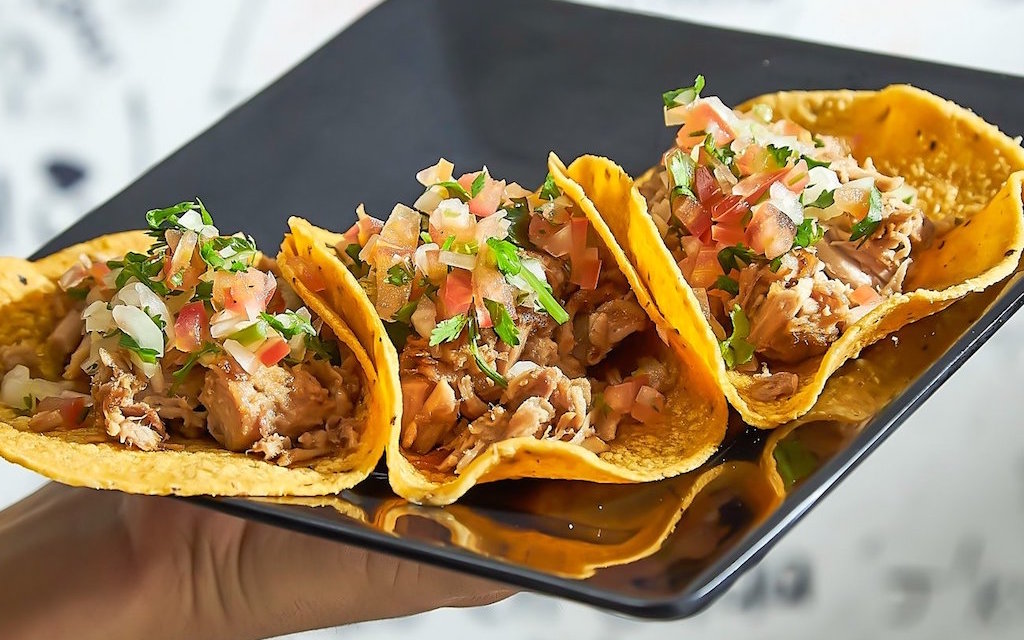 There are nine taco options on the menu. For example, the taco al pastor is 4,000 pesos for one taco. And there are five taco dish options with three or four tacos for 11,900 to 15,900 pesos. For 15,900 pesos you get four different tacos. So, you can try the different tacos available. 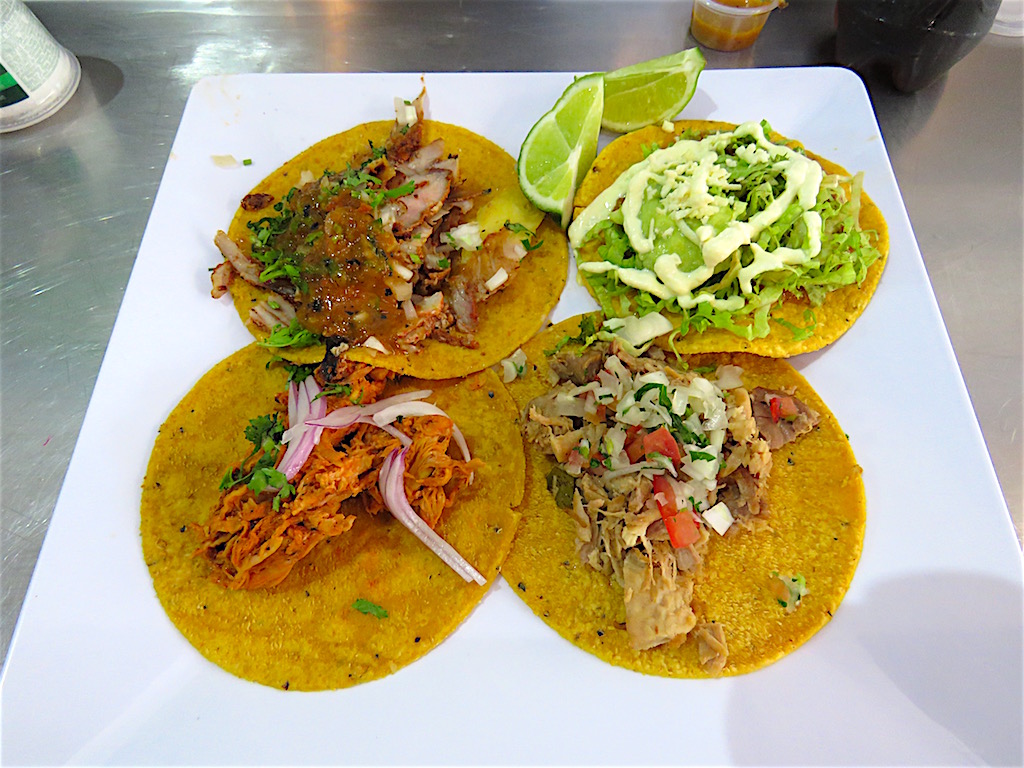 For 15,900 pesos you get four different tacos 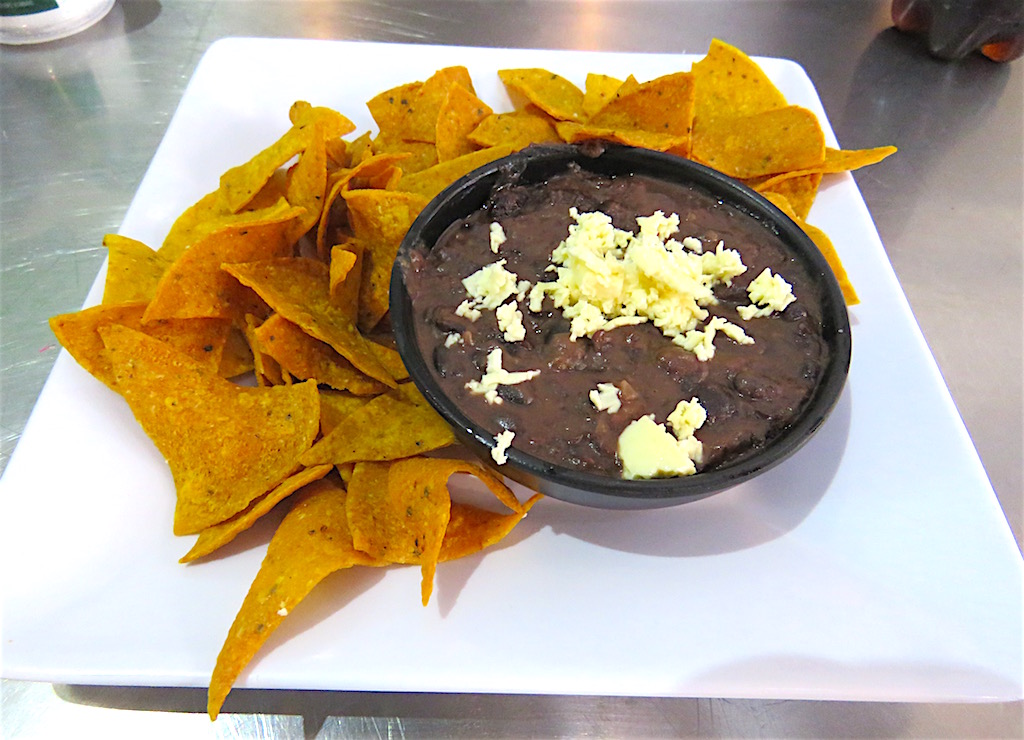 Finally, there is a dessert on the menu priced at only 6,000 pesos. 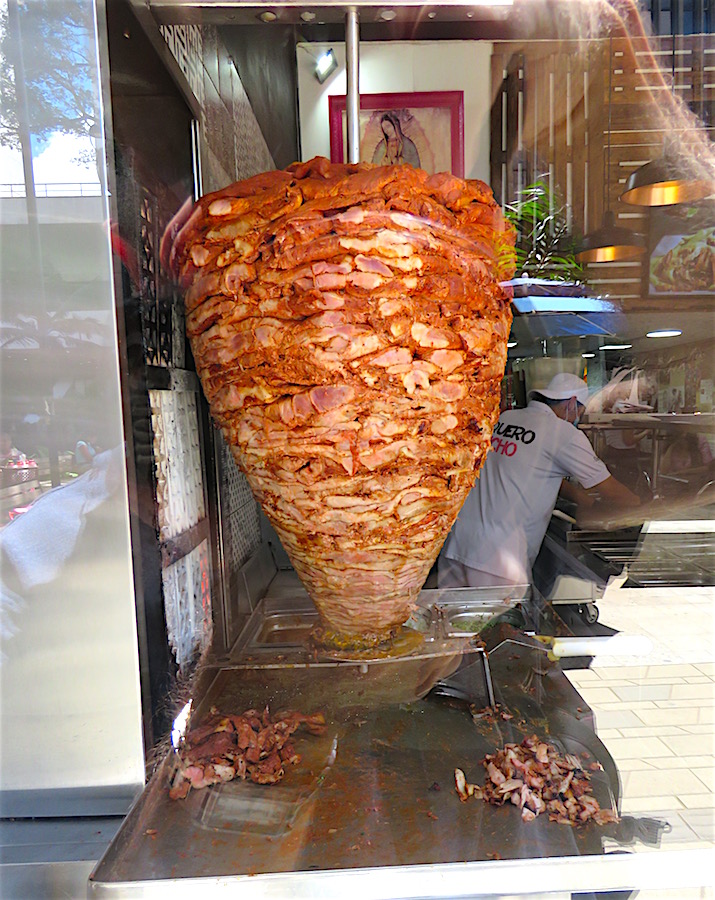 Pork for the tacos al pastor in El Centro

Also, on the menu are non-alcoholic drinks including sodas and waters from 3,000 to 4,000 pesos. 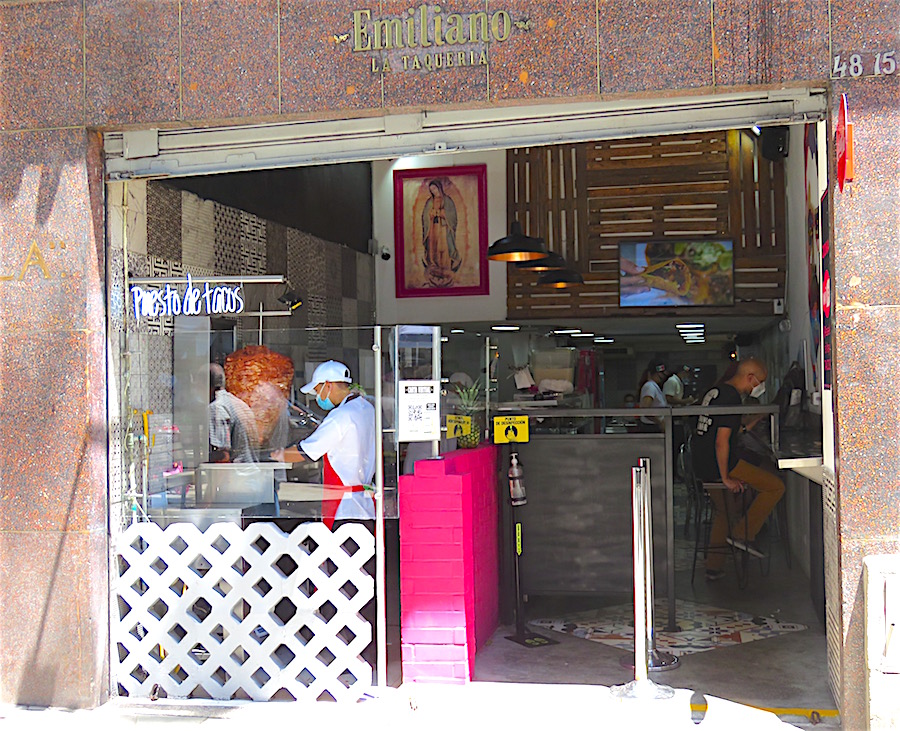 The location in El Centro is about a five minute walk from the Parque Berrio metro station on Avenida La Playa.

If you are visiting El Centro to see some of the tourist spots such as Museo de Antioquia or Plaza Botero, Emilino la Taquiria would be a good place to get a taco lunch. I have eaten at the El Centro location several times after shopping in El Centro.

The location near PriceSmart is on the west side of Olaya Herrera Airport and is near Clínicas Las Américas.

The Best Restaurants in El Centro in Medellín

We have looked a eight of the best restaurants in El Centro in Medellín: 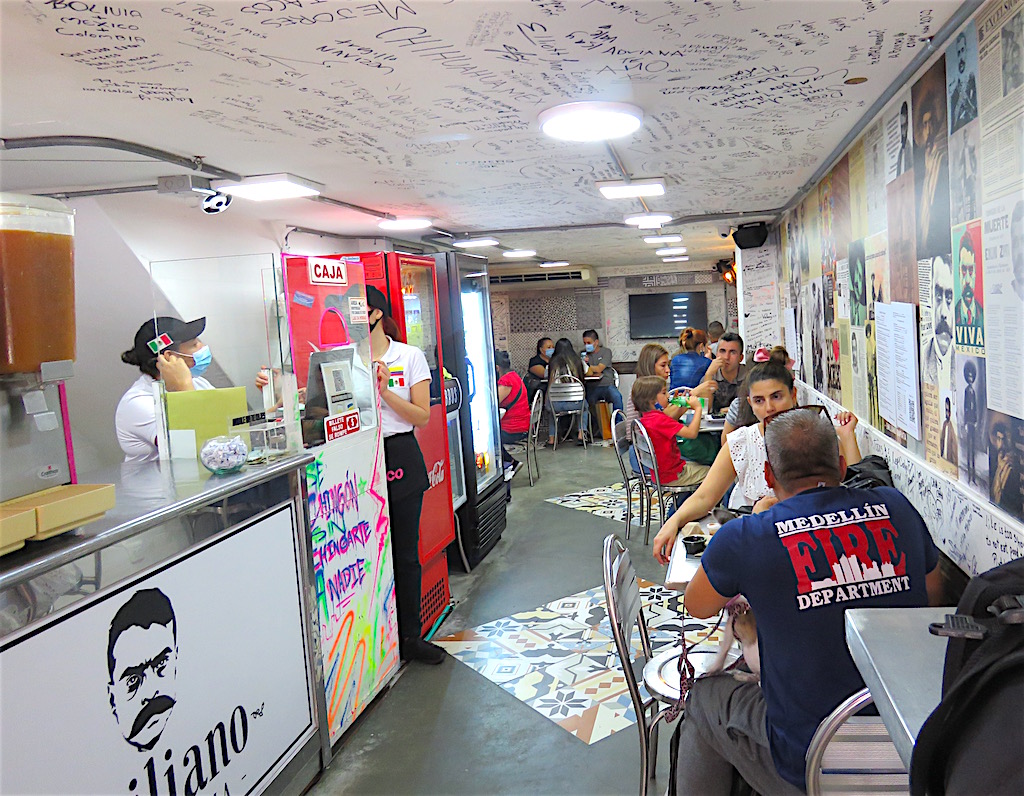 Emiliano la Taqueria has some very good tacos. So, it’s popular with locals due to having good tacos and inexpensive prices. But you normally won’t see foreigners at this restaurant, as it hasn’t yet been discovered by foreigners.

We normally don’t cover small restaurants like this. But Emiliano la Taqueria is very popular with locals and has very good tacos. 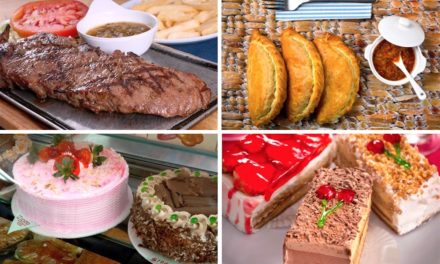 Versalles: A Popular Argentinian Restaurant in Medellín in El Centro 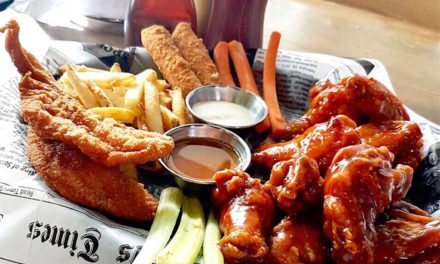 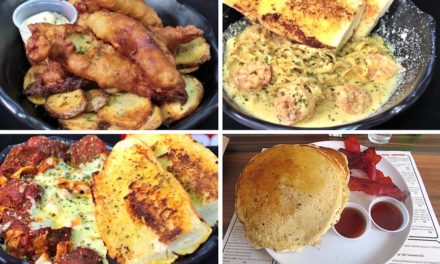 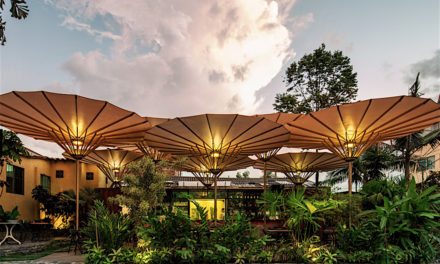