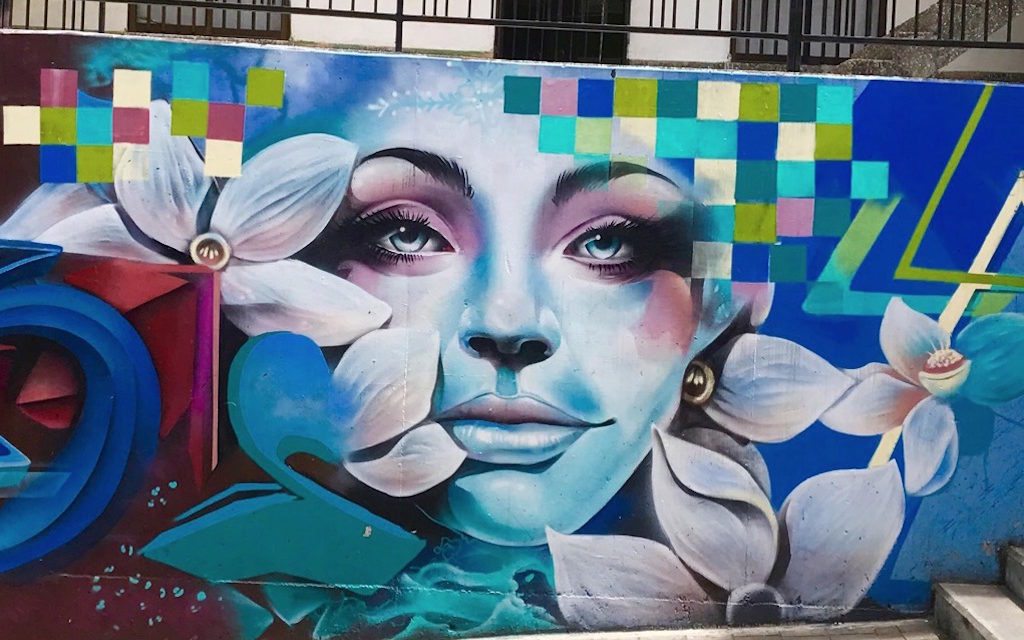 The city of Medellín continues to amaze me every day. I recently went on a Comuna 13 graffiti tour. And I found Comuna 13 to be community that has been transformed through improved accessibility, investment, street art and community solidarity. Note the above photo is graffiti on display in Comuna 13.

Medellín’s treacherous history is no secret.  A mere 25 years ago, Medellín was the most dangerous city in the world with an average of 380 killings per 100,000 people.  Fast forward to 2013 and Medellín was named the most innovative city in the entire World.  So, it’s fair to say, A LOT has changed.

Although I’ve felt immense love for the people and culture within Colombia from Day 1, there was always something special about Medellín.

I truly believe it is the resilience of the people that has captured my heart.  Not only do they have a tremendous sense of pride for their city, but to put it simply, they’ve been through an awful lot.

And those that have survived, have built a type of strength that is rarely seen. Yet with all they’ve endured, Paisas (the word for people from Medellín and Antioquia) still have a heart of gold. 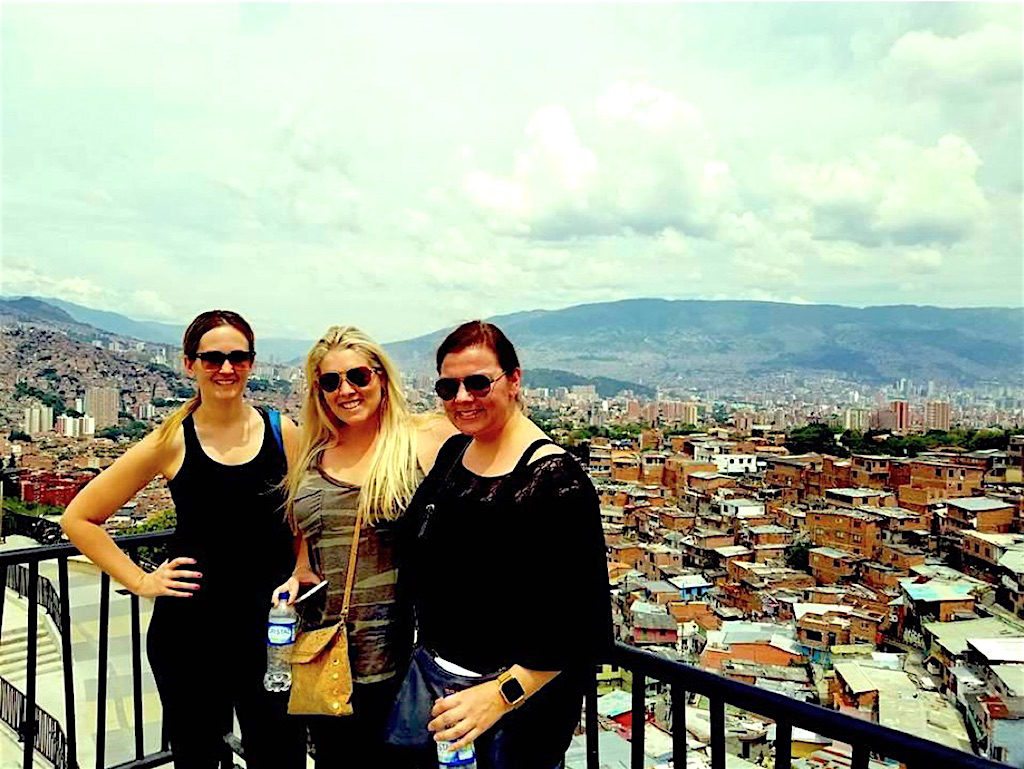 Taking in the Comuna 13 views with a few friends

It’s difficult to point to just one reason for Medellín’s stark transformation.  I asked this question to our tour guide as we begin our Comuna 13 graffiti tour.  She stated, ever so eloquently, that Medellín is finally giving its city back to the people.

In other words, Medellín is drastically enhancing access to public spaces such as parks, libraries, schools, outdoor gyms and fútbol fields. And the city is providing opportunities for people to finally own their city again. 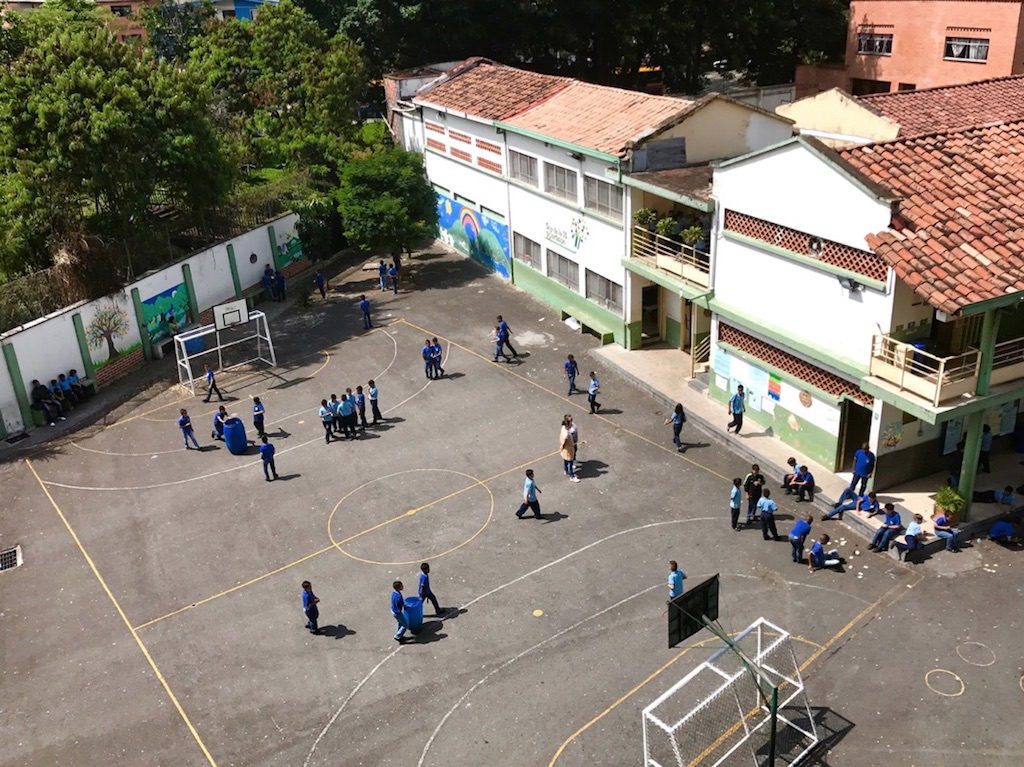 Not long ago, it would be too dangerous for school aged children to play outside. Today, it is commonplace.

One of the best examples of Medellín giving their spaces back to its people, is Comuna 13 or District 13, also known as San Javier, which contains 21 different barrios (neighborhoods). San Javier is primarily residential, occupying a hilly area at the western edge of Medellín. In addition, it’s one of the most densely populated areas of the city.

If you Google the words “Comuna 13” and read about the history from 15 – 20 years ago, it is evident you wouldn’t venture there.  That’s because there was heavy internal conflict between guerillas, narcos, the government and other rebel groups.

Today, going on a graffiti tour in the Comuna 13 neighborhood is now one of the most popular tourist attractions Medellín has to offer.

In this article, I will share with you more about the history of the neighborhood, the graffiti tour and how you can also see these beautiful works of art.

Looking down at the new Comuna 13

It was another beautiful and warm day in Medellín when we met our tour guide from Comuna 13 Tours at the Poblado metro station. As the tour begins, we begin learning about the history of Medellín and specifically, Comuna 13.

We quickly learn that Comuna 13 was such a valuable neighborhood because of the access it granted to one of the main roads, the San Juan Highway leading west out of the city (and north to the Caribbean coast). And this main road was vital to control, as it provided access for transporting legal and illegal goods, as well as direct access to sea and shipping ports. 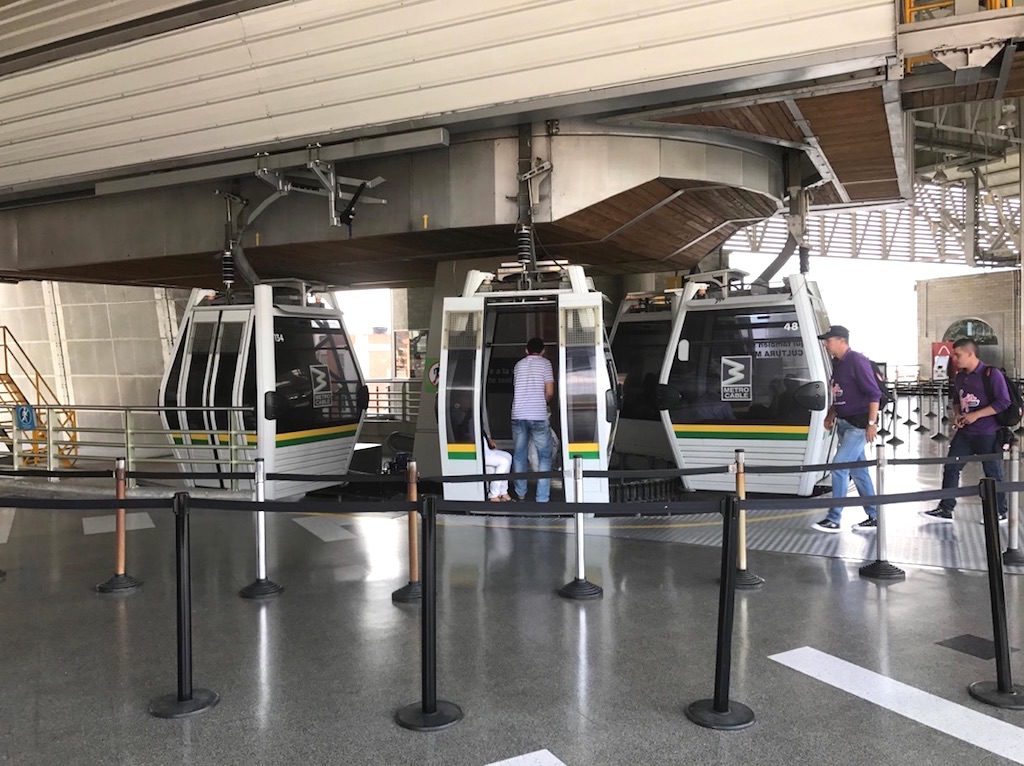 Medellin’s Metrocable has changed the way people are transported throughout the city.

We hopped on the Medellín metro on Line A to San Antonio stations and switch to Line B and took it to the San Javier station, which is the last station West on Line B.  From there, we transferred to Line J, which is one of the innovative Metrocable lines that have been copied in other cities. Riding the Metrocable is an experience in itself.  The jaw-dropping scenery as you escalate through the mountain offers a 360-degree view of Medellín’s beauty.

The Metrocable lines are free when transferring from the metro (if you don’t leave the station), except for the Metrocable line to Parque Arví.  This inexpensive price allows residents from lower estratos to access the city easily. Previously, mule roads were a common mode of transportation. What could take several hours or longer, now takes less than an hour.

As we travelled up the Metrocable line, we saw the different classes of housing.  In Medellín, there is an estrato system ranging from 1 to 6.  In Colombia, residential properties are ranked on a 1-6 socioeconomic scale (with 6 being the highest). These are known as estratos.

Estrato 6 signifies living in the most affluent areas of Medellín like El Poblado, which is 75 percent estrato 6. Especially relevant, estrato 6 has plenty of access to resources like hospitals, shopping malls, groceries and transportation.

Estrato 1 indicates the lowest class and very limited access to resources. In Medellín, the higher up the mountainside hills in many areas are typically lower estratos.  And there is less access to infrastructure like hospitals, transportation and basic utilities. 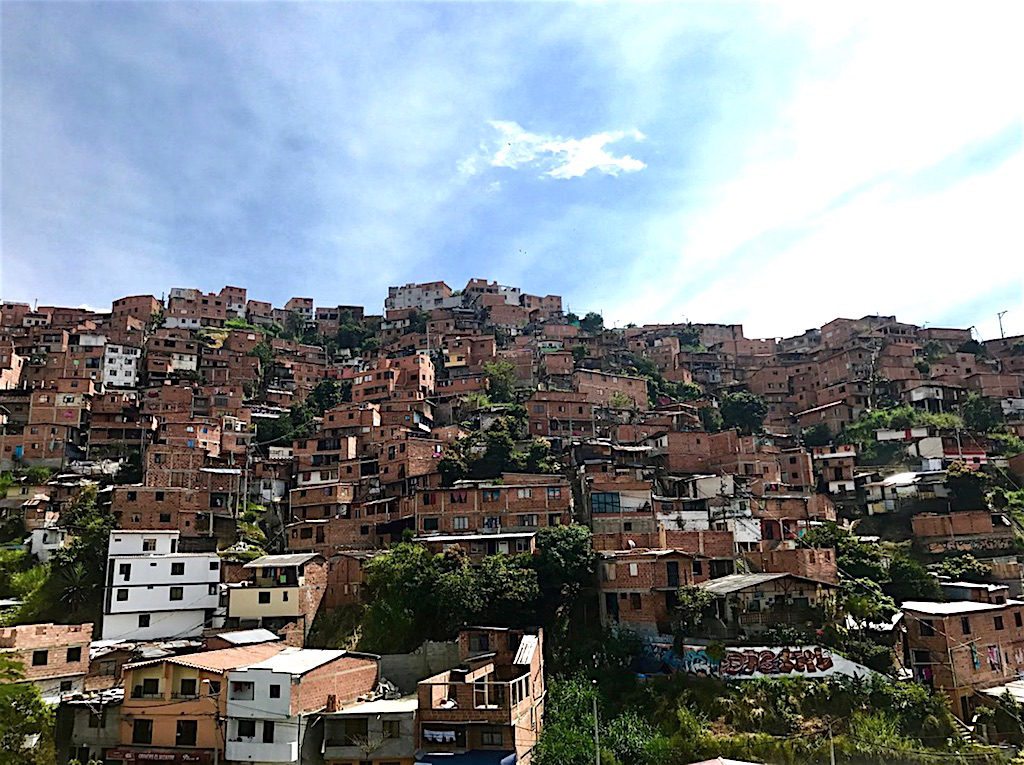 Lower estrato housing as we take a ride up the Metrocable

Many of these comunas like San Javior up the hills began because of a large influx of people from the countryside looking for work in Medellín. Unfortunately, living in the heart of the city was too expensive. Instead, they started claiming unclaimed area on the side of the mountains. There, they began to build homes and a community.

The people that arrived in Medellín from the country often got jobs in construction. Because of this, they were easily able to build their own homes. In addition, having been used to an abundance of land in the country, they brought with them animals, gardens and other country customs. 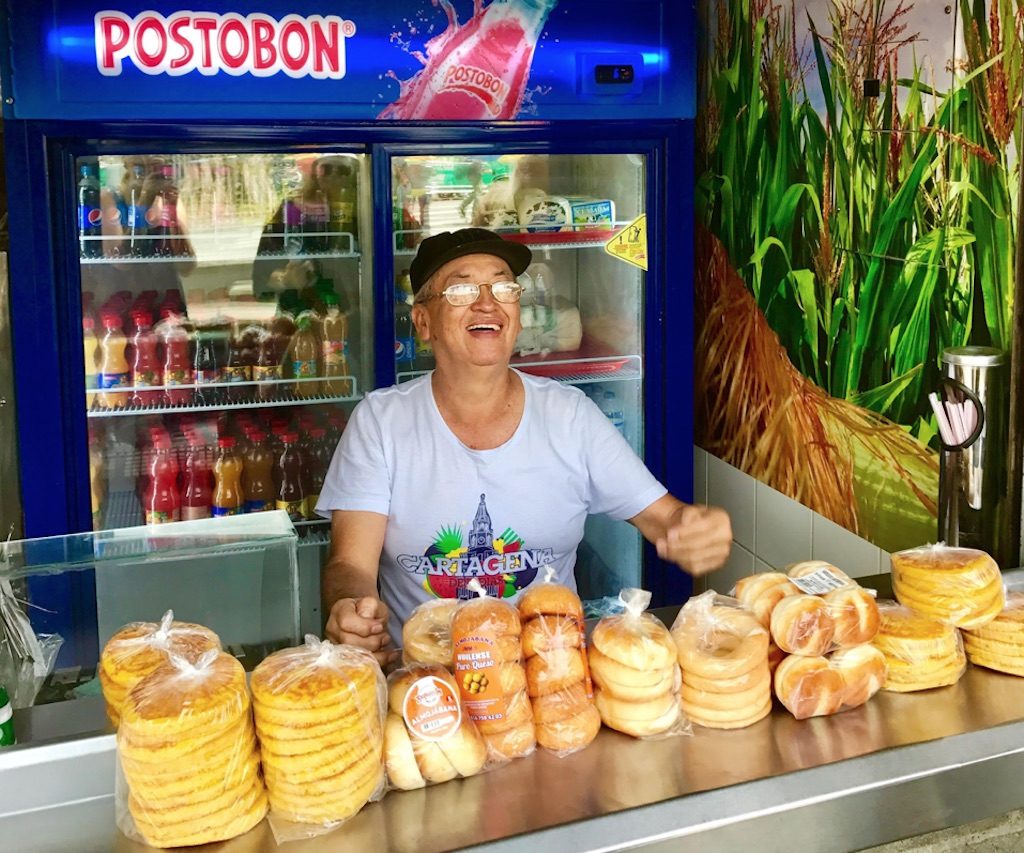 A local vendor “Mr. Miyagi” (yes, like the Karate Kid movie character) feeds us his famous Arepa de Chocolo. The smiles are contagious.

Getting off the Metrocable and the Graffiti!

We arrived at the last station on the Metrocable. And our lovely guide took us to some local vendors for jugo (juice) and arepas de chócolo, which are examples of common street food in Colombia.

We then took a bus that quickly took us to the Las Independencias barrio, in the heart of Comuna 13. It’s easy to notice when you’ve arrived. Within minutes, the beautiful artwork is evident.

The benefits of going on an official Comuna 13 tour, is getting to know the story behind each piece of art.  Each piece has a powerful message that almost brings our tour guide (and us) to tears.

Below are several examples of the graffiti you’ll see as you walk through the Comuna. I won’t get into the individual stories of the graffiti pieces. It’s best you take the tour yourself to truly feel the impact. 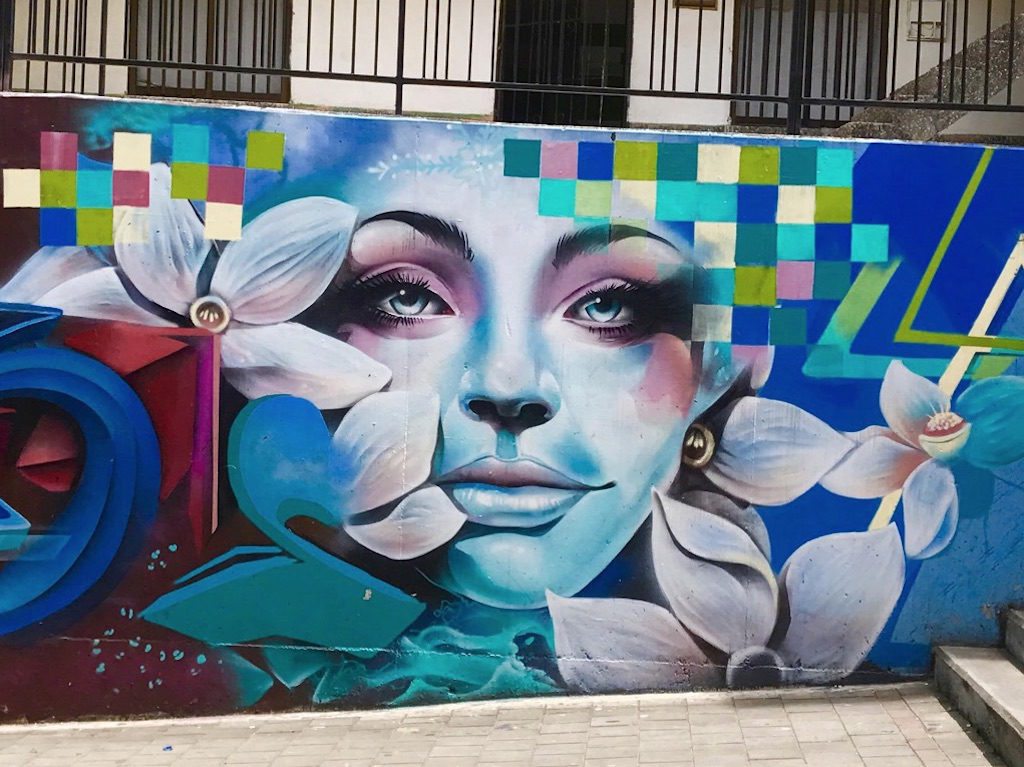 You’ll often find many of the pieces include women sending messages of beauty and strength. 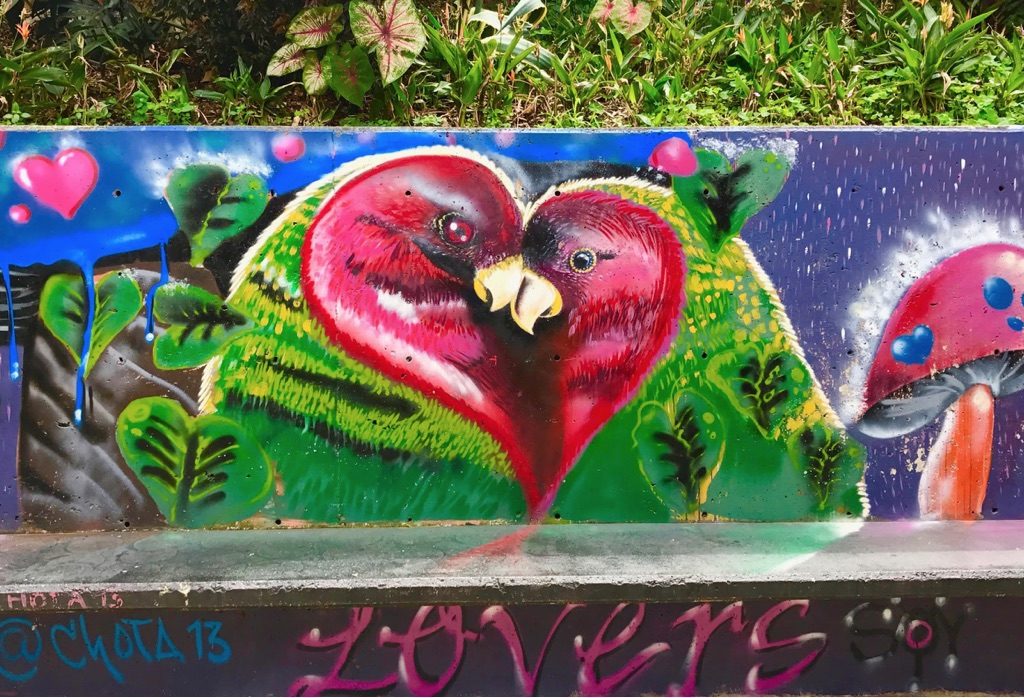 A graffiti piece made just for lovers by @Chota13 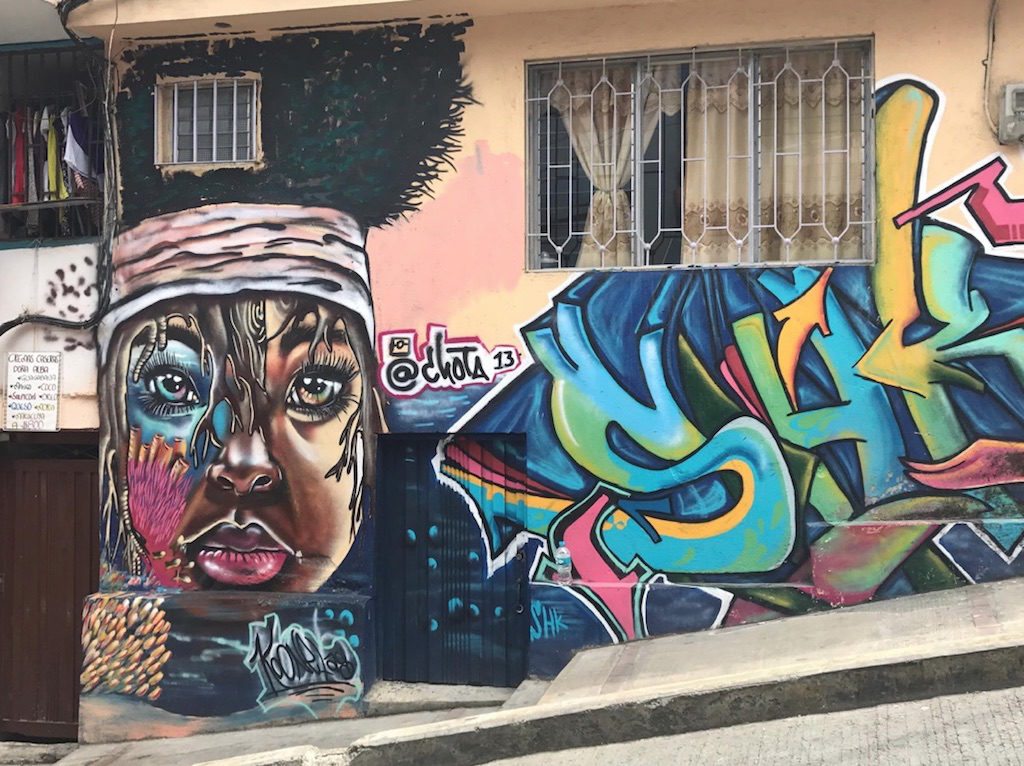 One of my favorite graffiti pieces done by the artist @Chota13.

The elephants waving white flags, represent the memory of residents who also once waved white flags as a request of peace when heavy military operations flooded the neighborhoods causing havoc and violence. 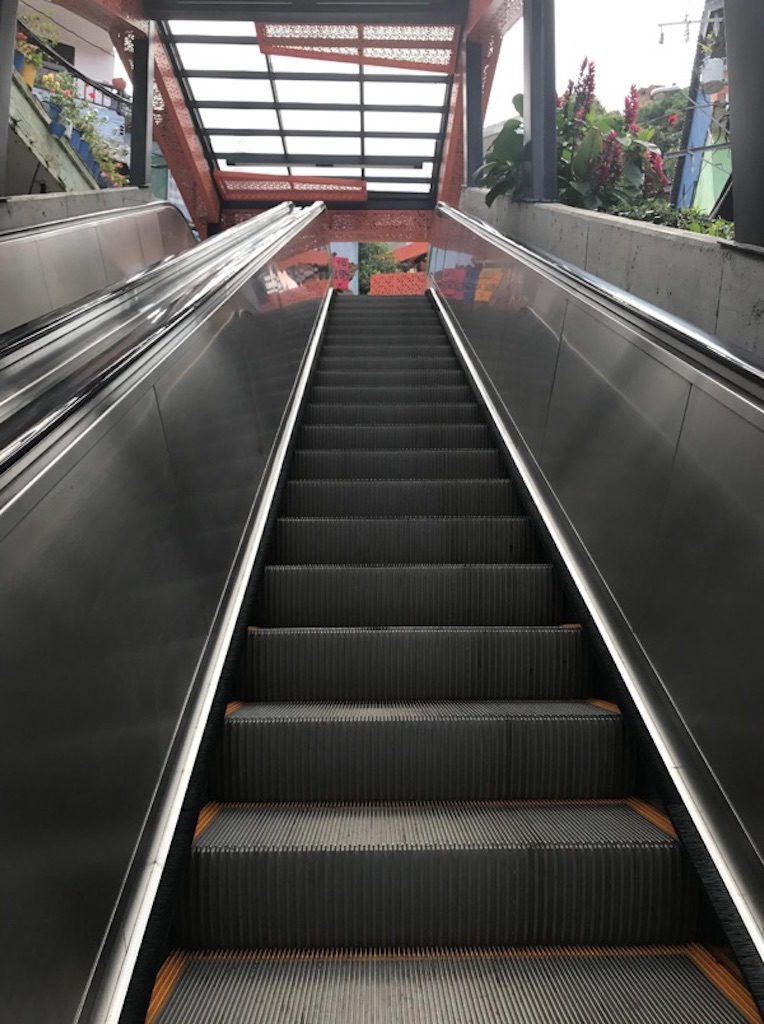 The escalators that replaced 350+ stairs

The Escalators in Comuna 13

Within the hills surrounding Medellín, in many places, one must take a number of stairs to reach a destination or their home.  As a result of installing escalators, similar to the Metrocable, it allowed residents better access to various parts of the neighborhood. 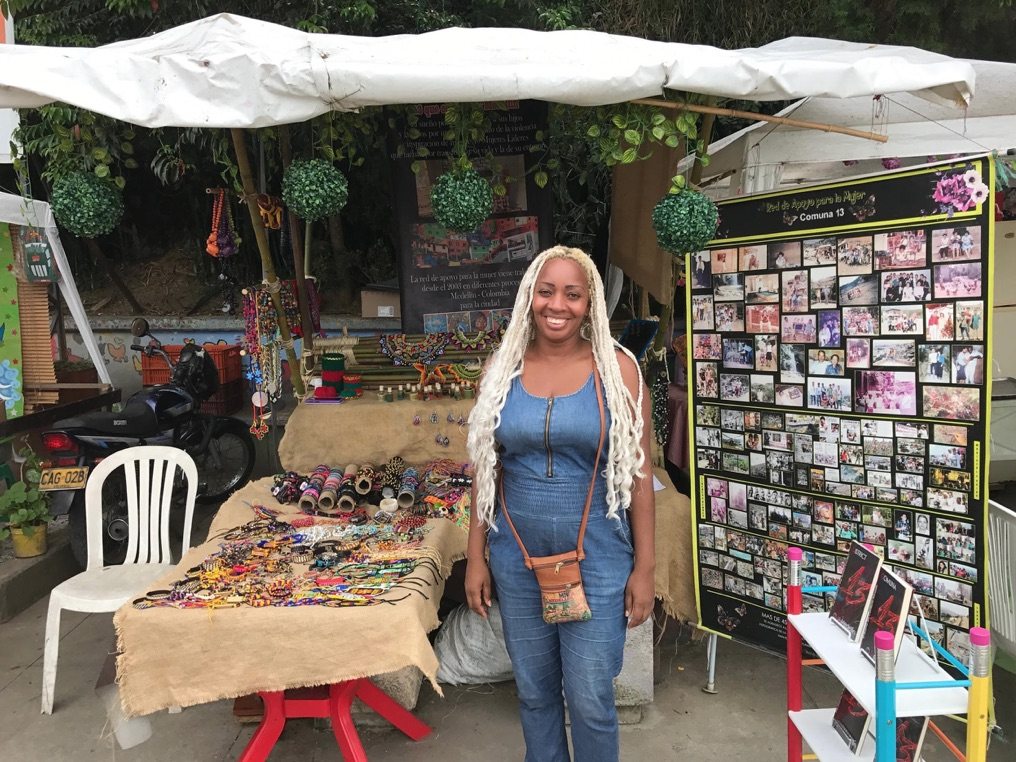 Paola Rivas, a local community leader, inspires others by giving back to the community. Paola sells locally made jewelry, books and perfumes made by a group of local mothers

New cafes, jewelry shops and vendors are opening at record speed in the area – a clear sign of progress.  We highly recommend purchasing from the local vendors to give back to the community. 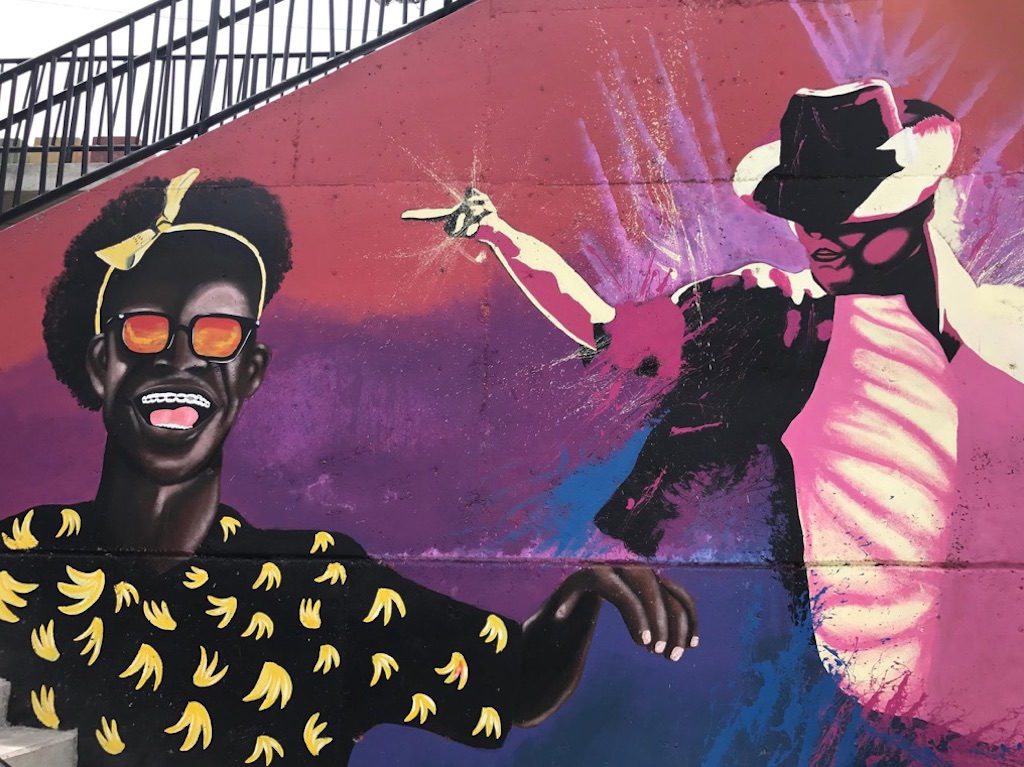 You’ll notice an insurgence of hip-hop music echoing throughout the neighborhood.  Hailing from Chicago, this type of music holds a special place in my heart.  Here, hip-hop music is a sign of resistance. And it’s a place for kids to focus their energy outside of illegal and gang activities.

As you continue to embrace the local art, also don’t forget to also take a moment and appreciate the beautiful city views. 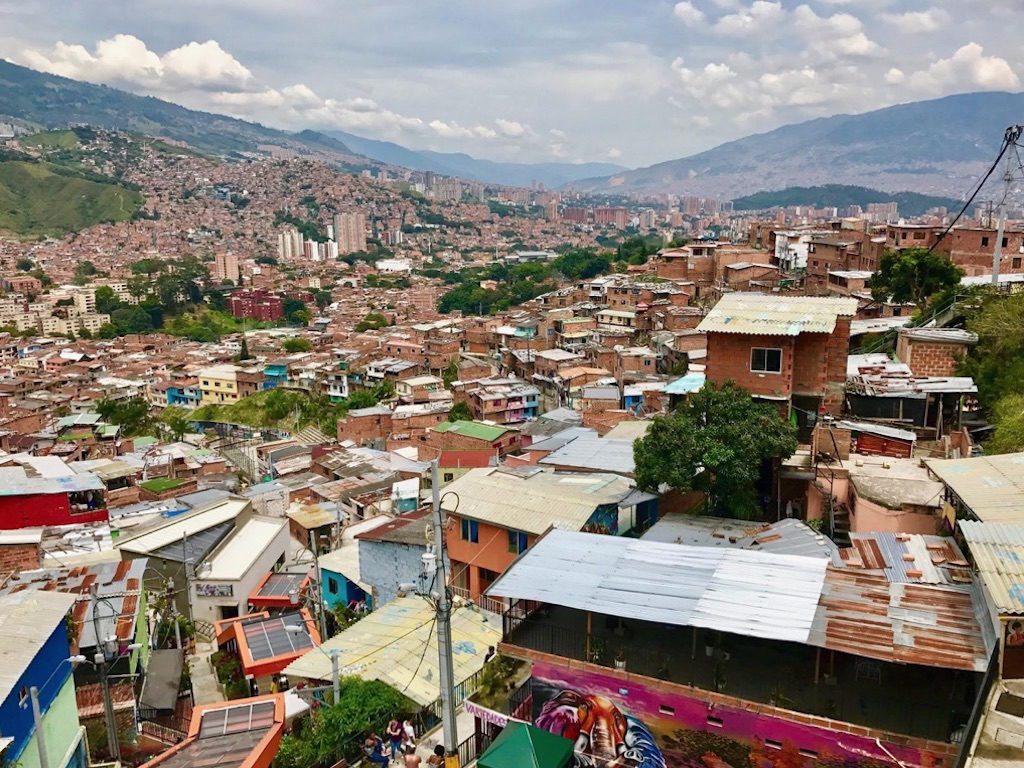 The views as seen from Comuna 13

A Comuna 13 tour is sure to be one of the highlights of your trip to Medellín.  Most noteworthy, it has definitely been a highlight of mine.  Should Medellín continue to reinvest in other barrios in the same fashion, I believe this beautiful city has a very bright future.

Besides these Comuna 13 tours, we previously recommended two walking tours in Medellín.

In regards to safety, the area immediately around the San Javier metro station is generally safe. In addition, it’s safe taking a ride on the Metrocable to/from the La Aurora station (the top Metrocable station). And it’s also relatively safe around the escalators with a regular police presence. 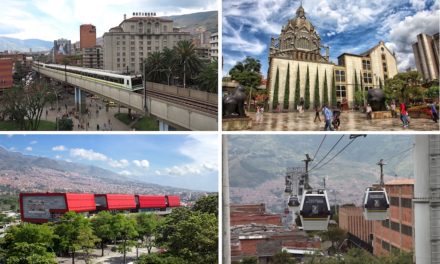 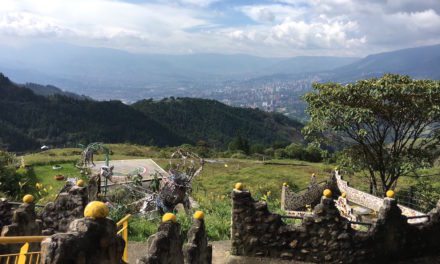 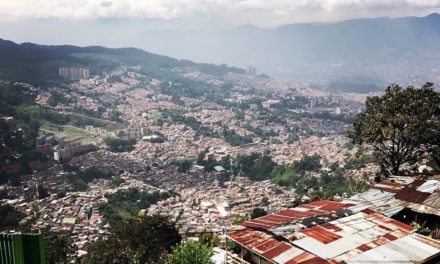 La Sierra Tours: A New Tour Being Offered in Medellín 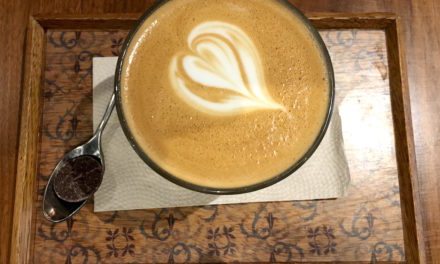