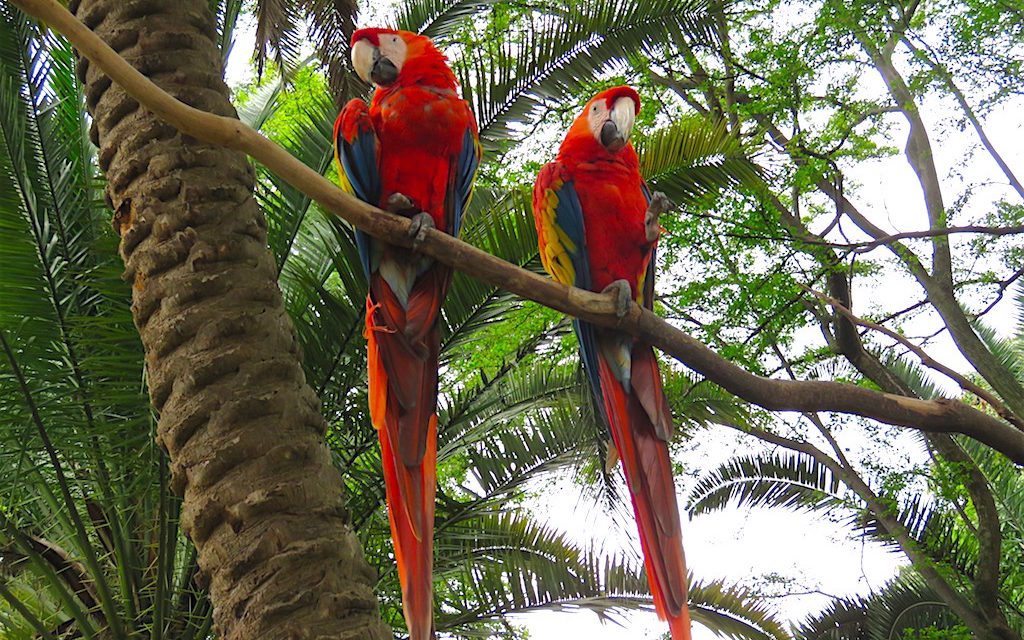 Parque Zoológico Santa Fe is Medellín’s popular zoo with hundreds of mammals, reptiles and birds on display. It’s worth visiting particularly if you have children.

Currently, the Medellín zoo exhibits in about 10 acres (four hectares) approximately 220 mammals, over 470 birds and about 230 reptiles, for a total approaching 1,000 animals with over 230 species represented, mostly from the Neotropical region of Central and South America.

Note the above photo is of Scarlet Macaws at Zoológico Santa Fe. 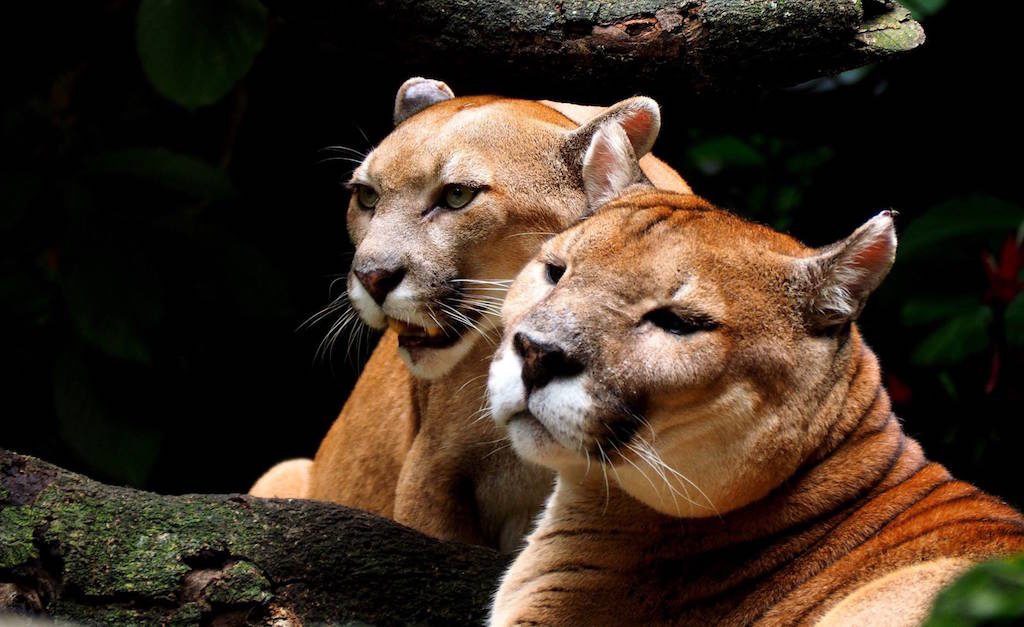 In addition to the animals, Zoológico Santa Fe has more than five hundred trees and shrubs; among them are palm trees, fruit-bearing trees, acacias, coal trees, samans, búcaros, urupans, guayacans, ceibas, gualandays, and many more. 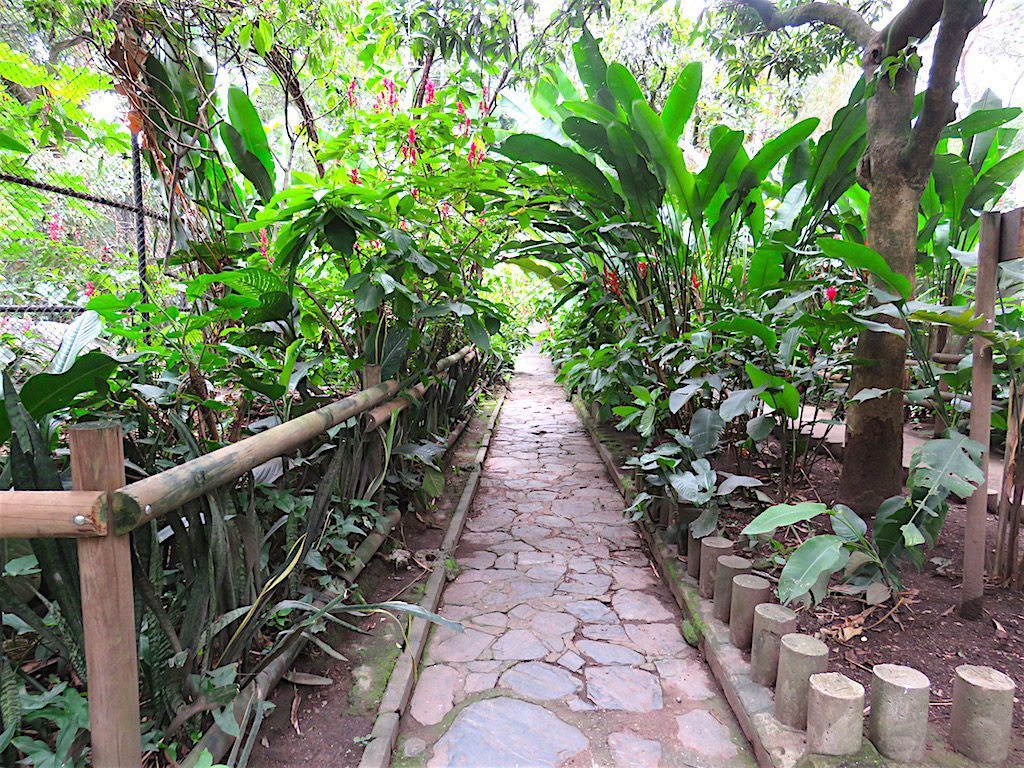 Nice landscaping along the pathways between exhibits at the Medellín Zoo

Medellín’s zoo, Zoológico Santa Fe, is another kid-friendly activity that is very popular for families with children. 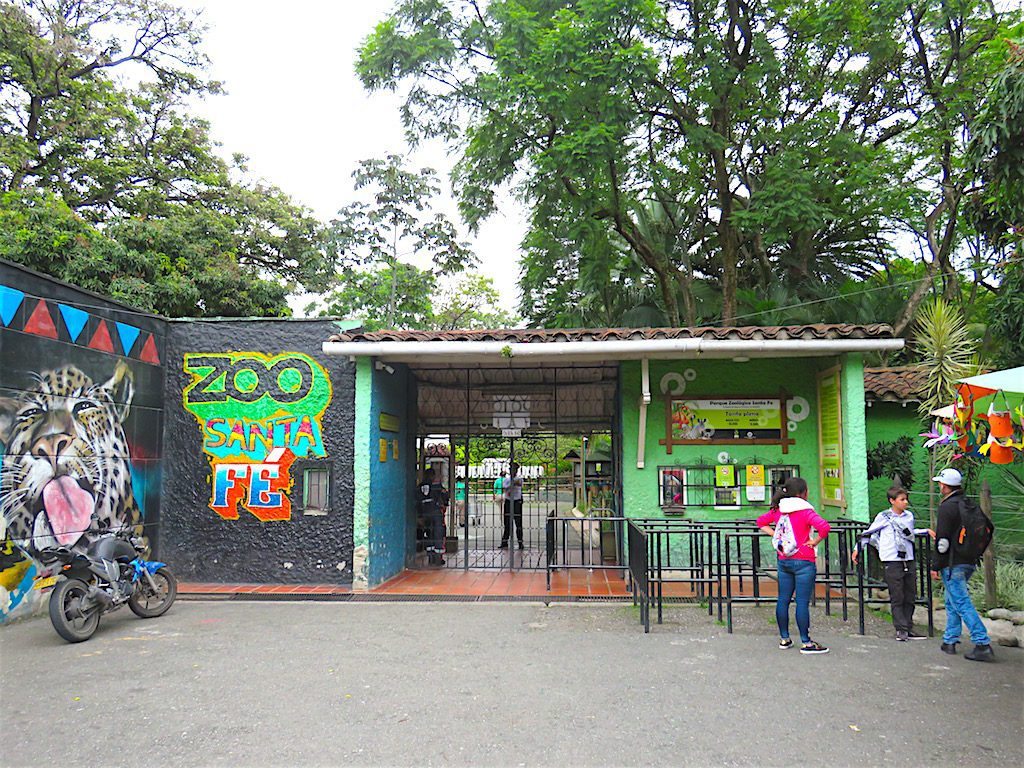 History of the Medellín Zoo

At the beginning of the 20th century, Sociedad de Mejoras Públicas (S.M.P.) expressed the idea of ​​building a zoo in Medellín.

But before building a zoo, it built the Bosque de La Independencia, located in the north of Medellín, which is now the Jardín Botánico botanical gardens of the city.

The key moment for the creation of a zoo in Medellín happened in 1951, when distinguished Antioquian Mercedes Sierra de Pérez donated her hacienda along with about 10 acres of land with the condition that the house be preserved as a museum and that a recreational park be constructed on the surrounding terrain.

This hacienda was built in the early part of the twentieth century. And on the grounds surrounding the home, the local stream nourished many diverse fruit-bearing trees native to tropical South America.

So, S.M.P. worked to build a zoo on the grounds around the hacienda. And nine years later Zoológico Santa Fe opened.

Through the offices of the United States Assistance Program, the zoos of Washington and New York provided several animals for the zoo, including two African lions, a buffalo and a large chimpanzee. The chimpanzee was the famous “Agripina”, a funny chimpanzee considered for many of the initial years of the zoo as one of the main attractions of the Medellín Zoo.

Here are several photos of the animals you will currently find in Zoológico Santa Fe. 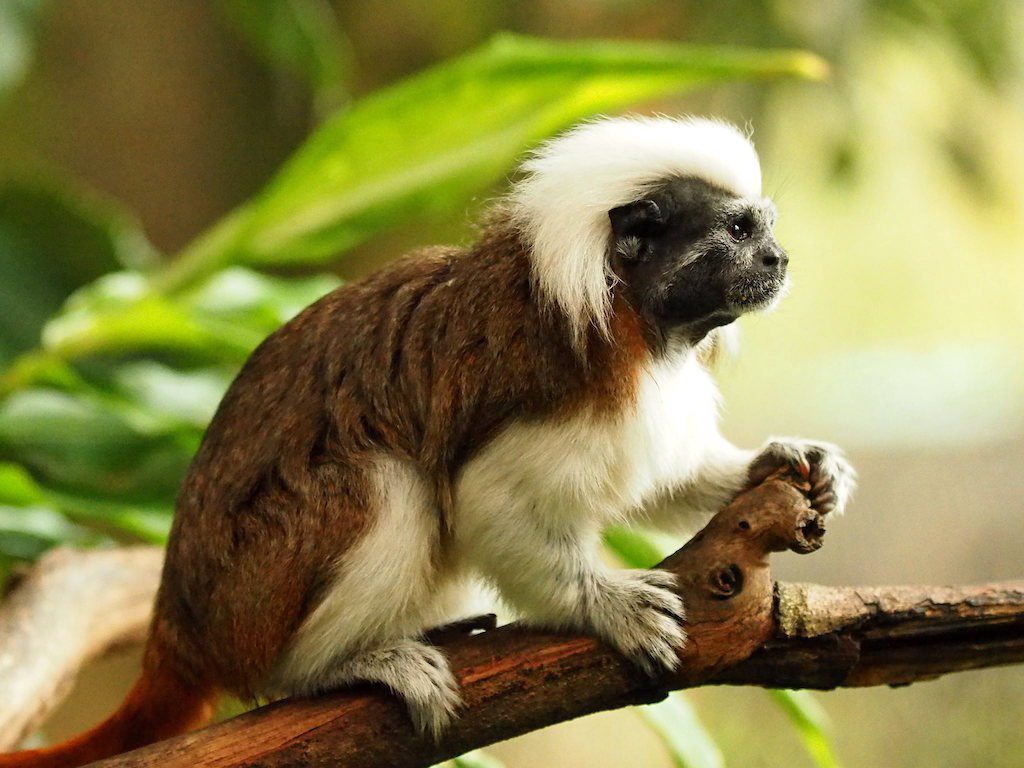 The Cotton Top Tamarin inhabits the northern coast of Colombia and some regions of Antioquia and Chocó, photo courtesy of Zoológico Santa Fe 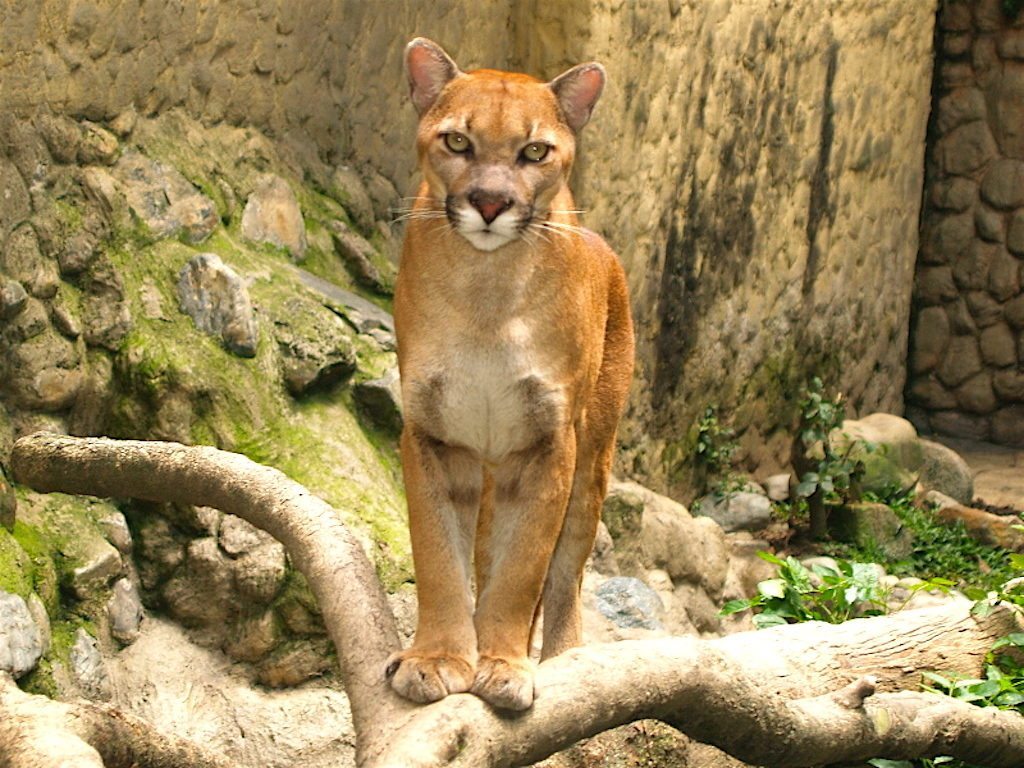 Puma at the Medellín Zoo, photo by Jbarreirol 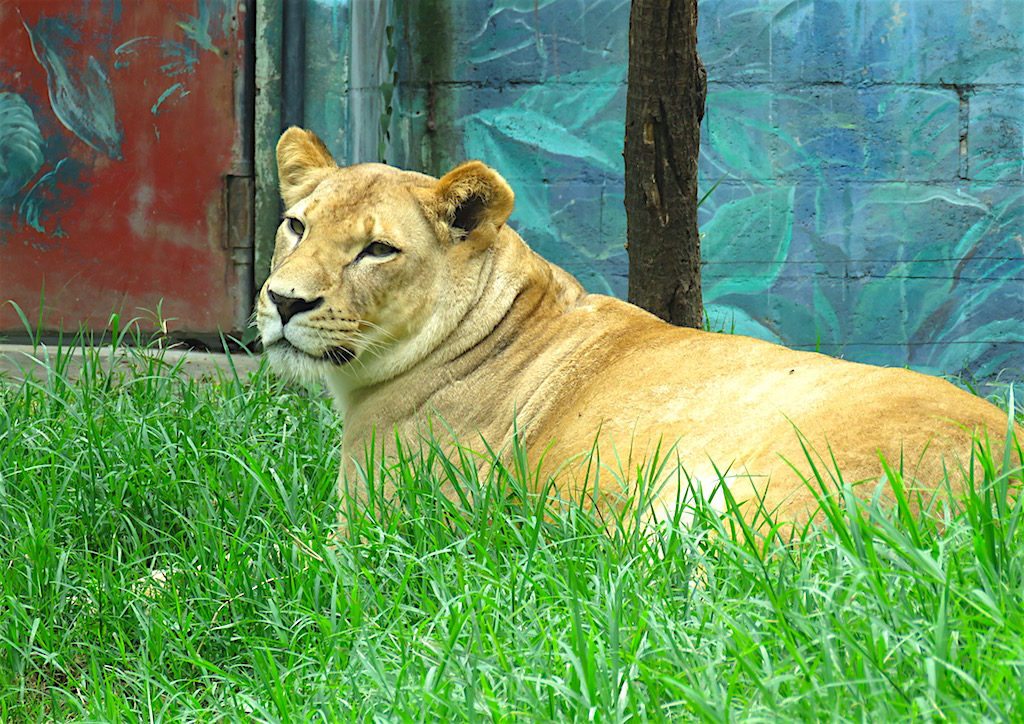 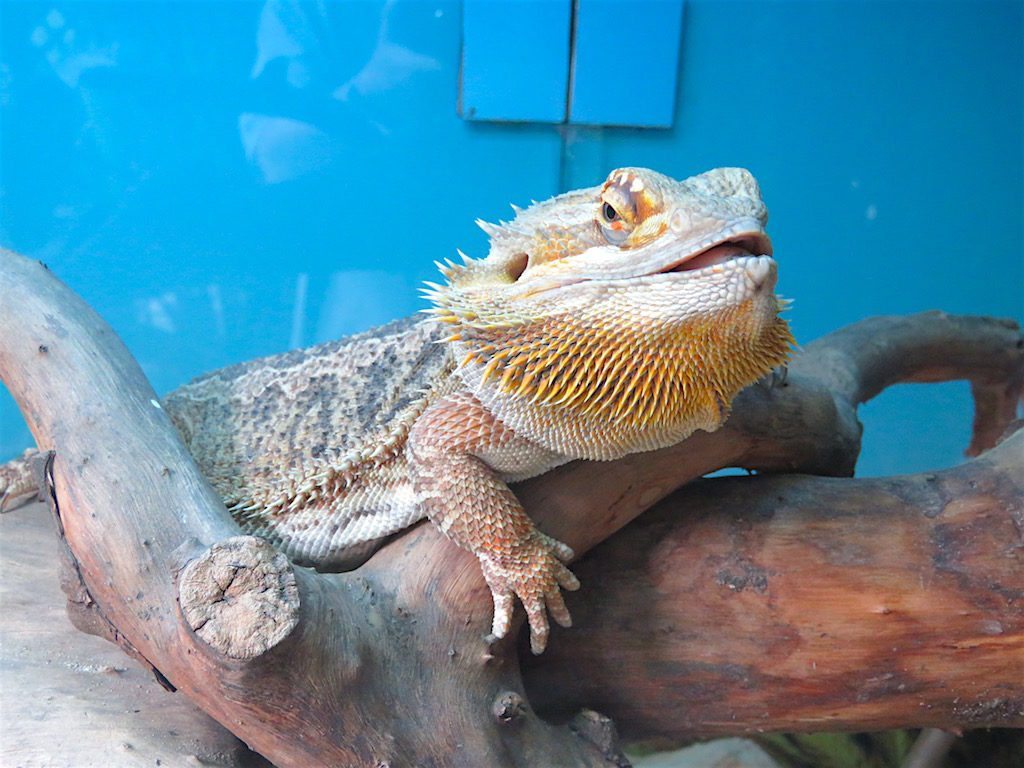 Bearded Dragon from Australia at the Medellín Zoo 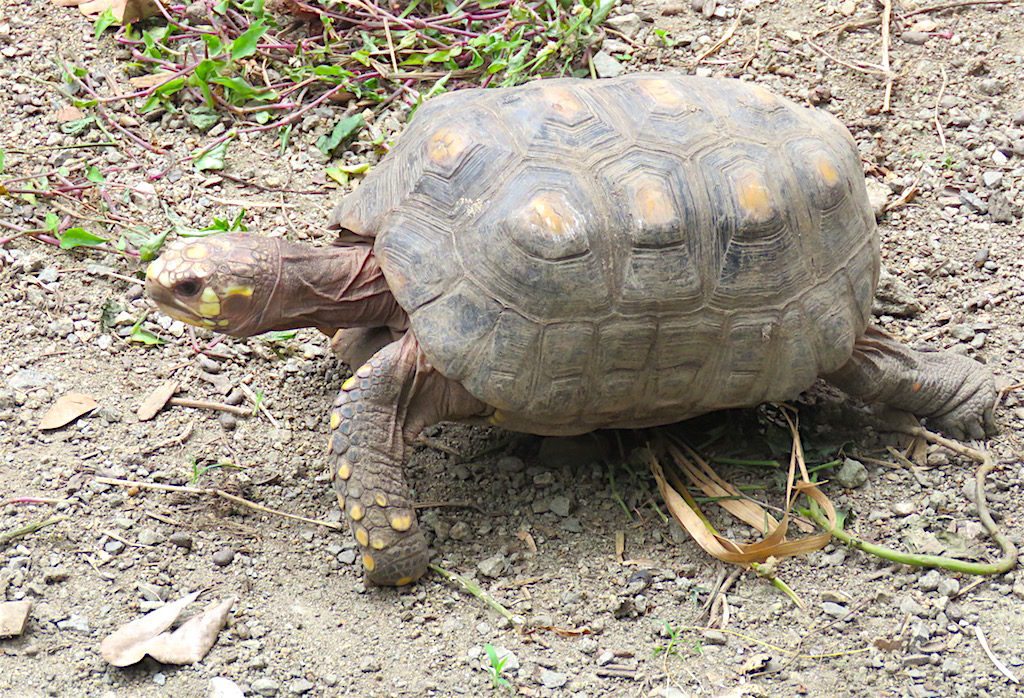 Red-footed Tortoise at the Medellín Zoo 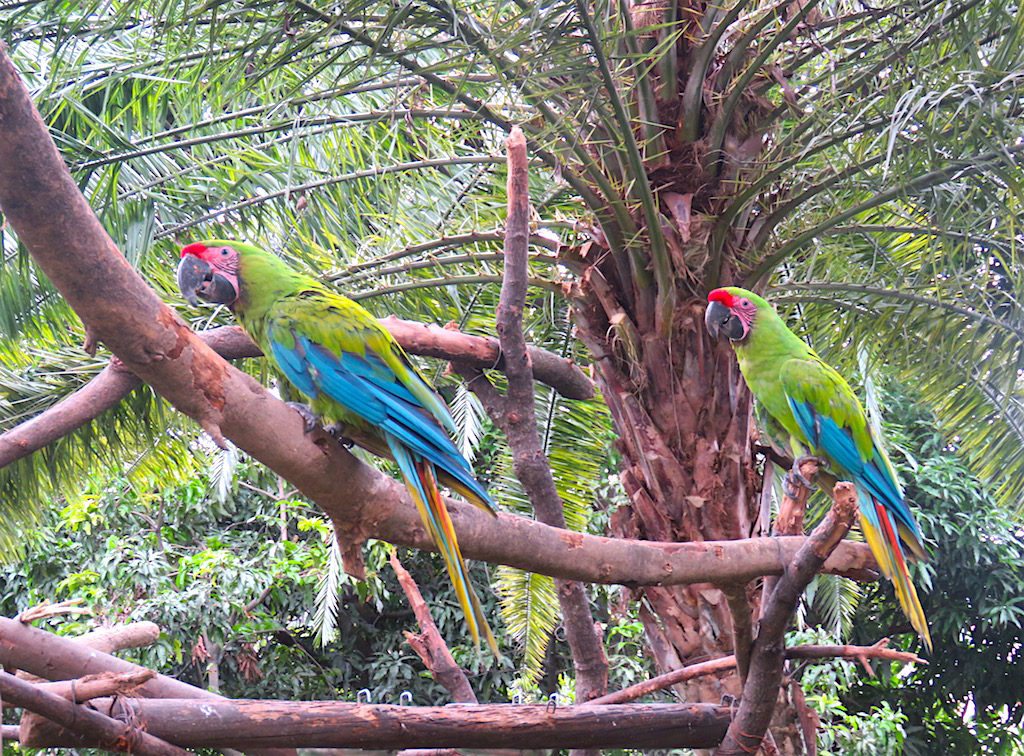 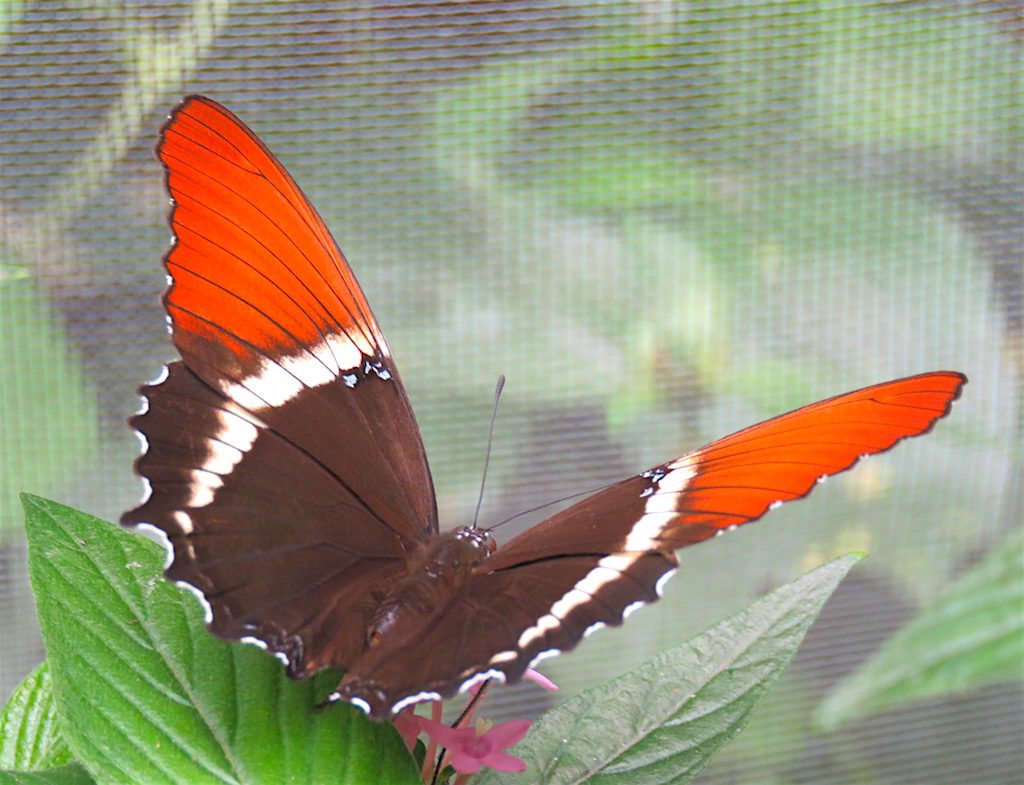 The donated Sante Fe Hacienda was converted into a museum that opened in 1960 along with Zoológico Santa Fe.

The Casa Santa Fe Museum is constructed in the Republican architectural style, which is characterized by ample corridors and spacious bedrooms. In addition, it has a patio interior with a fountain adorned with Arabic tiling. Among the exhibited pieces are a collection of Egyptian and Arabic furniture, religious images and a number of photos.

Unfortunately Casa Santa Fe Museum is currently closed due to renovations. Reportedly it is scheduled to reopen in December 2018. 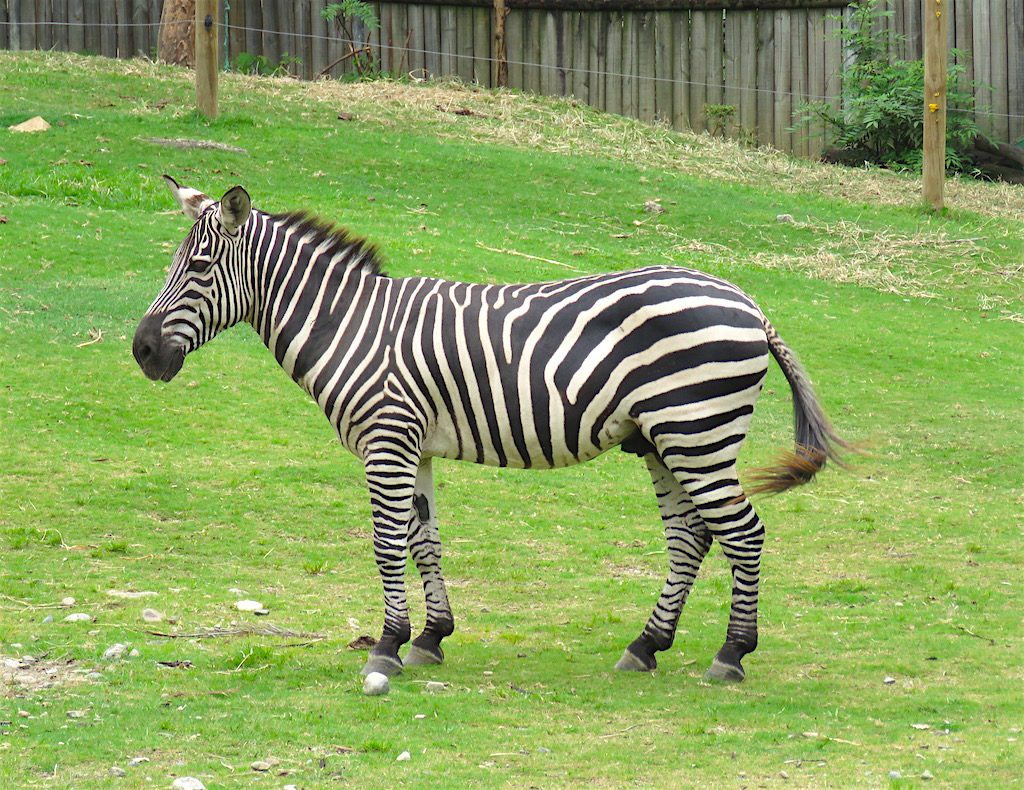 Zebra at the Medellín Zoo

The Medellín Zoo has the following current admission costs, which are current as of July 2019:

Educational institutions have a special discount on the value of the entry ticket to Parque Zoológico Santa Fe. This preferential rate only applies from Monday to Friday and is aimed at groups of more than 25.

So, you will often see groups of school children at the zoo on Monday to Friday. Also, there are other discounts available for groups of over 100 people. 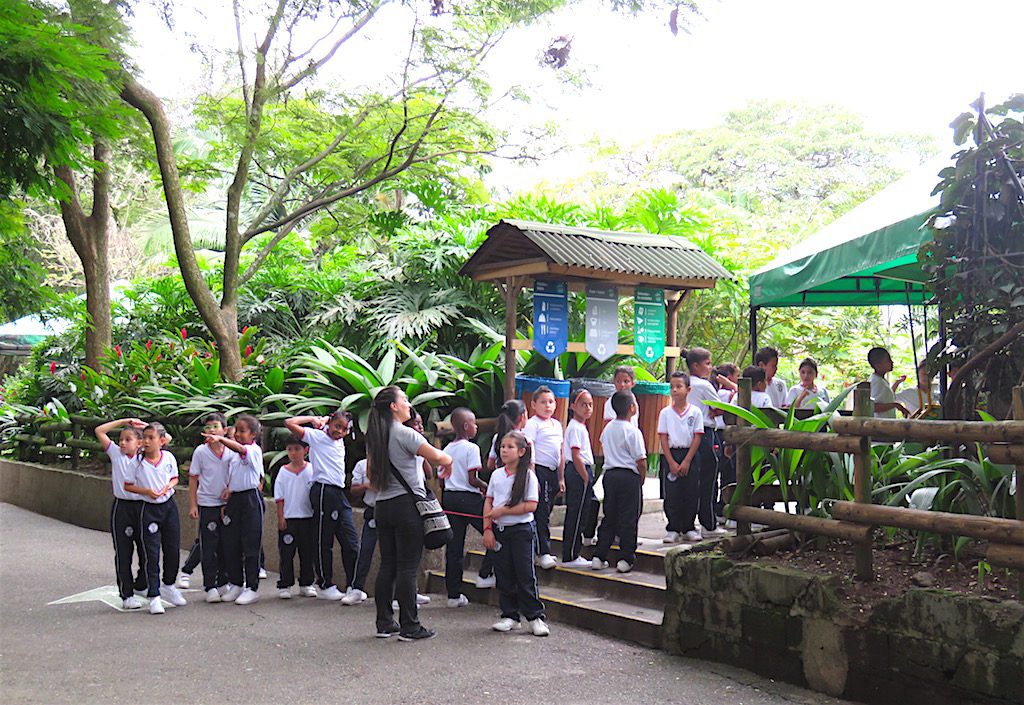 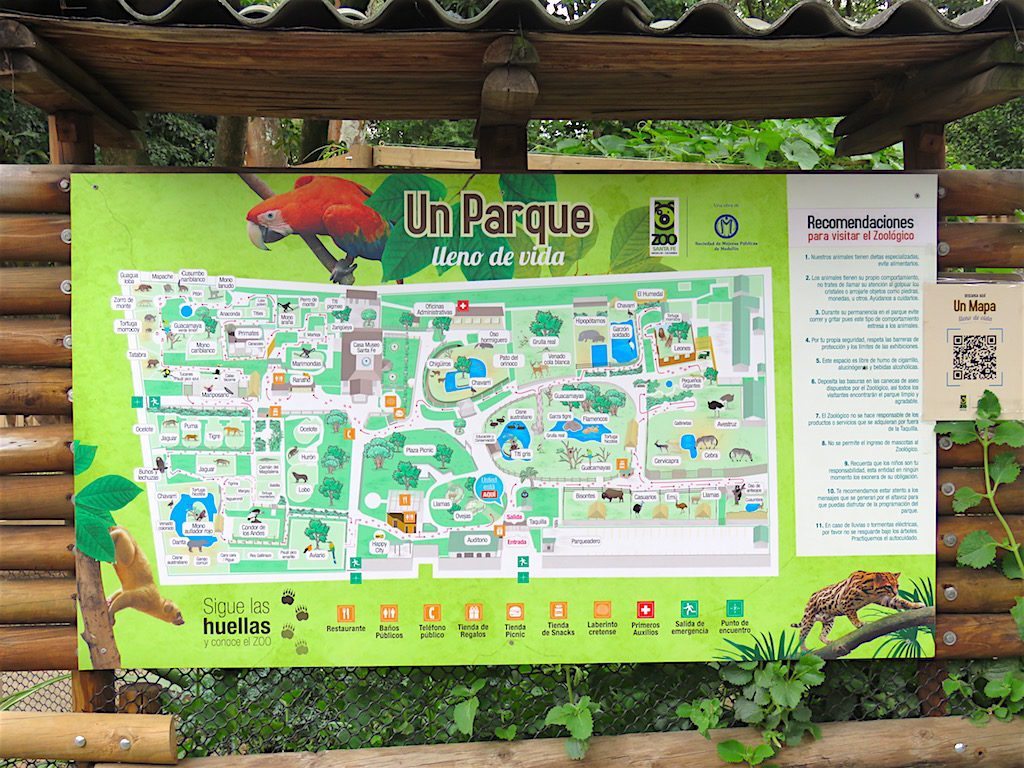 Furthermore, there are maps posted in several locations in the zoo. Also, there is a restaurant in Zoológico Santa Fe with several food and drink options. 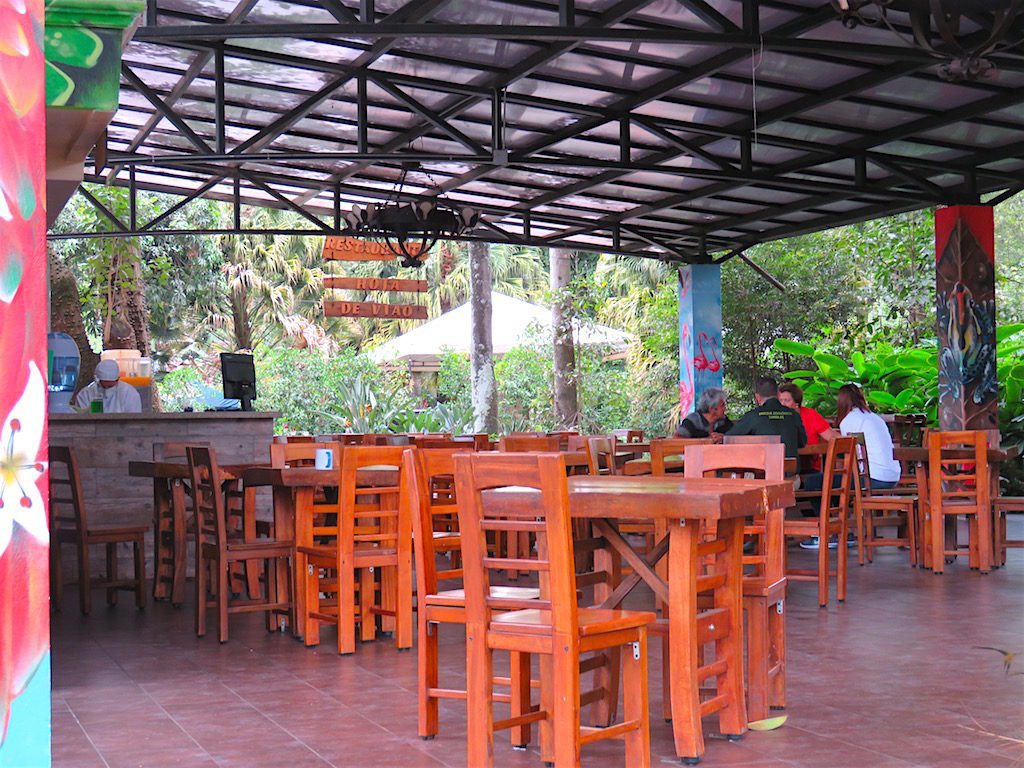 How to Get to Parque Zoológico Santa Fe – the Medellín Zoo

One way to get to Zoológico Santa Fe is by using the Medellín Metro. To get there you could take Line A of the metro to the Industriales metro station.

An alternate way to get to the Medellín zoo is via a taxi from your location. Every taxi driver knows where Zoológico Santa Fe is located. In addition, it is relatively easy to catch a taxi at the zoo to return. 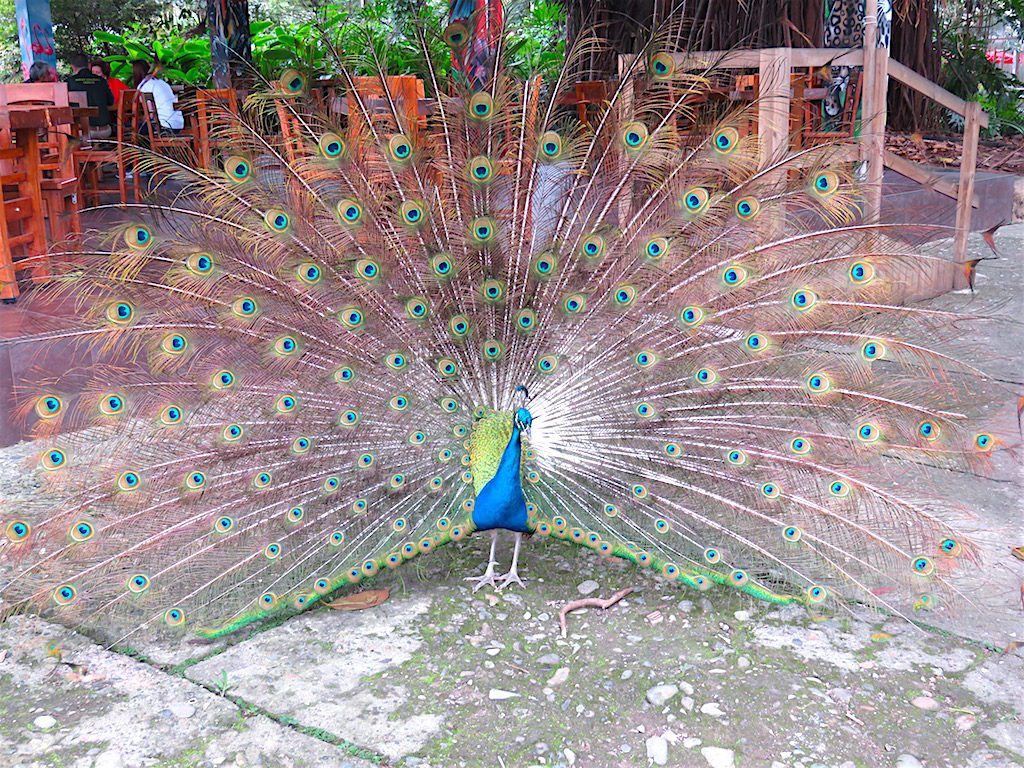 Peacock posing for a photo, peacocks run around as if they own the place

Zoológico Santa Fe is a relatively small zoo with a nice variety of animals. And if you have children it’s definitely worth a visit. Furthermore, it’s also a place that makes for a nice date.

This zoo does not compare with the best and most modern zoos around the world. But it’s still a nice zoo worth visiting for a few hours when in Medellin. It’s small but well laid out with some nice landscaping. So, it’s easy to see all the main exhibits.

The animals seem content, clean and well cared for in my experience. Also, there are guided tours available. In addition, there is a self-guided tour that is well organized. And it’s easy, as there are paws painted on the walkway and you just follow them.

Out of the zoos I have been to in Colombia, I would rank Cali’s zoo as better than Medellín’s zoo. But Medellín’s zoo is worth a visit. 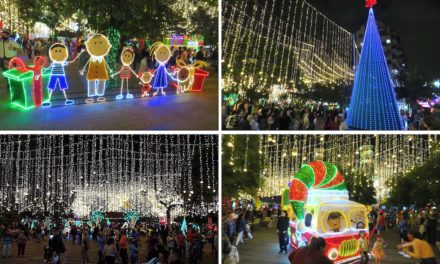 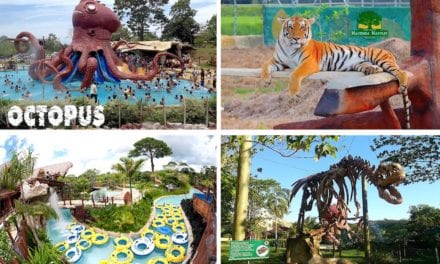 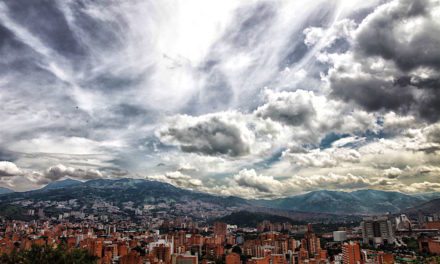