Trolls: A Major Problem on Facebook and Blogs in Colombia 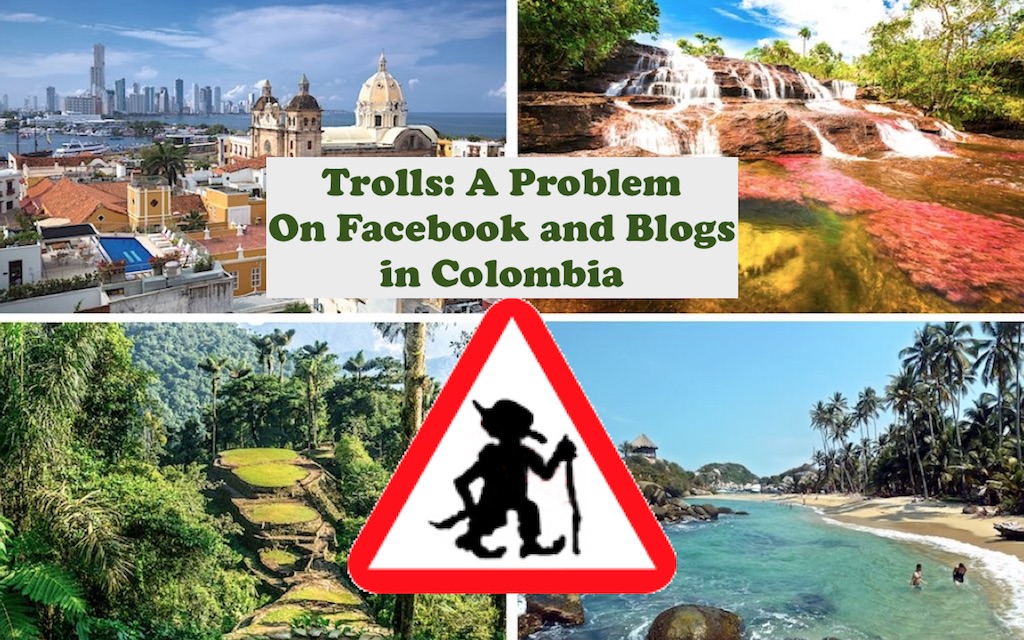 Trolls are a major problem in Expat Facebook groups and blogs in Colombia. We look at social media trolls and what can be done to prevent this online abuse in Colombia.

If you use Facebook groups in Colombia or blogs in Colombia, undoubtedly you have seen trolls busy at work.

What are Social Media Trolls?

Trolling is generally defined as creating discord on the Internet by starting quarrels or upsetting people by posting inflammatory or off-topic messages in an online community.

Social media trolls are people that purposely say something inflammatory and offensive in order to get a rise out of other users. They rant, sometimes even escalate to threatening, post fake news and use derogatory speech.

On the Internet, when you give certain people the shield of anonymity to hide behind in the form of a computer screen, things get ugly. A 2014 study found that people with higher levels of sadism, psychopathy and Machiavellianism were more likely to engage in online trolling behavior, with sadism being the strongest predictor.

Trolls try to attack an opponent’s character. And say things to appeal to people’s feelings (rather than their intellect). Also, trolls tend to hide behind fake identities.

Someone who makes a wild and unwarranted comment about someone’s mother IS trolling. Someone who brings something off topic into the conversation to try to make that person mad IS trolling.

We are not going to cite specific examples because there are so many out there and we don’t won’t to promote trolling. Trolling isn’t hard to spot, even if you’re not sure what to look for.

The most common topics lately where you will see troll comments in Colombia Facebook Groups are the following:

All a troll wants to do is inflict pain, ridicule and humiliate a targeted person. They don’t care if they’re wrong or right, trolls just want to make others angry for the fun of it. 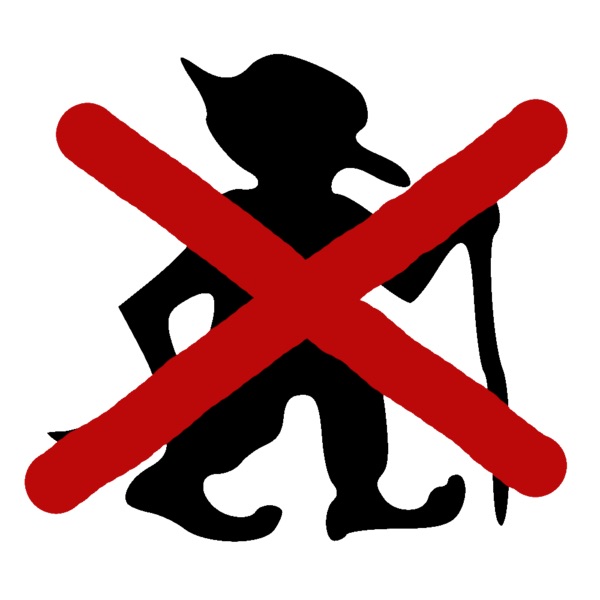 Do Not Feed the Trolls, photo by Sam Fentress

Do Not Feed the Trolls? What Can be Done?

There is one simple common guideline for responding to trolls typically found on the Internet: don’t feed the trolls. Ignore them, don’t react to them, don’t give them the attention they want.

Even if a person avoids feeding the trolls (and/or the person accused of trolling), he or she is still playing into an aggressor’s hands.

This is like the target is at fault for doing something stupid on the Internet. Maybe next time they’ll think twice before posting that sort of thing.

So, the targets, and not the trolls themselves, are the root cause of the trolls’ behaviors. The message here being: Don’t get trolled. We believe this sort of victim-blaming rhetoric is damaging.

We reject the premise “don’t feed the trolls”, as it gives all the power to the troll and blames the victim for the aggressor’s actions.

Also, the premise of “don’t feed the trolls” implies that if you ignore a troll, they will inevitably get bored or say, “Oh, you didn’t nibble at my bait?”

In our experience, a troll keeps pushing and pushing to get the reaction they want with even more tenacity and intensity. For example, there is one troll on the Medellin Guru web site that has been attacking writers and people who comment on the blog for over a year without a single comment even being published for the public to see.

Instead we believe skilled moderation and removing trolls may be a better approach. Moderators in Facebook groups can remove comments, remove trolls from groups and turn off comments in posts.

We believe the best way to deal with trolls in Facebook groups is to is to shut them down, ideally by unceremoniously deleting their comments and removing them from groups. 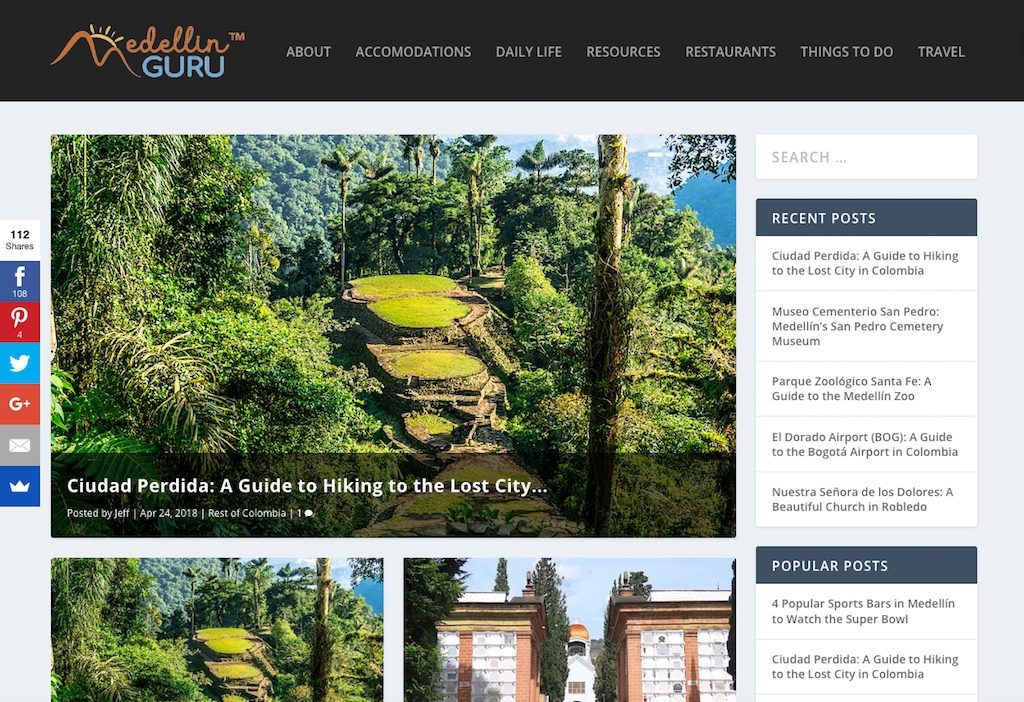 However, we also want our comments to be as useful as possible to all of our readers. While we keep about 80 percent of comments, we will remove these types of comments:

On the Medellin Guru blog, all comments are reviewed before they are approved. On our Facebook groups any member can post comments but these groups are actively moderated. We have zero tolerance for trolls.

In addition, in our Facebook groups we will remove members who post comments we determine are troll comments.

Anyone who traveled to Colombia several years ago knows about Poor But Happy (poorbuthappy.com) on the Internet. Belgian Peter van Dijck started a small and simple website about Colombia called Poor But Happy when he was here in 1998.

Its forum quickly become a leading authority for expats, travelers and Colombians with tens of thousands of visitors per month.

But it is sad to say that Poor But Happy shutdown after a 10-year run, as the go-to-forum for finding out more about Colombia in English.

The reason? Trolls. Apparently, much harassing was going on between members and it reached the point to where the moderators found that closing down the popular site was the only option. Reportedly some of the harassing on the site even went off-line.

The Bottom Line: Trolls – A Major Problem on Facebook and Blogs in Colombia

Online abuse by trolls in Facebook groups and blogs in Colombia is infinitely complex and human, and there are no easy hacks for solving it.

We recommend that you decide what comments you’re willing to ignore, what you might reply to, and what you will block or report trolls to moderators and administrators.

On the Medellin Guru site and our Facebook groups we have a defined troll policy that we will continue to enforce. 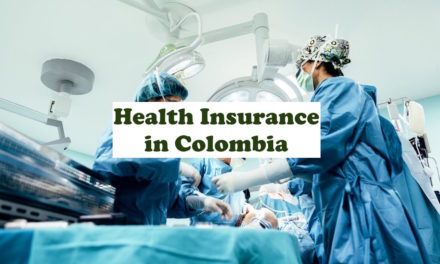 Health Insurance in Colombia: How to Sign up with SURA – 2022 Update 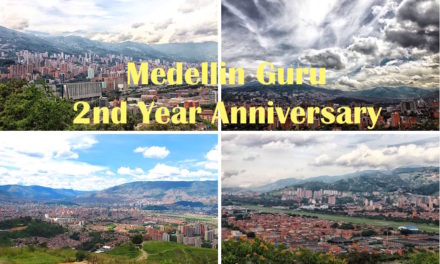 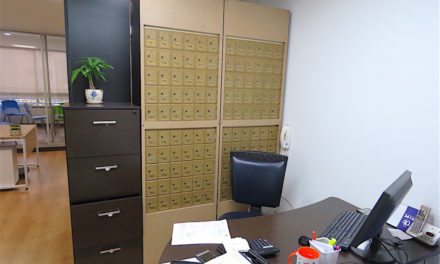