El Poblado vs Belén: Which is the Better Neighborhood to Live in? 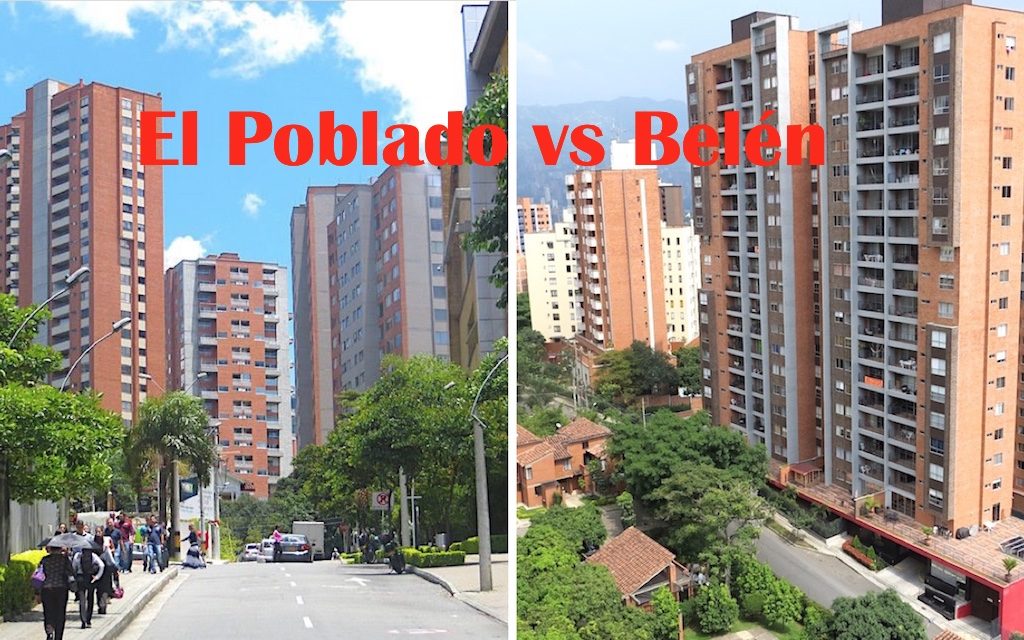 But no neighborhood is perfect and there are downsides of El Poblado. Belén is a neighborhood that is becoming more popular for foreigners living in Medellín.

Belén is located west of El Poblado on the other side of the Medellín river. In addition, Belén is a comuna in Medellín where I lived for over four years in three different barrios (Fatima, Loma de Los Bernal and Los Alpes).

Several Medellin Guru readers have asked questions about El Poblado vs Belén. So, we now compare these two neighborhoods in Medellín. In this article we compare the comunas of El Poblado and Belén.

1. Cost to Rent or Buy Property – El Poblado vs Belén

Belén wins here. In general, the cost to rent or buy property will be much cheaper in Belén than in El Poblado.

And here is a comparison of unfurnished rental prices in Belén with four other popular neighborhoods for foreigners in the Medellín metro:

In addition, El Poblado tends to have much higher prices for buying properties than in Belén. I recently surveyed 50 3-bedroom apartments for sale in both neighborhoods and found that the cost per square meter was 19.9 percent higher in El Poblado than in Belén. 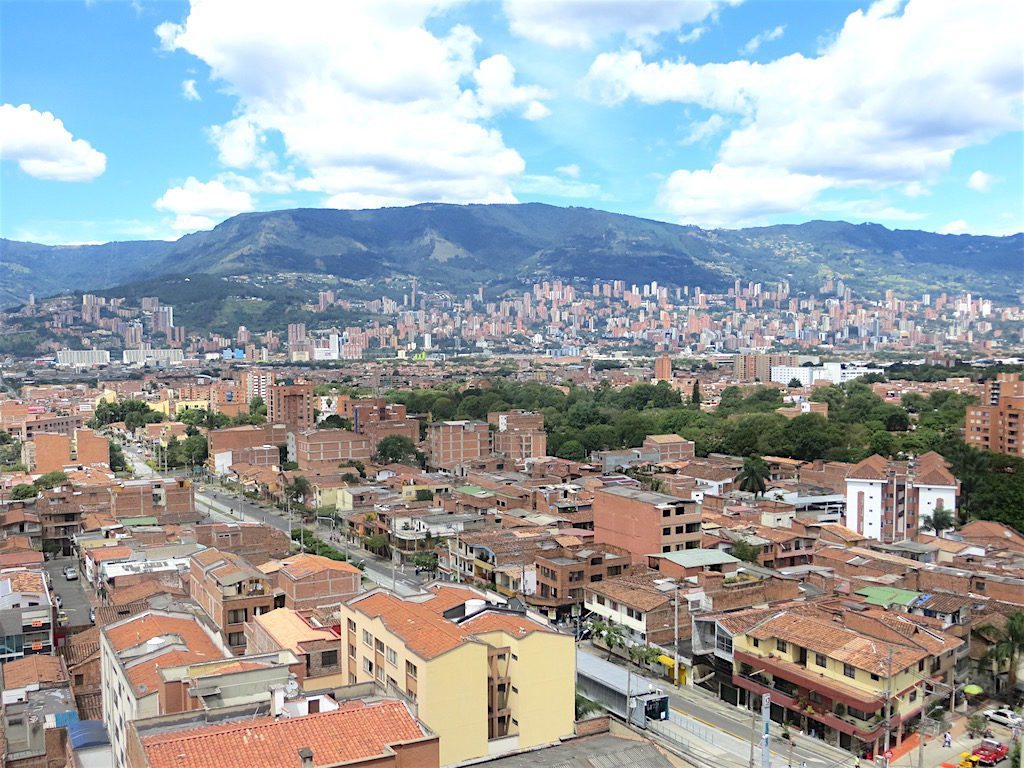 2. Other Costs of Living – El Poblado vs Belén

Belén wins here. Belémn is more of a residential area with much fewer foreigner tourists compared to El Poblado.

Located in a less touristy neighborhood, the shops, restaurants, bars, and fitness centers in Belén generally come with lower price tags than their El Poblado counterparts.

In general, Belén offers more of a local living experience compared to El Poblado. And prices for almost everything from groceries, restaurants, nightlife and pet services are more expensive in El Poblado.

This shouldn’t be surprising, as El Poblado is considered the most affluent neighborhood in Medellín.

In comparison, Belén has more of the cheaper, traditional Colombian food options with many restaurants with inexpensive menú del día lunch specials. Also, Belén has a growing number of good restaurants – just not as many as are found in El Poblado.

In addition, El Poblado has Parque Lleras, which is the top nightlife district in Medellín. Parque Lleras is considered the nightlife capital of Medellín. And it’s also a tourist attraction in an area known as Zona Rosa in the El Poblado neighborhood.

However, Belén also has nightlife options that are more local Colombian style.

In Belén is barrio Nueva Villa de Aburrá, which is home to La Villa. This is a horseshoe-shaped plaza that transforms daily from a stately promenade to a throng of music-loving youth that hosts music festivals and was even named by Timeout as one of the hippest neighborhoods in the world. Also, there are more nightlife options along Avenida 80. 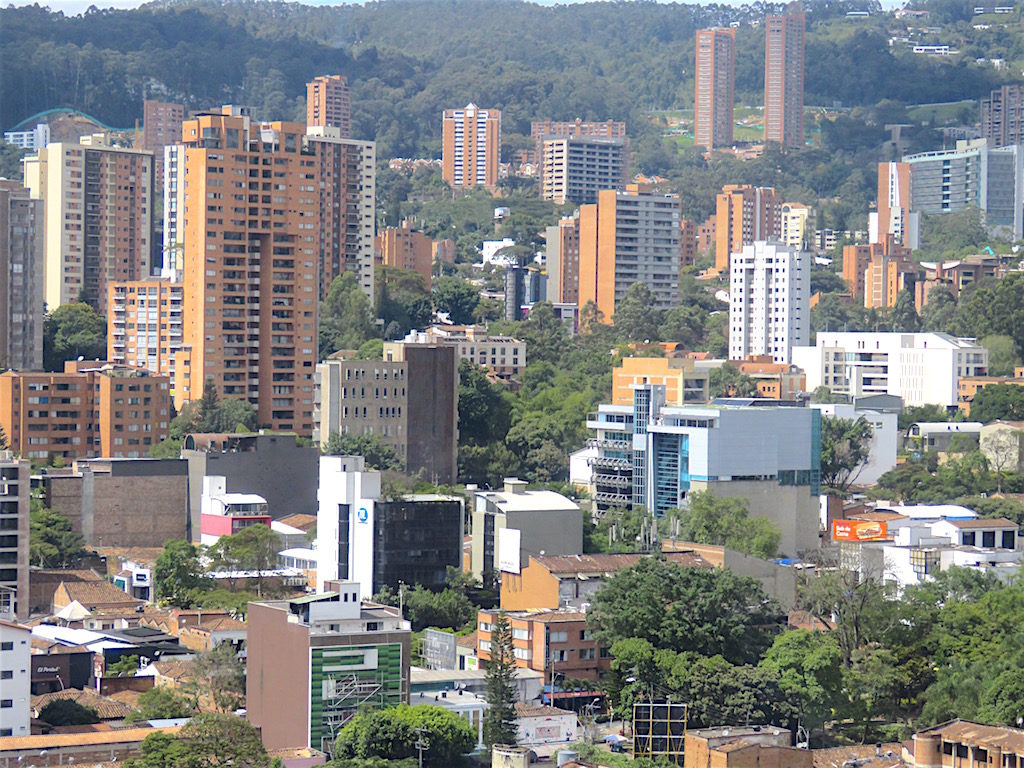 Belén wins here. Much of El Poblado is hilly and not very walkable. For example, El Tesoro mall is located high up the hills in El Poblado and almost nobody walks from lower in El Poblado to El Tesoro.

In comparison, Belén is mostly flat with only some parts to the west such as the Loma de Los Bernal barrio with hills. Also, Belén has many dedicated bike lanes for biking.

Belén is very walkable. For example, when we lived in the Los Alpes barrio in Belén, we were in easy walking distance (2 to 15 minutes) with no hills to:

Also, be careful in Parque Lleras in El Poblado as it has been experiencing problems with drugs and prostitution resulting in an increased police presence, as seen in the local El Colombiano news early this year (in Spanish). 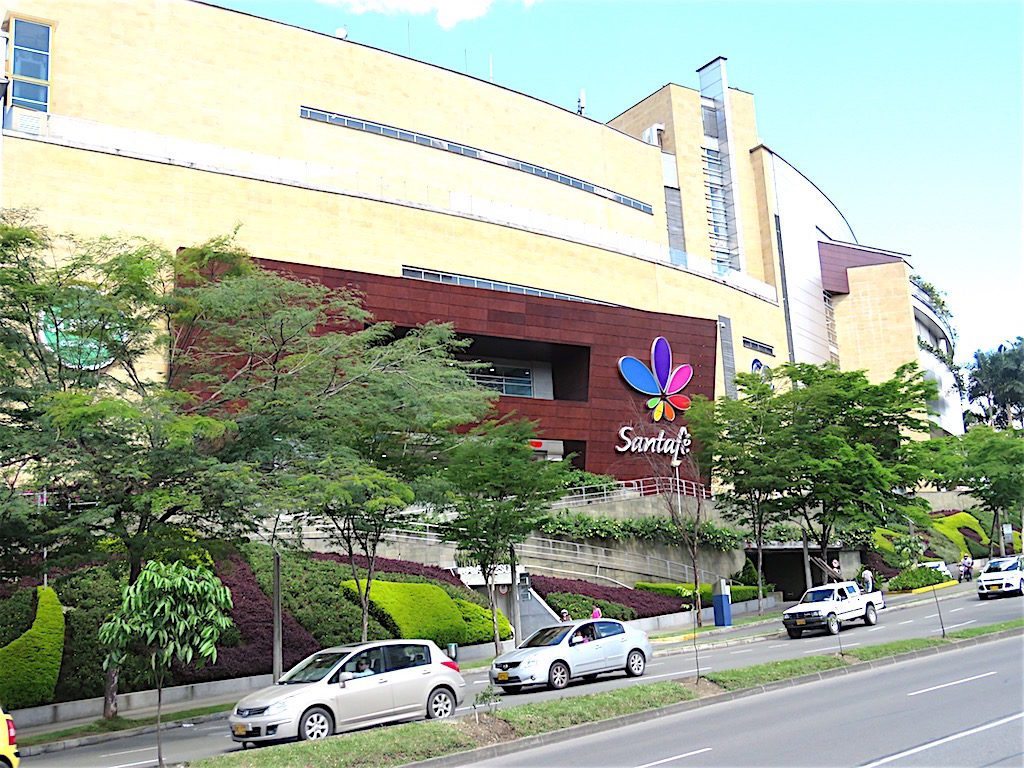 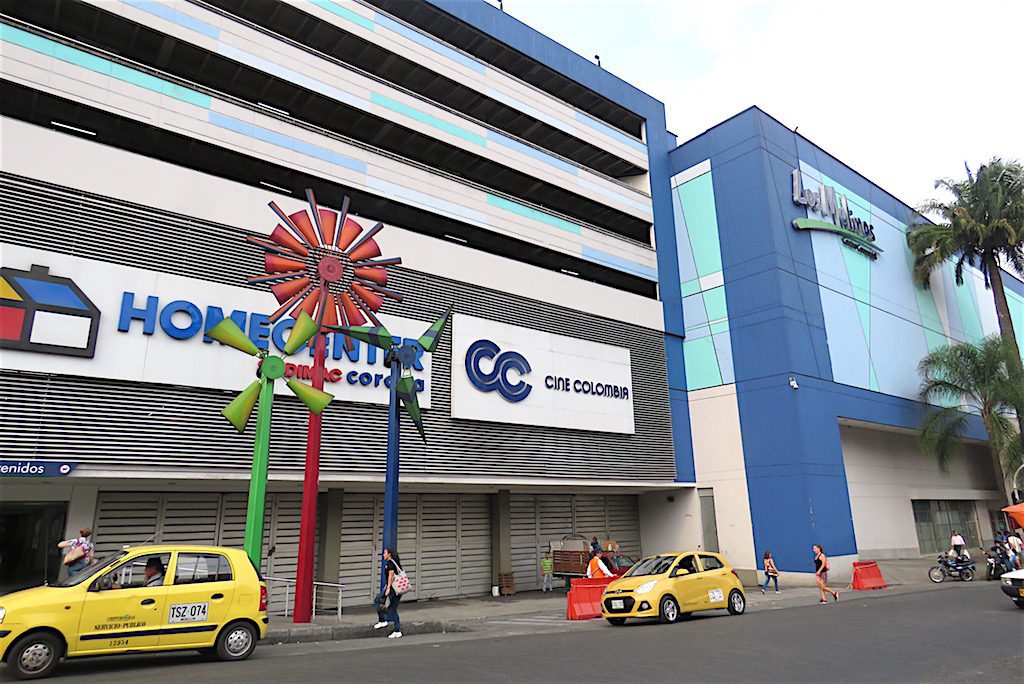 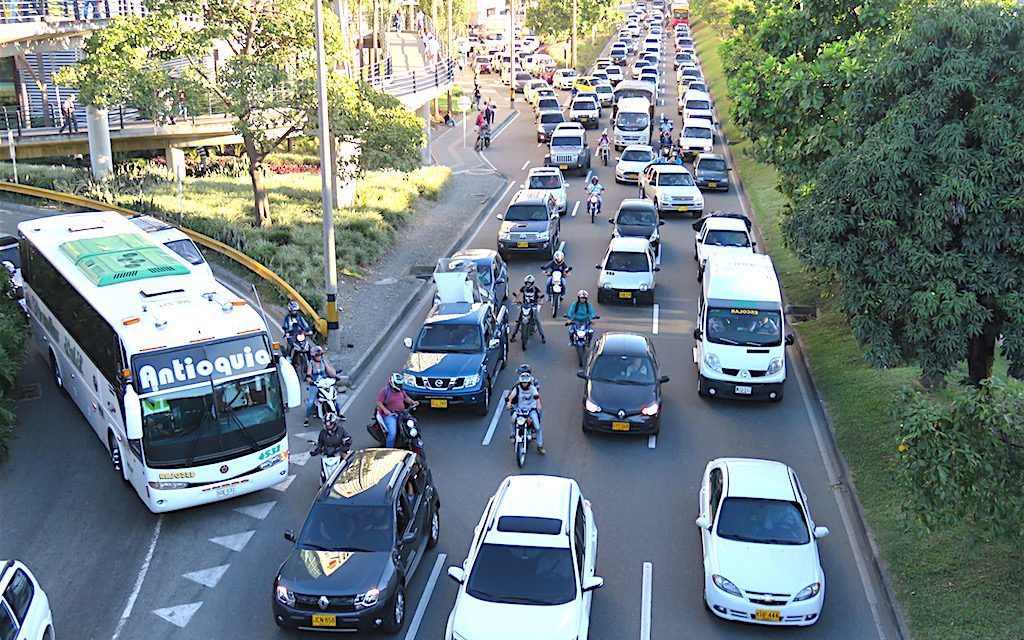 Belén wins here. Some of the worst traffic in Medellín is found in El Poblado. Avenida Poblado and Calle 10 tend to have bad traffic during rush hour and even during lunch hour. And it can be very difficult to go to or from El Tesoro mall up the hills in El Poblado during rush hour.

I lived in Belén for over four years and while traffic increased with the growth of Belén, I never experienced as much traffic as I have experienced in El Poblado. 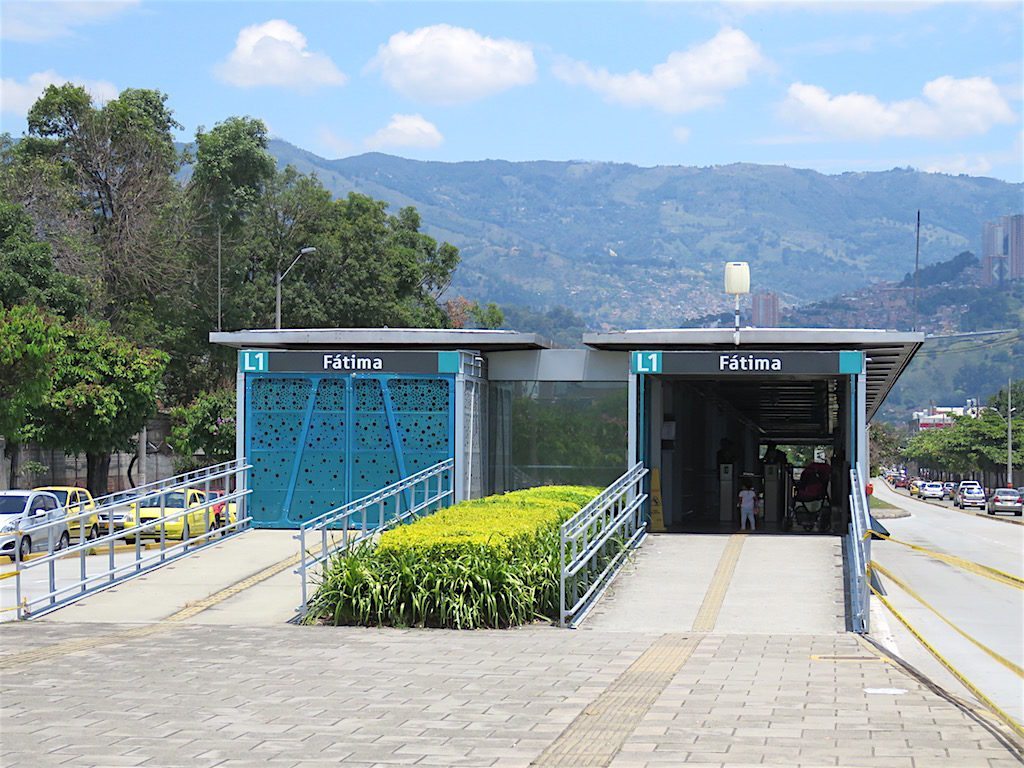 The Fatima Metroplús station in Belén

What about Laureles vs Belén?

We previously compared El Poblado vs Laureles. If we were to compare Laureles vs Belén, I would categorize the winners of each category as follows:

What about Envigado vs Belén?

We previously compared El Poblado vs Enviago. If we were to compare Envigado vs Belén, I would categorize the winners of each category as follows:

What about Sabaneta vs Belén?

We previously compared El Poblado vs Sabaneta. If we were to compare Sabaneta vs Belén, I would categorize the winners of each category as follows:

Are You Looking to Buy Property in El Poblado or Belén or Another Neighborhood? 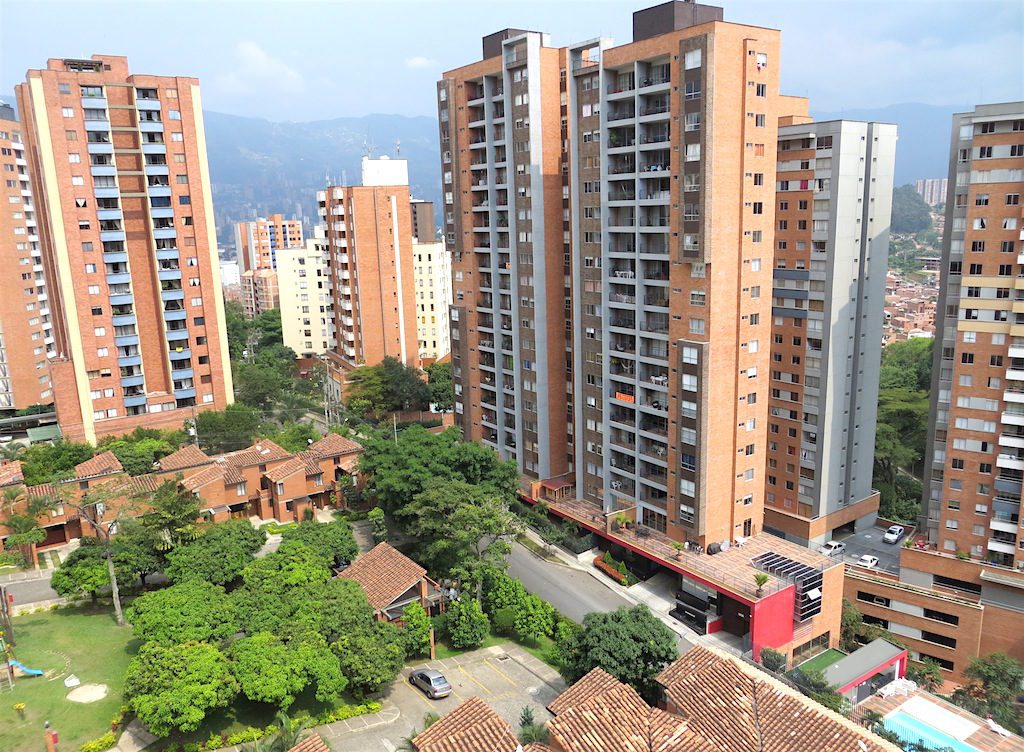 The Bottom Line: El Poblado vs Belén– Which is the Better Neighborhood to Live in?

In our El Poblado vs Belén comparison:

So, in this unscientific and somewhat subjective comparison, Belén wins if you equally weigh the categories. But choosing a neighborhood to live in comes down to personal preferences.

Also, keep in mind if you live in Belén due to the lower cost of living or other reasons, it’s a relatively short Metroplús ride to the restaurants, nightlife and shopping in El Poblado. It’s only a 10- to 15-minute ride from the stations on the Metroplús line to the Industriales metro station. This makes it quicker to get to El Poblado from Belén than from Laureles-Estadio in my experience.

The bottom line in our El Poblado vs Belén comparison is that the best to live is the best place to live for you. Everyone has different priorities. The only way to know which neighborhood is the best for you is to spend time there.

Editors note: updated on August 26, 2019 with the new name of the new mall being built in Belén.

Editors note: updated on November 17, 2019 to add the new Arkadia mall in Belén that opened in November 2019. 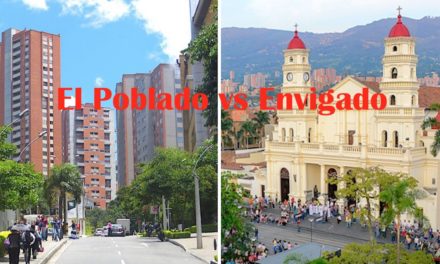 El Poblado vs Envigado: Which is the Better Neighborhood to Live in? 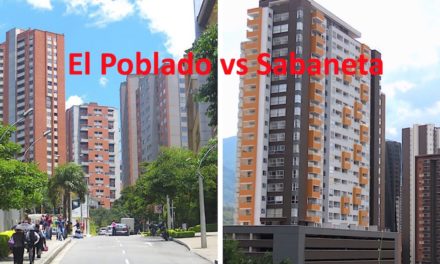 El Poblado vs Sabaneta: Which is the Better Neighborhood to Live in? 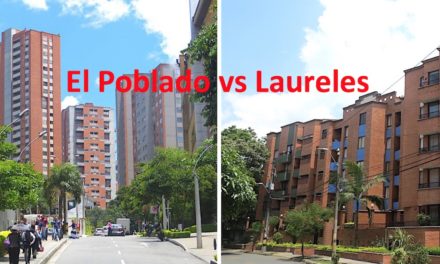 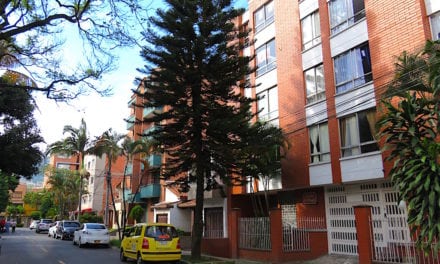