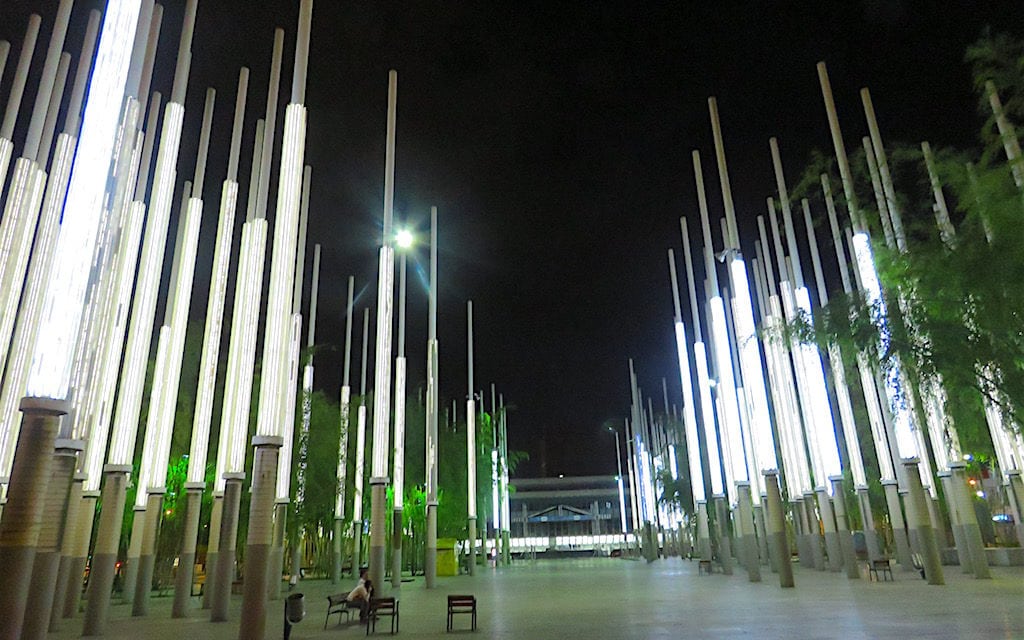 We provide a guide to Plaza Cisneros also known as Parque de las Luces or Park of Lights, which is a popular attraction in El Centro in Medellín with 300 light poles.

In an effort to rejuvenate this area to make it more attractive and more inviting to tourists, this plaza was renovated in 2005 to include the forest of 300 light poles, which are constructed with concrete and metal. And at night, the poles are impressively illuminated with several reflectors in each pole. 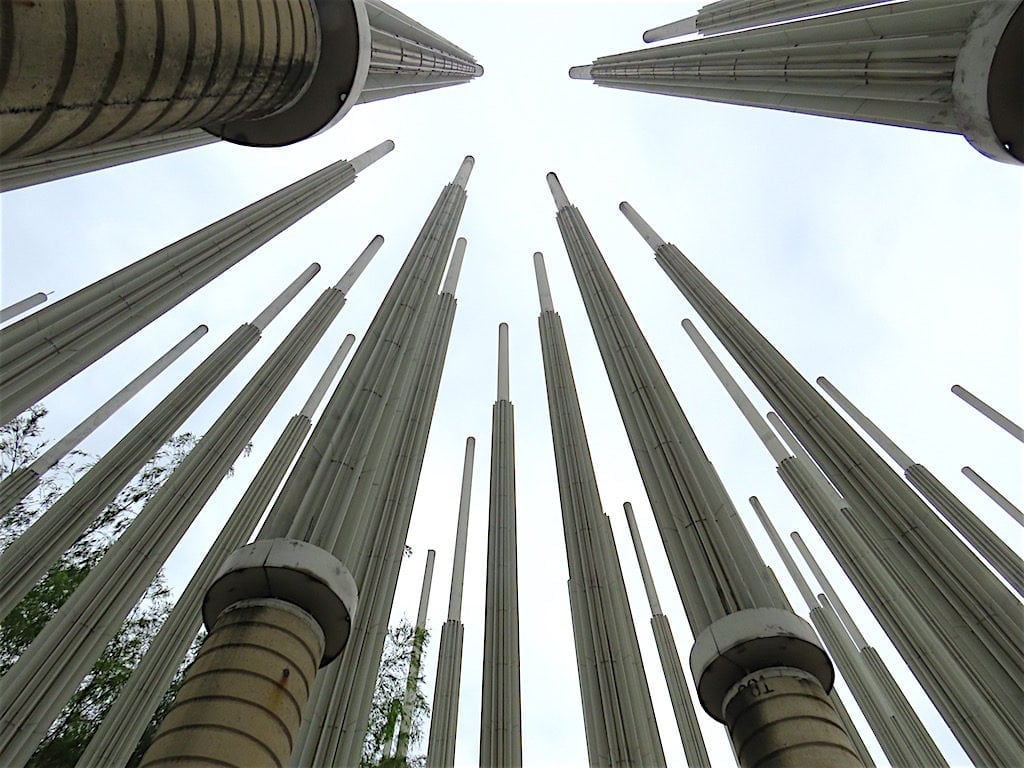 Following the death of Cuban engineer Francisco Javier Cisneros in New York on July 7, 1898, the city of Medellín determined that the square in front of the Estación Medellín del Ferrocarril de Antioquia (Medellín’s railroad station) would be named Plaza de Cisneros or Plaza Cisneros. Cisneros headed up construction of the Antioquia railroad.

Plaza Cisneros used to the area where farmers and tradesmen from the region unloaded fruits, vegetables and other goods from trucks and where all types of goods were delivered to the city by train.

Also, from this square, products were distributed to smaller markets throughout the city. In addition, this square was one of the first things visitors saw when arriving by train.

After the bankruptcy of the Colombian railroad in the 1960s and the transfer of the markets in the square to the nearby Plaza Minorista market and the Mayorista market in Itagüí, Plaza Cisneros became an area with problems with thieves and drug addicts, particularly at night. 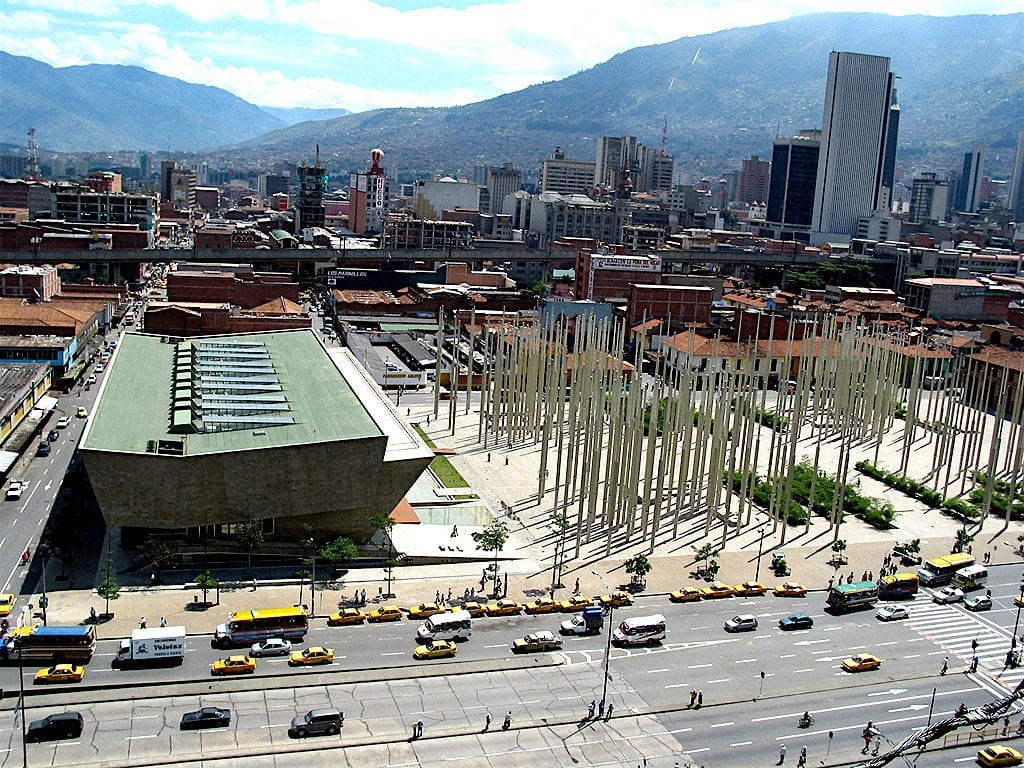 As part of a project to renovate downtown Medellín, a plan was established in 2002 to renovate Plaza Cisneros by the administration of former mayor Luis Pérez. The projects was called “Medellín es luz, un poem urbano” (“Medellín is Light, an urban poem”). Architect Juan Manuel Peláez’s project was selected. And the design was completed in 2003.

So, adjustments were made in the designs, materials and works, with the participation of the architect and the project ended up costing the sum of 9.165 million pesos.

The execution of the project was during the government of former mayor Sergio Fajardo. The city administration decided to proceed with the project but with modifications.

For example, the project proposed 360 towers, each 24 meters high with four meters of concrete base and 20 meters of metal structure. But only 300 towers were built. And the 20-meter metal tubes were reduced to 18 because the standard material comes in the size of 6 meters.

Also, the lighting in the proposal cost 1,800 million and was exchanged for very low consumption bulbs of energy and low costs. The original lighting proposal would have cost 16 million pesos monthly.

Finally, the new Plaza Cisneros was inaugurated in February 2005. In addition, the old market square had been completely demolished to make way for the new EPM Library inaugurated in June 2005. Also, the Vásquez and Carré buildings next to the plaza were fully restored. The plaza is known as Plaza Cisneros and also as Parque de las Luces. 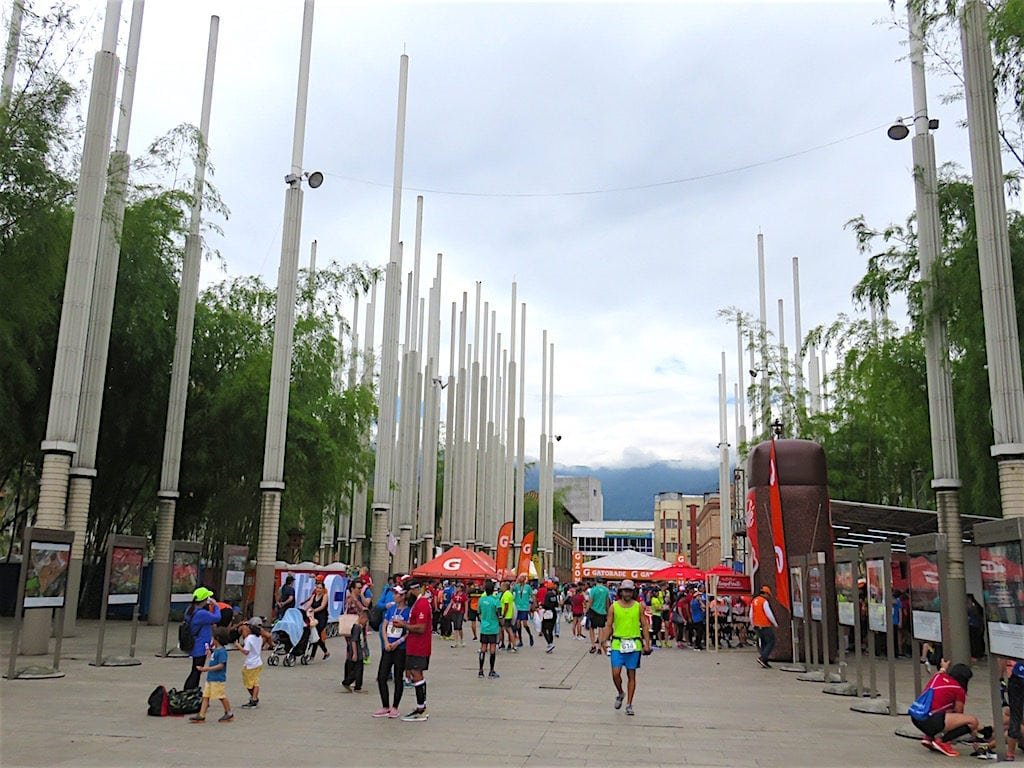 Plaza Cisneros during the Medellín Marathon on September 16, 2018

There are sometimes events held at this plaza. For example, on September 16, 2018, there was the large Maratón Medellín. This Medellín marathon included distances of 42 km, 21 km, 10 km and 5 km. And all these marathons started at Plaza Cisneros. 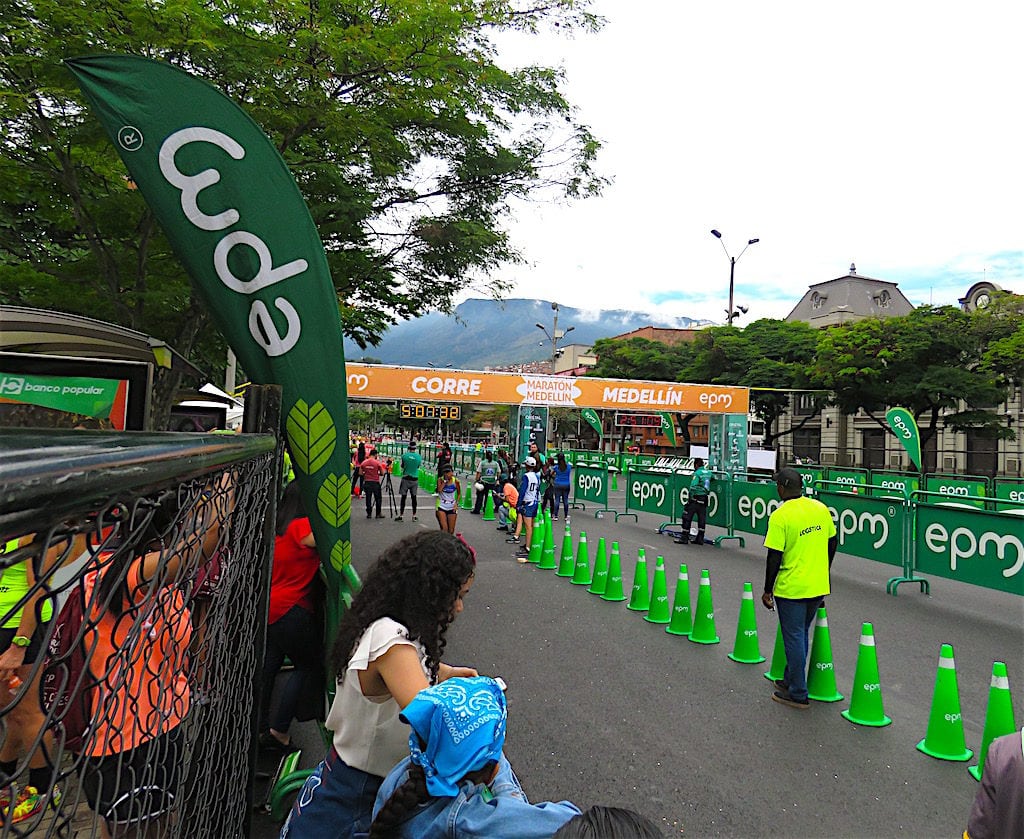 On the day of the marathon, the plaza was full of people participating in the marathon. And there were a number of booths set up with beverages. 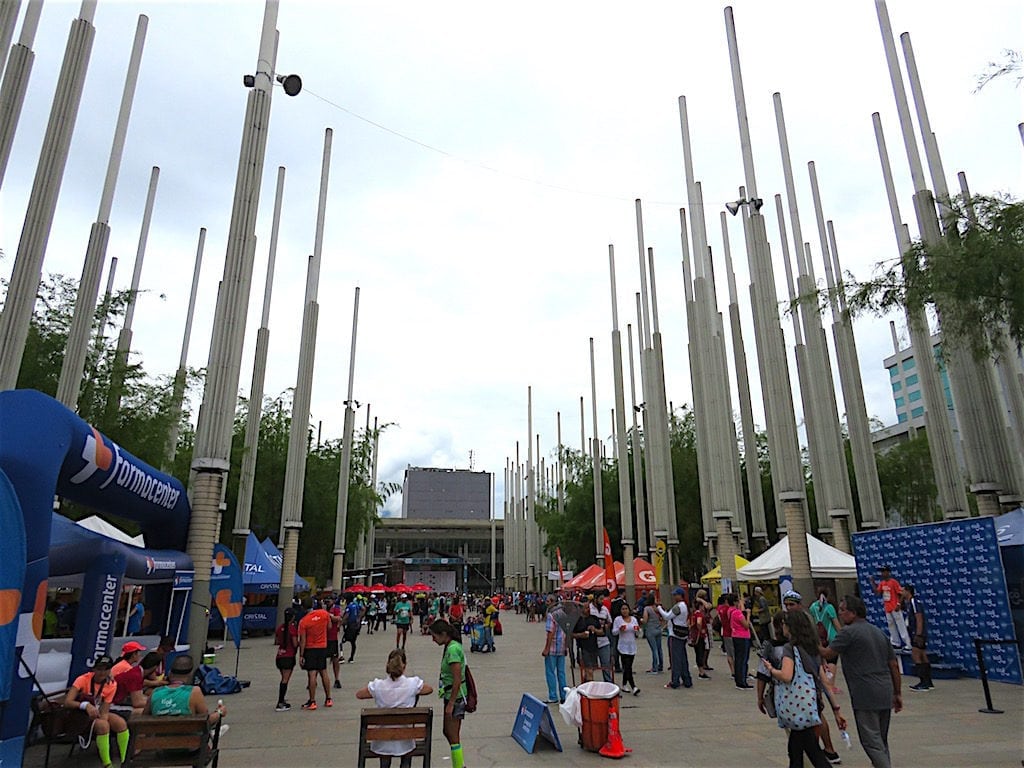 Plaza Cisneros during the 2018 Medellín Marathon

How to Get to Plaza Cisneros: Parque de las Luces 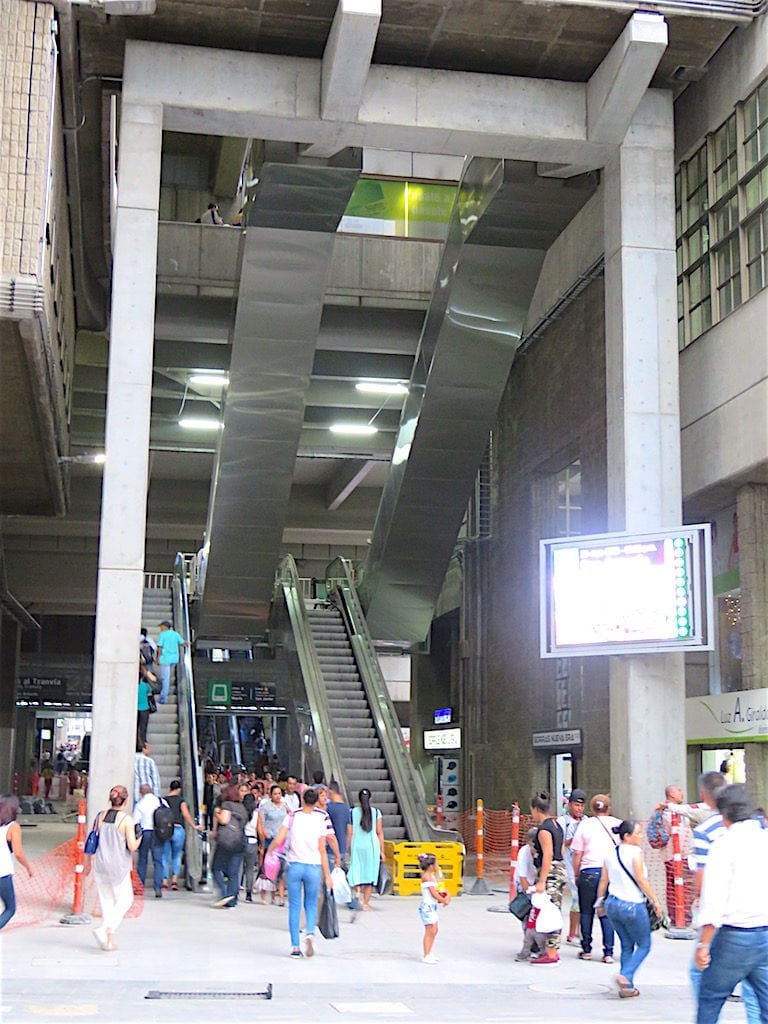 From the San Antonio metro station, walk west two blocks and then south one block and you’ll see the sizable Plaza Cisneros.

In addition, you could take a taxi from anywhere in Medellín. All taxi drivers will know where Plaza Cisneros (Parque de las Luces) is located. 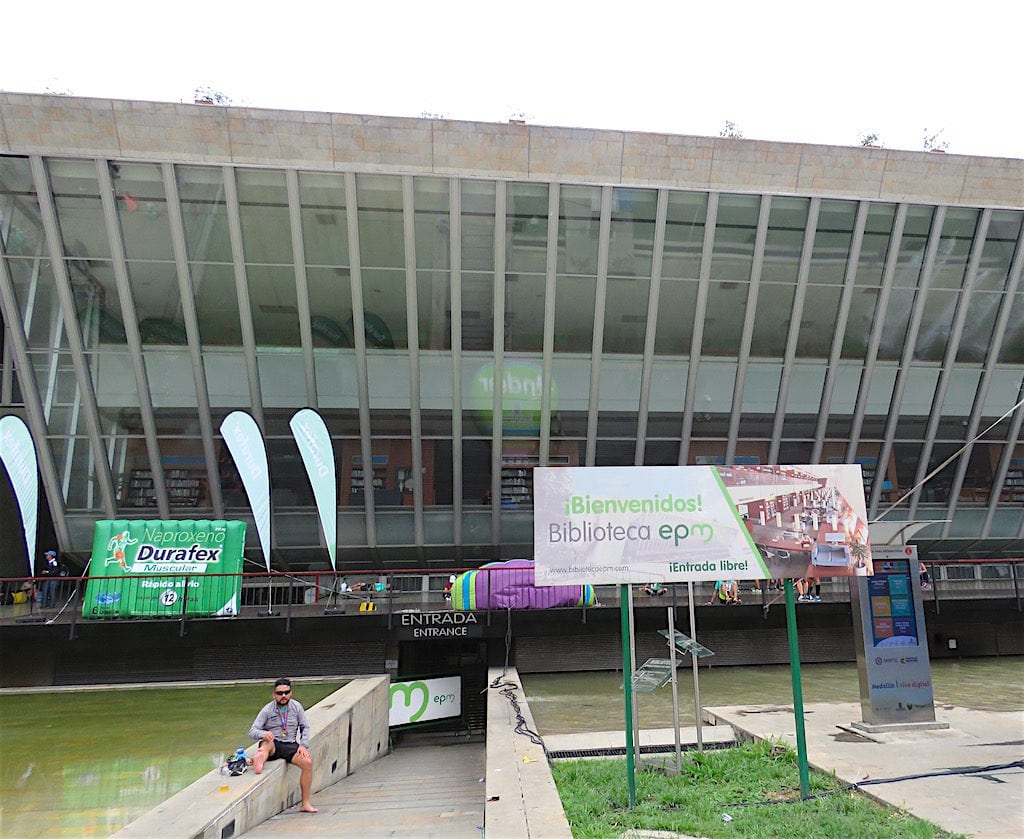 Location: Plaza Cisneros is located on Calle 44 and is between the Biblioteca EPM (EPM Library) to the west and the Vásquez and Carré buildings to the east.

Also, directly north of this plaza is the huge El Hueco shopping area in El Centro with over 12,000 shops. And there are many small restaurants in the area and vendors selling coffee, juices, fruits and other snacks in the plaza during the day.

In addition, Plaza Cisneros is included in the Real City Walking tour, which is one of the 2 best walking tours in Medellín. 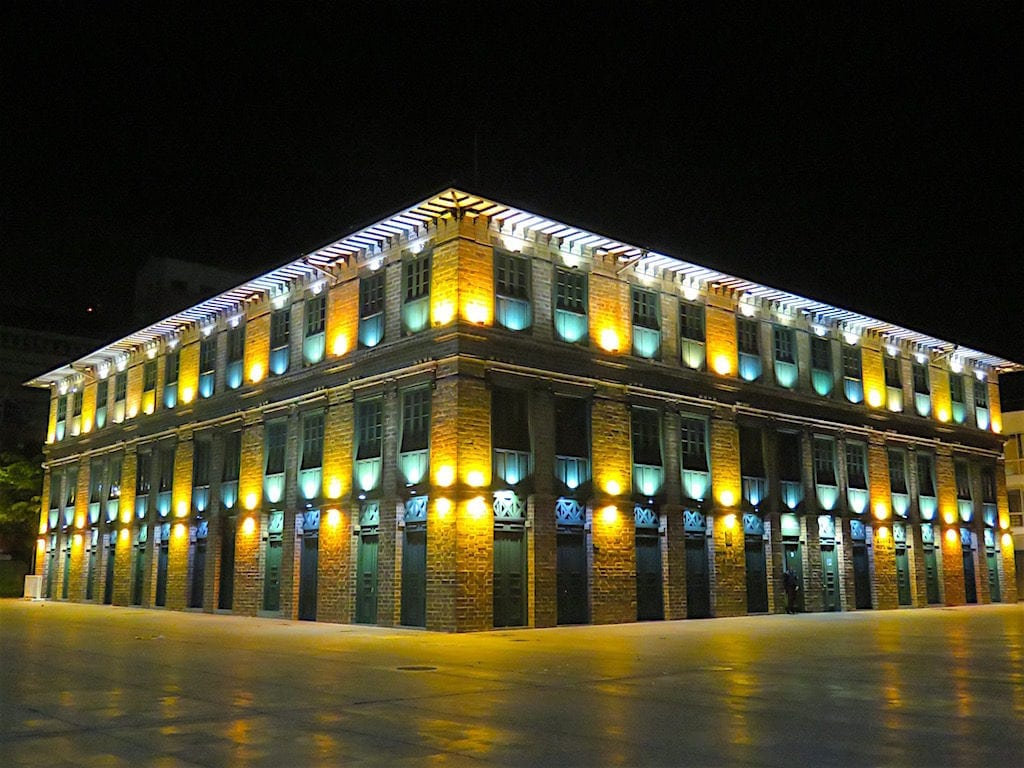 Edificio Vásquez at night, which is next to the plaza

Hours: open 24 hours per day, it’s normally fairly busy during the day with a police presence.

However, be very careful in this area after it’s dark. And it’s best to go with a group in the evening and to take a taxi. Also, at night this part of El Centro clears out and you will rarely see police. 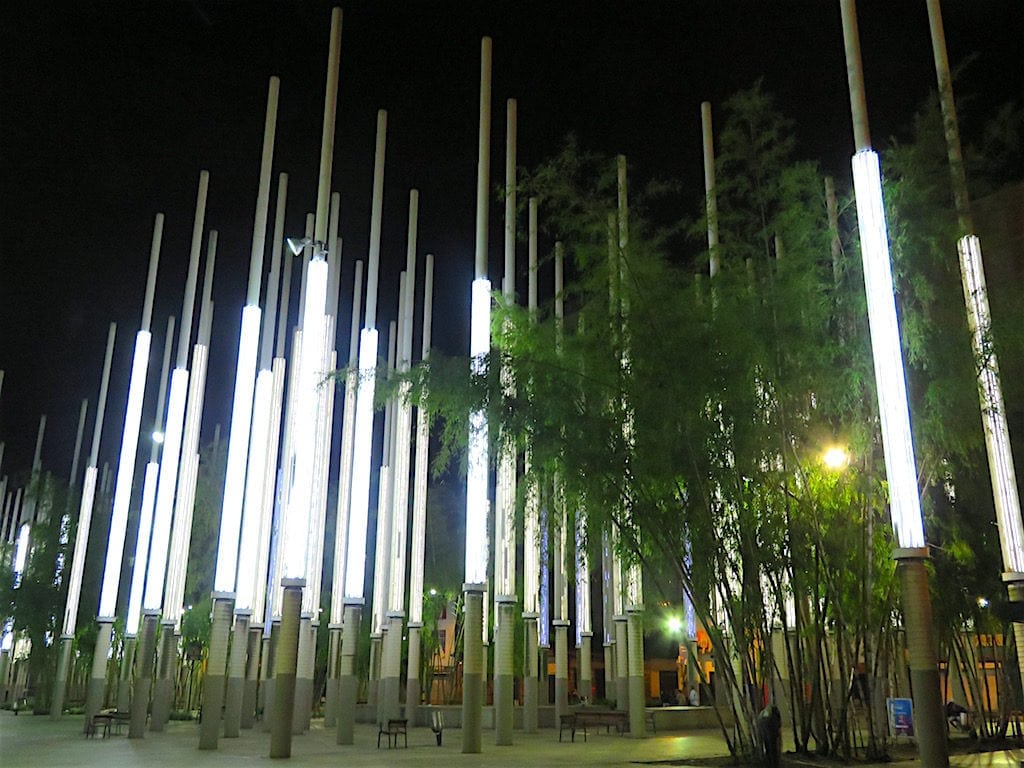 Plaza Cisneros is worth seeing, particularly at night but be careful at night. There is small shopping mall directly across from this plaza with a food court on the top floor. You could eat something there while waiting for the darkness to set, while also enjoying the view of the plaza.

In addition, this plaza is located directly south of the El Hueco shopping area in El Centro. So, you could combine a visit to El Hueco with a visit to this plaza. 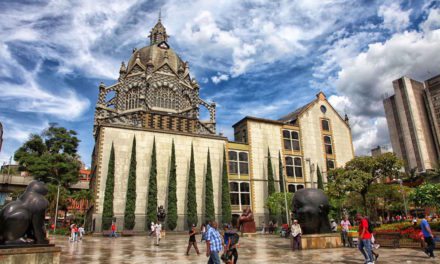 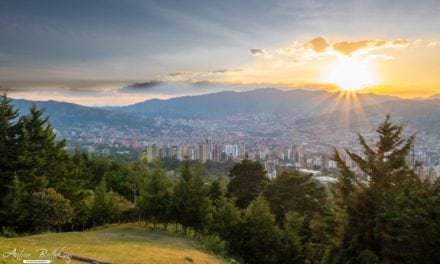 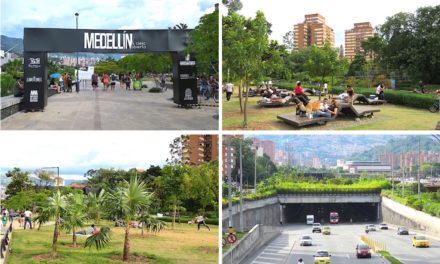 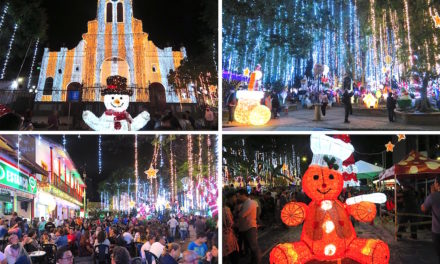