Casa Museo Otraparte: A Hidden Gem Museum in Envigado Worth a Visit

Casa Museo Otraparte is a small house in Envigado converted into a museum and dedicated to the life and works of Colombian philosopher and writer Fernando González (1895-1964).

This museum is considered a hidden gem with its old villa, beautiful gardens and a popular café. And we included Casa Museo Otraparte in our list of the 12 best Medellín museums.

González wrote about art, economics, history, morality, sociology and theology in a creative way. And González is considered one of the most original and controversial writers of Colombia during the 20th century.

González may not have the international recognition of other notable Colombian artists and authors, such as Fernando Botero or García Márquez. But González was a very important thought leader with great influence on Colombian society. 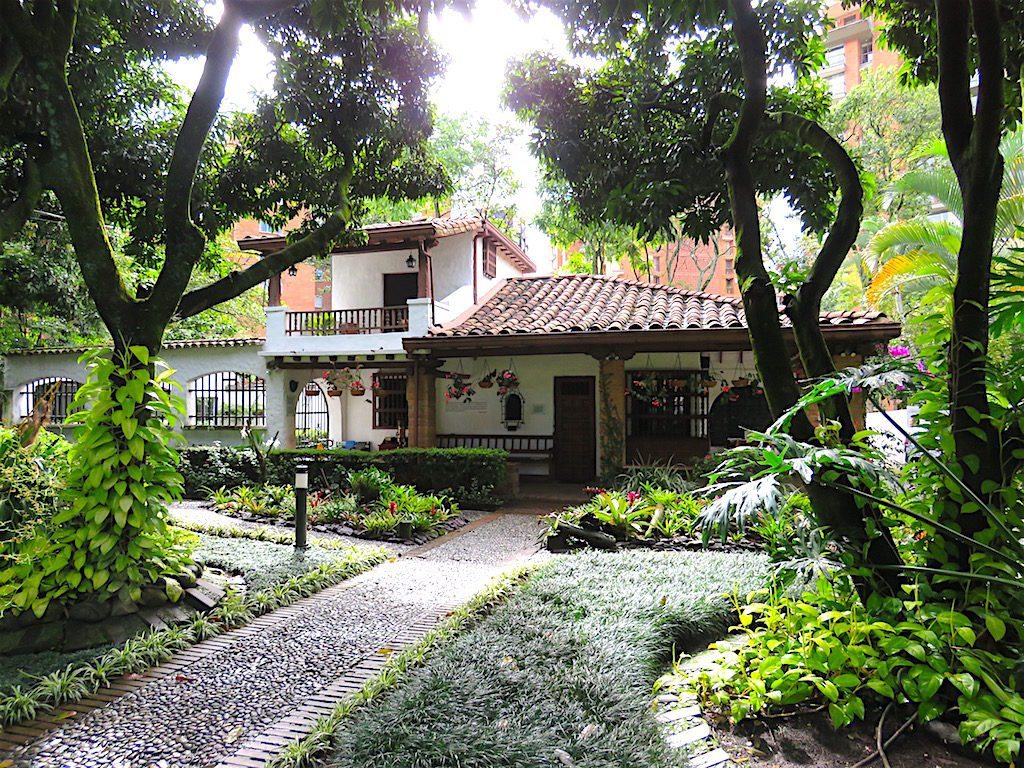 Casa Museo Otraparte is the former home of González, which is a small villa with a beautiful garden and café located in Envigado.

The museum tries to preserve some elements of the look and feel of the house during the life of González. And the displays in the house provide information about González’s life and his works. But these displays unfortunately are all in Spanish. 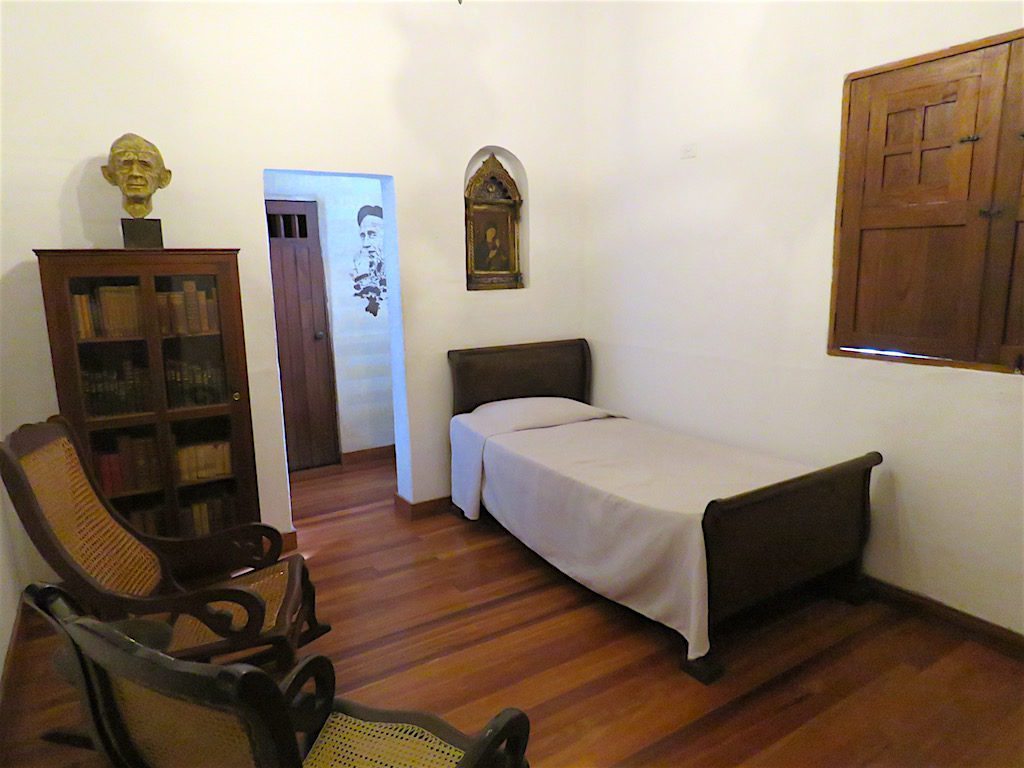 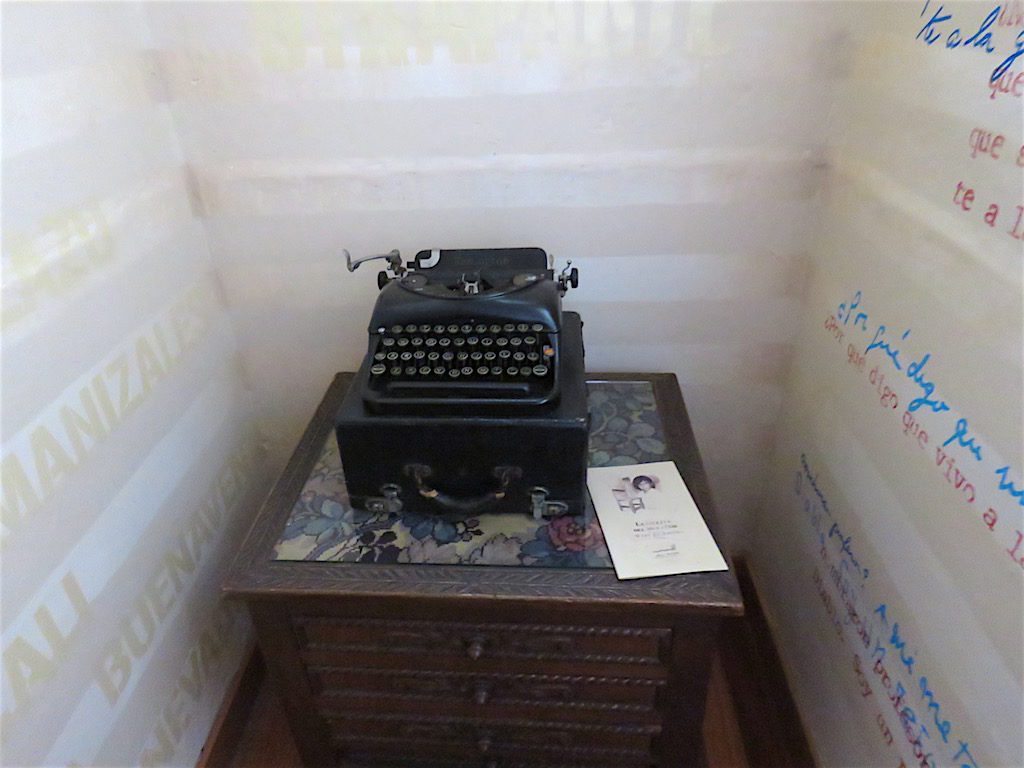 In addition, the museum acts as a cultural center for the city. The museum frequently hosts screenings of international or independent films, lectures on art and literature, musical performances and other events, which can be seen on the Casa Museo Otraparte schedule. 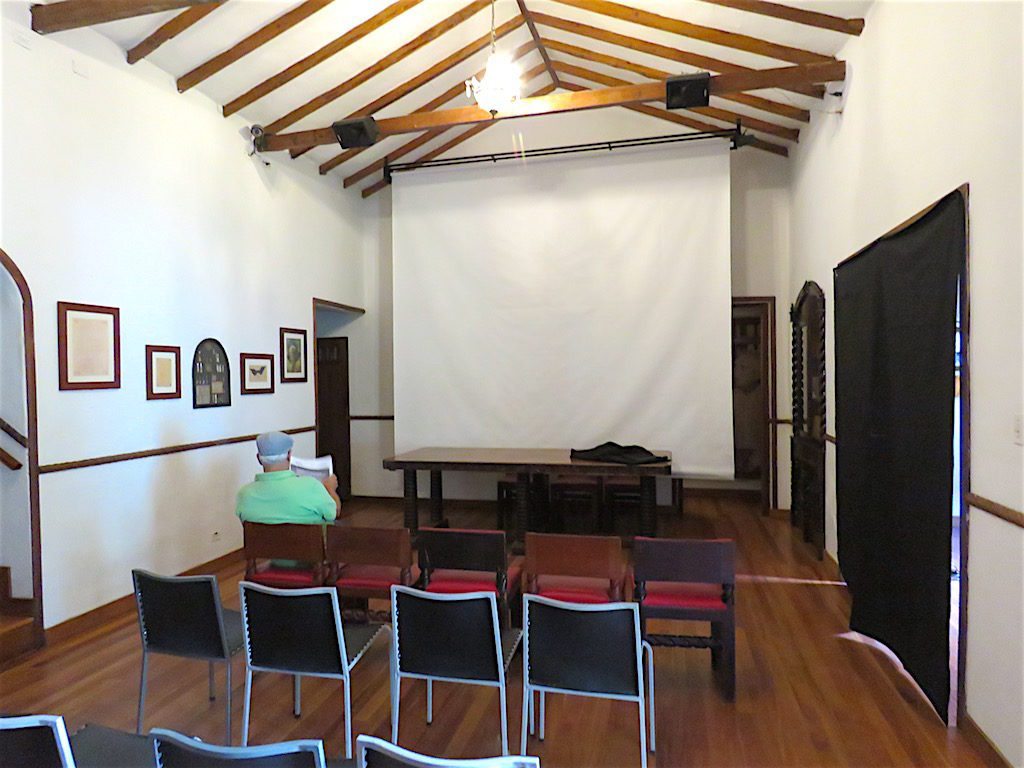 Getting ready for screening of an international film

Entrance fee: the museum is free to enter. 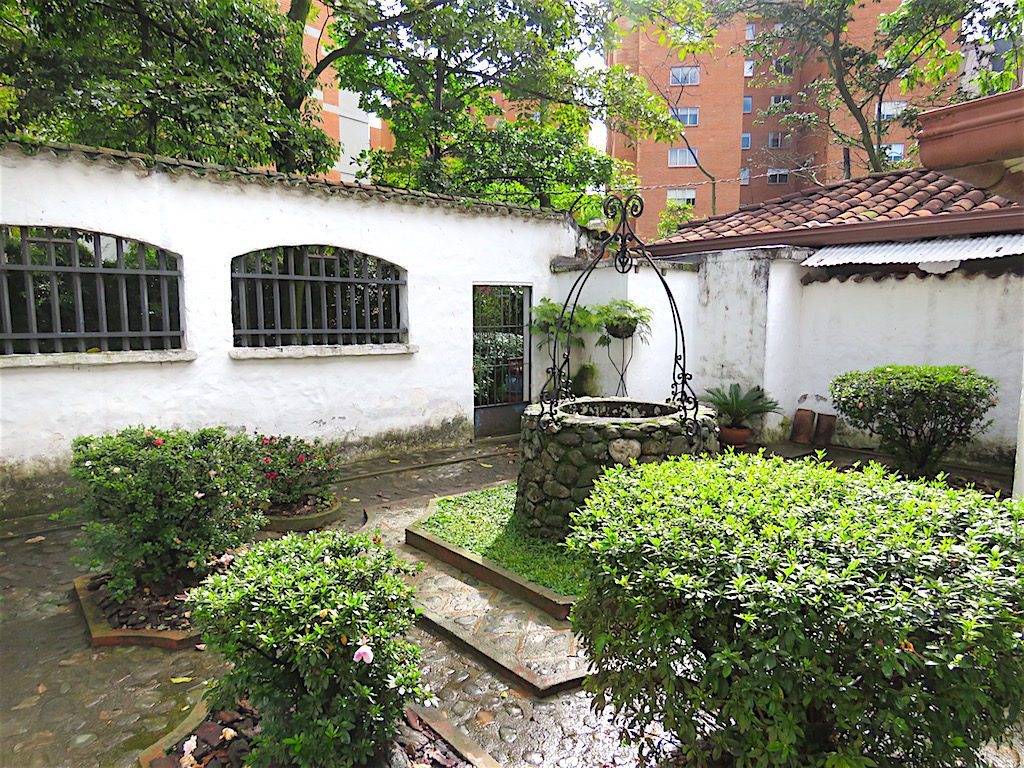 A side courtyard at Casa Museo Otraparte

In 1940, Fernando González started the construction of his villa in Envigado that originally was called La Huerta del Alemán (The Garden of the German). But World War II made him change the name to Otraparte (Other Place).

In 1953, Gonzáles was nominated consul of Colombia in Europe, but he stayed most of the time in Bilbao, Spain where he studied Simon Bolívar and Ignatius of Loyola. And in September 1957, González returned to Colombia, to live in his Otraparte villa in Envigado, until his death in 1964.

In 2006, President Álvaro Uribe approved Law 1068 that exalted the memory, life and work of the Antioquean philosopher Fernando González and declared Casa Museo Otraparte in Envigado as a national patrimony. 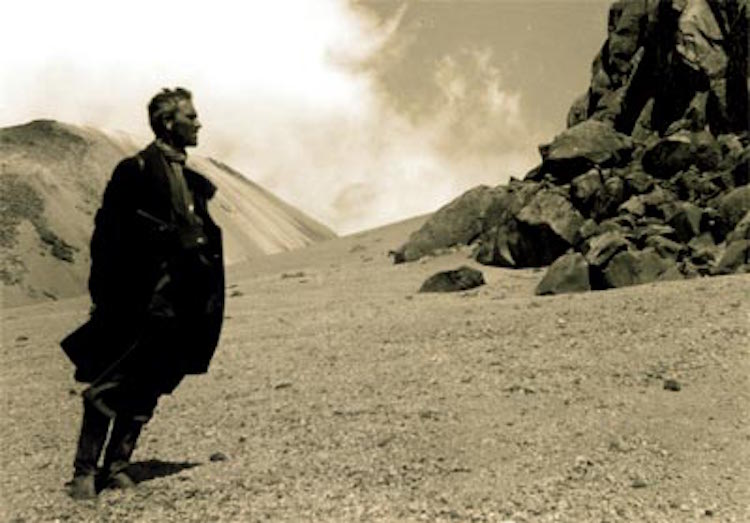 The Colombian philosopher Fernando González in El Ruiz Snow Mountain in 1928 in a trip that inspired his work “Trip By Foot”, published in 1929, photo by Corporacion Otraparte

Fernando González Ochoa was born on April 24, 1895 in Envigado. He lived during the beginning of the 20th century, a time of major change, political turbulence and revolutions in industry in Colombia, which are reflected in his works and thoughts.

González served as magistrate of the Superior Court of Manizales, second judge of the Circuit of Medellín and consul of Colombia in the European cities of Genoa, Marseille, Bilbao and Rotterdam.

Fernando González is considered by many to be one the most original of the Colombian philosophers and writers. His ideas were controversial and had a great influence in the Colombian society during his time and today.

He faced Colombian lies and his contemporaries did not forgive him for the frankness with which he spoke. So, his work was often rejected. However, his truth, which hits hard in his books, is still so alive that it has become even more valid over the years.

Who is Fernando González? He is an unclassifiable writer: mystic, novelist, philosopher, poet, essayist, humorist, theologian, anarchist, foul-mouthed, blessed and at the same time irreverent, sensual and chaste … What else? An original writer, as there is no other in Latin America or anywhere else that I know of. 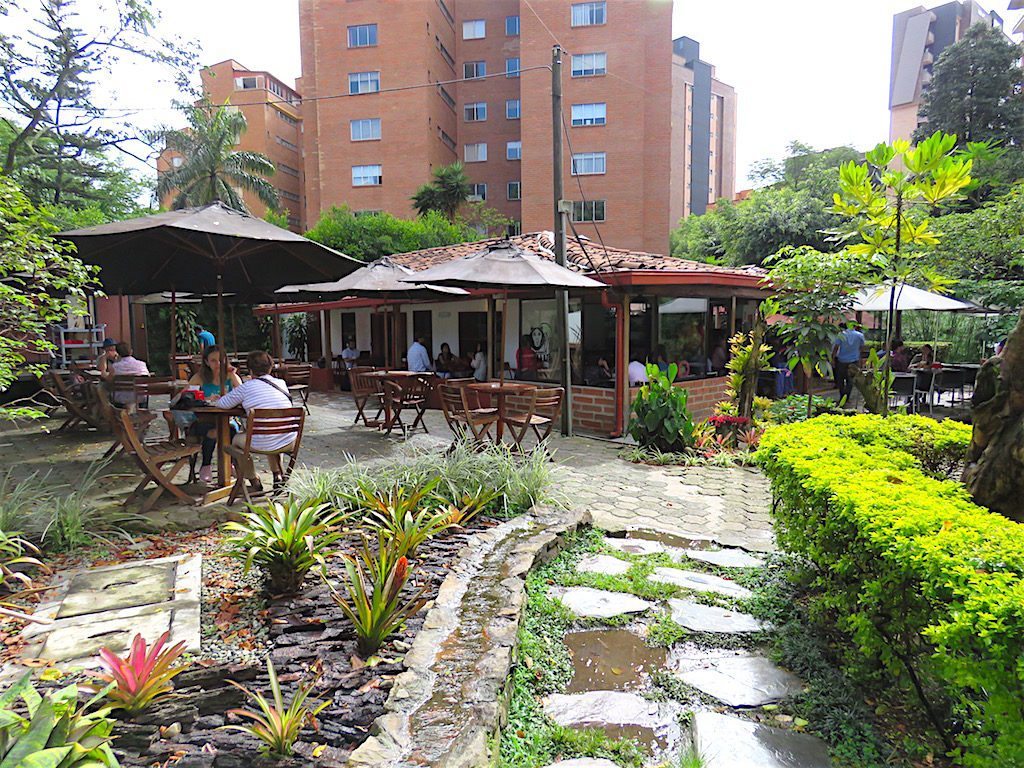 Directly behind the museum is the Café del Otraparte, which is considered to be one of the best cafés in Medellín. So, it’s a popular café that is worth visiting.

The café has seating in the garden area as well as some seating inside the café. The café serves some excellent coffee, desserts and other food. And it’s a good place to sit and relax from the bustle of the city. 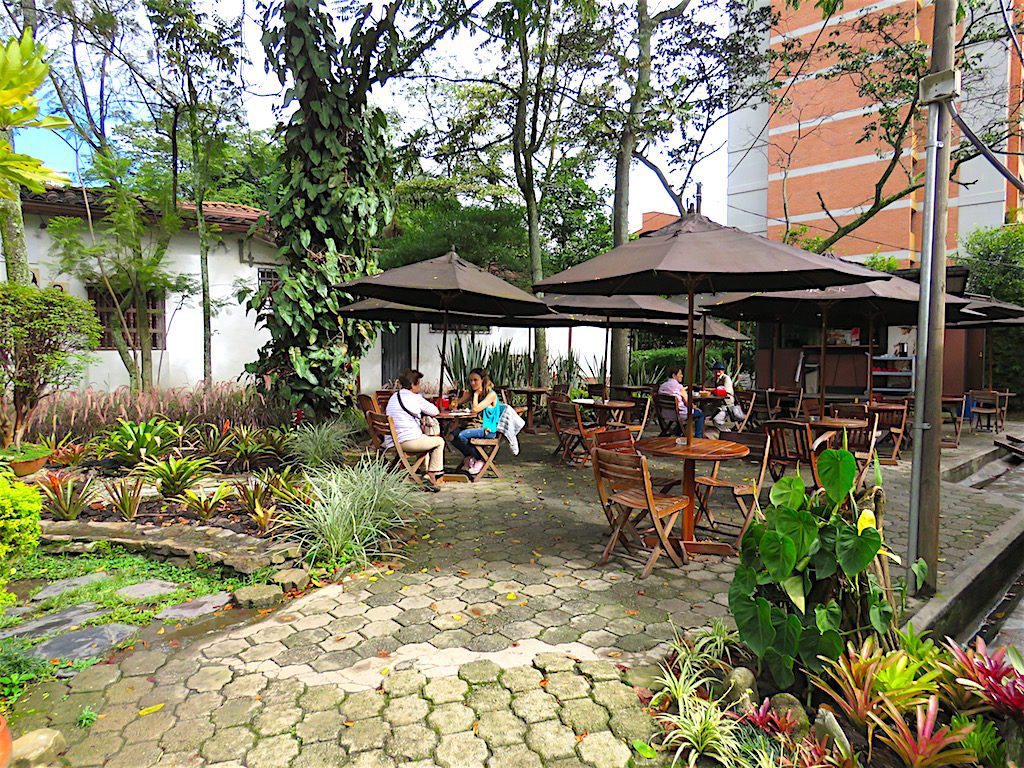 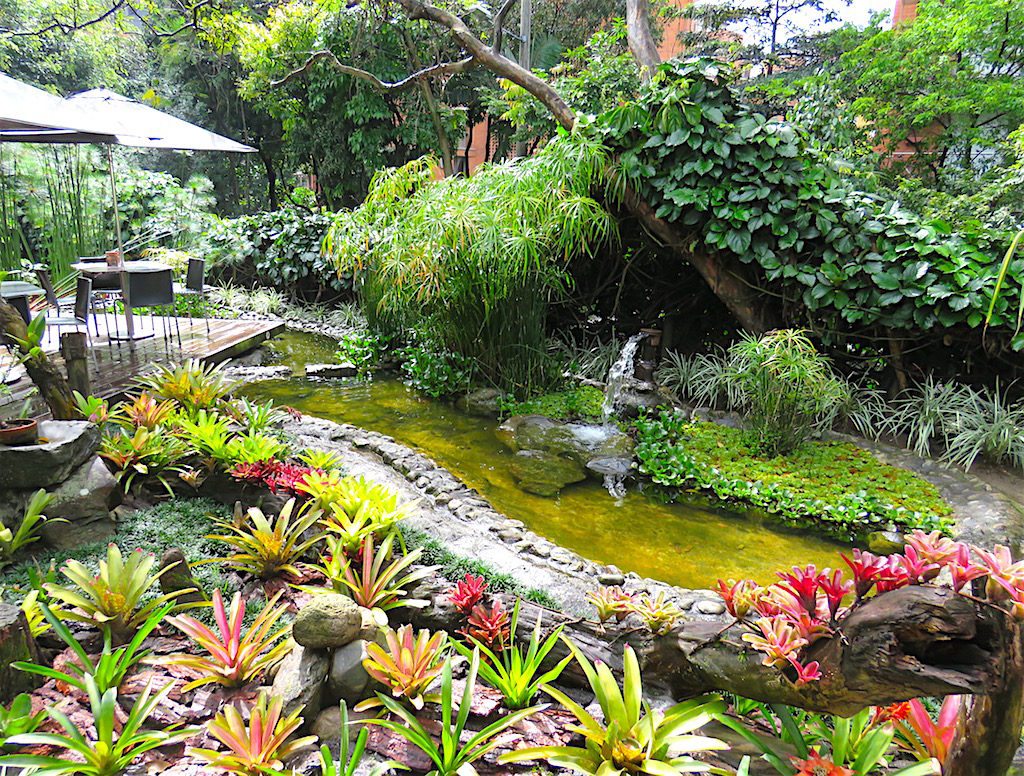 How to Get to Casa Museo Otraparte

Casa Museo Otraparte is located in Envigado. And it is located only a five-minute walk from an area in Envigado known as Calle de la Buena Mesa (Street of the Good Table), which has many restaurants.

Envigado is a separate municipality in the Aburrá Valley, which is located directly south of El Poblado in Medellín.

One way to get to Casa Museo Otraparte is via the Medellín Metro. And the museum is located about a 15-minute walk from the Ayurá metro station on Line A. 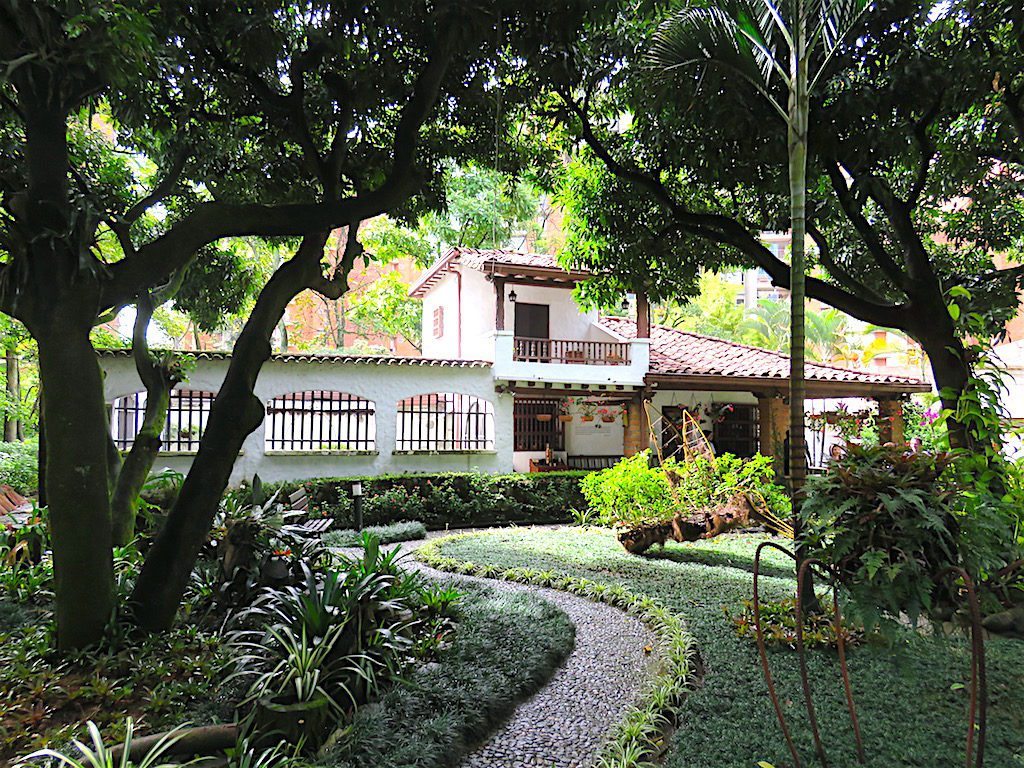 Casa Museo Otraparte doesn’t get as many visitors as the larger museums in Medellín. It’s a more obscure museum that isn’t found in many of the travel guide books. But this museum in Envigado is still worth a visit, particularly if you are looking for something different to do.

The museum with its old house, beautiful gardens and café is considered a hidden gem, which is worth seeing. And there are free movies being shown at the museum each month, which can be seen on the Casa Museo Otraparte schedule.

Also, you could combine a visit to this museum with a meal at one of the many restaurants that are located at Calle de la Buena Mesa in Envigado (such as Black Pepper Steakhouse), which is located only a five-minute walk from the museum.

Medellín Museums: 12 Best Museums in Medellín and the Aburrá Valley 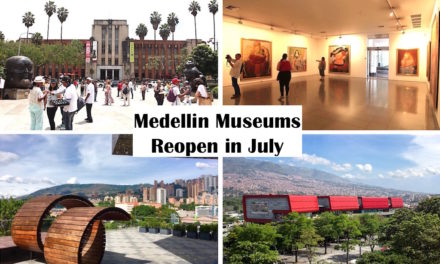 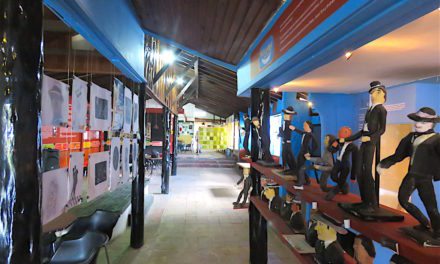