Cartagena vs Santa Marta: Which is the Better City to Live in? 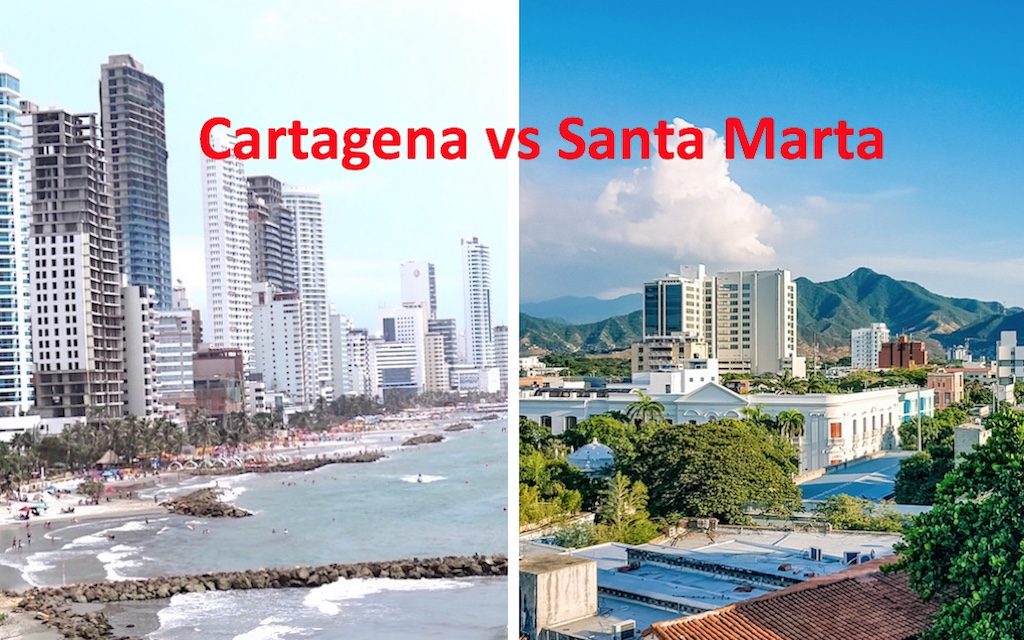 In our Cartagena vs Santa Marta comparison, we comprehensively compare these two cities in Colombia in 17 categories to see which is the better city to live in for expats.

Several Medellin Guru readers asked for a comparison of the beach cities Cartagena vs Santa Marta. We previously have compared living in Medellín with several cities in Colombia.

I have lived in Medellín for over eight years. But I have traveled to Cartagena over 20 times for business and pleasure and have spent about four months in the city. Cartagena was also the first city I discovered in Colombia back in 2016.

Also, I have traveled several times to Santa Marta on vacation including one longer trip of over one month. In my opinion, both cities have pluses and minuses. No city is perfect. 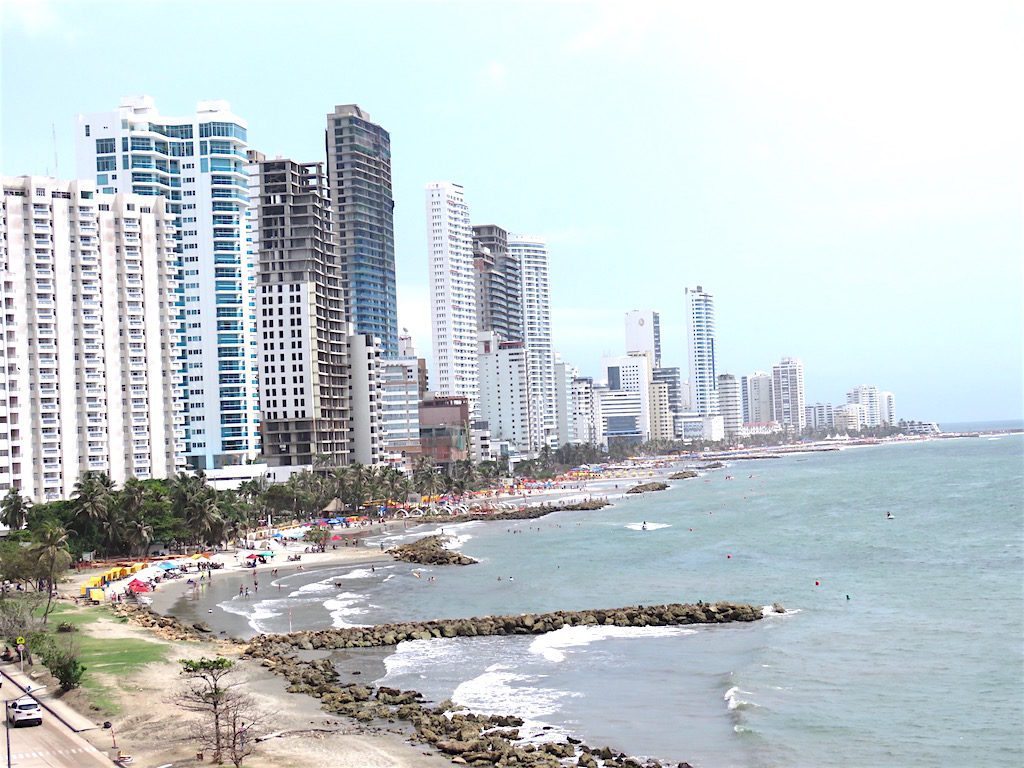 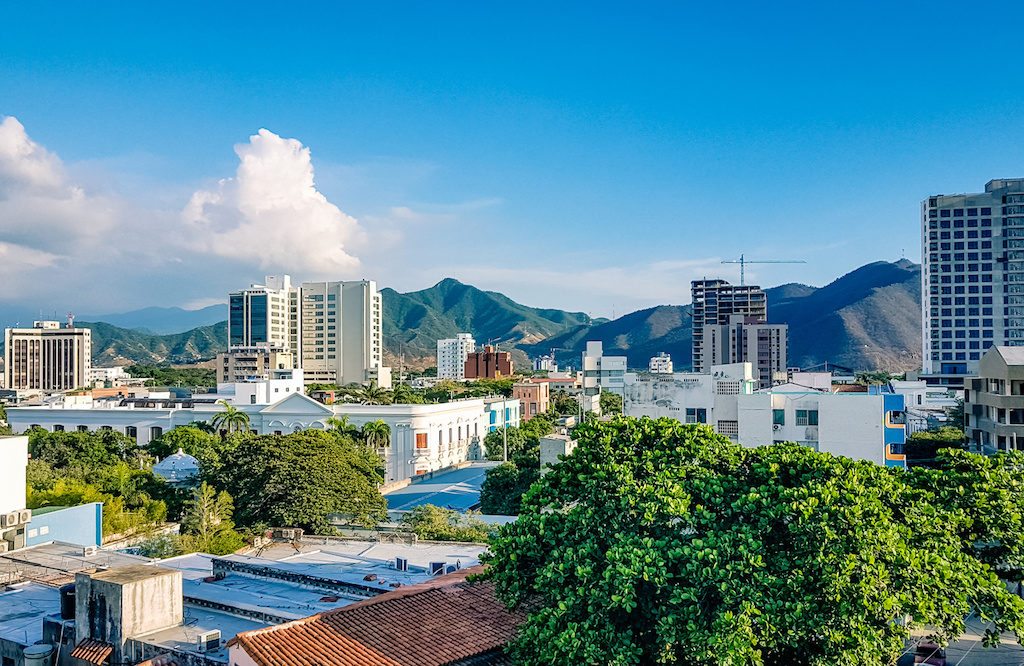 The two cities tie here. Both Cartagena and Santa Marta are beach cities on the Caribbean and it can get quite hot in either city with similar climates.

In Cartagena the average annual humidity is 81 percent. And in Santa Marta the humidity averages 76 percent during the year. So, Cartagena is somewhat more humid.

The bottom line is in both cities, it is hot enough that you will definitely need air-conditioning.

Costs of other things like restaurants, drugstore items and groceries tend to be between 5 to 10 percent higher in Cartagena when compared to Santa Marta.

Several expats I have met living in Cartagena complained about the high cost of living in the city particularly the high real estate prices.

Outside of the cities are much better beaches. Outside of Cartagena, Playa Blanca and Isla Grande are nice beaches. 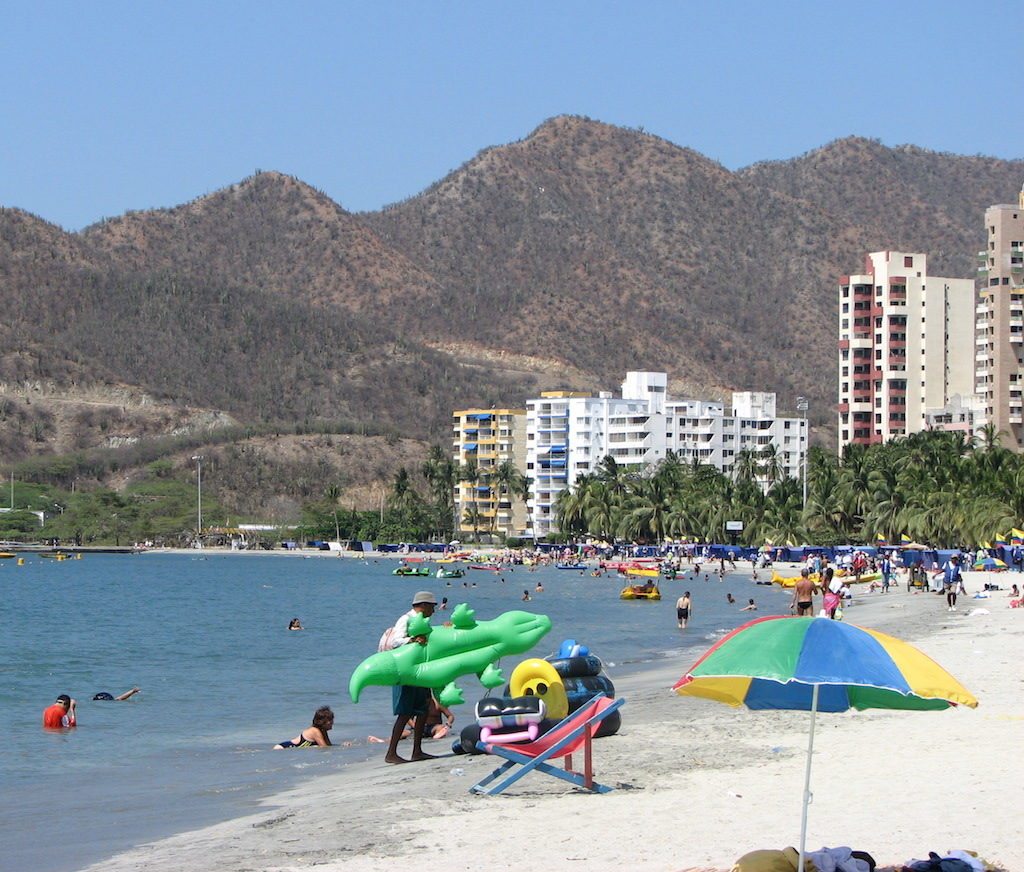 Santa Marta wins here. In my experience, the traffic in Cartagena is worse than in Santa Marta due to being a bigger city with more cars on the roads.

Santa Marta, in comparison, has much less traffic than Cartagena. The worst-case traffic in the smaller city of Santa Marta may mean being stuck in traffic for 20 to 30 minutes.

The two cities tie here. Both Cartagena and Santa Marta are located on the coast. So, there are regular ocean breezes that keep the air clean in both cities. So, air pollution is not really a problem in either city.

However, Santa Marta has water pollution problems.  In 2013, a barge illegally dumped 2,000 tons of coal into the Bay of Santa Marta. The U.S. coal company tried to cover up the massive coal dump, but was photographed by local environmental activist and journalist Alejandro Arias. The ecosystem and marine life of the region in Santa Marta reportedly will not recover for 30 to 40 years.

In addition, there is ongoing environmental contamination to the bay in Santa Marta included the loading and transportation of coal docks, the use of the Manzanares river to dump solid waste into the sea and operations of the Palangana landfill.

Also, Cartagena has water pollution problems. The United Nations has declared the Cartagena bay among the most heavily polluted in the Caribbean.

The Cartagena Bay receives much of Colombia’s pollution and environmental issues, which are drained by the Magdalena River. Approximately 10 percent of all this pollution enters through the Dique Canal and into the Cartagena Bay.

Cartagena wins here.  Colombia has 24 of the top hospitals in Latin America but none of these are located in Cartagena or Santa Marta.

But since Cartagena is a larger city with a metro population of over 1 million compared to less than 500,000 in Santa Marta, Cartagena has more hospitals, more doctors and more dentists. So, Cartagena arguably wins this category. 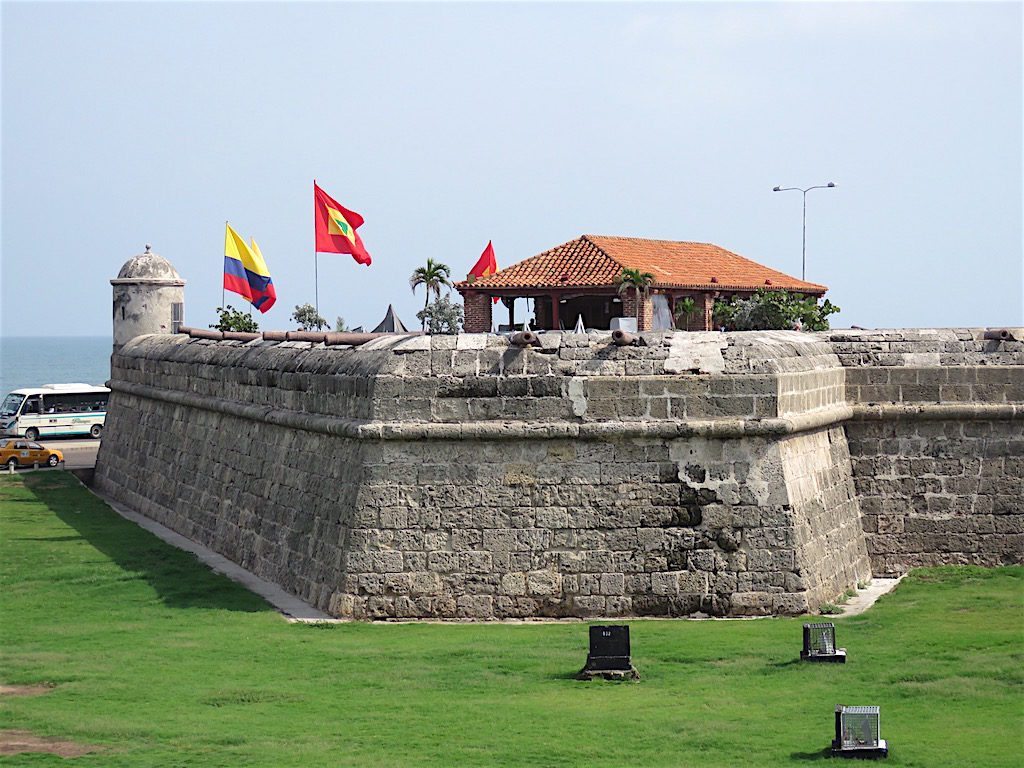 7. Things to Do – Cartagena vs Santa Marta 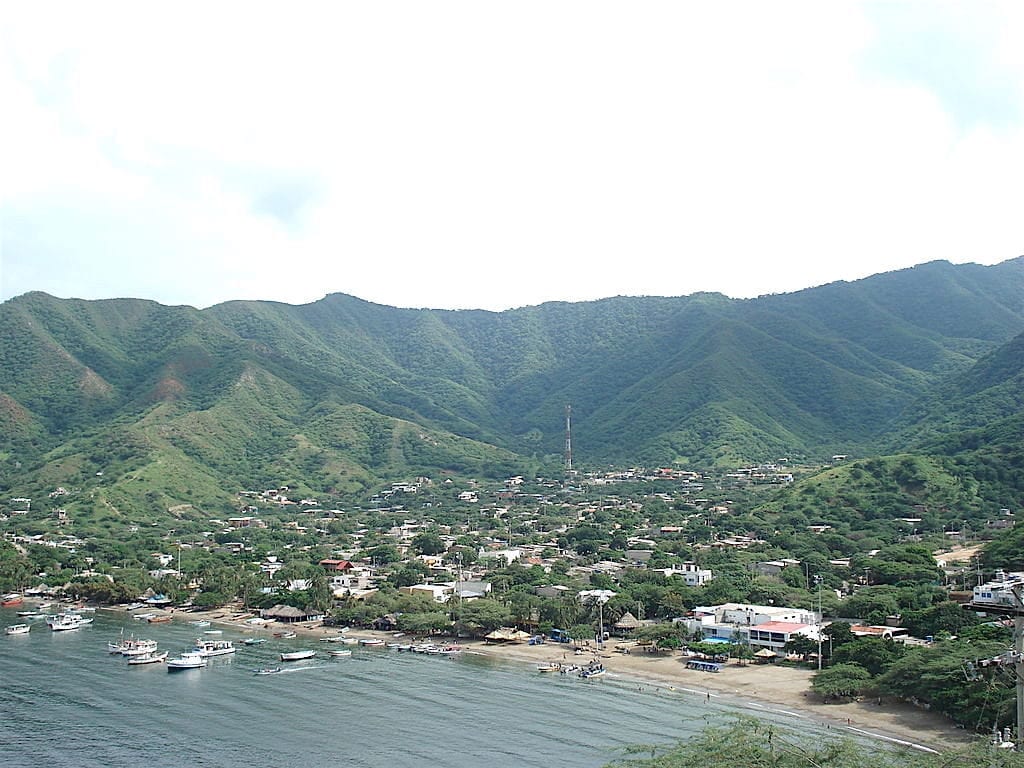 Since both Cartagena and Santa Marta are beach locations, both cities have many water-related things to do.  This includes boat trips, scuba diving, deep sea fishing, jet skiing and many others.

We previously looked at the top 16 things to do in Santa Marta and nearby. Also, we looked at a recommended itinerary in Cartagena. 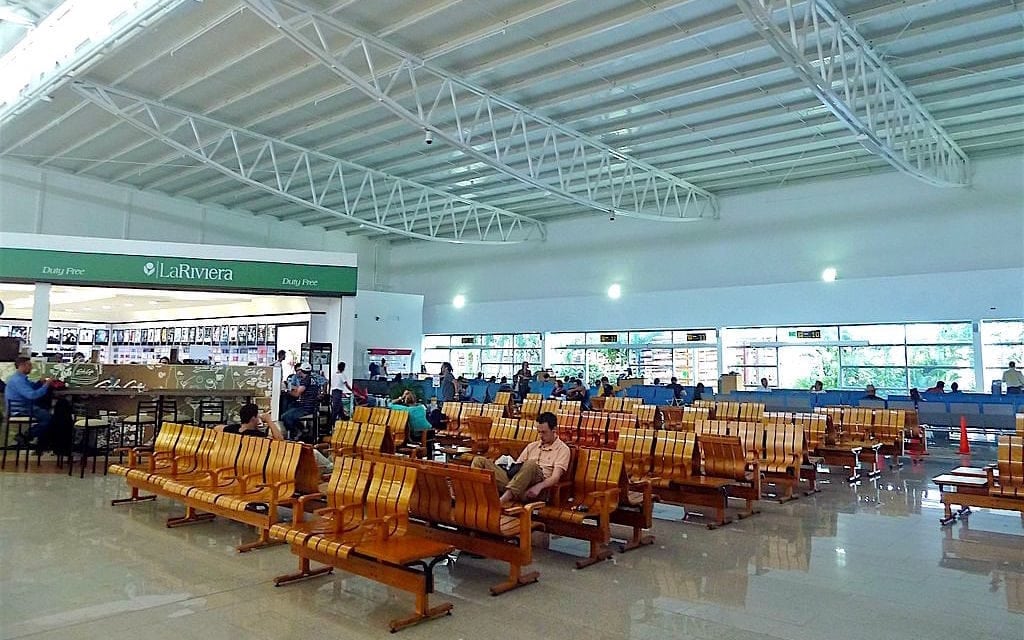 Domestically from the Rafael Núñez Airport in Cartagena you can fly non-stop to Bogotá, Bucaramanga, Cali, Cúcuta, Medellín, Pereira and San Andrés 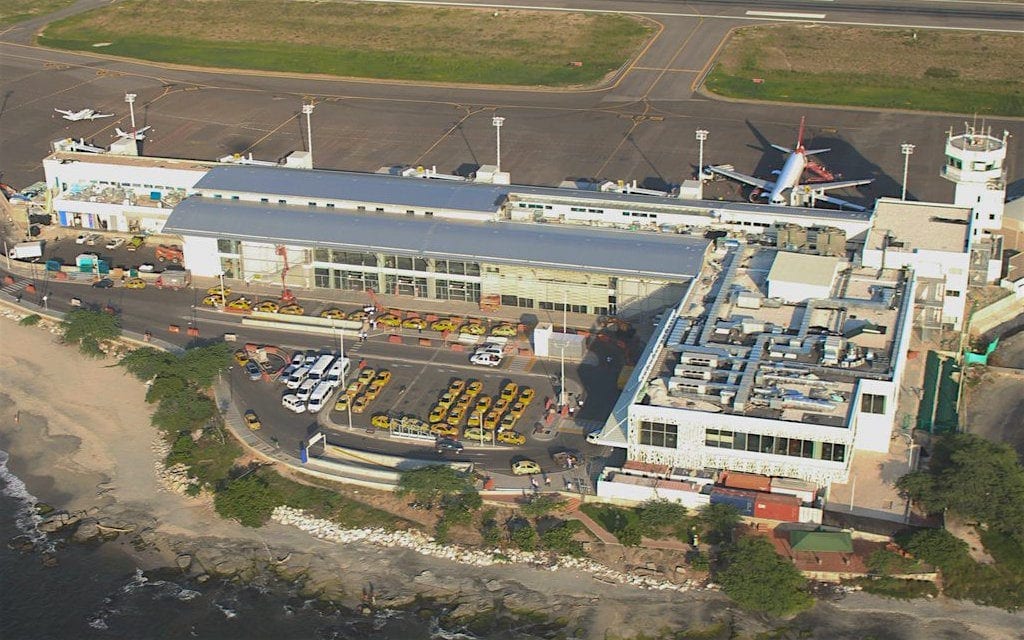 The bottom line you can fly non-stop from Cartagena’s Rafael Núñez Airport international airport to several international destinations and more domestic destinations. And your flight options are much more limited in Santa Marta. So, Cartagena wins this category.

The two cities tie here. Neither Cartagena or Santa Marta have a metro system. But both cities have extensive bus routes and inexpensive taxis.

But the taxis in Cartagena and Santa Marta do not have taximeters. So, be careful of inflated taxi fares in both cities.

Some taxi drivers in Cartagena and Santa Marta will take advantage and charge a higher “gringo” fare for foreign tourists. There is an official fare list both cities that taxi drivers are supposed to have in their taxis. But most conveniently don’t have this official list.

Cartagena wins here. Cartagena is a bigger city and is visited by more foreign tourists. So, Cartagena has many more restaurant and nightlife options than are found in Santa Marta.

Cartagena also has many more nightlife options than are found in Santa Marta, since it’s a bigger city. In addition, the nightlife in Cartagena is more diverse. You can find bars, nightclubs, music and pubs of several styles in Cartagena.

In Cartagena, the touristy El Centro, known as the Walled City, is generally considered one of the safest areas. In addition, the other tourist areas in the city like the beach neighborhoods of Bocagrande and El Laguito are considered relatively safe areas. However, the robbery rate in these wealthier neighborhoods are higher than other neighborhoods in Cartagena so take care. We have a separate article that looks at safety in Cartagena in detail.

Also, the tourist areas of Santa Marta like Rodadero is considered a generally safe area.

With Colombians in Santa Marta feeling safer in their city compared to Cartagena, Santa Marta arguably wins this category.

Cartagena wins here.  Cartagena is considered a major tourist city so you will frequently find English speakers in hotels and restaurants in the city.  And even some of the taxi drivers and shopkeepers in Cartagena speak some English.

Out of the cities in Colombia only in Bogotá are you likely to find more English speakers than in Cartagena. 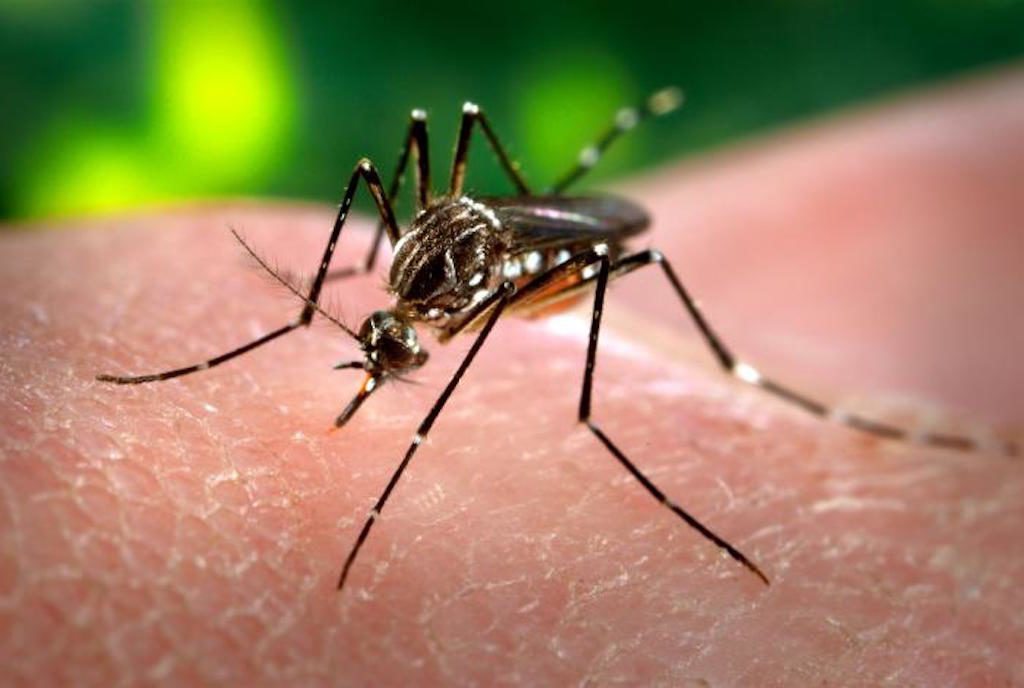 13. Mosquitos and Other Bugs

Cartagena arguably wins here. Mosquitos and other types of bugs can be a bigger problem in Santa Marta than in Cartagena.

Earlier this year I met an expat in Medellín that had traveled to Santa Marta and got sick with Zika. This demonstrates that it’s important to take precautions in. And the grocery stores and drug stores in Cartagena and Santa Marta all sell insect repellents. 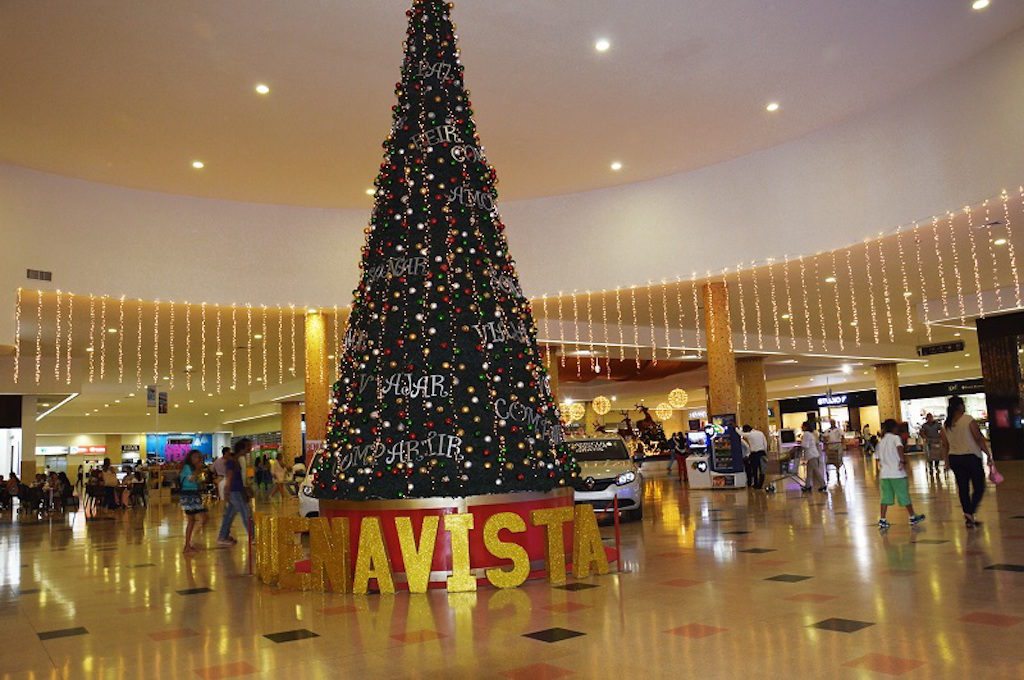 The largest mall in Santa Marta is Buenavista mall with less than 150 shops according to its website. The few other malls in Santa Marta are even smaller malls.

Cartagena wins here. Cartagena is a bigger city with about double the population. So, there are more job opportunities in Cartagena than in Santa Marta.

However, there aren’t that many work opportunities for foreigners. This is particularly the case if you don’t speak Spanish fluently. Fluency in Spanish is typically required for the best jobs in Colombia.

In addition, many of the jobs in Cartagena and Santa Marta are tourist related. So, they are typically relatively low paying jobs.

Cartagena arguably wins here. Cartagena reportedly has a larger expat population living in the city and Cartagena typically has many more foreigner tourists than Santa Marta.

The two cities tie here.  Both Cartagena and Santa Marta have high-speed Internet of up to 300 Mbps speed available.

In Cartagena, you can get up to 300 Mbps Internet speed from Claro. And up to 150 Mbps speed is reportedly available from Tigo-UNE. Most buildings in Cartagena will have service from at least one of these two providers. And both Claro and Tigo-UNE offer triple-play Internet/TV/phone services in Cartagena.

In Santa Marta, you can reportedly also get up to 300 Mbps Internet speed from Claro. And up to 20 Mbps speed is reportedly available from Tigo-UNE. Most buildings in Santa Marta will have service from at least one of these two providers. And both Claro and Tigo-UNE offer triple-play Internet/TV/phone services in Santa Marta.

Similar to other cities in the country, the highest speed Internet in both cities will normally be available only in the newest apartment buildings. In older buildings, you may be limited to lower speeds.

In terms of reliability of Internet, TV, phone, electricity and water services, both cities generally have reliable services. But Santa Marta has sometime had some water problems over the past few of years caused by drought.

We have compared on this website living in Medellin with living in several foreign locations:

Also, we have compared living in different cities in Colombia: 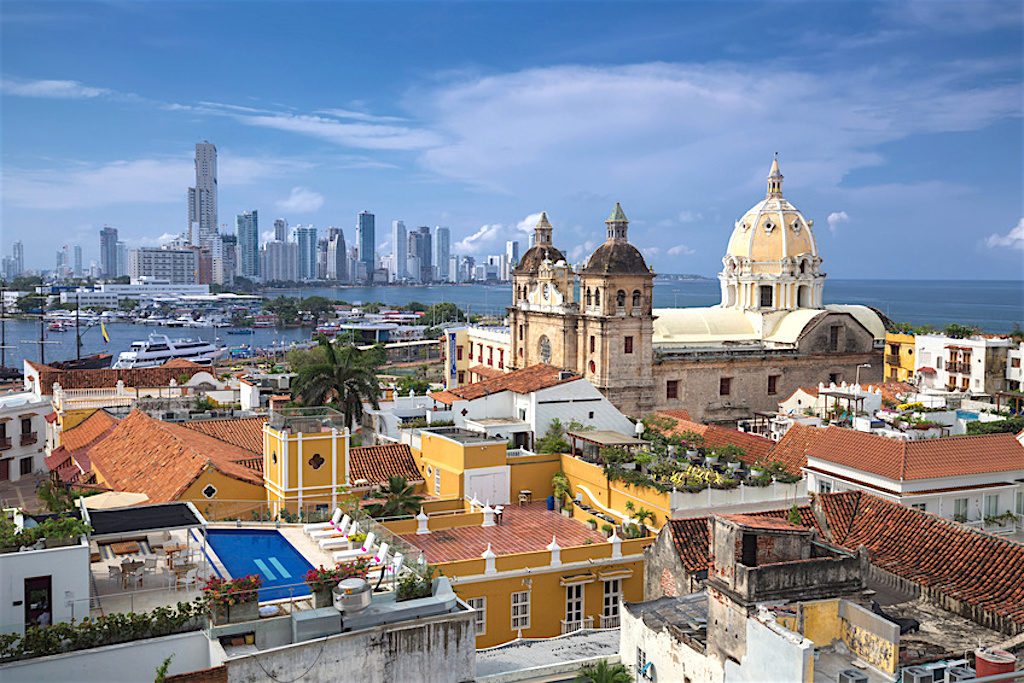 In our Cartagena vs Santa Marta comparison:

So, in this unscientific and somewhat subjective Cartagena vs Santa Marta comparison of 17 categories, Cartagena easily wins if you equally weigh the categories. 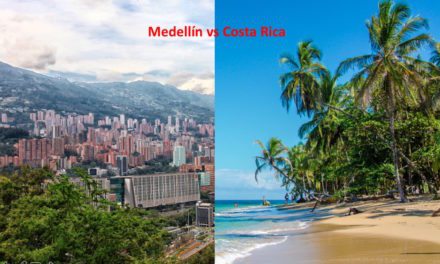 Medellín vs Costa Rica: Which is the Better Place to Live? 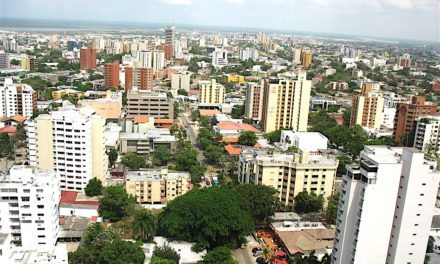 Medellín vs Barranquilla: Which is the Better City to Live? 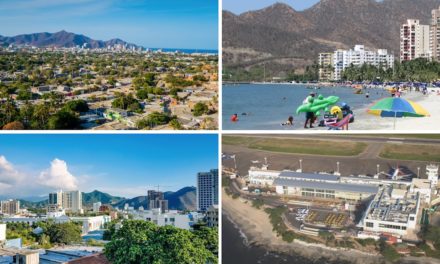 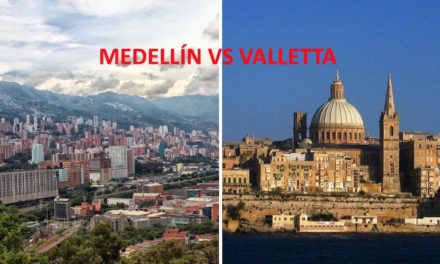 Medellín vs Valletta: Which is the Better Place to Live?