Federal Ribs: A Chain of Rib Restaurants in Medellín are Closed 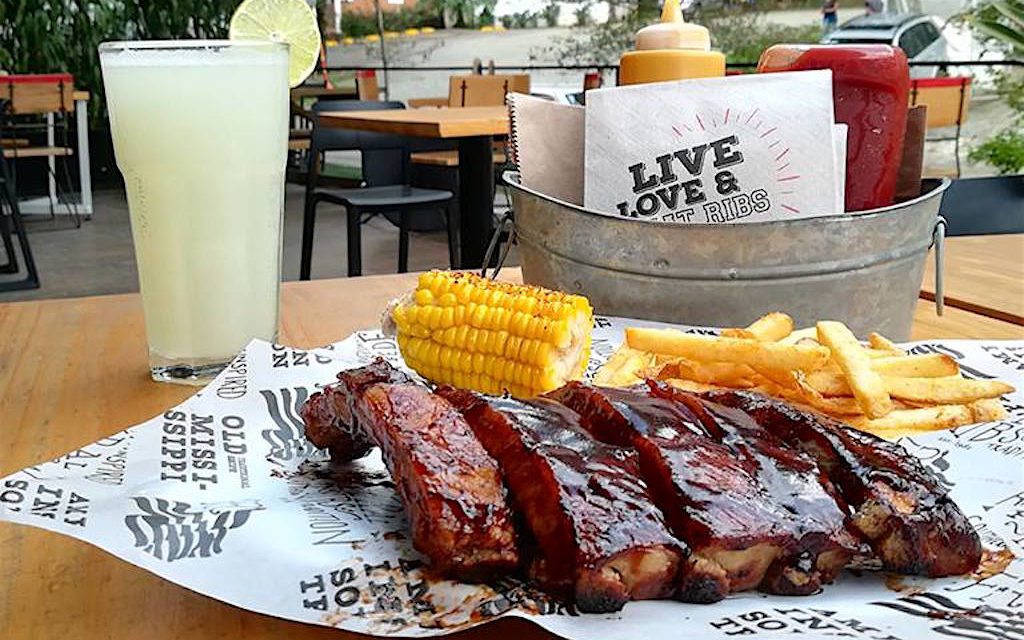 Federal Ribs was a popular chain of 3 restaurants in Medellín that had some good American-style BBQ ribs as well as good burgers but this chain is closed.

The inspiration for this restaurant chain is southern-style cooking in the U.S., which drove the owners to open five restaurants in Medellín that specialize in American-style BBQ ribs as well as these restaurants having good burgers and wings.

However two of these restaurants that were less busy closed in mid-2019. So, the restaurant had three restaurants. Two Medellin Guru readers indicated that two more had closed. But we confirmed in December 2020 that all three remaining Federal Ribs restaurants had closed several months earlier in 2020. So, all Federal Ribs locations in Medellín are now closed.

I had been to all of the Federal Ribs locations in Medellín and the food and service was consistently good in my experience.

In addition, I’m originally from Texas before moving to Medellín and I have found the BBQ ribs at Federal Ribs are similar to the BBQ ribs found in my home state in the U.S. Note the above photo is courtesy of Federal Ribs. 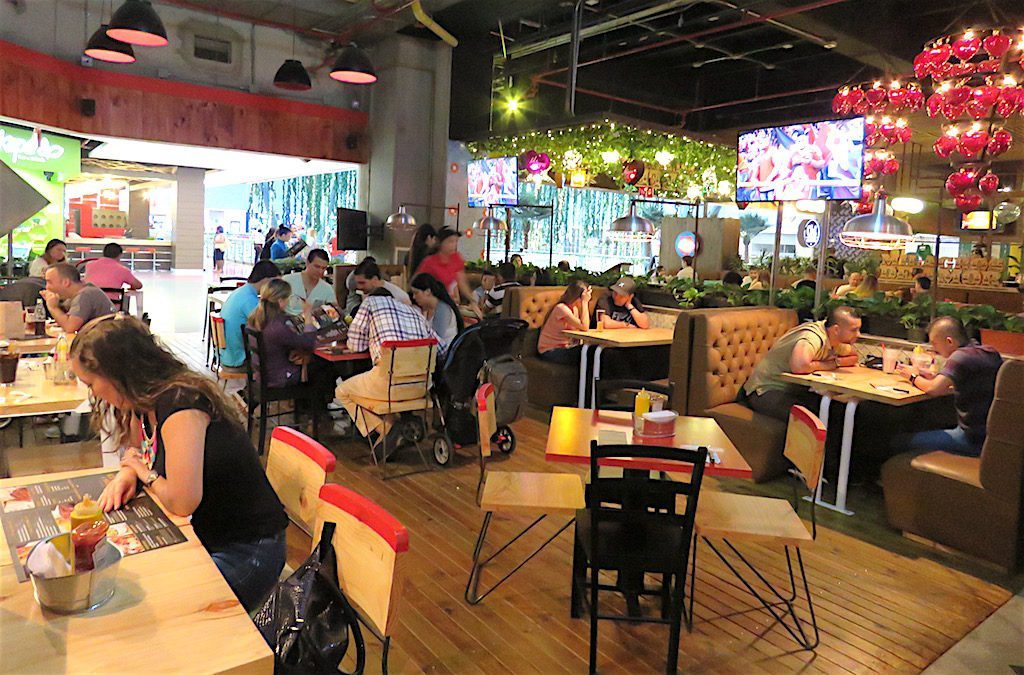 My Experiences at Federal Ribs

I tried the ribs with several different sauces and also the burgers and wings, which have all been good. My favorite sauces for the ribs are the Jack Daniel’s BBQ sauce, Diablo sauce and the 8-year Medellín Rum BBQ sauce.

I also went to Federal Ribs with a reader of Medellin Guru. He had a half-rack of ribs with Diablo sauce and said they were the best ribs he has experienced in a long time. And I had a Beef Burger, which perfectly cooked and was very tasty as it uses Angus beef. Our total including drinks and tip for two was 72,400 pesos.

In addition, the Federal Ribs restaurants had free Wi-fi available. So, you could browse the Internet or work while there. 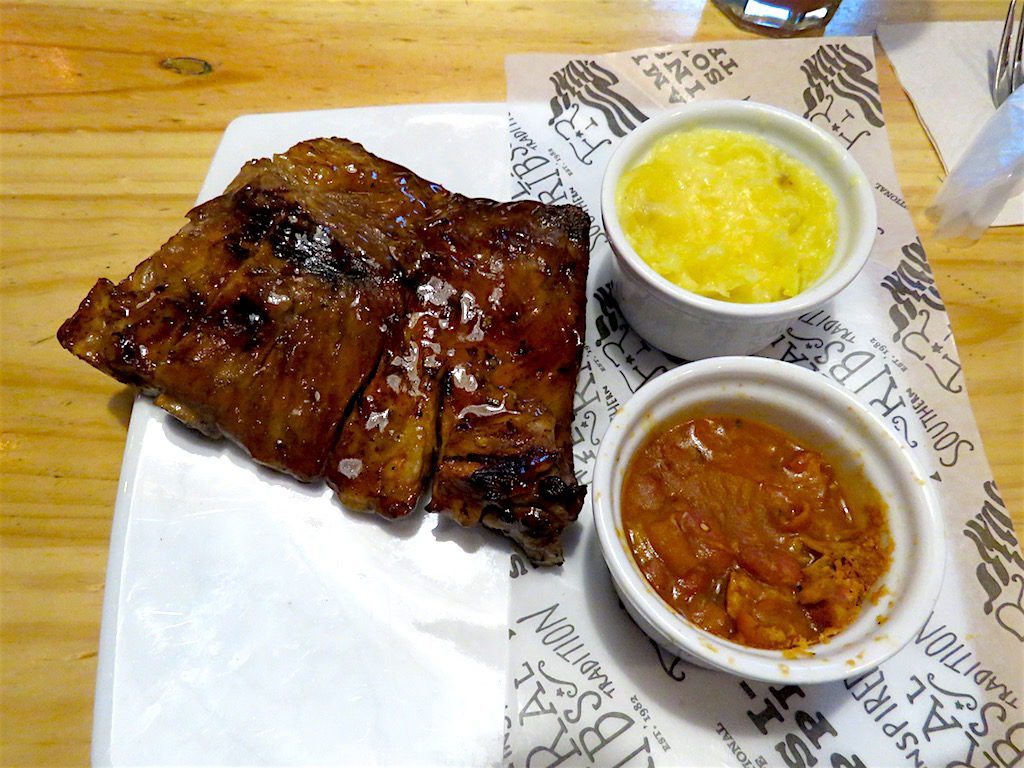 Half-rack of ribs with two sides

Since I first discovered this restaurant chain over a year ago, the food menu changed with more items added to the menu. In addition, the prices have increased somewhat.

Every order of ribs came with a choice of two sides. You could select from coleslaw, chili, corn on the cob, green salad, vegetables, French fries or four other potato options.

Also, there were two larger orders of ribs. There was one for four people for 79,900 pesos and one was for five people for 88,900 pesos. 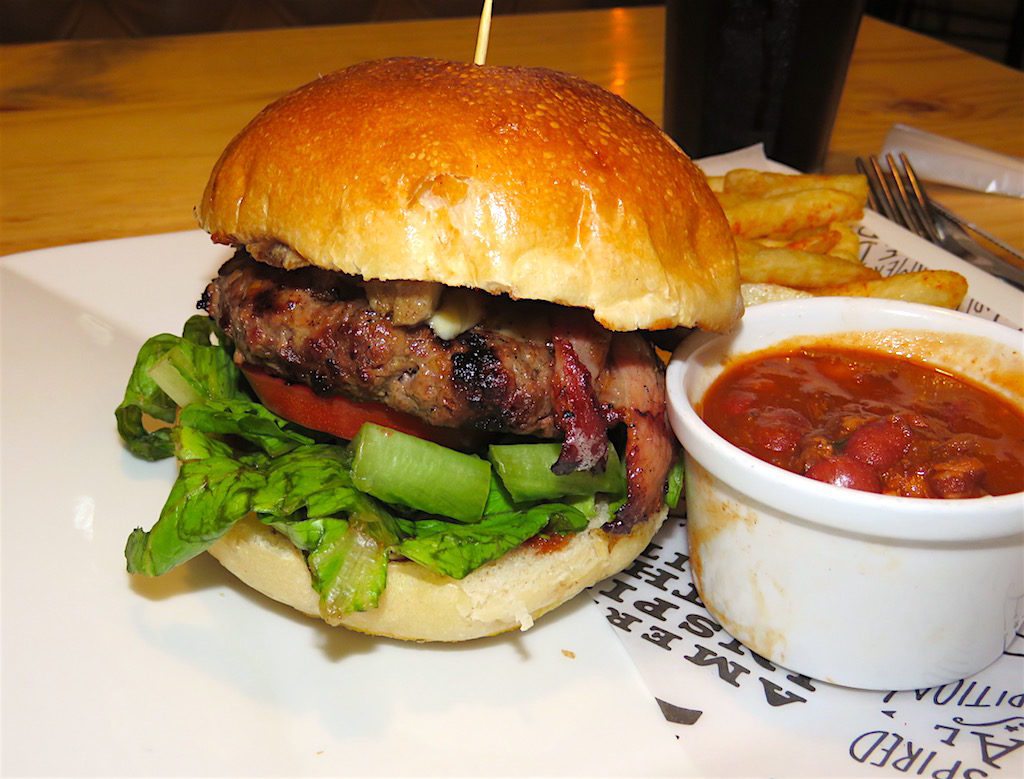 The Rib Burger with chili and fries

Federal Ribs had nine different burgers on the menu: 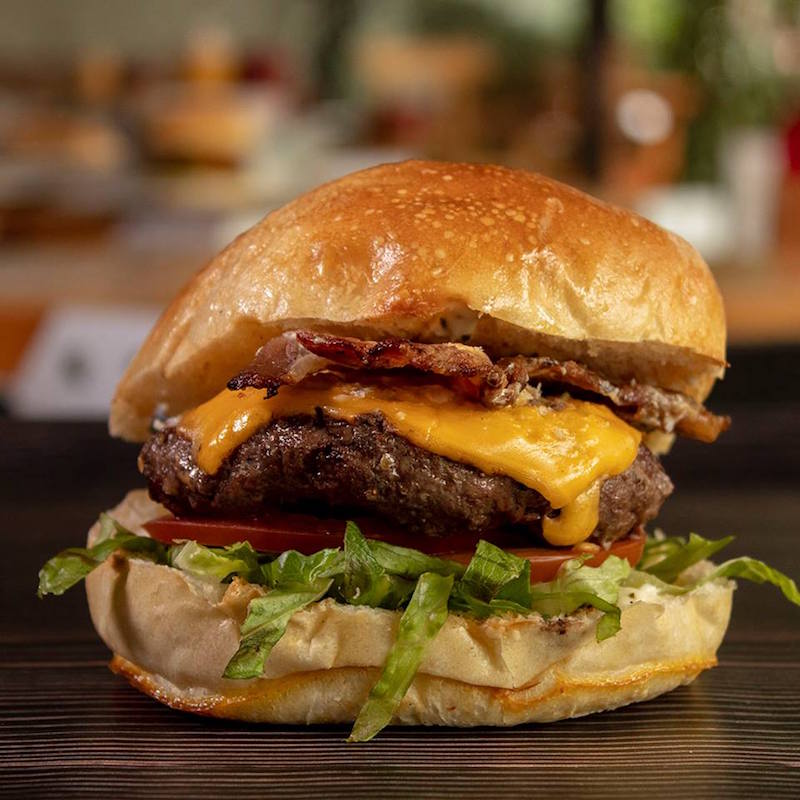 The Beef burger with 180 grams of Angus beef, photo courtesy of Federal Ribs

Each burger came with one of the sides listed earlier or an extra charge for additional sides. 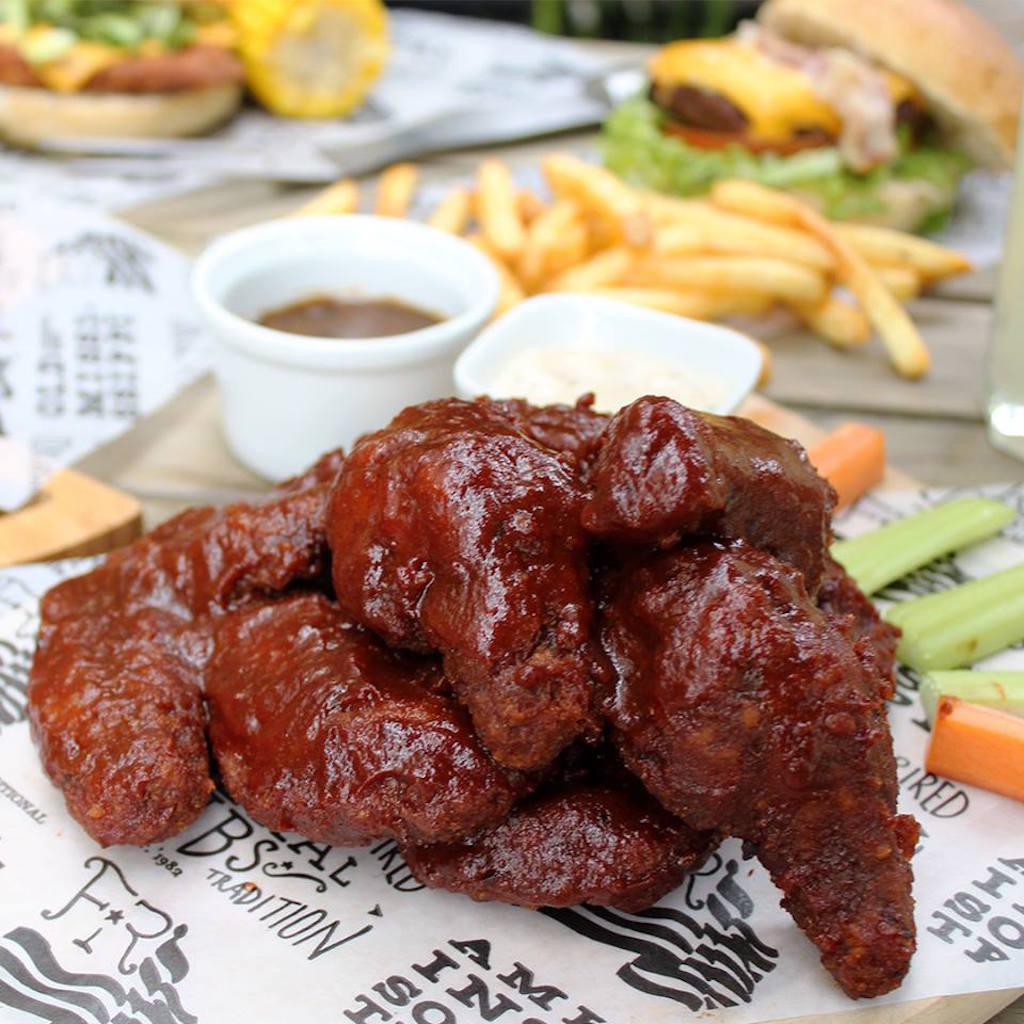 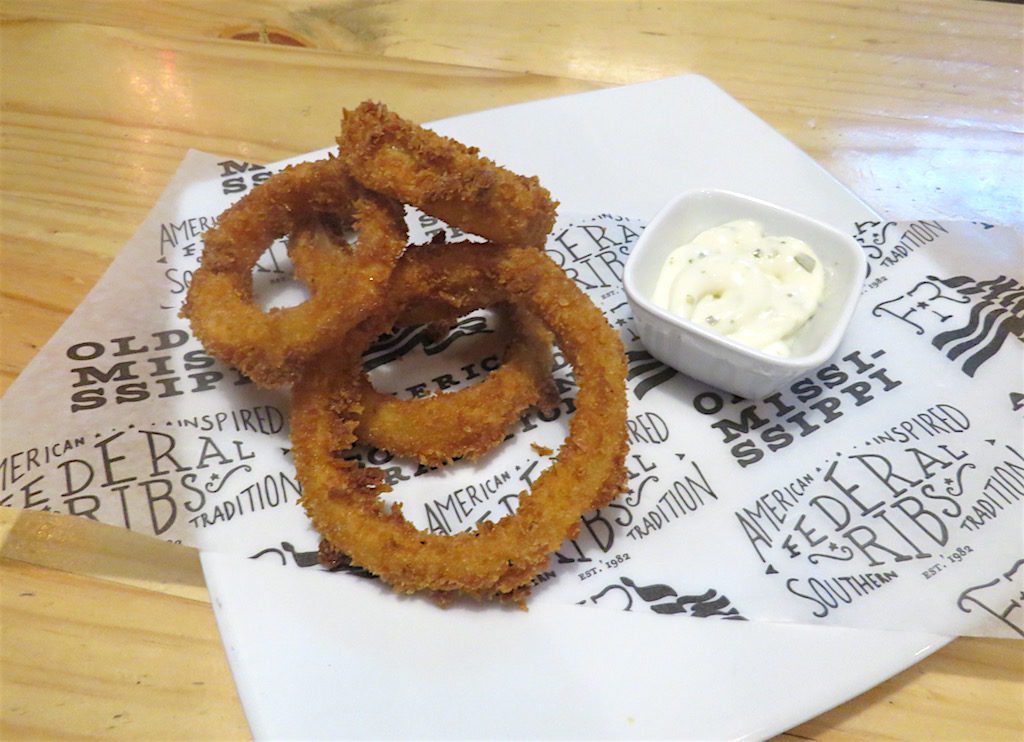 In addition, there were eight different appetizers on the menu priced between 9,900 to 16,900 pesos. The appetizers included cheese fries, cheese sticks, chicken tenders, nachos, onion rings, quesadillas and tomato soup.

Also, there was a kid’s menu with three options for 17,900 pesos each.

On the drink menu, this restaurant chain had 12 different beer options priced from 6,000 to 9,000 pesos. They also offered wines for 52,000 pesos per bottle and three types of sangria for 56,000 pesos per pitcher each. In addition, they had three cocktails priced at 17,000 pesos each.

Furthermore, they had several natural juices for 7,000 pesos and sodas and bottled water for 3,900 pesos.

How to Get to Federal Ribs 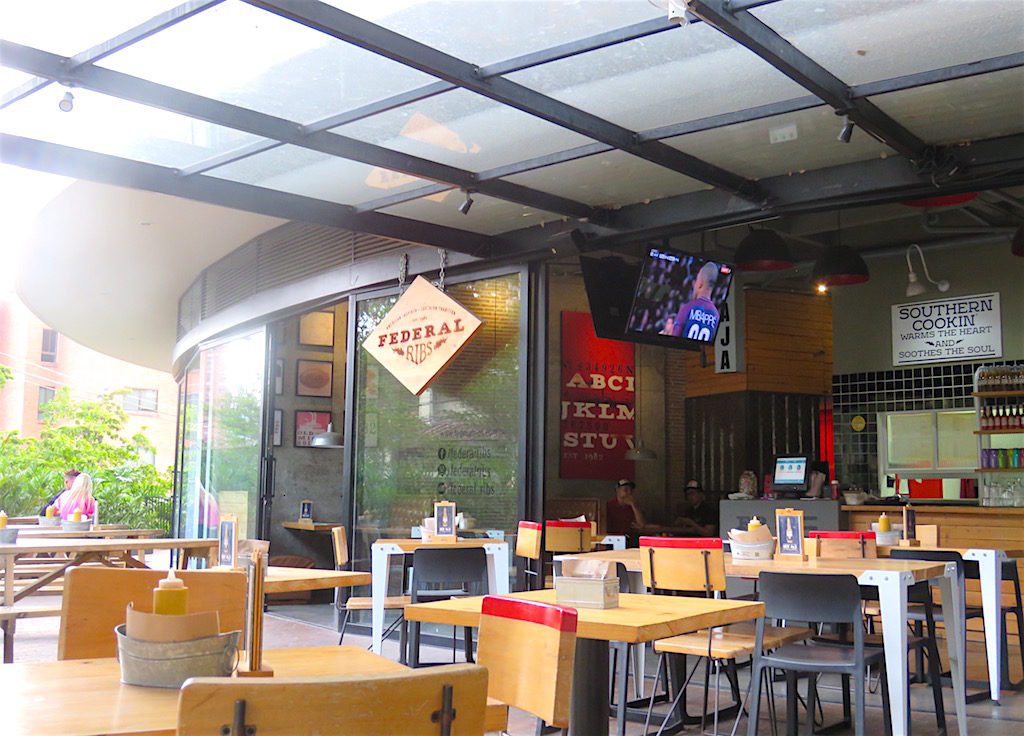 The five restaurant locations (all closed) were as follows: 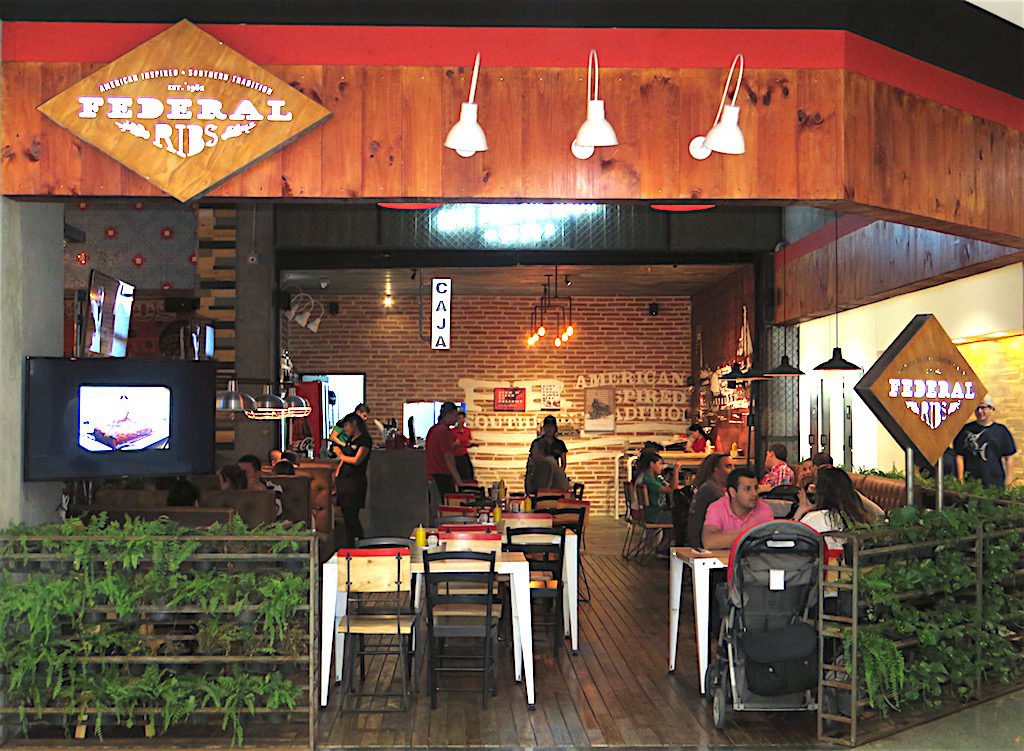 Furthermore, if going on the Medellín Metro, the easiest location to get to was in Envigado at the new Viva Envigado Mall (located near the Envigado metro station on line A). 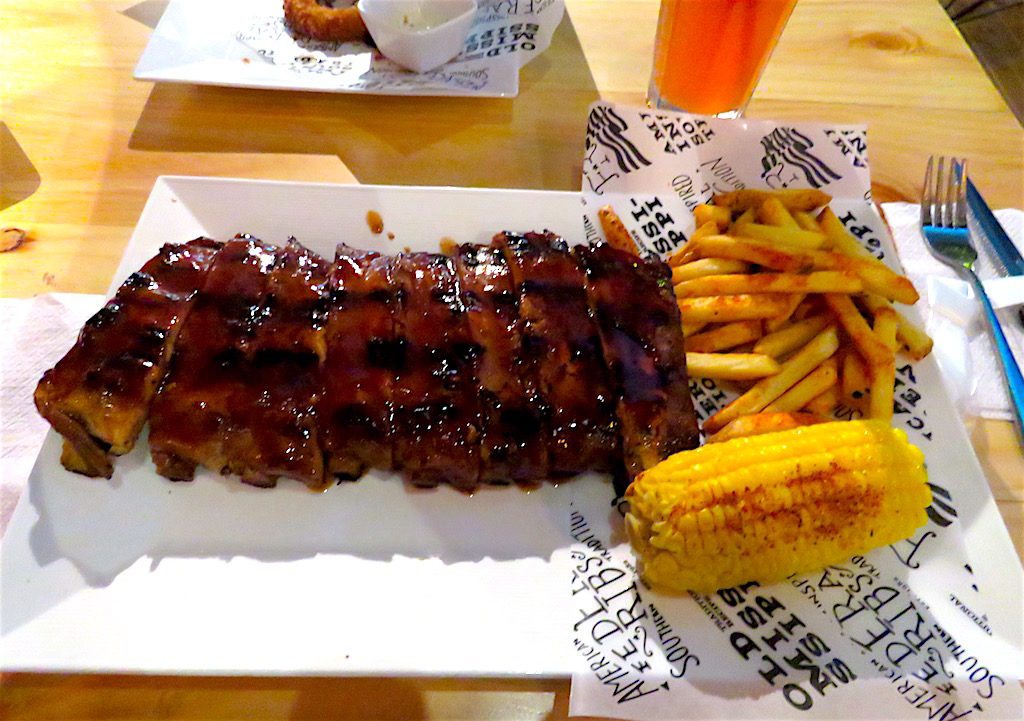 A full-rack of ribs at Federal Ribs

The Bottom Line: Federal Ribs in Medellín in Closed

I like BBQ ribs and before discovering Federal Ribs I used to eat at Mu in El Poblado several times each year. Mu has some really good BBQ ribs and even uses the slogan “Fukin’ Good Ribs”.

The biggest problem with Mu is that it’s only open on Friday and Saturday nights each week from 6 pm to 10 pm. Also, it’s located in El Poblado, which I try to avoid going to since I live in Sabaneta.

Federal Ribs in comparison was open seven days a week for lunch and dinner. The chain had five locations in the Medellín metro area but it closed two in 2019 and the other three locations closed in 2020.

Editors note: updated on January 22, 2019 with information from the new menu  at Federal Ribs.

Editors note: updated on September 17, 2019 with information that two locations of Federal Ribs are closed in Sabaneta and Envigado. So, this restaurant now has three restaurants instead of five.

Editors note: updated on December 14, 2020 with information that all Federal Ribs locations in the Medellín metro area are closed. 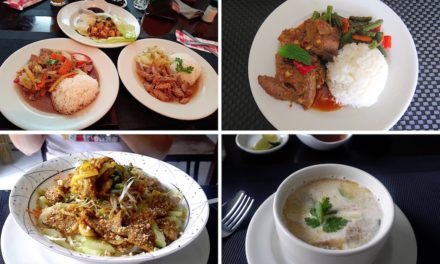 Lemoncillo: A Vietnamese Restaurant in Envigado with Good Food 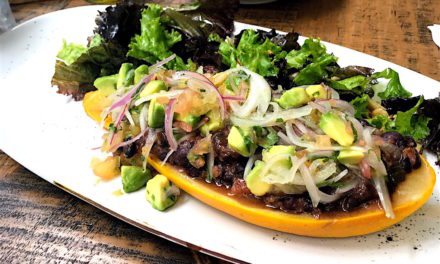 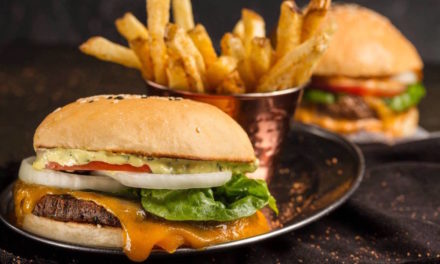 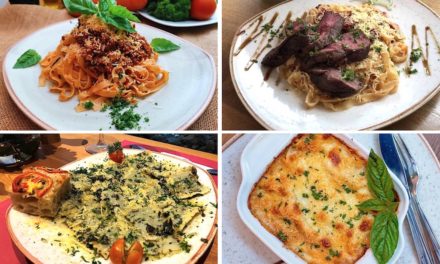