OLSA International has a 4,300 square foot building in Estadio with three spacious classrooms, an additional classroom/dance hall, conversation spaces on the first and second floors, an outdoor patio and balconies and a restaurant serving Mexican-American cuisine. It also has a second location in El Poblado.

At OLSA it is possible to obtain a Colombian student visa with courses that cost less than the universities in Medellín. Also, OLSA, exceeds the minimum of 10 hours of class per week required for a student visa with an immersive 14 hours weekly of certified grammar and conversational Spanish classes. 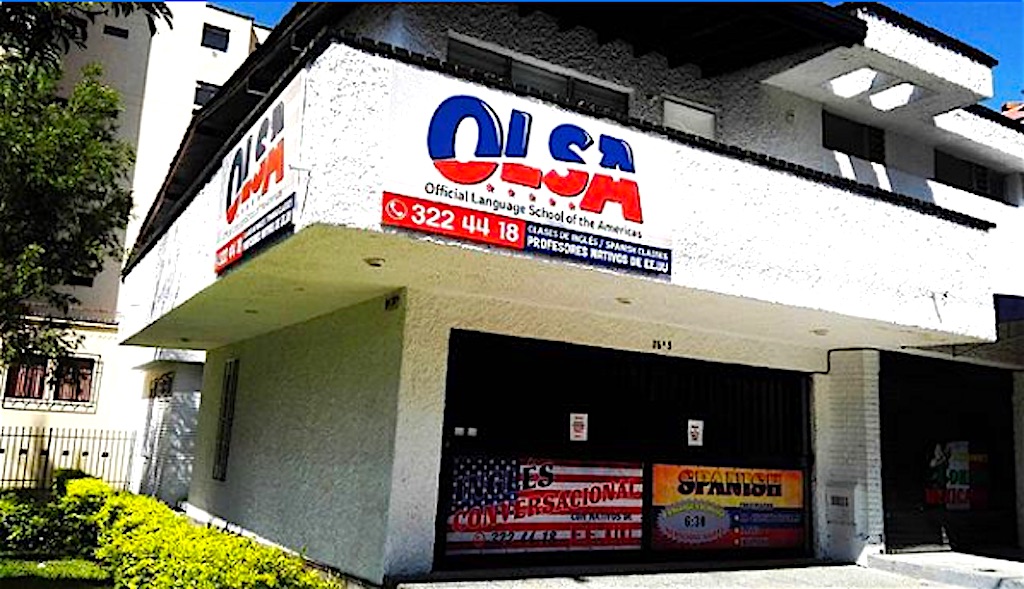 OLSA uses the United States university-accredited Vistas and Facetas systems as the foundation of its grammar classes.

These two systems are used by more than 100 universities across the United States for Spanish 101, 102, 201 and 202. Medellin Guru believes OLSA is the only Spanish school in Colombia using U.S. university-accredited Spanish curriculums.

OLSA’s Spanish program is also licensed by the Secretary of Education of Medellin and the Ministry of Education of Colombia for international certification in Spanish A1, A2, B1 and B2 levels. So, you can obtain a Colombian student visa for taking Spanish classes at OLSA.

With OLSA, students can complete all four levels (A1, A2, B1 and B2) in as little as one year! This provides the opportunity to complete two years of university Spanish in just one year abroad at OLSA. 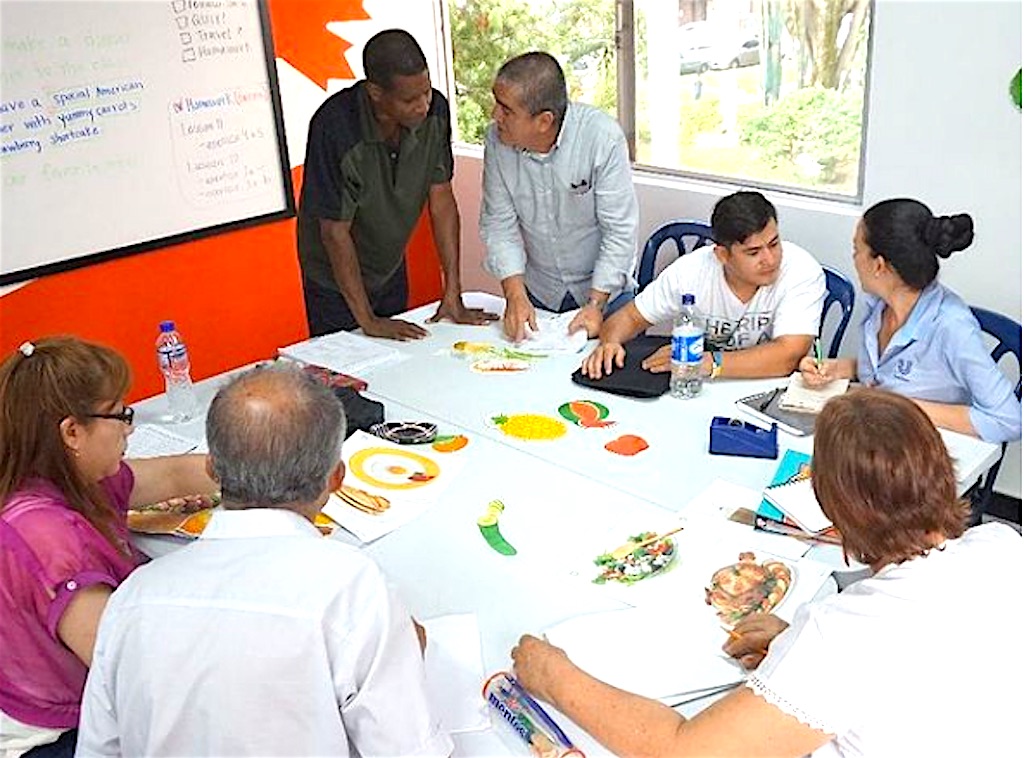 A class at OLSA (pre-pandemic), photo courtesy of OLSA

OLSA’s focus is conversation. So, group classes are the most beneficial, plus they are the most economical.  See OLSA’s 2021 Group Class Schedule below.

2021 Costs for Spanish Courses at OLSA

All courses at OLSA are 14 hours per week (8 hours of grammar and 6 hours conversational).

Levels A1 and A2 are two months each and levels B1 and B2 are four months each. 2021 costs for Spanish courses are:

These highly-intensive and highly-interactive classes are designed to improve oral Spanish comprehension and the ability to respond orally in Spanish individually and in group settings.

OLSA uses a variety of conversations, games, activities, multi-media and other tools to help develop these skills in its conversation classes.

These daily Spanish conversation classes have a maximum of 6 students per class and are 75- to 80-minute sessions. The daily Spanish classes are four days per week and students can start classes on any day Monday to Friday.

Medellin Guru reviewed all the Spanish schools in Medellín and selected OLSA International as our recommended Spanish school partner. 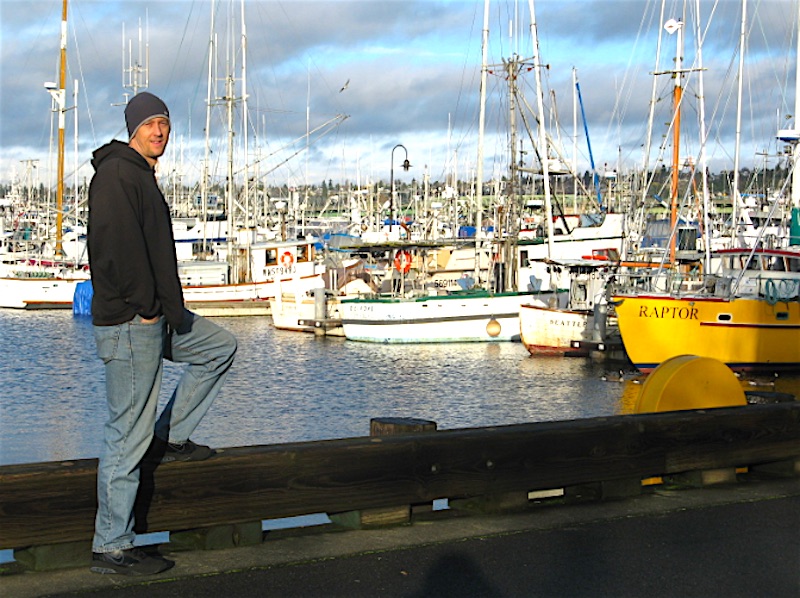 Shane the owner of OLSA

About the Owner of OLSA

Shane Keeley is the owner and operator of the Official Language School of the Americas (OLSA).

Shane graduated from Simpson Christian University in 1996 with a BA degree in Business Administration.  After graduating from Simpson Christian, he left the United States and spend a year in Valencia, Spain; going to school to perfect his Spanish and partaking in the vibrant Hispanic culture.

Upon his return from Spain, Shane spent 15 years teaching, moving from elementary to middle school and high school.  In 2015, he was looking for another adventure in life.  So, after some research, Shane sold his house and nearly everything he owned and moved to Medellín, Colombia.

After a few months of meeting people, experiencing more about this quickly evolving city, Shane was presented with the opportunity to use his experiences in education, along with the help of some Colombians, to create a one-of-a-kind international language school. So, OLSA International was born.

How to Get to OLSA International

OLSA International’s first location is located in Estadio where the large football (soccer) stadium in Medellín is located.

The school is within a five-minute walk to Medellín’s multi-sport complex (built for the Pan Am games in 2012 which includes public pools, martial arts, basketball, volleyball, baseball, soccer and more.

Also, the school is located a 15-minute walk from LA-70 (setenta), which is a popular nightlife area in the Laureles-Estadio neighborhoods.

OLSA is near two Medellín Metro stations on Line B, Estadio and Floresta. The closest metro station is Floresta. And OLSA International is located about an 8-minute walk from the Floresta metro station. 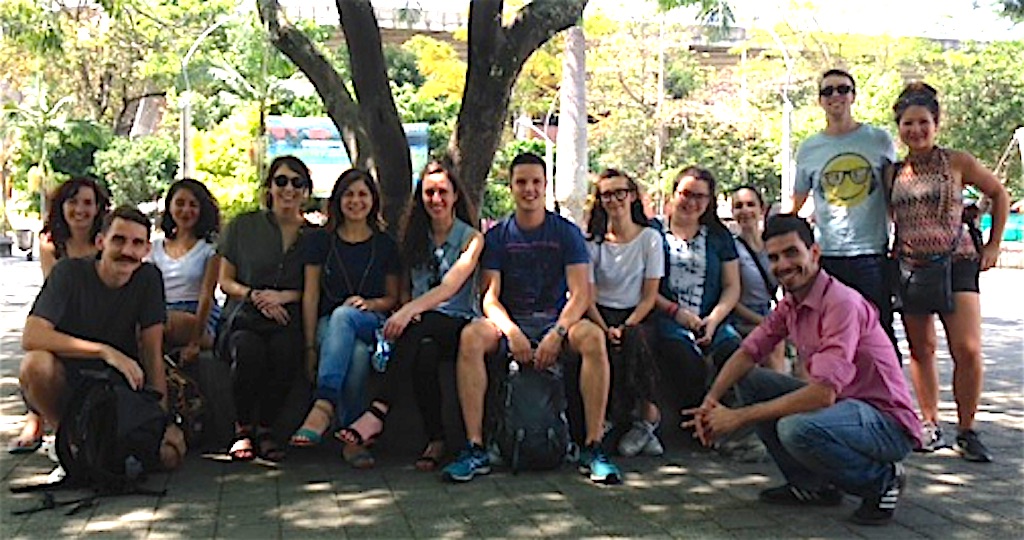 OLSA International is a popular Spanish school in Medellín that offers student visas with certified grammar courses as well as conversational Spanish classes.

In addition, the owner of OLSA is an experienced educator from the U.S. and the school offers customer service that meets the sometimes-demanding expectations of foreigners. 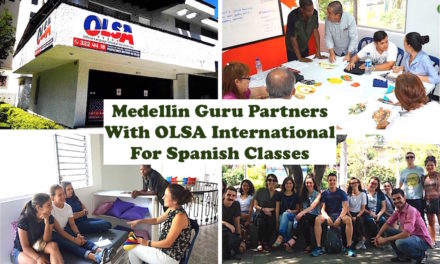 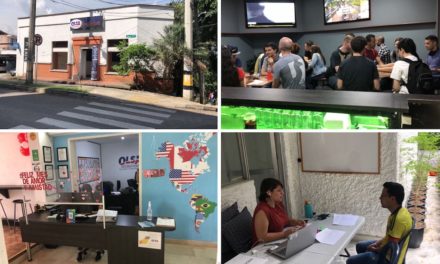 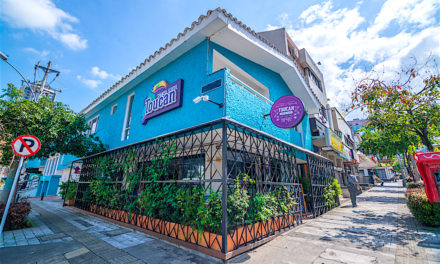 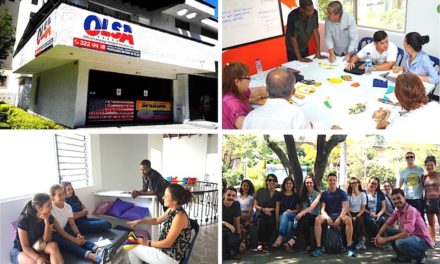